Literacy: You just can’t fake it 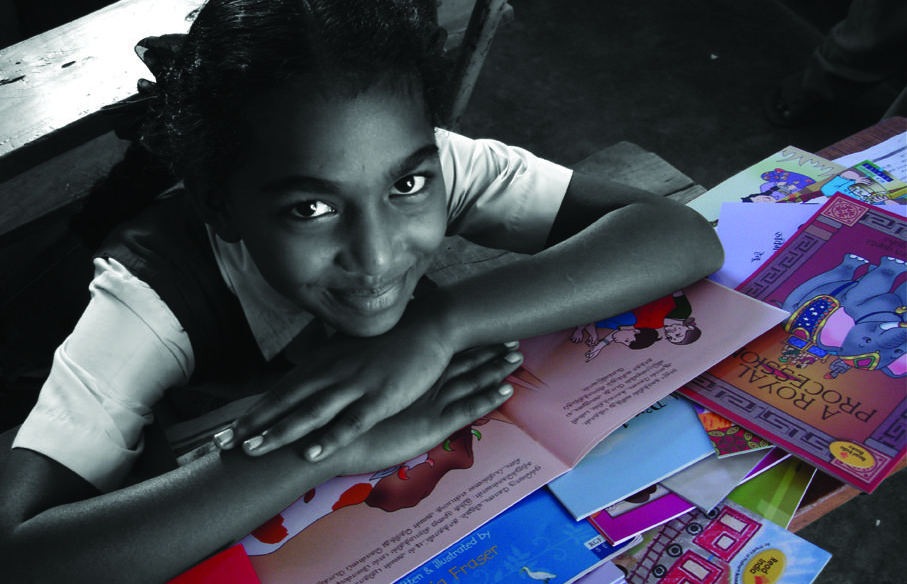 In South Africa about 80 percent of children can’t read properly after four years of full-time schooling and we are told that we must be devoting more time and resources to teaching them to collaborate? Or think critically? Or to code? But... They. Can’t. Read.

In 1837 Hans Christian Andersen wrote a story about a vain emperor who appoints two weavers (who turn out to be con men) to make him a fabulous new garment. As the story goes, the weavers promise to make it from “wonderful cloth” that “would be invisible to everyone who was unfit for the job he held, or who was very simple in character”.

Slightly afraid that he would not be able to see the cloth himself, the emperor sends his wisest men to first observe the weavers at work and report back to him what they find. One after the next, the wise men and courtiers go to the see the con men diligently working at empty looms and sewing imaginary cloth with their needles, but the wise men proclaim their admiration out of fear that they will be exposed as stupid or incompetent, each praising the work more loudly than the next.

“What a splendid design! What glorious colours! Magnificent! Charming! Excellent!”

Eventually the emperor himself goes to see the finished works and, although seeing no clothes at all, he hears the praise of everyone else and fears being called out. The story ends with the emperor parading through the town in his new clothes, where in reality he is prancing in his underwear. While everyone pretends to see the beautiful clothes, and look on with approval and announce their admiration, a child shouts, “But the Emperor has nothing at all on!” at which point the public realise the whole thing was a farce. The story ends thus:

“The Emperor was upset, for he knew that the people were right. However, he thought the procession must go on now! The lords of the bedchamber took greater pains than ever, to appear holding up a train, although, in reality, there was no train to hold, and the emperor walked on in his underwear.”

So, what does this fairy tale have to do with literacy in South Africa? It turns out quite a lot. Over the last two years, more and more otherwise sensible commentators have been starting to talk about terms like “The Fourth Industrial Revolution”, “Artificial Intelligence” and “21st Century Skills.” There are long presentations about the need for children to learn coding in primary schools and for more explicit teaching of the 4 C’s (collaboration, critical thinking, creativity, communication).

We are repeatedly exposed to Alvin Toffler’s quote that “the illiterate of the 21st century will not be those who cannot read and write, but those that cannot learn, unlearn and relearn.” And that we are “preparing children for jobs that don’t yet exist, using technologies that haven’t been invented in order to solve problems that we don’t even know are problems yet” (Richard Riley). All of this is obviously true. The world of work in the future will be radically different to what it is today.

The premium on non-cognitive skills is rising as more and more advanced computers do what we used to do, only faster, cheaper and more reliably. But it is also true that 78 percent of South African Grade 4s cannot read for meaning in any language in 2016 (according to PIRLS 2016). These statistics are from a reliable internationally set assessment that 50 countries participate in. Interestingly, in the UK (where they are introducing coding in primary schools) the percentage of children that cannot read is a mere three percent. In the US it is four percent, in Chile 13 percent, in Iran it is 35 percent (note Iran has the same GDP per capita as South Africa). If we were having this conversation in the UK I would have a different opinion.

In South Africa about 80 percent of children can’t read properly after four years of full time schooling and we are told that we must be devoting more time and resources to teaching them to collaborate? Or think critically? Or to code? “In the future, they will need to know how to work with artificial intelligence.” They. Can’t. Read. This sentence that you’re reading now — they can’t.

This is our Emperor and these are our fantastical clothes. Children that do not learn to read for meaning after three years of schooling are never going to learn these other skills or be employed in the 21st century. Yes, children of the future will need more and different skills, but you cannot leap-frog literacy.

That’s because you can’t do any of these other things properly if you don’t learn to read first. Some might say we can do both, together, reinforcing each other, but this neglects the fact that there are real trade-offs. I have yet to see any practical plans for how time and resources given to these other areas aren’t time and resources taken away from teaching reading — a skill that clearly the majority of children are not getting.

In addition to the above, we should not be introducing a third African language in schools where most children have not learned to read properly in their home language. Notwithstanding the above, this is now the policy, the “Incremental Introduction of African Languages”.

If this were restricted to the 20 percent of schools where most children do learn to read, that would be fine, but it isn’t. For various political reasons, even struggling no-fee schools are now told that they must teach three languages, when they currently cannot even teach one. “What a splendid idea! How inclusive! How multicultural!”

I was at a high-level government workshop recently where the topic of implementing Swahili in pilot schools was discussed in a serious way — presumably because of a pan-African workshop that was held where the idea came up and was thought to be a good one by the president or a minister.

Where are the children saying: “But the Emperor has nothing at all on!” and helping to break us out of the spell of magical thinking. These “good ideas” are harmful distractions. We need to call a spade a spade and get back to basics. We need to be hard-nosed and shut down the 42 other priorities and programmes and “good ideas” that litter our primary schools and distract us from the one goal we can’t afford not to achieve: Ensuring that all children learn to read for meaning by age 10.

If I had to bet the farm on one skill that children will definitely still need in the 21st century, it would be high levels of literacy. Other things, yes, but literacy first. DM

Dr Nic Spaull is a Senior Researcher in the RESEP group in the Economics Department at Stellenbosch University.