Theresa May in Africa – better late than never? 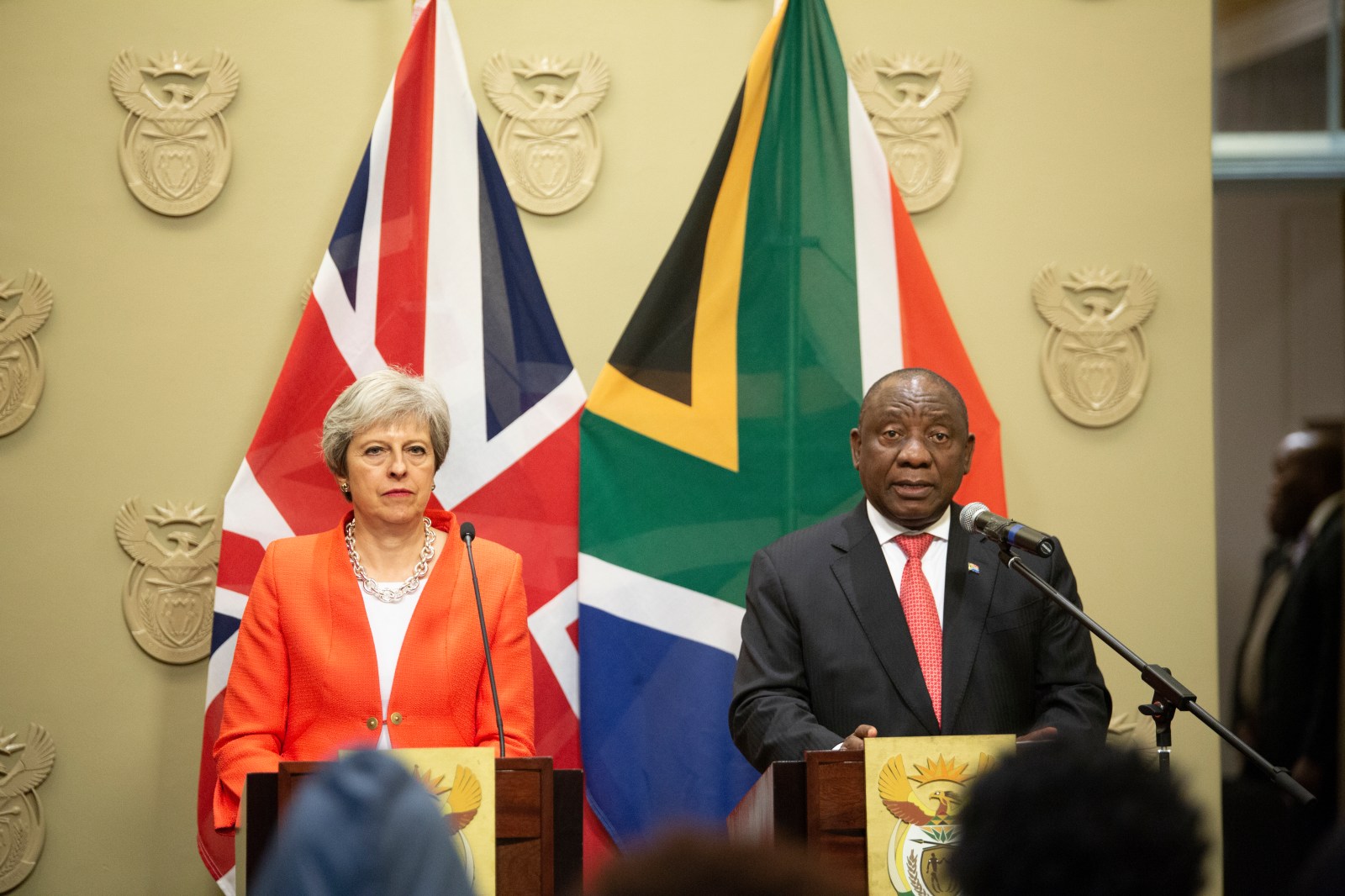 Theresa May’s new, and rather belated Africa policy, is more qualitative than quantitative in its benefit. By Peter Fabricius

The contrast couldn’t have been greater. A few days earlier US President Donald Trump enraged Pretoria by tweeting that he had asked his administration to investigate the South African government for expropriating land without compensation and also to probe farm murders.

This week, British Prime Minister Theresa May said she supported President Cyril Ramaphosa’s approach to land reform, which she thought could unlock investment opportunities in Africa. This was because she accepted his assurances that land reform would be conducted transparently, legally and democratically.

Many observers also noted that it has taken May a long time to visit Africa, while French presidents, for example, and Chinese President Xi Jinping, have been here a few times. It was May’s first visit as prime minister to Sub-Saharan Africa and the first by any British prime minister since David Cameron attended Nelson Mandela’s funeral in 2013.

May was on the first leg of an African tour that included Kenya and Nigeria. In Cape Town she announced a ‘new partnership’ with Africa founded on mutual benefit, ‘shared prosperity and shared security’.

“As prime minister of a trading nation whose success depends on global markets, I want to see strong African economies that British companies can do business within a free and fair fashion,” May said. “Whether through creating new customers for British exporters or opportunities for British investors, our integrated global economy means healthy African economies are good news for British people as well as African people.”

That’s why she said she would be signing an agreement later that day with the five nations of the Southern African Customs Union and Mozambique. This would confirm plans to carry over the EU’s Southern African Development Community Economic Partnership Agreement with those six nations into a UK trade deal after the UK leaves the EU.

Her government would use the UK’s international development funds to help African countries become more attractive to British investment. May said her ambition was to make the UK the G7’s biggest investor in Africa by 2022 and promised investments of €4-billion in African economies, especially to create jobs for young people.

She noted that though the three African countries she was visiting were thriving economically and the continent would this year have 10 of the fastest-growing economies globally, poverty was still rife, especially among the youth.

She addressed a major gripe of many African countries that Western countries were turning a blind eye to their citizens stashing billions of ill-gotten gains in tax havens. May promised to use aid to support a major new crackdown on illicit finance and organised crime – a commitment that should be monitored.

Britain’s aid programme would also work for Britain itself, she said, combating poverty and tackling global challenges, including security priorities. So the policy would help fast-growing ‘frontier’ markets like Côte d’Ivoire and Senegal while creating opportunities for investors, including British companies.

The new policy would also support those on the front line of instability by investing more in Mali, Chad and Niger, which are fighting terrorism in the Sahel. This would include opening embassies in Niger and Chad and expanding Britain’s presence in Mali.

Britain would invest more in helping countries fight Boko Haram and al-Shabaab, and in countering illegal migration and trafficking in people. May and Ramaphosa also agreed to collaborate to bolster the international rules-based order when South Africa joins the UN Security Council next year.

May wasn’t talking the sort of megabucks of investments which Jinping is sure to announce at next week’s Forum for China Africa Cooperation which he will co-chair with Ramaphosa. Nor even was May’s new Africa policy anything, at least quantitatively, like that which Tony Blair unveiled in 2005 when he led the G8 nations to forgive much of Africa’s international debt and promise to double aid by 2010 to $50-billion a year.

So the British media has been cynical about May’s visit, dismissing it as a publicity stunt to distract attention from the faltering Brexit process. It’s also seen as a belated turning to Africa to seek some commercial consolation for the trade and commerce the UK will lose when it exits the EU. Commentators suggest that Africa won’t be fooled by this new interest in the continent.

But even if May’s new Africa policy isn’t on a large scale, it is based on a commitment to international solidarityand open global markets in an era when those values are waning and nationalism, protectionism and populism are on the rise.

May stressed this in her Cape Town speech, rejecting those who responded to the challenges of globalisation by undermining cooperation and rebuilding trade barriers. Instead she said the world needed “to ensure the forces shaping our world deliver for all our people”. Africa’s challenges were everyone’s, as economic failure there would cause security and environmental problems that would impact everyone, May said.

In a real sense, May’s new policy was more qualitative than quantitative. She stressed, with a sideways swipeat China perhaps, that the three countries she had chosen to visit were all “thriving” democracies with dynamic economies and strong international ties.

Her Africa tour was intended partly to underscore the sort of values which, if adhered to by all, could create a world in which Africa, as others, could thrive and prosper. Whether or not values beat the massive bricks-and-mortar investments of China is a moot point. Probably democracies like the UK couldn’t possibly muster such huge infrastructure projects anyway because their voters wouldn’t allow it.

Viewed philosophically, Africa should consider that in a global climate of disengagement, one more important commercial partner has committed to remain engaged in the continent, even if rather belatedly. DM