Mercedes-Benz X250d Double Cab 4Matic: In search of the...

Mercedes-Benz X250d Double Cab 4Matic: In search of the X-factor 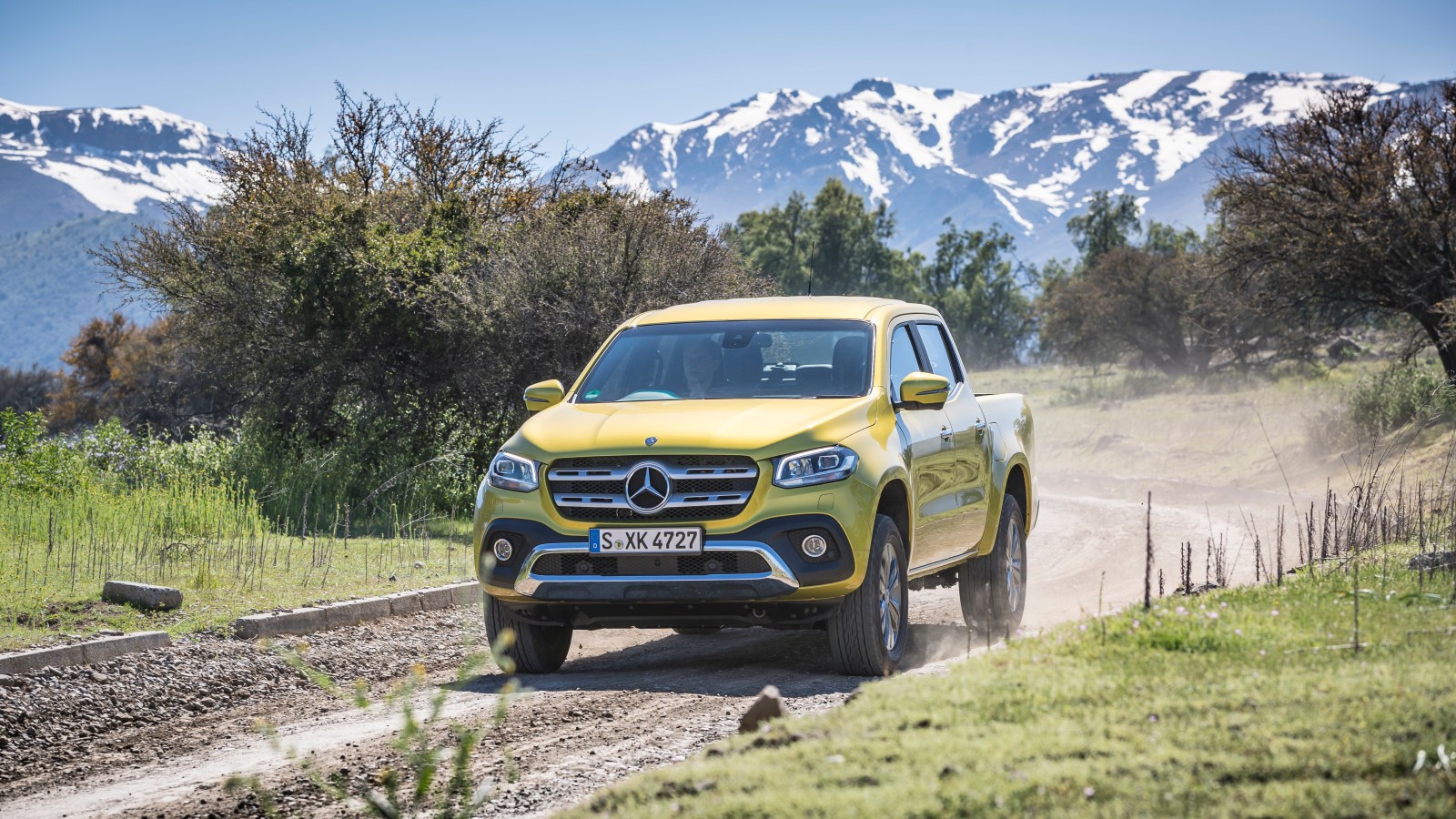 In a bakkie-wise country like South Africa, actual capability counts for more than premium-brand prestige. So, does the Mercedes-Benz X-Class have enough of the right bakkie stuff to warrant its steep asking price?

For those who still think of pick-ups (or bakkies in the South African vernacular) as little more than utilitarian workhorses, the notion of a Mercedes-Benz bakkie might seem incongruous.

But consider this: Mercedes-Benz has a strong and highly regarded commercial vehicle offering. It’s been making trucks and vans for decades, so utility is no stranger to the Three-Pointed Star. 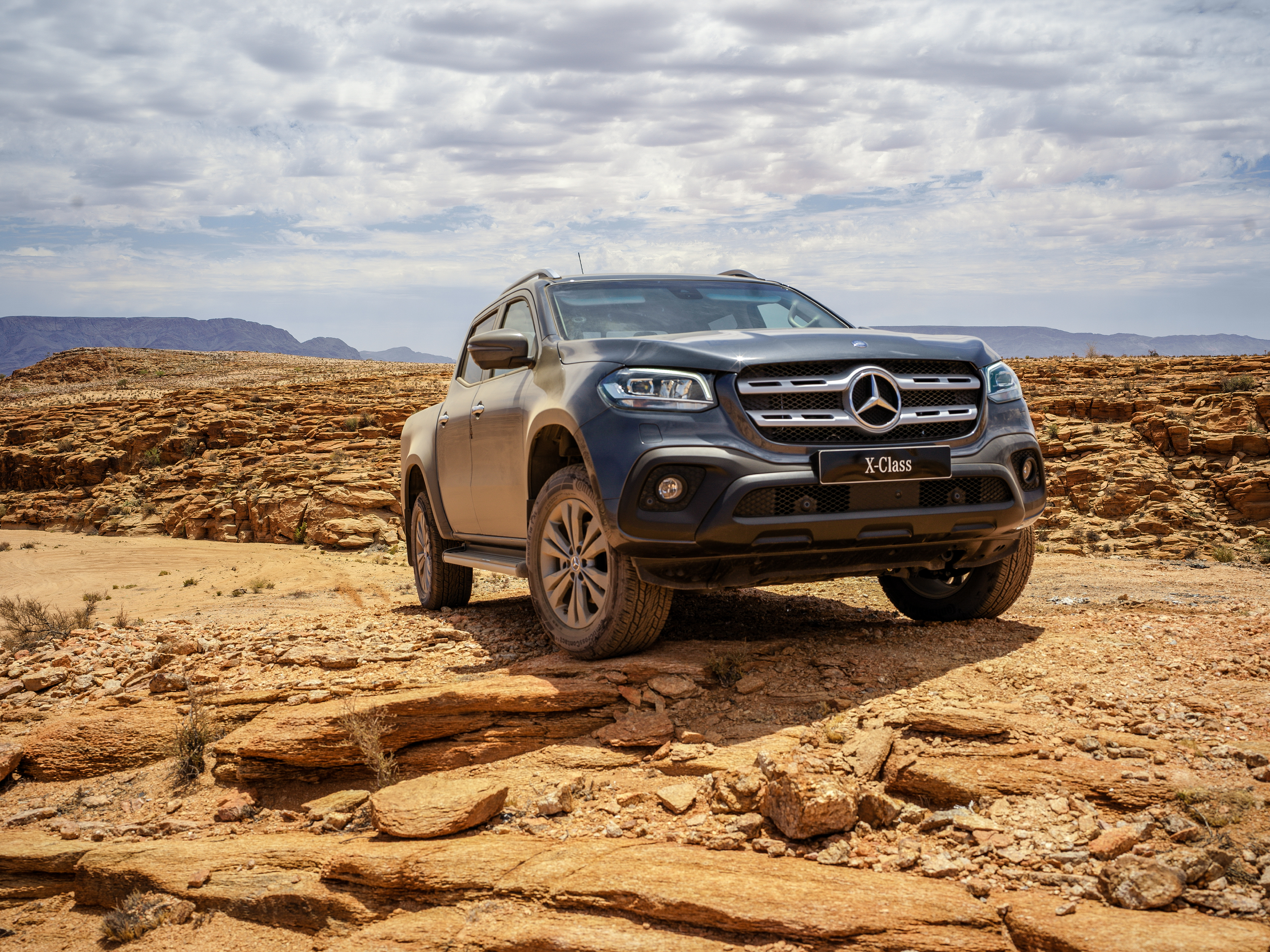 However, it’s the way that Mercedes-Benz has chosen to join the bakkie fray that’s put a question mark over the new X-Class. Instead of developing a new bakkie from the ground up, it’s chosen to base its one-ton double cab contender on the current Nissan Navara.

You can understand the logic: the cost of developing an all-new vehicle from scratch is prohibitive when compared to adapting a tried and trusted package. But the danger is that your target audience will perceive the result as an exercise in badge engineering.

In other words: is the X-Class little more than a Nissan Navara with a Mercedes-Benz grille and an upgraded cockpit? The exterior certainly seems to indicate exactly that.

The front end is distinctively and convincingly Mercedes-Benz, but the silhouette, load bay and rear end are generic at best, and closely akin to the Navara. In fact, the bland rear-on view relies purely on the large Mercedes-Benz badge for identification.

Admittedly, the function-driven shape of a bakkie means that marque distinction will always be more difficult to achieve, let alone creating a bakkie that’s visibly premium-oriented compared to its mainstream rivals.

The truth is that the X-Class only looks like a Mercedes-Benz from the front. The rest is plain and simple bakkie, with nothing to suggest that it’s any more upmarket or sophisticated than your average Toyota Hilux, Ford Ranger or VW Amarok double cab. 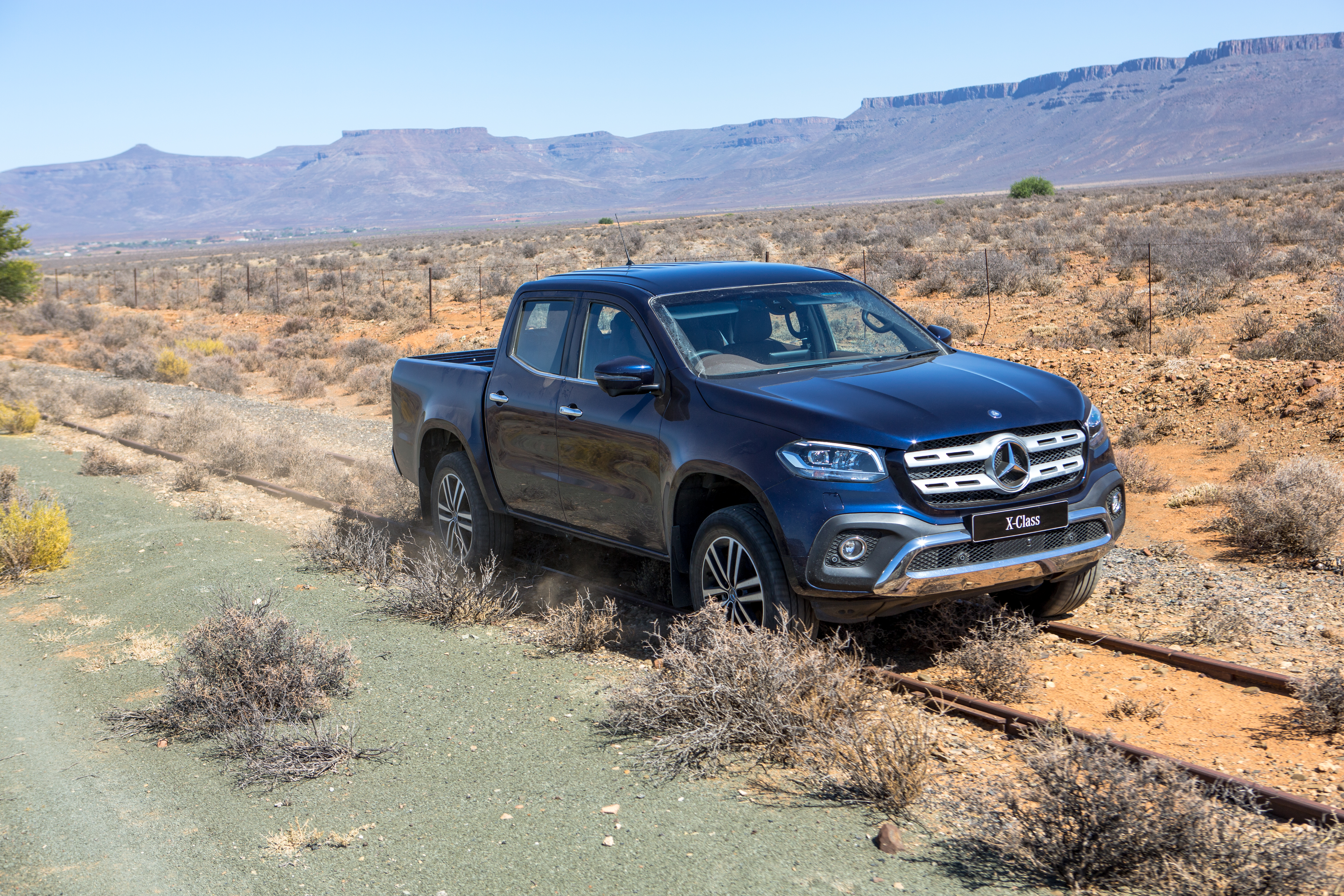 There is some attractive detailing, though. The huge honeycomb grille’s broad horizontal bars embrace a big Mercedes badge, and the prominent LED lights incorporate bright daytime running lights. There are small, deep-set fog lamps, too.

Budgeting some extra cash to dress up the X-Class is a must, because a lot of nice-to-haves are added-cost options. For example, this test vehicle was fitted with a rear roll-over bar, an aluminium-slatted cargo bay cover, load bay liner, and tow hitch – adding just more than R60k to the asking price.

You only truly realise that the bakkie is a Mercedes-Benz when you step up into the cabin and make yourself at home behind the wheel. Everything here is plush and luxurious, with a fair amount of tech stuff thrown in for good measure.

Up front, the brightwork-adorned air vents are pure Mercedes-Benz, as is the switchgear, and the infotainment screen above the centre stack. The full-colour touchscreen is linked to a rotary controller and touchpad in the centre console.

It provides convenient access to a plethora of vehicle features and systems, including the eight-speaker audio system. Bluetooth and USB connectivity are standard, and if you opt for the full Comand Online package, satnav becomes part of the deal, too.

The main instrument binnacle features large, analogue dials for speed and rev count. They’re separated by a digital trip computer with a variety of readouts selectable via steering wheel-mounted buttons.

The multifunction steering wheel also allows access to key audio and Bluetooth hands-free functions, as well as the cruise control and speed limiter. Disappointingly, the steering wheel is only height-adjustable.

Nor does the X-Class shirk its duties on the safety front: there are no less than seven airbags (including a knee bag), as well as a raft of active safety systems, including ABS anti-lock braking and electronic stability control.

Lane Keeping Assist vibrates the steering wheel when the vehicle strays across line markings. And then there’s Traffic Sign Assist, which uses a camera to read speed limit signs and no-overtaking warnings, and displays them in the instrument cluster.

Mechanically underpinning the X250d is a Nissan-Renault Alliance-sourced four-cylinder turbodiesel offering a lusty 140kW of power and an equally satisfying 450Nm torque peak.

This is a bi-turbo design: the first, smaller turbo rapidly spins up from the word go to combat turbo lag, while the second, larger turbo comes into play at higher revs.

The result is an engine that feels willing from pull-off, with little in the way of lag, and that sustains a broad power and torque band across the entire rev range. No wonder that midrange tractability is excellent, making for effortless overtaking and highway cruising.

The six-speed manual gearbox is well suited to the engine’s needs in terms of effective ratios, with a spread of cogs that’s short enough in the lower gears for swift responses, while the taller top gear benefits efficient cruising.

However, while the gearshift action is reassuringly positive, it requires more effort than expected from a cable shift design. The fifth-to-sixth gear gate is quite stiff, and needs some decisive shifting to engage.

In low range, the X250d shows off its off-road credentials to impressive effect, thanks to superior traction and low-down grunt. It will tackle daunting obstacles with ease, while a rear diff lock can also be brought into play in particularly tricky situations.

The double cab’s ground clearance is 222mm, while the maximum approach and departure angles come to 30 and 25 degrees respectively. Mercedes-Benz claims the double cab will cope with gradients of up to 49 degrees.

The 4H setting is perfect for gravel tracks where the low-down lugging power of 4L isn’t required. It adds welcome stability and traction on compromised and sandy surfaces.

Ride comfort approaches car-like levels, thanks to a suspension system featuring front wishbones, a multilink rear axle, and coil springs all round. If anything, the X250d’s damping feels a little more compliant than the Nissan’s, especially with no load in the back.

On the road, the Mercedes-Benz is also noticeably quieter than the Nissan Navara. Road and drivetrain noise levels have been reduced, thanks to additional structural reinforcements and the widespread introduction of insulating material.

But there is a downside: at 2,227kg, the X250d is substantially heavier than the Navara. One would expect that portly kerb mass to handicap the double cab bakkie’s dynamic capabilities, but with a low 11sec 0-100km/h acceleration time, and a 175km/h top speed, the Mercedes is more than swift enough.

Claimed fuel consumption for the combined cycle is 7.9 litres/100km, but we averaged around 11 litres/100km. The fuel tank has a useful 73 litre capacity, making an open-road range of around 1,000km feasible.

There’s a lot to like about the X250d. The interior execution is a significant step up from the bakkie norm – and the same goes for its refinement levels.

Dynamically, there’s little to fault: the big Mercedes responds to throttle inputs with enthusiasm, handles with stable confidence regardless of terrain, and isn’t intimidated by off-road obstacles.

However, you end up paying a hefty premium for that Mercedes-Benz badge – and yet, the X250d lacks that vital X-factor required to distinguish it from its rivals.

The R200,00 difference in base price between the X250d and the closely related Nissan Navara can’t be warranted by brand status and a plusher interior alone. And that’s before any of those nice-to-have options have been fitted.

Die-hard Mercedes-Benz fans and status-conscious bakkie buyers with deep pockets may deem the extra dosh worthwhile. But in the hugely competitive double-cab leisure bakkie market, there are plenty of players that are as good – if not better – than the X-Class. DM

Hard to warrant the steep asking price, considering the competition