Zapiro: ‘When a man goes above the law, we have the right to criticise’ 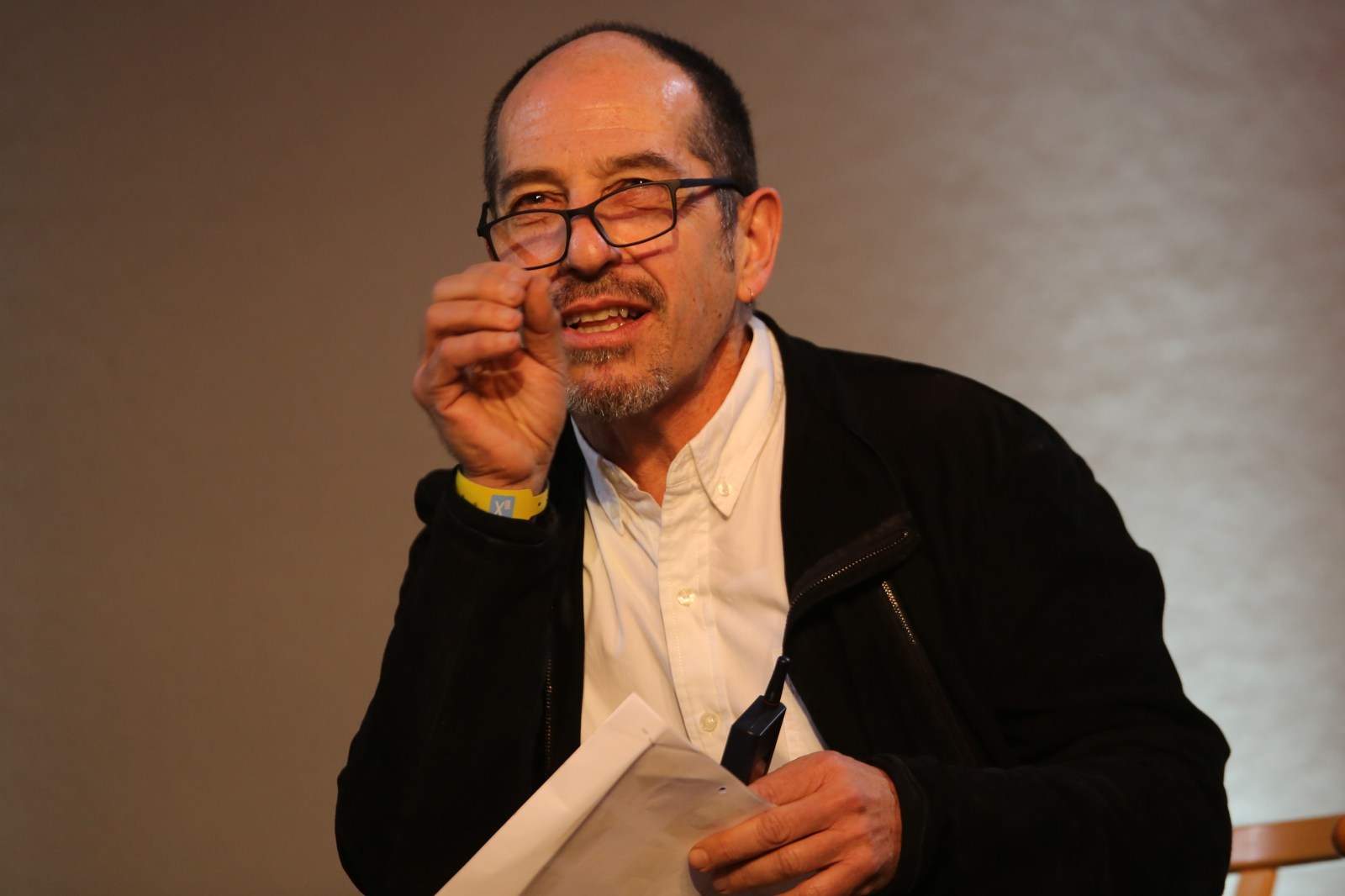 Cartoonist Jonathan Shapiro, aka Zapiro, used to ask two questions before publishing a cartoon, but of late he’s been asking three – but yes, he would do that rape cartoon again. He spoke to journalist Marianne Thamm at Daily Maverick’s The Gathering Media Edition in Cape Town about his new book, WTF: Capturing Zuma – a cartoonist’s tale.

He’s still not quite sure how South Africa came to have Jacob Zuma as a president, but Zapiro was certain that he would do some of his more controversial cartoons depicting the former president in compromising positions again.

“I would do that cartoon again in a heartbeat, no problem, whether or not some people were offended by it,” he said when an audience member at Daily Maverick’s The Gathering Media Edition in Cape Town asked him about his depiction of the rape of Lady Justice and a 2003 cartoon depicting a woman called “Arms Deal” fellating Zuma.

However, about the political and social storms that erupted around his cartoons, especially in the years of Zuma’s presidency, Zapiro said: “I’m aware that things are different now. What I used to ask editors when we were looking at (publishing) cartoons is, ‘can we justify it?’ and ‘does it work?’

“These days I would ask a third question: ‘Is there a chance that so much negative stuff will come out of people looking at things that are peripheral to the main message, that it will be ultimately damaging?’ That’s what I will do now.”

Zapiro had come under severe criticism for using rape as a metaphor too glibly while it was a grave crime that had traumatised many victims. He had also been sued, unsuccessfully, for millions of rand by Zuma (“he never saw a cent of it”, Zapiro said).

He said even if there was an old cartoon that he’d wanted to repeat, he would think carefully and consult. “I don’t want to second-guess the impact,” he said, adding that Western Cape premier Helen Zille “would be wise to think about” the impact her social media posts would have too.

Zille has caused outrage with her political utterances and has even been hauled in front of her party’s disciplinary committee for, among others, extolling the virtues of colonialism.

“Even if there is a message you want to get across, think about the tone,” he said.

Zapiro also said he was a commentator, not a reporter, and his criticism against Zuma on tradition and polygamy was about Zuma’s hypocrisy and his undermining of the institutions he was preaching about.

“When a man goes over and above those customary laws and cheats on his wives, then we have the right to criticise,” he said.

“Zuma made up the rules as he went along.”

The shower head which Zapiro often drew on Zuma’s head came from Zuma’s defence during his rape trial that he took a shower after having had sex with an HIV-positive woman to protect himself from getting infected.

Before that, Zuma chaired the South African National Aids Council and the country’s Moral Regeneration Movement.

Zapiro deals with the controversy around his Rape of Justice cartoon at length in his new book which contains a number of narrations around his cartoons.

Zapiro said the rape cartoon was done in the run-up to the judgment by Judge Chris Nicholson’s judgment in 2008 on whether the corruption case against Zuma would go ahead or not.

He said he came up with the rape metaphor not because Zuma was charged with rape, but he said he felt those people depicted in the cartoon, like former Cosatu general secretary Zwelinzima Vavi, whom he respected, were raping the justice system.

He had also been criticised for insensitivity for depicting Lady Justice as a black woman, but he said he had done so “for more than a decade” before the cartoon because it was representative of the demographics of the country.

He said although he thought it the headline was a hyperbole, he was excited in 2013 when former The Nation editor Victor Navasky included his cartoon in a prestigious BuzzFeed collection entitled Fifteen Historic Cartoons That Changed the World.

Zapiro, however, said although he had to be sensitive to tone and timing when he created the cartoons, for instance when depicting people as animals, he had to remain critical.

“There might be some sensitivity for (depicting people as) dogs, but if we have to go to the politically correct point where we have to bend over backwards for everyone who will be offended, then we can’t do anything,” he said. DM