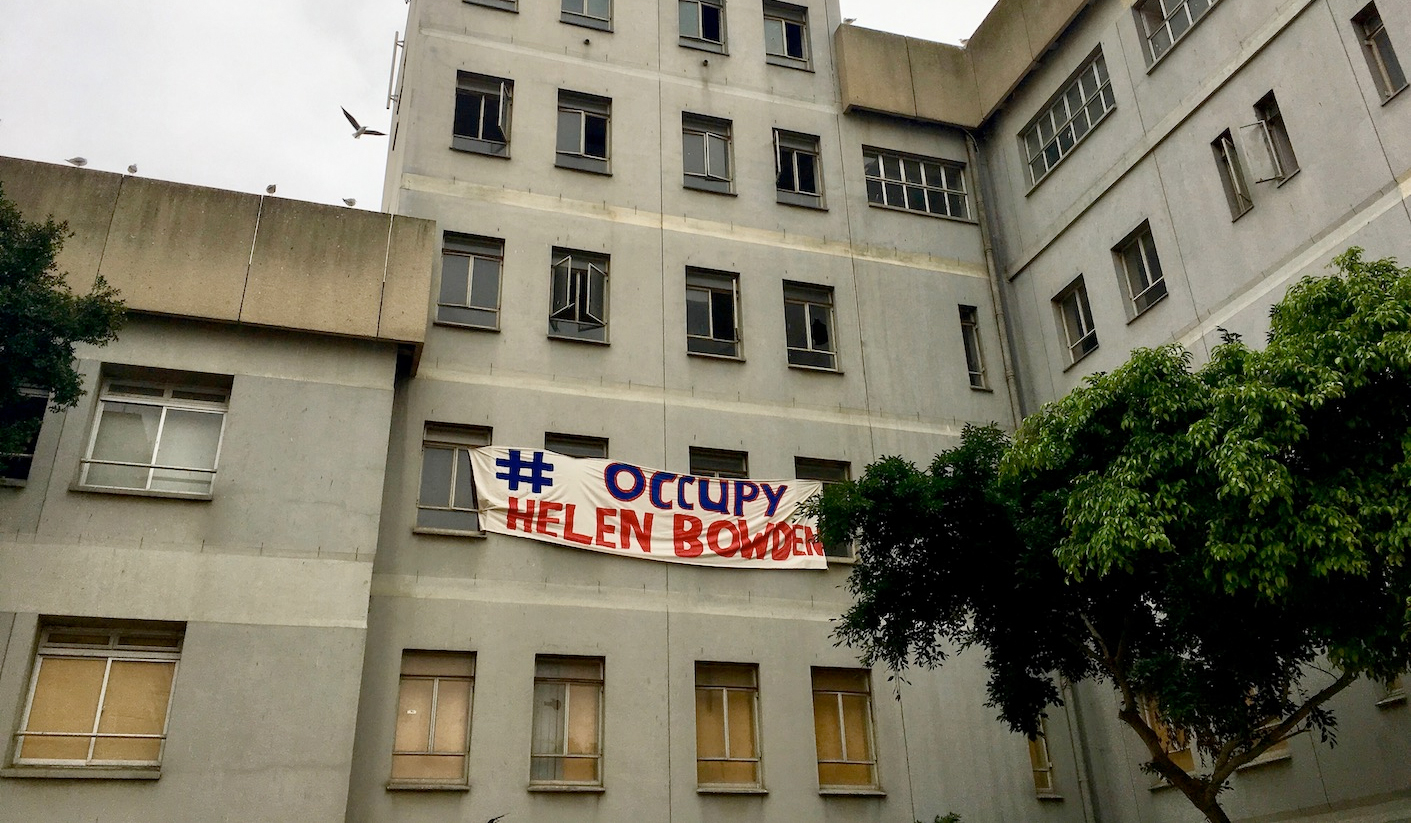 Residents facing eviction from their homes in Bromwell Street, Woodstock, are entitled to challenge the City of Cape Town’s housing plan, the Western Cape High Court has ruled.

The residents believe the city has gone against its own policy by excluding them and others from two sites near the CBD earmarked for transitional housing sites.

Advocate Sheldon Magardie, for the residents, said there had been a “change of course” on the part of the city to which the residents wanted to respond.

The nine Bromwell Street families opposing their  eviction by the Woodstock Hub, approached the High Court in September 2016 in an attempt to compel the city to provide them with emergency housing near Woodstock. At the time, the city said only transitional housing in Wolwerivier and Blikkiesdorp was available.

The eviction order was suspended and the matter was remanded on 14 September 2017 for mediation.

Since then, the city has issued information on a plan to create more affordable and social housing close to the inner city. Eleven sites in and around the city centre have been earmarked for development. The Bromwell Road residents want to amend their initial arguments to take into account this information. They also plan to challenge the validity and fairness of the city’s implementation of the housing plan.

On Tuesday, the Western Cape High Court ruled in favour of the application brought by the residents.

In his argument, Magardie said two sites – in Pickwick Street, Woodstock and James Street, Salt River, earmarked by the city for transitional housing – were part of a list of sites identified and suggested by residents nearly two years ago.

The Woodstock Hospital site had been identified by residents in December 2016. On 16 January 2017, Magardie said the city had said the property “would not be viable or suitable for emergency accommodation”. But in November 2017 the city had filed additional papers stating it had bought the property and that it would be used for social and affordable housing.

Magadie argued that the Bromwell residents were prejudiced because only people living on city-owned property had been prioritised to benefit from the transitional housing.

“This raises a serious question about whether or not the city is implementing its policies reasonably,” said Magardie. He said that although the city claimed Wolwerivier was the only available site, people being removed from city-owned property were being relocated much nearer the city centre. “That is unconstitutional.”

Karrisha Pillay, for the city, said her clients would have to file a considerable amount of additional paperwork to respond to residents, which could result in an extended court trial.

She said the city also had “constitutional obligations to other poor people”.

“The purpose of those transitional housing sites is to facilitate the social housing programme. If there are any units left then it will be used for emergency housing.”

Acting Judge Mark Sher interjected: “I recall the city’s papers saying that they want to change apartheid spatial planning. And in fact, we have now got sites in Woodstock and Salt River where they will be implementing this. Isn’t the (group of residents) then entitled to challenge this?”

Advocate Edward Fagan for the Woodstock Hub also opposed the application. He argued that his clients would suffer costs and their property rights would be prejudiced by a lengthy trial.

Fagan said his client had been unable to develop the property while residents remained in the homes. “There will be considerable costs and time for this matter. There is a possibility of further affidavits being filed and arguments being made,” he said.

Outside court, some of the Bromwell Road residents celebrated their victory. One of the residents, Charnell Commando, said families were still opposed to moving to Wolwerivier. DM