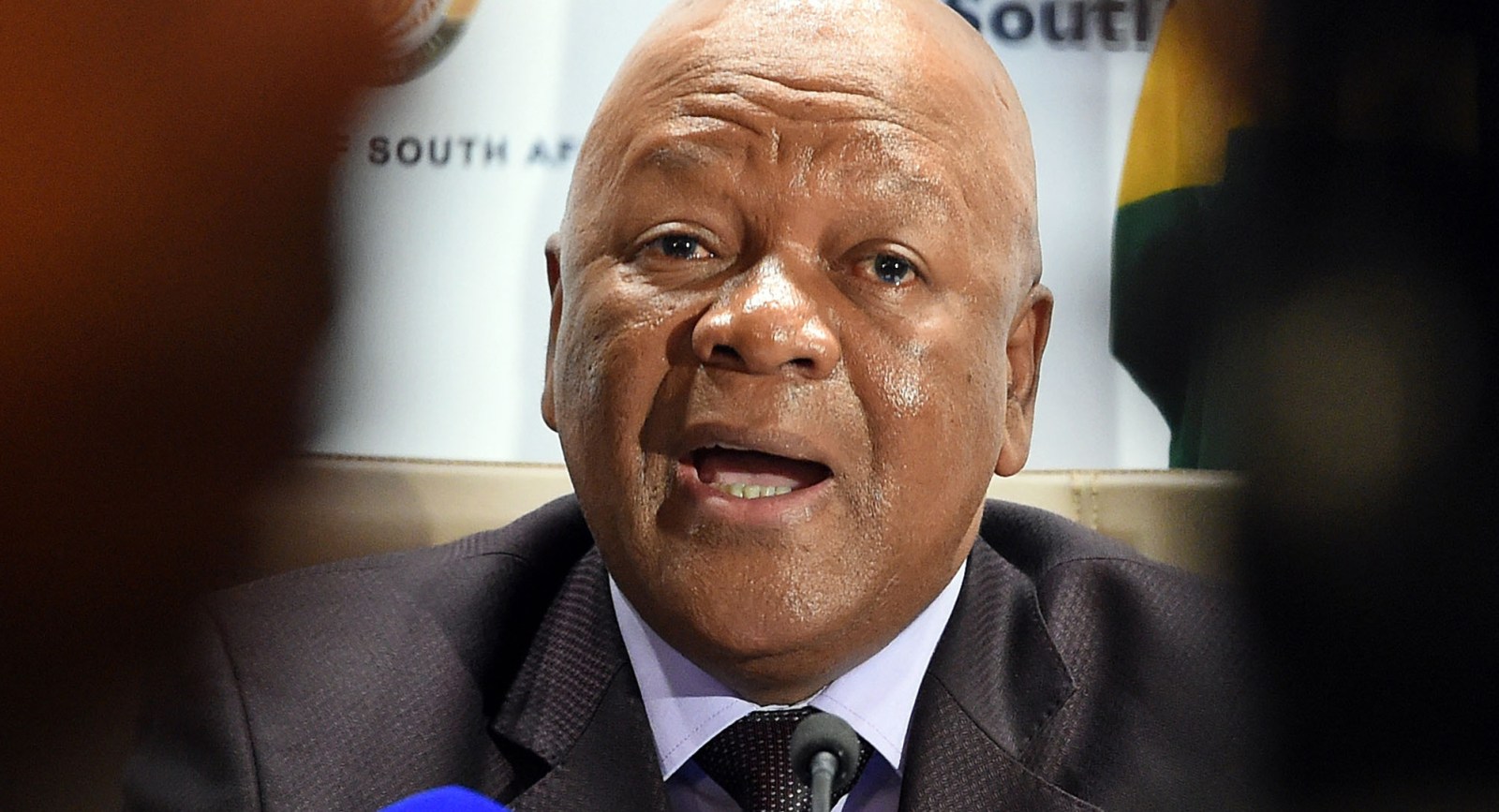 Then Minister in the Presidency for Planning, Monitoring and Evaluation Jeff Radebe briefing media on Cabinet Lekgotla at Tshedimosetso House in Pretoria. South Africa. 22/08/2016. Siyabulela Duda

Ahead of the long-awaited Department of Energy’s final release of South Africa’s Integrated Resource Plan (IRP), it’s all eyes on Minister Jeff Radebe as the scheduled 15 August deadline looms.

The IRP is the country’s electricity plan, which is supposed to ensure that our planning helps us choose the cheapest, most efficient electricity sources going forward, based on the best available information. This plan is critical for creating policy certainty in the electricity sector, but once again it seems that the plan is inexplicably delayed, with no sign of the IRP yet.

It is incredibly difficult to predict what the IRP will contain when it is finally released, under a new Minister of Energy and well over a year since the controversial draft was first published for public comment. The main reason for this is that there has not been any further public participation on the draft to date, which means that we are flying blind. The draft IRP, which was released as long ago as 2016, was shredded across the board because of the limitations that were placed on both wind (limited to 1600MW per year) and Solar PV (limited to 1,000MW per year), while concentrating solar power (CSP) was excluded entirely. No justifications are provided for these constraints. To give some context, South Africa’s entire installed capacity is estimated at 49,500MW.

We often hear the words “balance” when it comes to our electricity mix. As in: we need a balance of all electricity types (coal, nuclear, gas, renewable energy). We also hear that coal will remain part of our electricity mix for the foreseeable future. And while it has recently been concluded that nuclear may be too expensive right now – with President Cyril Ramaphosa making it clear that this is the case at the recent BRICS summit – it still hasn’t been completely crossed off the list yet. South Africa is hedging its bets, if you will. Seems rational, right?

It hasn’t always been that way though. Our current electricity mix is almost entirely dominated by coal, and 10 years ago this was to the exclusion of almost everything else other than nuclear. You might ask how this happened, and the simple answer is abundance. South Africa has an abundance of coal reserves, which meant that coal formed the backbone of our economy for well over a century because it was abundant, and we invested in developing it. South Africa is also one of the biggest coal exporters in the world. And the predictable outcome is that Eskom is almost entirely reliant on coal to supply electricity to South Africans.

However, the truth is that not all electricity sources are created equal. Coal is no longer the shining star that it seemed to be during the industrial revolution. The cracks have well and truly begun to show. Particularly over the last 20 years or so, coal has been exposed for what it is: a filthy, dangerous, polluting, water-hungry, expensive and high-risk electricity source. The true cost of coal is death and destruction at every step. There is no doubt that burning coal to produce electricity damages people’s health – an abundance of anecdotal and scientific evidence points to this.

There is also a scientific consensus that burning coal is driving climate change – the long term warming of the planet that is driving extreme weather events like droughts and floods; combined with extreme sea level rise, heat waves, and changing agricultural patterns. Climate change is the biggest existential threat facing humanity: if it continues unabated; it could well make the planet uninhabitable. The latest research indicates that climate change tripled the likelihood of the drought that pushed Cape Town to the brink of Day Zero – the worst drought in the area since the beginning of the 20th century. Climate change has real-life consequences for us already, and it is only likely to get worse if we do not act now!

It is no longer rational to say that coal will remain part of our electricity mix for the foreseeable future, because it is literally putting our lives and the lives of our children in mortal danger. The rights of South African citizens to life, food, shelter, clean water and sanitation, a healthy environment, livelihood, self-determination and sustainable development are heavily affected by climate change, especially in poor and vulnerable communities.

So if coal has become the villain of our story, what is the solution? Interestingly enough, it is abundance once again. But this time, it is an abundance of renewable energy. South Africa has some of the best renewable resources in the world, particularly when it comes to wind and solar.

Up until about 10 years ago, there was just about no renewable energy in the South African grid. But we have seen a remarkable shift over the last decade, and while Eskom has held onto its coal monopoly, private producers have started to implement renewable energy projects. And the proof is in the pudding: new renewable energy is now clearly cheaper than new coal, and about half the price of new nuclear in South Africa.

Renewable energy does not come with the negative side-effects of coal. It doesn’t damage people’s health. It doesn’t burn up our rivers to produce electricity. It doesn’t condemn us to an uninhabitable planet. According to some of the latest research from the CSIR: a least cost IRP, which does not artificially limit the amount of renewable energy in our electricity mix, would mean that no new coal or nuclear would need to be built in South Africa. Greenpeace believes that this is a good start, but even this research does not go far enough to protect our future.

In 2015, even before the Paris Agreement was signed, Christiana Figueres, the former Executive Director of the United Nations Framework Convention on Climate Change (UNFCCC) warned that, the science is clear and “there is no space for new coal”. But almost three years later, South Africa is persisting with plans to expand coal in the country. Two of the biggest coal-fired power stations in the world (Medupi and Kusile) are currently under construction by Eskom, with new private coal-fired power stations (like Thabametsi) also on the cards.

The real question is: why would we choose electricity types that are unaffordable? We do not need balance in our electricity mix, and we definitely don’t need to hedge our bets. We need to be clear about the opportunities offered by renewable energy and we need to invest in it heavily. In fact, we should be aiming for a 100% renewable energy powered future.

We don’t need expensive, dangerous coal and nuclear power stations to keep the lights on, and in fact, our reliance on coal is helping to drive the instability in the grid at the moment. Significantly increasing our solar, wind and storage capacities is a rational decision that would allow us to create a just transition away from coal, while producing cheaper, safer, cleaner, reliable electricity. A large proportion of renewable power could be produced from roof-mounted solar panels, which could turn every business, home, church, school and community into electricity producers – truly putting the power back into people’s hands. Minister Jeff Radebe has a reputation as an extremely capable man to uphold, and his first true test will be whether he can deliver a rational IRP that does not include new coal and nuclear, but favours renewable energy instead.

Just as famous poet John Donne once stated “no man is an island”, so South Africa is not isolated from the global community. Climate change is a global problem that requires local action, which cannot be delayed for decades. We have a responsibility to act with urgency, and the opportunity to create a better, more just future while doing it. If we don’t act now, we really risk being left in the dust.

A different future is still possible, but now is the time to create it together, and 100% renewable energy is what we need to aim for. It can be done, and it must be done. DM