The Color Purple – Why the Show Matters for our Democracy 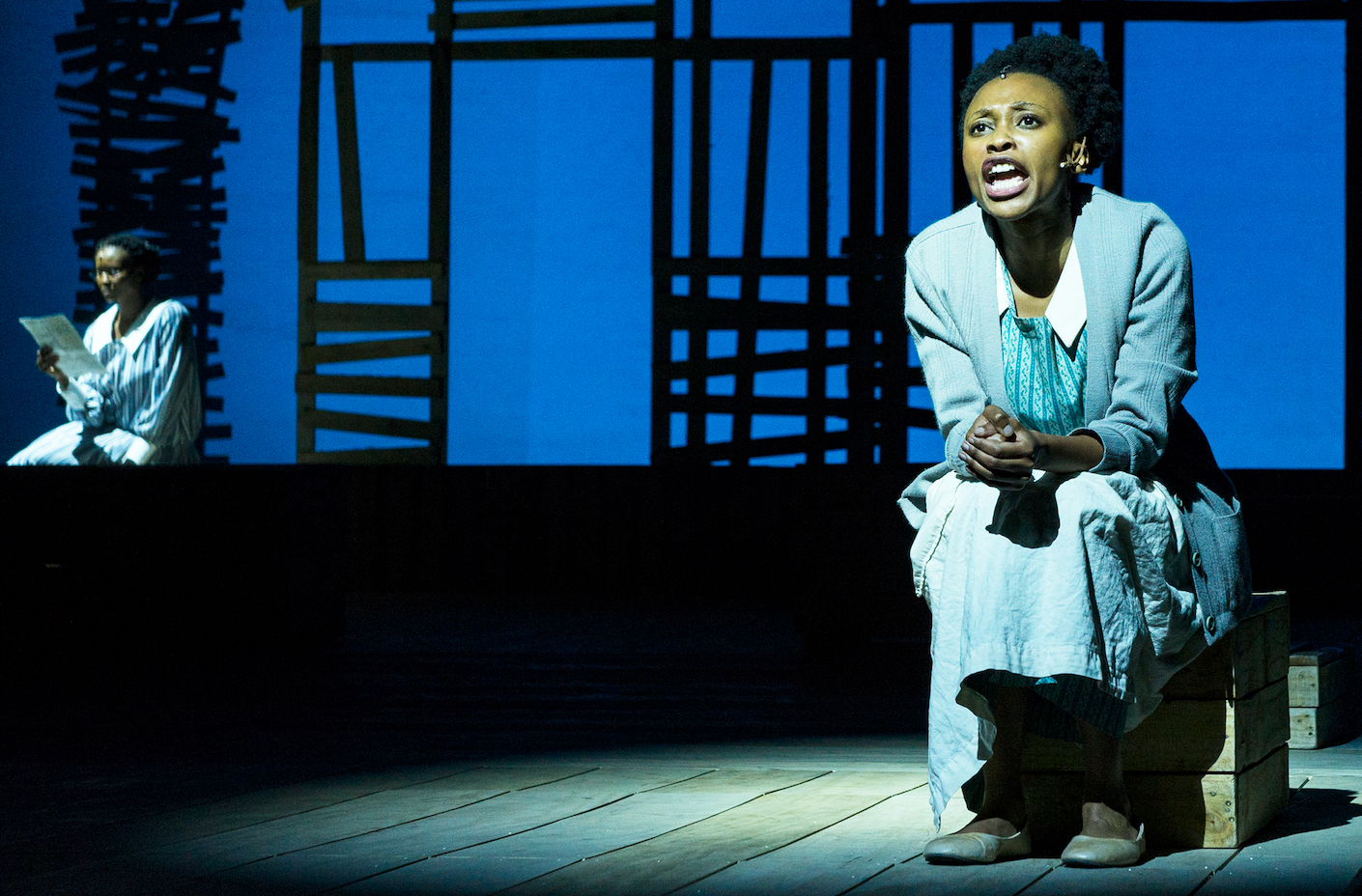 Theatre can and should be more than mere entertainment.

Earlier in 2o18, Oskar Eustis – artistic director of New York’s legendary Public Theatre – made an impassioned plea from the TED stage, explained how important theatre is for our democracy. He examined the first use of dialogue in on-stage storytelling back in late 6th Century BC, invented – as legend has it – by the ancient actor named Thespis.

This shift from monologue to dialogue changed everything.

When someone is standing on stage delivering a monologue, everyone in the audience sits back and passively receives the message. The person on stage is in a position of power and authority and as a result has some claim on the truth. Whether you agree with them or not is irrelevant in that moment because the person on-stage holds the higher status and controls the room.

However, the moment that the speaker shifts their head to the left and talks to someone else on stage, there is a profound shift. They are no longer the purveyor of truth – but rather someone with an opinion. As drama tends to require, the other person on stage must have a conflicting opinion. All of a sudden, there is a conflict between two points of view and the ideas must battle out to find the truth. That is democracy at work. And that give and take is what theatre is really good at.

Theatre doesn’t ask the audience to sit back and listen. Rather it asks the audience to lean forward and imagine what the world looks like from behind the eyes of the characters. It asks us to exercise empathy and step into their shoes. Collectively, as an audience, we laugh together, cry together, hold our breath together and we walk out of that theatre having delved deep into difficult topics by living through the characters on stage. Often through conversations that would be taboo/insensitive/politically incorrect to have in our everyday lives.

The job of those actors is, as Shakespeare put it in Hamlet, “to hold up, as ’twere, a mirror to nature; to show scorn her image, to show virtue her appearance, and the very age its form and pressure”.

It is for these reasons that The Color Purple remains an incredibly important piece of theatre.

The story was originally penned in an 1982 novel by Alice Walker – the first woman of colour to win the Pulitzer prize for fiction. Set in rural Georgia in the US, the story examines the low position of women in US culture – tackling head-on the issues of gender equality and the empowerment of women.

It was then made into a movie in 1985 directed by Steven Spielberg and starring Danny Glover, Oprah Winfrey, Margaret Avery and Whoopi Goldberg. It garnered 11 Oscar nominations that year.

Finally it made its way to Broadway in 2005, with a reprise in 2015 – winning Tony awards for both runs.

Then it came to Africa.

On the inside cover of the show programme, Oprah Winfrey herself penned the following:

“It makes me so very proud to know that the musical version of The Color Purple has finally arrived on stage in South Africa. Your country has such a rich history of women who have demonstrated immense strength and courage in the face of adversity. Women played an integral role in the struggle for equal rights during apartheid and women continue the fight for equality today. I have no doubt that the abiding universality of the characters and the story of The Color Purple will resonate with audiences in South Africa in the same way as it has resonated with audiences around the world.”

And resonate it has. When I went to see the show earlier this year, I was completely blown away by how the audience reacted. Not just because the performances are breath-taking (which they are) but also because the subject matter hits so close to home. There wasn’t a dry eye in the house at the end and you just got that sense that everyone in the audience was living in the story in that moment. Theatre was working its magic.

This is why I’m so glad that the overwhelming public demand has brought the show back for another run – this time during women’s month.

I had the privilege of interviewing the lead actor Lelo Ramasimong, who will be taking on the role of Shug Avery for this run. She spoke eloquently about how the show deals with women’s issues in a way that is timeless – even a story set in rural Georgia in the sixties can be relevant for a 2018 South Africa.

She spoke with great pride about how the all-black South African cast is something to be celebrated. Musical theatre audiences in South Africa are predominantly white and it is shows like this that finally open up doors for other people to come and experience theatre.

“The great thing about The Color Purple is that everyone enjoyed it: black, white, coloured, Indian, women, men, old, young, lesbian, gay. Everyone took something away from it in some way or the other. It’s very uniting.”

This hit very close to home for me – as I considered my role in the South African theatre industry. I run a small theatre club in Johannesburg and in my interactions with the industry have hit upon these same snags that Ramasimong alludes to. We have to be working towards giving people a variety of shows in order to make space for different demographics to exist in the theatre. It’s crucially important that a young black girl can come to a show like The Color Purple and see herself in the characters onstage. Again, this is how democracy speaks.

As a musical, the show is spectacular. As a message, it’s absolutely crucial. DM

The Color Purple runs until the 2 September at the Joburg Theatre. Get your tickets here

Barry Morisse is a writer, thinker and entrepreneur with a wide range of interests. He is passionate about supporting the local theatre industry and his theatre club, StageDoor, organises group events for its members to attend the best curated shows coming out of Johannesburg