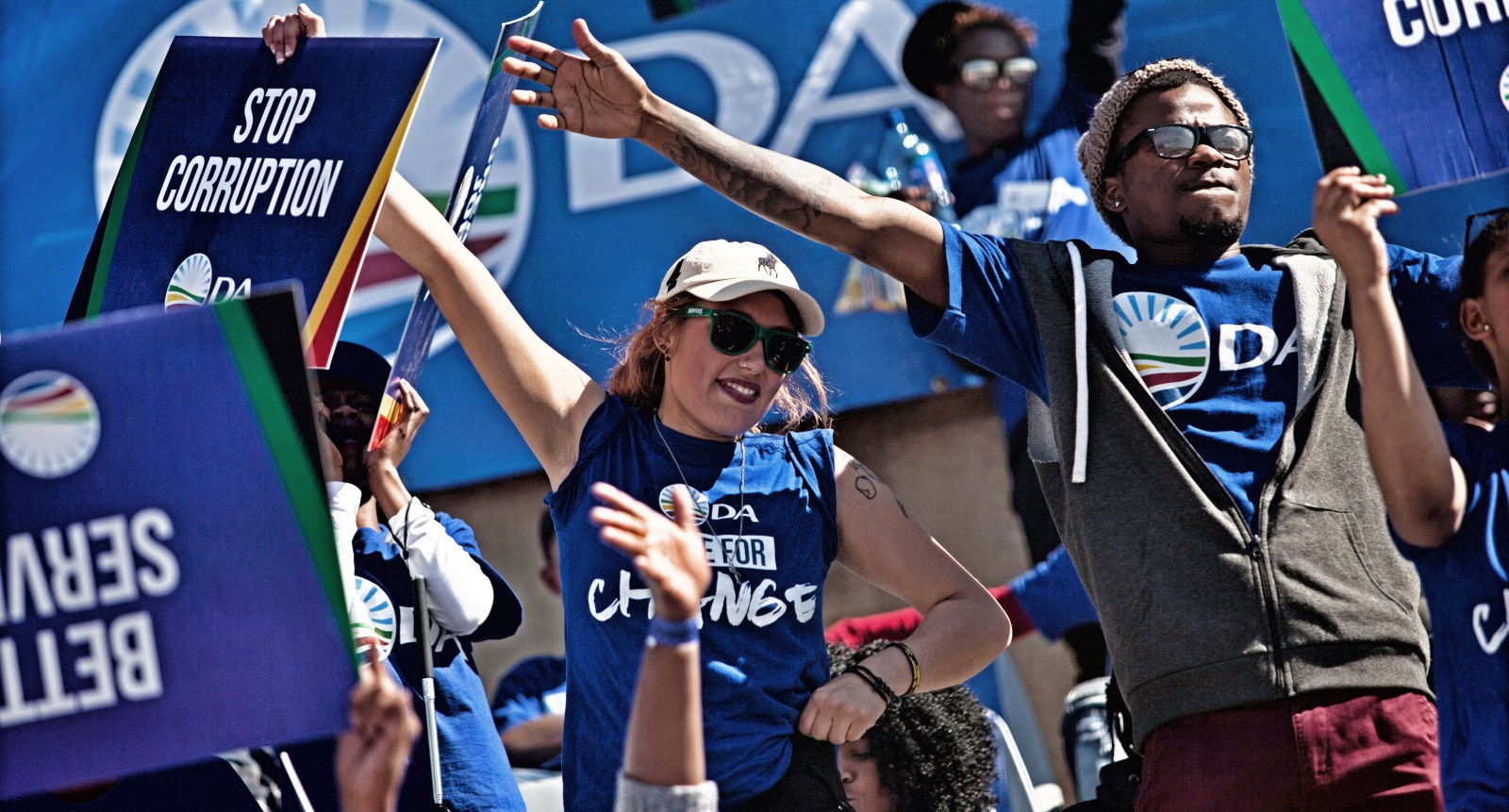 It’s no secret that the DA has struggled to formulate and articulate a coherent vision on black economic empowerment – with internal conflict on this matter most embarrassingly revealed in 2013 when the party “mistakenly” backed BEE legislation before Parliament and then reversed its position. Over the past few days a degree of confusion has again manifested, this time in apparently conflicting statements given by two party leaders. With the 2019 elections fast approaching, this is one of many issues about which the DA’s public representatives will need to start singing from the same songbook.

August 4, 2018: DA policy head Gwen Ngwenya tells News24 that the party has resolved to ditch Black Economic Empowerment (BEE) as a policy because it is “simply not working”.

Just hours later, the DA’s federal executive chair James Selfe appears to contradict this, telling the same media outlet that “we support – fully – the intent and spirit of BEE”.

August 6, 2018: Selfe and Ngwenya release a joint media statement seemingly aimed at clarifying matters. It confirms that at the DA’s last federal council meeting, “the ANC’s model of BEE was rejected”.

It states that the party is working instead on “alternative models of empowerment” to be rolled out as policy ahead of the 2019 elections.

The statement gives four examples of measures which could be included in a “new empowerment framework”. None of these is targeted at South Africans of a particular race.

One of the models that the DA says it is considering drawing on in its new empowerment policy is the Economic Empowerment for the Disadvantaged policy proposed by the South African Institute of Race Relations earlier this year.

That policy proposes doing away with “numerical targets” for black employees for business and replacing the current BEE scorecard with an “economic empowerment for the disadvantaged” EED scorecard. This would see businesses earning points not for the racial composition of its workforce but for the investments they make, profits they generate, jobs they create, contributions made in tax, and so forth.

In Selfe and Ngwenya’s statement, they dismiss the ANC’s focus on “narrow racial categorisation” in favour of “an empowerment framework that will deliver equality of opportunity for all South Africans”.

Exactly what that empowerment framework will look like is not yet known – but it is evident from the statement that the DA will reject a race-based model of economic empowerment in its election campaigning.

It is one of the clearest indications to date that in the DA’s long-running battle between traditional liberals and a more radical faction bent on racial transformation, the liberals are once more on top.

The apparent conflict between Ngwenya’s and Selfe’s initial statements a few days ago seemed to briefly transport the party back to 2013, when the party’s flip-flopping on BEE legislation was widely interpreted as revealing serious rifts between party leaders over the question of affirmative action as a whole.

At that time, the DA’s parliamentary caucus voted in support of the Employment Equity Amendment Bill, an unexpected move from a party which had traditionally opposed the ANC’s version of employment equity. Fierce criticism from the likes of former DA leader Tony Leon followed, with Leon accusing the party of acting out of fear of “having the race and anti-transformation labels stuck on it”.

In an embarrassing about-turn, erstwhile DA leader Helen Zille then declared that the DA parliamentary caucus vote in support of the bill had been the result of a “series of errors”. Zille later cited the vote as an example of former parliamentary leader Lindiwe Mazibuko making “autonomous decisions”.

Regardless of the precise factors that led to the vote and the subsequent U-turn, most commentators suggested that the confusion was attributable to two major factors. One was a perceived division of the party along racial lines. Another was the longstanding tension between the DA’s vision of itself as a liberal party opposed on principle to racial quotas, and the necessity of addressing the ways in which South Africa’s economic playing field continues to specifically disadvantage black people.

Since 2013, this particular tension around the party’s ideological positioning has bubbled to the surface on a number of occasions.

In April 2018, a dispute leading up to the DA’s federal congress around the wording of a “diversity clause” to be added to the party’s constitution suggested that the same debate was still raging.

A proposal reportedly introduced by party leader Mmusi Maimane would have seen the DA explicitly commit to striving “to ensure that every group, every language, every religion and every traditional custom is respected and upheld”, and attempting “to the best of its ability” to “replicate diversity in its own ranks”.

Following a forceful intervention by DA MPs Michael Cardo and Gavin Davis, however, the wording of the clause which was eventually adopted by the congress dropped the commitment to “replicating diversity” and replaced it with an undertaking to “promote and advance” diversity.

More significantly, Cardo and Davis also succeeded in winning support for adding a clause to the DA’s constitution explicitly rejecting racial quotas in the party. The constitution now commits the party to rejecting unfair discrimination and redressing past discrimination “without recourse to rigid formulae or quotas”.

But for those who see Cardo and Davis as representative of a cabal of white men still exerting control over the DA behind the scenes, it’s important to note the likely influence of Ngwenya in the latest policy deliberations.

Until her appointment as DA head of policy in February 2018, Ngwenya – who calls herself a “gutsy liberal” – was the Chief Operating Officer of the South African Institute of Race Relations.

She has made no secret of the direction in which she wishes to take the party, describing the DA to City Press in March as a “liberal party” which has to develop polices “that speak to everyone”.

In the same interview, Ngwenya acknowledged that she was perceived as conservative in some quarters.

The DA’s policy reformulation is doubtless also driven by the party’s desire to put “clear blue water” – a favourite phrase of Maimane’s – between itself and the ANC when it comes to policy offerings to prospective voters in 2019.

The party’s opposition to the expropriation of land without compensation is set to become one of the major differentiating pillars of its campaigning ahead of the 2019 elections, and it will need to pair this with a sufficiently distinct set of economic proposals.

Indeed, when Cardo and Davis wrote a letter to DA congress delegates explaining their opposition to the notion of racial quotas, part of their argument was that the DA should use a commitment to “non-racial diversity” as a unique selling-point to set the party apart from the ANC’s “racial representivity” focus.

“It is a distinction that we must constantly emphasise so that all South Africans understand the difference in our two approaches, and the consequences of each,” Cardo and Davis wrote.