#TotalShutdown protests make women’s anger clear – but is anyone listening? 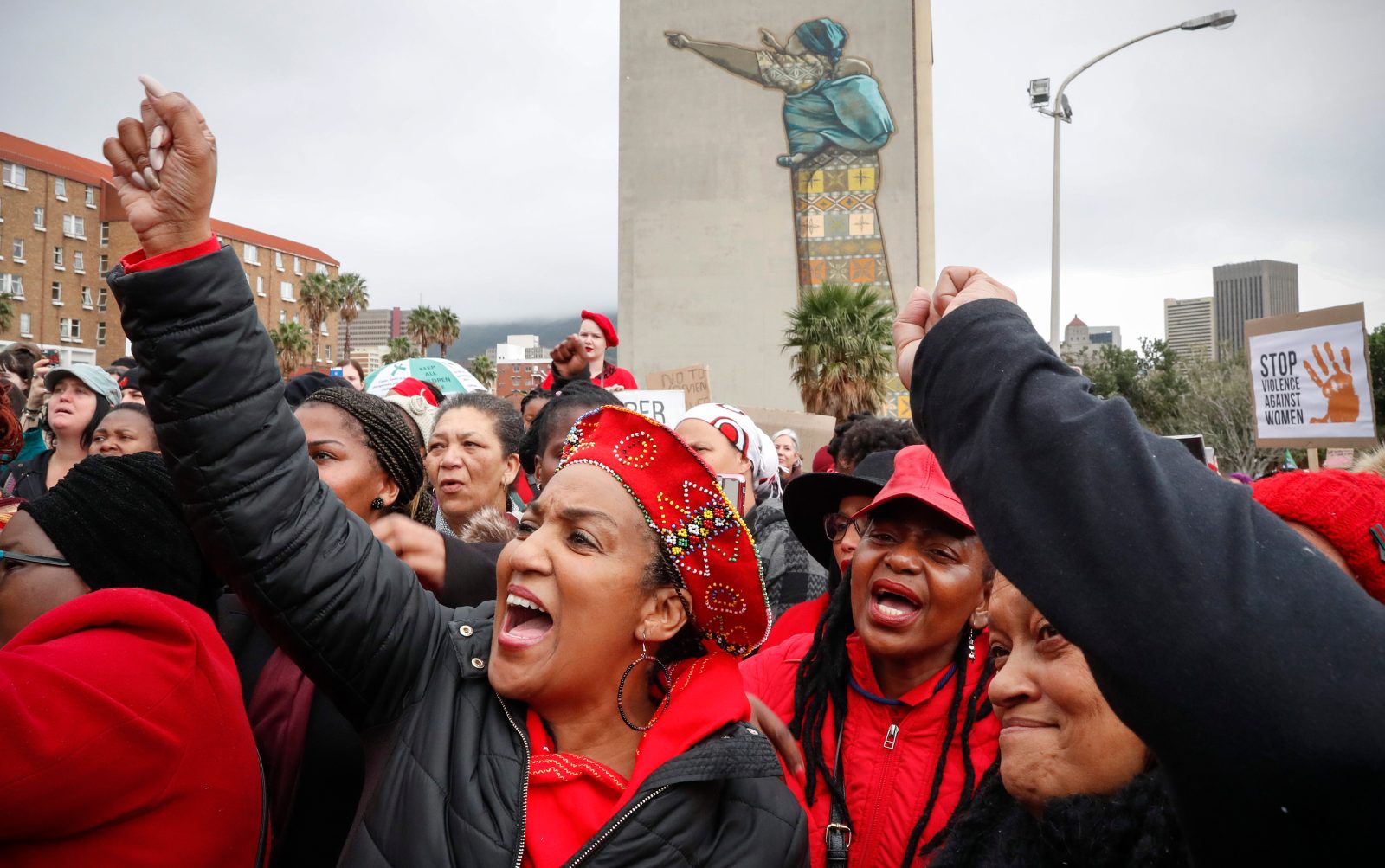 The organisers of a 1 August protest against gender-based violence had hoped for a “total shutdown” of South Africa – and nothing close to that happened. But among the thousands of women marching nationally, a mood of profound anger made itself visible and audible on a scale rarely evident in a country where such violence sometimes seems inextricably woven into the fabric of society.

Intended as a means of focusing national attention on gender inequality, it has become a special 31-day period in which South African marketers can flog pink products and spa-days to women. In some circles, the public holiday of Women’s Day is now understood as an occasion on which women are entitled to receive gifts from men: a version of Mother’s Day for everyone with a vagina.

From this perspective, there was something perversely satisfying about imagining local advertising executives witnessing footage of the #TotalShutdown protests, and then turning to each other slack-jawed with shock.

On display on Wednesday was not the pastel version of South African femininity we see in Women’s Month sales catalogues. Neither was it the model of compliant, long-suffering African mothers and daughters often peddled by organisations like the ANC Women’s League.

What was out there on the streets was a moving mass of South African women giving voice to a full-throated howl of rage. They were not polite. They were not “lady-like”, or “dignified”, or any of the other euphemisms used to critique and control female behaviour. They carried placards with words that swore and spat and seethed.

“I’m not your fucking present.”

“You raped her because her clothes provoked you. I should break your balls because your stupidity provokes me.”

“We are just getting started.”

And the statement which has become a three-word manifesto for many young women: “Men are trash”.

It would be nice to think that this display of red-blooded female anger would have left male observers quaking in their boots, comprehending for the first time the potential destructive power of more than half the population uniting in fury.

It would be nice, but naïve. Perhaps some male witnesses were taken aback, or mildly disapproving. More likely, many greeted the spectacle with a kind of comic bemusement.

Because the devastating reality is that there is simply very little that is threatening about the image of women coming together in mass action – however forceful the slogans on their placards.

Replace that picture with thousands of men – only men – storming the streets in visible anger, and the idea is chilling enough to send most women running for the hills.

Male anger is the single greatest threat to any society. Female anger is trivial. Often, it is openly laughed at. “You’re so cute when you’re angry”: the staple romcom response of male protagonists talking down an unruly woman.

Women who are angry are unstable, irrational, pre-menstrual. Men who are angry are righteous, dangerous, awe-inspiring. Nowhere is this distinction made clearer than in politics, where angry men are respected and feared, while angry women are viewed as abrasive liabilities.

The women marching on Wednesday knew all this. It’s among the lessons girls learn early, along with the other stuff: humiliation and rejection make men dangerous; if you’re walking alone, clutch your keys between your knuckles.

They knew all this – and yet at least for one glorious day, they didn’t give a fuck.

They knew that they would be mocked as angry lesbians collectively in need of a tampon store, or sent away with the usual condescending platitudes about respecting women, or ostentatiously applauded by male allies who would privately gripe about the blanket tarnishing of “all men”.

And they did it anyway, pairing the incendiary rhetoric of their placards with a steely list of 24 eminently reasonable, practical policy proposals towards addressing the hellscape that is South Africa’s gender problem.

If only they had been men.

In July, in fact, men did march against gender-based violence – as part of the government’s 100 Men March. If the organisers of the #TotalShutdown protest chose a hashtag which was wildly over-ambitious, the government march’s title seemed a sadly realistic projection.

More than a hundred men, happily, ended up marching. Notably absent, for obvious reasons, was the spirit of raw anger and defiance that characterised the #TotalShutdown protest.

“Love Them Don’t Beat Them” read one popular placard: a sentiment one could just as easily imagine in circulation on a march against animal cruelty.

It reflected an ongoing problem with the national discourse around women, where even the best-intentioned initiatives play on mawkish appeals to men to “honour” and “protect” their sisters, mothers, wives and daughters – as if a woman’s humanity can only be understood when she is placed in relational terms to a man.

What is needed instead is a sober appraisal of women as normal human beings – not mystical goddesses or earth-mothers automatically entitled to a man’s love and protection. Men don’t have to love women. They just have to not beat them.

The #TotalShutdown protest was far from perfect. It over-promised and under-delivered, always a risky move for activists. Worse, its lofty aims of getting all South African women out of their workplace or home for the day to march smacked of middle-class hubris, and opened organisers to accusations of out-of-touch elitism.

The decision to exclude men from the protest, except those who define as “gender non-conforming”, was also controversial in some quarters. No such ban applied to the ANC’s marches on the same day. As a result, one of the starring players in the ANC’s Johannesburg march was Pastor Mboro: the same clergyman taken to the Human Rights Commission in 2011 for sexually assaulting women and girls in the guise of “healing” them.

But there will always be something counterintuitive about women leading the fight against gender-based violence when, by definition, they cannot end it and are largely not responsible for it.

In an ideal world, gender-based violence would be considered as much of a “man’s issue” as testicular cancer or erectile dysfunction. Men’s magazines would carry multiple-page spreads on the issue every month. Endless all-male panel discussions would be convened where men could mull over how to fix this terrible sickness of theirs.

In that alternative universe, it would be a no-brainer that it would be men marching against gender-based violence. Men mobilising other men to put their money where their mouths are and take a day off work to show their commitment to ending the problem. Male bosses insisting that male employees get out there and make their voices heard.

And in that world, the men marching would carry placards expressing just as much anger as those borne by the women at the #TotalShutdown protest. The placards would rage against a society where men are dismissed as “trash” on the basis of many women’s cold, hard, lived experiences. They would hit out at a patriarchal system which confines men to rigid gender boxes as well as women. They would ask why men kill each other in even greater numbers than they kill women.

And then, maybe, somebody would listen. DM