‘I am marching for women in the future’ 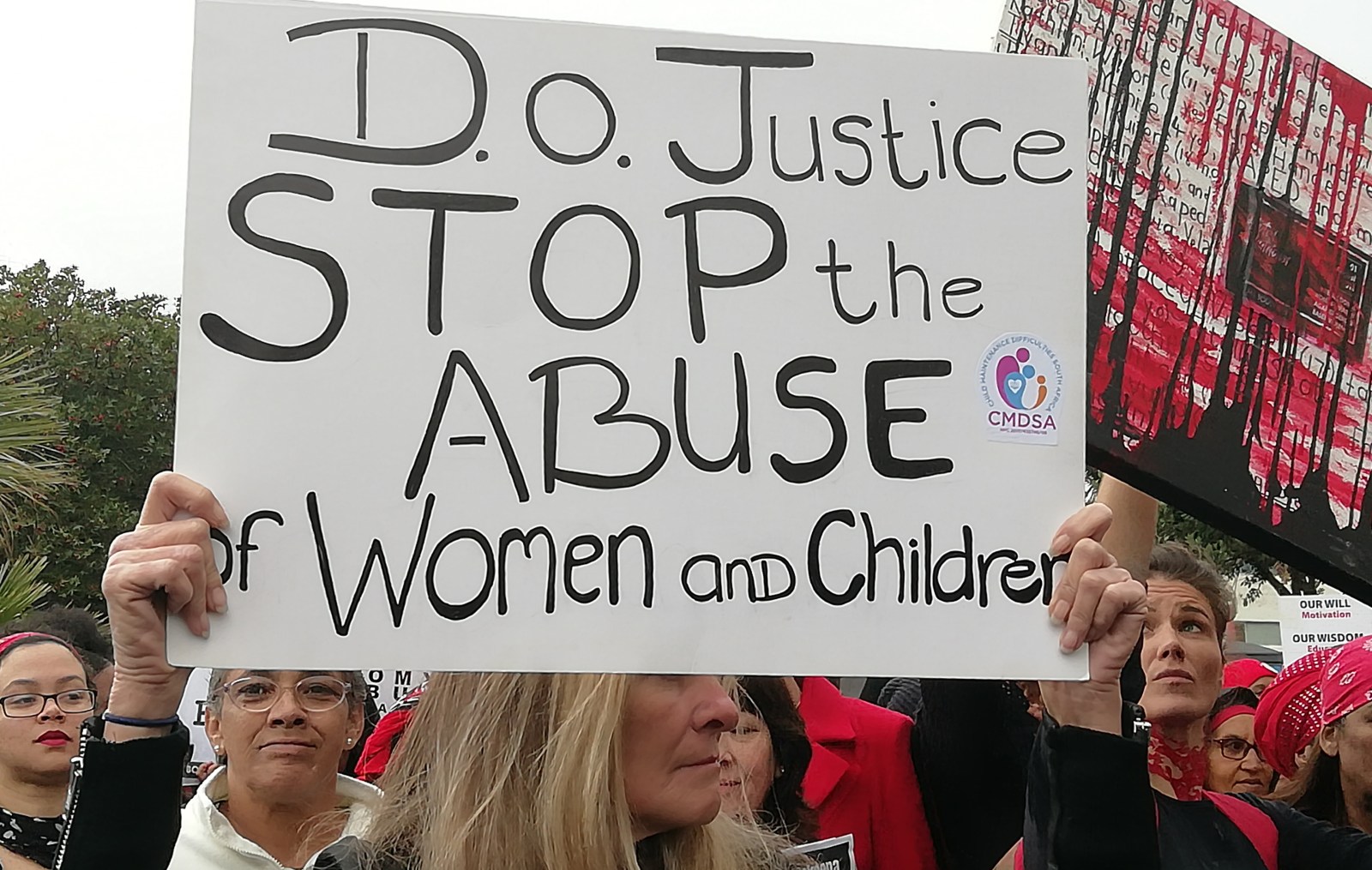 Images and videos of women of all ages and races were published across platforms on Wednesday during the #TotalShutDown. The voices from the crowds who took part were united around one issue – gender-based violence. Daily Maverick spoke to people partaking in the march in Cape Town.

“We can’t leave her at home, who will look after her?” says the grandmother of a four-year-old little girl. The woman and the little girl were at the #TotalShutdown march in Cape Town on Wednesday.

While people are taking pictures of the little girl, the woman tells Daily Maverick she has an open rape case against her ex-husband, which is currently in its fifth year.

On the sidelines of the march, the woman, who did not want to be named, told Daily Maverick that she has to “relive that” whenever she recalls her traumatic ordeal. When asked why she was at the march, she replied:

“Because I am a rape victim and (I am doing it) for future women” – such as her granddaughter.

The woman and her grandchild disappeared into the crowd of more than 200 people – full of activists, media workers, community organisers and women from all walks of life.

Explaining the poster, she said: “If you are accused like [former deputy higher education and training minister Mduduzi] Manana and Jacob Zuma – he was the one who raped Khwezi – he was accused No 1 (Zuma was acquitted). He was a role model to men, to say they can get away with it.

“If you are really serious about being a leader, and you are accused of gender-based violence, you need to use your conscience. You need to step down.”

During the march, women young and old walked together, sharing hugs and laughter as the march proceeded towards Parliament, where the names of women and girls who were murdered were read out, including Anene Booysen from Bredasdorp, celebrity model Reeva Steenkamp and AIDS activist Fezekile “Khwezi” Kuzwayo, Zuma’s rape accuser.

A convener of the #TotalShutDown took to the microphone.

“We remember the spirit of the woman who cannot walk alone at night because she is scared,” she said, and the audience started singing the Nguni hymn “Senzeni Na?”[ what have we done?], which left many emotional.

“As women, nothing is being done for us,” said Nomvume Ralarala, Saftu first deputy president, who observed that while there was focus on political killings and cash-in-transit heists, nothing was being done about the killings of women.

The memorandum was handed over, and the crowd got rowdy as it was revealed that the Speaker of Parliament, Baleka Mbete, was not available to address the audience.

Some of the 24 demands from the #TotalShutdown march include that no appointments to Cabinet or state institutions be made to any individual who has been accused of gender-based violence and for the Department of Women in the Presidency review action plans and policies to combat gender-based violence.

Additionally, the conveners of the march want government to provide a date – before 31 August – for a gender-based violence summit. DM