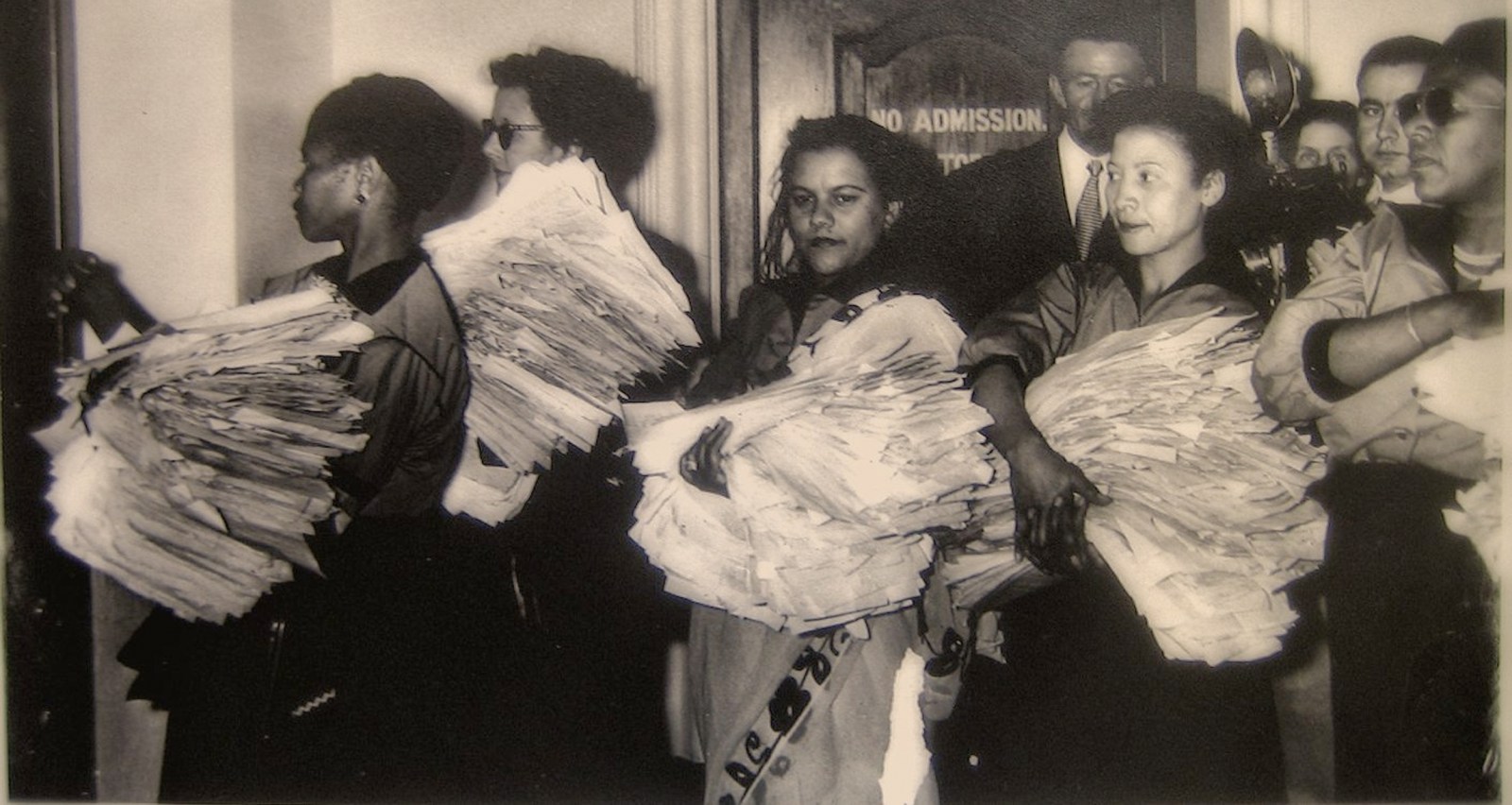 On Wednesday 1 August 2018, women and gender non-conforming people from all corners of South Africa plan to shut down activity in the country and march in protest against gender-based violence.

Women and gender non-conforming people will take to the streets on Wednesday, 1 August 2018 to protest against the high femicide rates and gender-based violence in South Africa.

In 2017 49,445 sexual offences were recorded. In the previous year 51,895 laid complaints over sexual offences, according to SAPS crime statistics. The #Total Shutdown is a collective of women and gender non-conforming (GNC) people who hope to bring the economy of the country to a halt. A call has been made for all women and gender non-conforming people from all nine provinces in South Africa to stay away from work and not participate in the economy for the day.

Lucy Nomhle Bowles*, who is on the Total Shutdown’s national spokesperson committee and admin and policy subcommittee, told Daily Maverick “one day, we decided that we have to move away from the social media rhetoric. Yes, we are not the ones hurting ourselves, but we cannot wait for someone to come and rescue us”.

This frustration led to the formation of #TotalShutdown. It began as a Facebook group exclusively for women and gender non-conforming people. It was started by women concerned with the growing number of femicides and incidents of gender-based violence in South Africa. In just two weeks the group had more than 40,000 members. The number now is over 101,000.

“Women were posting about the high statistics of gender-based violence and how women and children, GNC people and members of the LGBTI community were being slaughtered and suffering and how incompetent the SAPS and systems that were put in place to assist us are,” said Bowles.

The #TotalShutdown march is not the only protest taking place on 1 August. The African National Congress Women’s League is also taking to the streets. The league says in a press statement,that the Young Women’s Desk “along with the women across the country, will be taking a stance against gender-based violence to address this threat to our freedom”. This march, however, will not be part of #TotalShutdown marches as the movement will not be allow a political element in the protest.

“As per the wishes of the organisers of the #TotalShutdown march, the Young Women’s Desk will be marching separately due to the disallowance of our participation in paraphernalia,” the league said in a press statement.

ANC Women’s League Secretary-General Meokgo Matuba said that although they will not march with the #TotalShutdown group, they support them.

“We support each and every formation that seeks to fight gender-based violence and femicide in our country.”

Bowles said: “The wearing of regalia or a uniform is a trigger; the men who abuse, who use their power against women are in these organisations. We have seen the former president of the ANC acquitted of rape. There is also Mduduzi Manana — they were part of the ANC. We saw a woman kicked by a man wearing an ANC T-shirt. We cannot be stumbling blocks for other women at the march.”

While everyone is usually welcome to join marches against gender-based violence, men are excluded this time.

“Men are encouraged to support the movement by staying away from work and not buying anything on 1 August; however the march is only for women and GNC people,” the #TotalShutdown website says.

“Sonke has always supported the important principle of women’s right to autonomous spaces and to determine their strategies and priorities.”

She says Sonke supports initiatives that focus on tackling gender-based violence, that demand accountability and that are linked to concrete action.

The #TotalShutdown has produced a workable memorandum that will be handed to the three pillars of government — the legislature, judiciary and administration.

“It is important to remember that the work doesn’t end with us protesting on 1 August,’ says Dikeledi Mokoena, a researcher at the Centre for Sexualities, AIDS, and Gender.

“We must remember that fundamental change has to happen at the systematic, structural, institutional, communal and individual levels.”

Some demands listed on the #TotalShutdown website are for “a strong message from the office of the president that gender-based violence is alarmingly high — and that cannot be tolerated at any level of society”.

The movement calls on the Ministry of Women in the Presidency to be “seized with the convening of a national process to review past national action plans to end gender-based violence with a view to understanding why they failed”.

Skosana of Sonke Gender Justice said “there have been specific calls by women’s leadership for the #TotalShutdown march to include women and GNC people only, and we support that call, offering as it does a space for women to exercise their agency and take the lead in defining how gender-based violence is addressed in this country”.

“They must work to change their behaviour and silence that fuel impunity when it comes to the violation of women. They need not join women’s march to do this.”

In a recent article in City Press, Lesley Ncube, member of the media and communication team of #TotalShutdown is quoted as saying:

“We’ve had backlash from men saying ‘oh no, why don’t you want us there?’ which speaks to the aspect of consent… It really speaks to the entitlement of men just wanting to be in spaces they are not invited to.”

It has been reported that the South African Human rights Commission , Federation of Unions of SA and SA Federation of Trade Unions have also pledged their support. In a media release the Commission for Gender Equality expressed its support for the #TotalShutdown campaign. The commission said it “supports this noble course as it aides its own vision of creating a society free from gender oppression and inequality”.

A march that bears a resemblance to this march — as planned — is the 9 August 1956 Women’s March, when more than 20,000 women marched to Union Buildings in Pretoria to protest against the proposed amendments to the Urban Areas Act.

“I hope that historical march serves as a reminder that although we as women fought against a racist regime with men, our collective fight didn’t end with fighting colonial and imperialist violence. Men should also put on an effort to fight gender discrimination, sexism, misogyny, femicide, and patriarchy,” said Mokoena. DM

Lucy Nomhle Bowles is a pseudonym. She is a practising attorney and fears that her being active in the movement will affect her work.