DA and De Lille finally make a deal – on the mayor’... 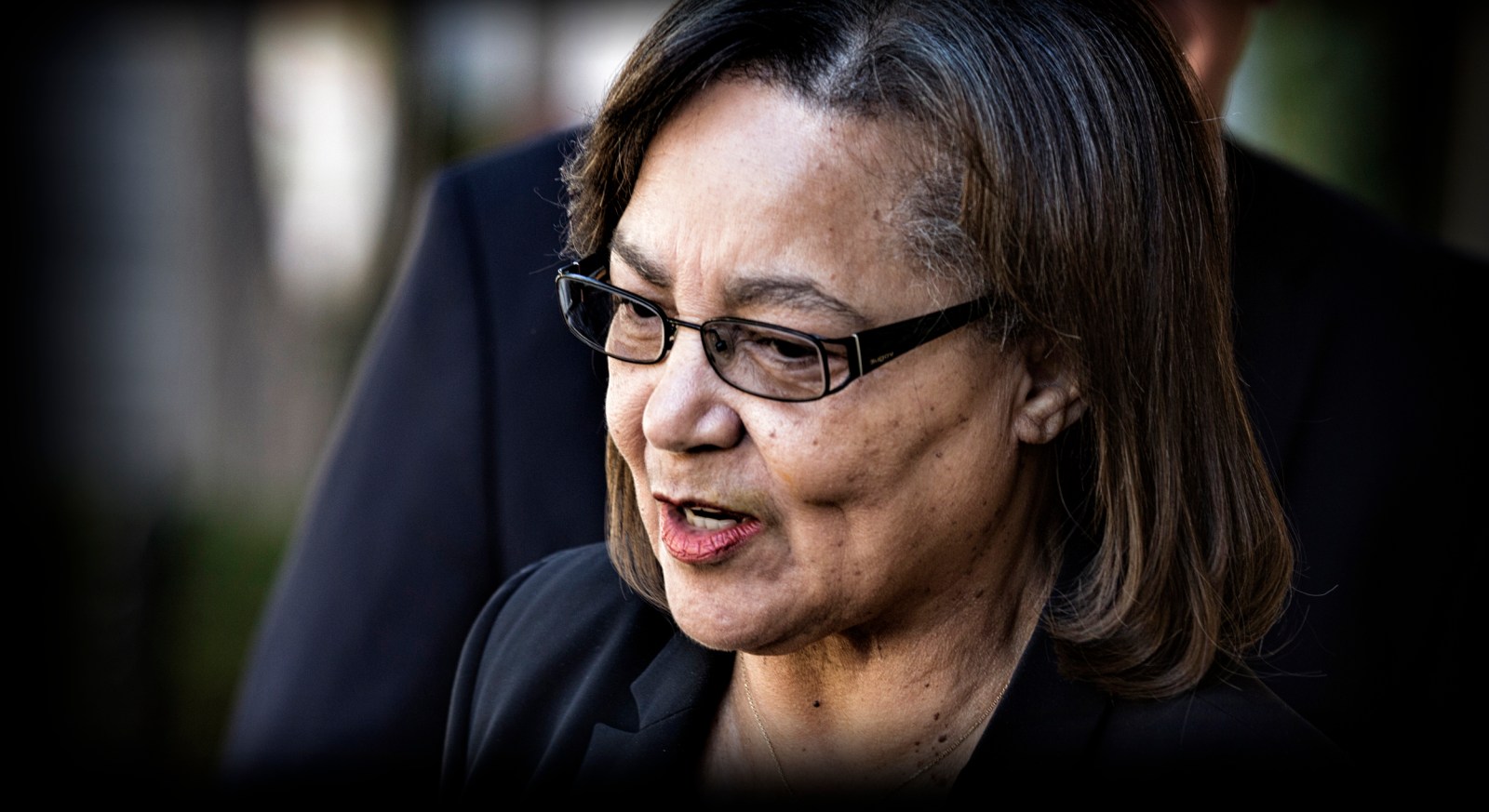 The fate of Cape Town Mayor Patricia de Lille no longer lies in the hands of the 231 members of the Cape Town City Council – after a vote of no confidence in De Lille was withdrawn on Thursday just before it was scheduled to take place. Instead, a deal brokered between DA leader Mmusi Maimane and De Lille will see the mayor’s disciplinary proceedings carried out in public view. That’s what De Lille has wanted all along.

There is a new spirit of maturity and rationality infusing the long-running battle between Cape Town Mayor Patricia de Lille and the DA.

That’s according to DA federal executive deputy chair Natasha Mazzone, who was addressing journalists on Thursday evening following the announcement that the party and the mayor have come to an agreement over how to conclude their dispute.

In terms of the deal, the scheduled vote of no confidence in Mayor De Lille – set to take place at the first sitting of the Cape Town Council on Thursday after its recess – was withdrawn, with disciplinary proceedings against De Lille to proceed instead in August.

Significantly, the disciplinary hearing – which the DA anticipates can be concluded over three days – will be open to the media. As such, DA spokesperson Solly Malatsi confirmed that all information regarding witnesses, evidence, and charges against De Lille will be made “public knowledge”, to be released ahead of time.

This is a victory for De Lille. One of the major factors that scuppered the initial disciplinary proceedings in March was the mayor’s insistence that the process take place in public view in the interests of transparency.

At the time, the DA was adamant that it could not agree to this demand.

The disciplinary hearing “is of no interest to the general public”, federal executive chair James Selfe said at that stage.

“Internal party disciplinary issues are not generally open to the public, since it is a contractual relationship in which the public has no input or interest.”

On Thursday, the DA did not explain exactly what had changed since then, or why the party statement announcing the agreement adopted a considerably more conciliatory tone towards the mayor than has been the case in the recent past.

Asked by Daily Maverick if the deal amounted to a capitulation from the DA, Mazzone was adamant that it did not.

“We never wanted it to become an unpleasant situation,” she said, adding that in reaching the agreement, “both parties have been incredibly mature and incredibly rational”.

De Lille followed suit, taking a less adversarial tone in her statement to media after the announcement than previously.

“I look forward to appearing before [the] disciplinary committee. I’ve always asked for that, and it’s going to be open to the media,” De Lille said.

The DA would not give details about the discussions between Maimane and De Lille that led to the agreement. Mazzone said a “complex process” had taken place which would remain confidential because it was internal to the DA.

She confirmed, however, that a “process of negotiation” had been ongoing behind the scenes for some time.

But it is clear that the matter came down to the wire.

The DA’s deputy caucus leader in the Cape Town City Council, JP Smith, told Daily Maverick that De Lille had signed an agreement only on Wednesday night, with the vote of no confidence against her set to proceed in the council meeting the following day.

DA caucus members were only briefed on the instruction from the party’s federal executive to withdraw the motion of no confidence in De Lille an hour before the council meeting began. It is understood that some DA councillors were unhappy with the decision, leading to uncertainty until the very last minute as to whether the caucus would comply and withdraw the motion.

Tabled by DA councillor Marian Nieuwoudt, the motion to be voted on proposed that De Lille had lost the confidence of the council through “the various allegations, independent investigations, prima facie findings, unanswered questions by herself and behaviour of the executive mayor”.

Had the motion passed, De Lille would have instantly lost her mayoral position.

When Daily Maverick asked why the DA had opted not to pursue the motion, Mazzone replied:

“The DA decided this was the most mature and correct process to follow given that there has been a lot of confusion.”

ANC councillors in the Cape Town City Council had a more cynical interpretation of the party’s change of heart, with caucus leader Xolani Sotashe suggesting that the DA was scared that the motion would not receive sufficient votes in support.

This must have been a real concern for the party, given that the last motion of no confidence against De Lille in February was defeated by one vote after some DA councillors voted against it along with the ANC.

On that occasion, there were 223 councillors present for the vote, with three abstaining. On Thursday, 218 councillors were reported present in the chamber by Speaker Dirk Smit – who himself easily survived a vote of no confidence brought against him by the ANC.

In the run-up to what would have been Thursday’s vote, there appeared to be considerable uncertainty on both sides about which way the chips would fall. Had the DA’s motion failed once again, it would have been a bitter humiliation for the party.

The DA’s delay in releasing a statement confirming the withdrawal of the motion until it had formally been taken off the table in the council meeting, however, suggests that the party leadership was alive to the possibility of a caucus mutiny from the councillors who wanted to see De Lille gone. The statement had initially been expected mid-morning, with a press briefing to follow shortly after. As it happened, neither materialised until after the council sitting.

One reason why some DA councillors wanted the matter put to bed on Thursday via the vote is distrust that De Lille will indeed co-operate with the disciplinary hearing as envisaged.

Mazzone stressed, however, that both parties had agreed to the terms of the hearing – which will see De Lille put through her paces by members of the party’s federal executive and an “independent senior prosecutor”.

When De Lille’s disciplinary hearing commenced in March, another stumbling block was that she demanded that certain members of the panel recuse themselves from hearing the matter. It is not clear whether on this occasion the composition of the August panel has been agreed on in advance. Malatsi said such details will be revealed in due course.

On the face of it, the disciplinary hearing should be a welcome opportunity for the DA to make explicit to the public the substance of its grievances with the mayor. But to think that De Lille does not have a few cards up her sleeve yet would surely be a mistake.

“Madame Mayor,” Arnolds said, “I think you can sing this morning: I will Survive”. DM