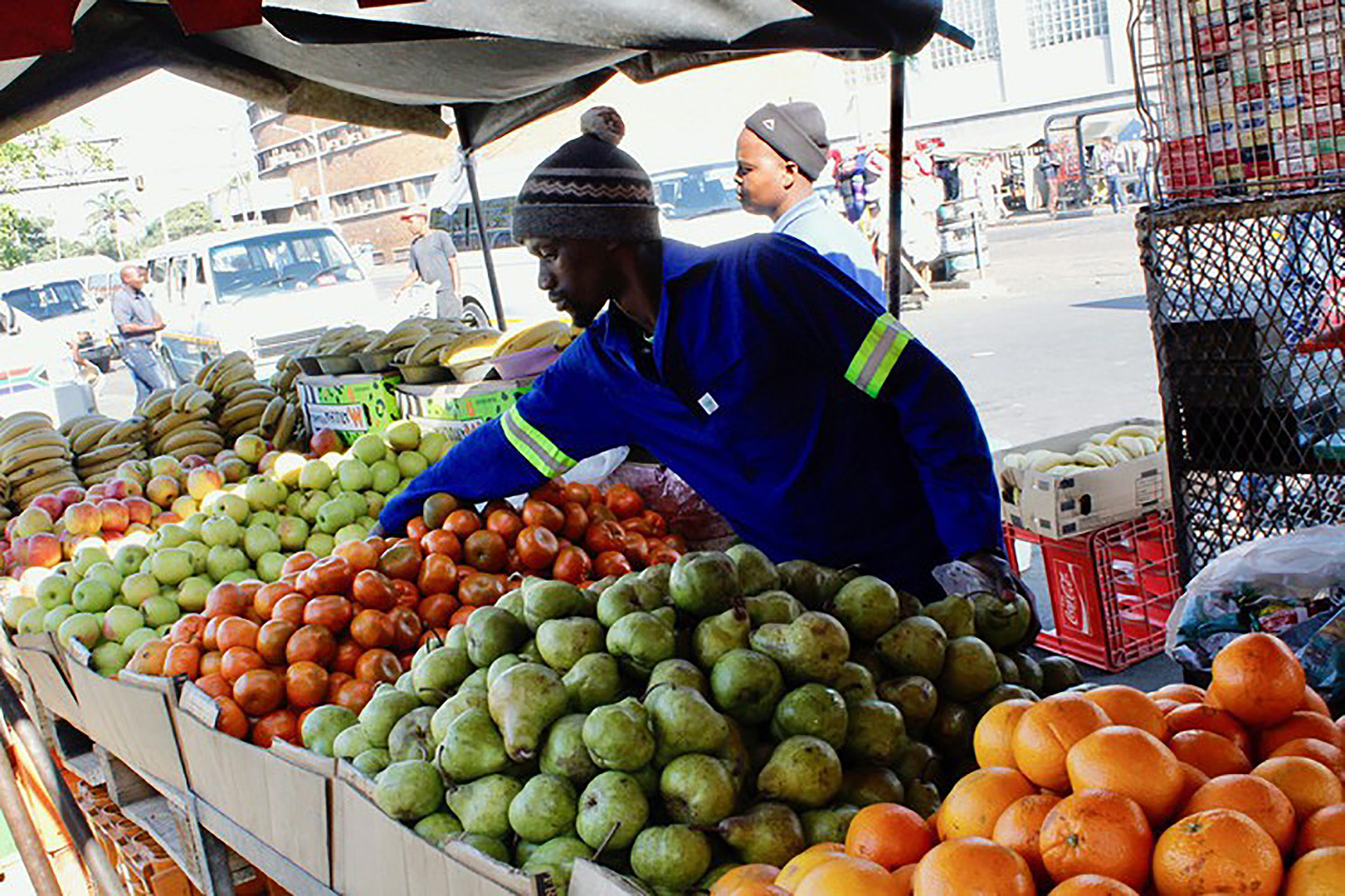 New report suggests local municipalities could do much more to support informal traders. By Nomfundo Xolo

Shops and street vendors in Warwick, central Durban, sell a variety of seasonal fruits and cooked meals as well as shoes, clothes and CDs. They are among the over 1.1-million people who are informal traders in South Africa, according to StatsSA. Millions more depend on the earnings of these vendors, and millions of people buy food and goods from them every day.

eThekwini Municipality regulates and issues permits for informal traders in public spaces. Yet there continue to be many obstacles for traders to make a livelihood.

“Street vendors consistently face challenges and local government fails to see us the same way they do formal businesses… We also contribute to the economy,” says Lusanda Mantswana.

He has been selling fruit at the Chesterville taxi rank in central Durban for three years. Mantswana says informal trading is often overlooked and undermined, but for over 10 years this is how he has survived.

“Some people who pass by look at us with pity … They think what we do is shameful, but we do this to escape poverty rather than resorting to crime or sitting at home,” says Mantswana.

The 35-year-old left his family of 12 in Matatiele, Eastern Cape to make a living in Durban. “When I came here, it was difficult. I had to work for someone else for years before I was able to afford having my own stand.

“I work better now that I have a permit because I don’t lose so much food from being chased away by the police,” said Mantswana.

Across the street from Mantswana, Zama Manci is frying chicken giblets, livers and beef kidneys over sizzling hot coals. She smears on hot sauce as she flips the meat. She sells this quick “meal on a stick” for R5.

Manci wakes up at 4am to get her young daughter ready for school. By 6am, the fire is already burning in her old steel trolley, the smoke and smells luring passers-by.

“When I came to Durban seeking a job, three years went by and I was still unemployed. I was selling sweets and chips from my shack. I later realised I could be making more money if I sell in the city.

“I worked for someone selling food at the taxi rank, until I made enough money to buy my own meat and material. I make at least R300 a day,” says Manci.

With her earning she sends money home to her mother and five siblings in Eastern Cape.

“We remain subject to abuse by the metro police. Every Wednesday I have to be prepared to start work late or risk losing my merchandise,” says Manci.

It says confiscation of goods should not be done in an arbitrary way. “If a municipal by-law only allows police officers of a certain rank to impound goods, then only police officers of that rank are able to do so. Decisions should also be carefully considered,” it says.

The report found that some municipal by-laws and policies seem to treat the informal trade as a form of social security rather than facilitating it as a legitimate economic activity. “This is evident from the by-laws or policies that give preference to informal traders who are on a municipality’s indigent register or that only allow one person in a household to obtain an informal trade permit,” the report said.

The authors of the report encouraged municipalities to do away with arbitrary rules, such as how many days or hours informal traders have to trade in order to retain a trading permit.

The report makes 23 proposals on how government can improve the informal trading sector. DM