A Bomb for Mandela 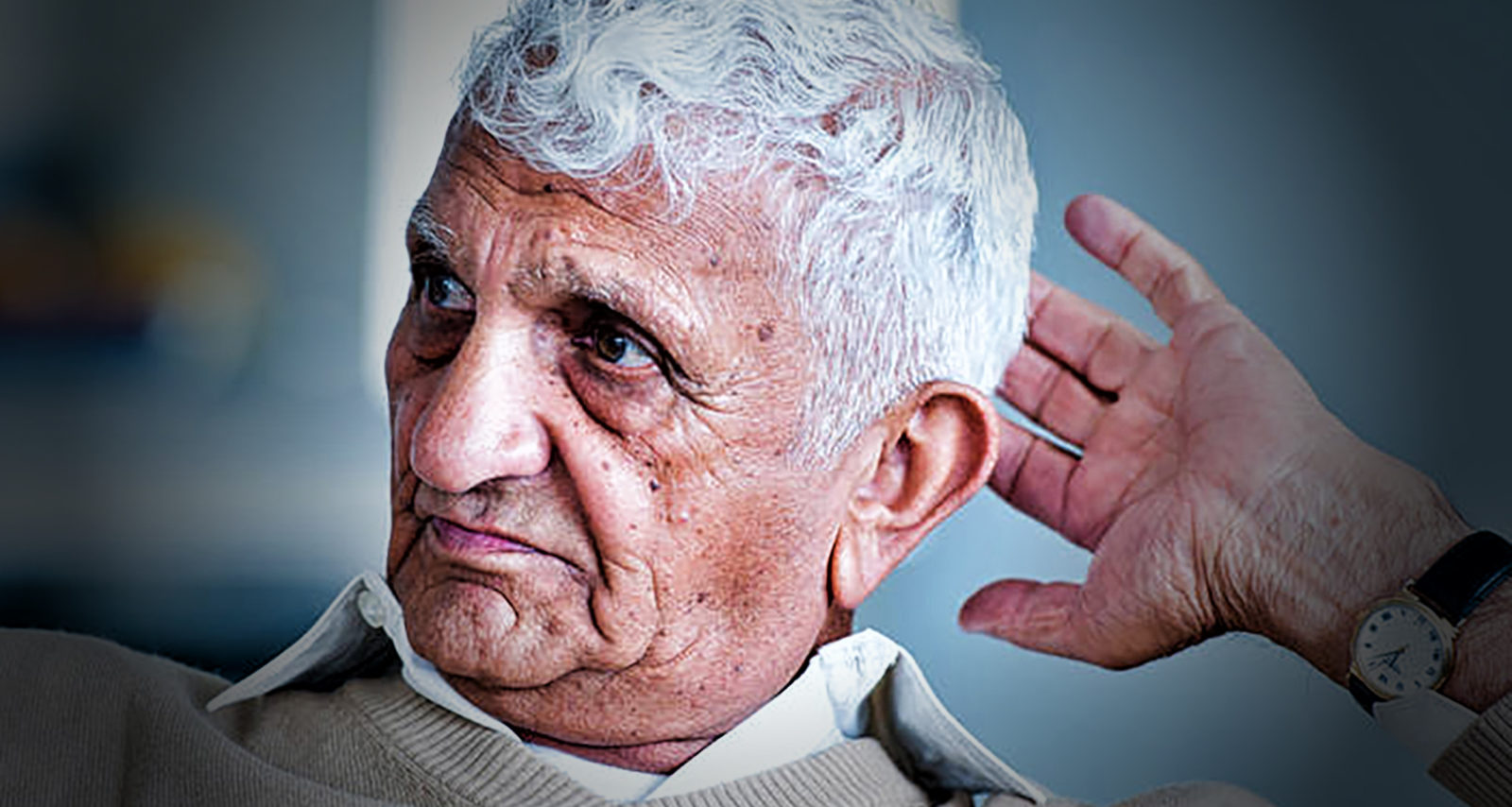 On the centenary of Nelson Mandela’s birth, the Ahmed Kathrada Foundation has released this excerpt of the yet unpublished memoirs of the late Laloo ‘Isu’ Chiba. Chiba served on the foundation’s board until his passing in 2017. He was an Umkhonto weSizwe (MK) platoon commander and Robben Island prisoner who was jailed alongside Nelson Mandela for 18 years. In this excerpt, he writes about how he and several other MK operatives planted a bomb to mark Mandela’s first court appearance in October 1952.

‘The time comes in the life of any nation when there remain only two choices: submit or fight. That time has now come to South Africa. We shall not submit and we have no choice but to hit back by all means within our power in defence of our people, our future and our freedom.’

Nelson Mandela was the reason for a special sabotage unit – made up of MK members from the Indian areas of Fordsburg and Vrededorp – blasting the electricity substation on the corner of Delarey and Twenty-Third Streets on the night of the 15 October 1962.

The Black Pimpernel, as Madiba was referred to at the time, had already been underground for eighteen months when on 5 August 1962 he was arrested near Howick in Natal on his way back to Johannesburg.

In June of the previous year, the African National Congress (ANC) had finally agreed that non-violent and peaceful methods of struggle against apartheid had not succeeded in meaningfully addressing the legitimate grievances of the overwhelming majority of the country’s population – of Black people (African, Coloured and Indian) in general, and of the African people in particular.

Madiba invoked the proverb: “Sebatana ha se bikwe ka diatla” (The attacks of the wild beast cannot be averted with bare hands only). A new, non-racial military organisation called Umkhonto weSizwe was established. It was separate from the ANC, but was under its overall direction and guidance. Also known as the Spear of the Nation (or MK for short) and headed by Nelson Mandela himself, it launched its Manifesto and its campaign of sabotage on the night of 16 December 1961.

Many people from all racial groups supported this dramatic and significant change of policy. I was among those who had joined MK from the outset, and went into action on 16 December. At my trial three years later, I explained my reasons for doing so as follows:

“Violence is not of our choosing but the natural consequence of our being denied lawful means of protest. I therefore gave my whole-hearted support to the policy of controlled sabotage.”

It was this support that one of the MK units in the Indian areas was required to translate into action when called upon to do so by Jack Hodgson, who headed MK’s Johannesburg Regional Command.

Jack explained that what was required was a massive act of sabotage by one of the units from the Johannesburg area within the next 36 hours. He said that the Movement would be making a powerful political statement if it were to succeed in carrying out such an act; that it would not be an easy assignment, more especially that such a request was being made at very short notice; and finally, that he was confident that the required act of sabotage would be carried out.

I wondered why, but it was part of our discipline not to ask questions such as what the occasion was, and why the urgency. Nevertheless, I was taken aback at what Jack had conveyed to me.

I responded by saying that it was unlikely to happen at such short notice, more especially since none of the units in the Indian areas had been placed on standby. In addition to finding one of the units to do the job, a suitable target had to be identified as well. But I undertook to do my level best and to report back to him as soon as it was possible for me to do so.

It was only later that we realised why he had made such an urgent request, namely, that the relevant occasion was Madiba’s first court appearance on 15 October 1962.

I made several attempts to get some unit or other to undertake the task, but in vain. As I had suspected, the time limit within which the act had to be carried out was far too short.

I came to the conclusion that the only way to solve the problem was to set up a special unit of whomsoever was available, do the job, and to disband the unit immediately thereafter. Not only was I aware that such an approach entailed taking risks and held dangers, but I was equally aware that my course of action certainly was in conflict with MK’s standing rules and procedures. Nevertheless, I was of the view that the urgency of the matter justified my adopting such an approach.

This special unit was made up of two unit leaders – Abdulhay Jassat and Solly Vania – with Faker Salie (who was already a member of the unit under me) and I, making up the group. We met to discuss the matter, with the view to reaching consensus on the issue. I had already briefed them when I had originally approached them on the matter.

They rightly pointed out that such an approach would come into conflict with MK’s standing orders; that should something go wrong – arrest and/or injury – contact would be fractured both upwards and downwards; and that the members of the various units in the Indian areas were bound to lose contact with the centre with regard to ongoing guidance and instructions in future.

Their objections and concerns were absolutely valid. The discussions were heated – at times generating more heat than discussion. But we conducted our discussions in a comradely spirit as befits members of any organisation involved in the struggle for liberation. It was this spirit, coupled with an appreciation of the importance and the urgency of the matter, that finally paved the way for a unanimous decision to go ahead with the envisaged plan. Having crossed this first major hurdle, I sighed with relief, and started making plans to implement the decision.

The next two hurdles – that of identifying a suitable target, and of selecting the explosive device for the job – were relatively easy tasks. We settled on the Vrededorp electrical substation as the target to be sabotaged.

That substation had been reconnoitred by members of another unit on more than one occasion, and had kept me informed about it as a potential target for the future. But that did not mean that another unit would not be assigned the task of sabotaging it, should circumstances warrant such a move. Since by this time I had been heading a platoon – consisting of four units with four members each – I was able to sanction such a move.

Secondly, we chose a 10-pound dynamite bomb which had to be detonated electronically. This bomb had been prepared some time previously by Elias Motsoaledi from the Johannesburg Regional Command, and was stored away safely for use as and when required.

In allocating the tasks, it was decided that Abdulhay would attend to all matters relating to the getaway; that Faker would be on the lookout to alert the make-shift unit of any danger; and that Solly and I would do the rest – namely, enter the fenced-off enclosure, place the bomb, and activate the detonating device.

The plan was then put into motion. Having cut a hole in the wire fence, Solly and I entered the enclosure; placed the bomb on a 44-gallon drum, which we assumed had contained transformer oil; activated the timing device which would electronically ignite the fuse in two hours’ time. Once ignited, the dynamite would be detonated within 10 seconds thereafter. Having completed these tasks, we left the scene with a feeling of a job well done.

Or so we thought!

We waited in the vicinity for two hours for the explosion to occur. Nothing happened. We realised that something had gone seriously wrong when, after having waited for another hour, there was still no explosion. Each member of the unit was in a state of extreme anxiety.

We quickly had a discussion to consider what to do next. Having revisited the earlier arguments – this time with less heat and more discussion – we came to the conclusion that there were three options open to us. Option one: to go in with the view to retrieving the bomb so that the security forces would not get hold of it. Two: to go in, and having defused the bomb, ignite the fuse manually with the lit end of a cigarette. And three: to simply do nothing about it.

What to do or not to do – that was the question.

However, having already violated standing rules in the best interests of the Movement by successfully motivating the unusual formation of a special unit to undertake a special task assigned to it, it would not be inconsistent to again violate those rules by settling for the second option. In for a penny, in for a pound.

And secondly, since I had been the one to persuade the remaining members of this special unit of the importance, the necessity and the urgency of undertaking that task, the choice as to who should volunteer to implement the option was not to be debated.

But I don’t mind confessing that I was very nervous and fearful – “shit-scared” to be frank. I had read books and had seen movies where members of bomb-disposal squads had gone in only to be blown up to bloody bits. And the memory of Comrade Petros Molefe’s death by a premature explosion of the bomb he had been carrying on the night MK had been launched was still fresh in my memory.

Before re-entering the enclosure, I had asked Solly to widen the hole in the fence so that I could make a quick getaway once the task had been accomplished. I knew that in matters of this nature, even a single second could well make the difference between death and survival.

But once I had re-entered the enclosure, my mind was totally blocked off from everything else, except to do the job and to and get out of there quickly.

I disconnected the timing device – a two-hour parking meter, which appeared to be faulty. I sighed with relief when nothing happened! Since the bomb had been designed to be detonated electronically, the fuse attached to the timing device was very short – the duration of which in terms of time was about eight or 10 seconds only.

I lit the cigarette.

Could I trust the steadiness of my own hands when igniting the fuse?

Could I trust the length of the fuse in terms of seconds?

Ten Seconds! So I jabbed the fuse with the lit end.

All that I had was about ten seconds to distance myself from eternity.

And I ran. Like hell. The whole thing blew up just before I reached the getaway car.

It was a massive blast!

And a massive statement!

What A Bomb for Mandela! DM