France’s World Cup: Engineered by a shrewd tactician, brought alive by the players from the banlieues 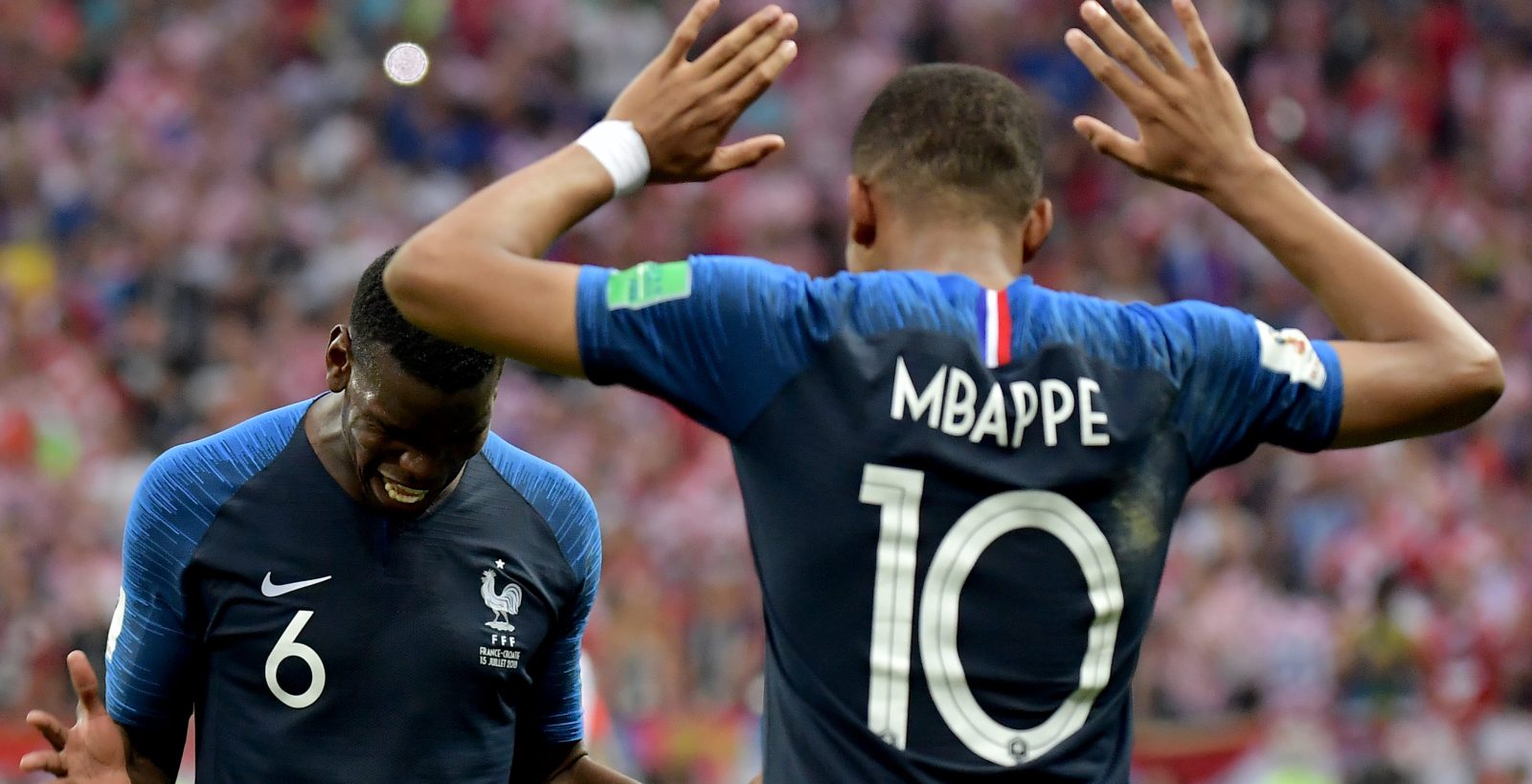 Is Didier Deschamps lucky or a genius? Whatever you believe, he's made history and the team has emulated the glory days of 1998.

In 2013, a few months after being appointed coach of the French national team, Didier Deschamps was under pressure and pissed off. His side for a World Cup qualifier had been made public by the newspapers, something he did not take kindly to.

At the press conference he fired a shot at reporters, saying: “You want to know all our secrets… but I also know some of yours.”

Was he bluffing? We may never know for sure, but we do know that Deschamps has enshrined himself in football immortality by becoming only the third man to win the World Cup as a player and coach, and only the second man to achieve it as a team captain.

In an unusually eventful World Cup final, which featured open play goals, pitch invaders, a VAR-assisted penalty, a ridiculous goalkeeper error and yet more brilliance from the footballing world’s most valuable teenage player, France triumphed  4-2 over Croatia at the Luzhniki Stadium in Moscow.

An own goal from Mario Mandžukić, Antoine Griezmann, Paul Pogba and Kylian Mbappé earned Deschamps footballing immortality which many believe he achieved through a stroke of luck.

Deschamps has raised a few eyebrows along the way. Firstly with curious squad omissions before the World Cup, then through head-scratching tactical decisions at the tournament. But throughout it all he’s never lost sight of what’s at stake.

Throughout the World Cup, he has proven himself an apt man-manager: finding a way to balance the urgency of Kylian Mbappé with bringing out the best in Paul Pogba, trusting goal-less Olivier Giroud and allowing N’Golo Kanté to scurry about his work under the radar.

But Deschamps has done something else which has almost gone unnoticed. He has created a culture where no individual subverts the team – a near impossible thought for a squad that contains Pogba and Antoine Griezmann, who couldn’t resist a bit of domestic club grandstanding before kicking off in Russia.

Deschamps divides opinion in the French press and public and, while he sometimes, like in 2013, has a prod to remind everyone who is in charge, he mostly just gets on with the job.

He has surrounded himself with people he trusts and he invests his own belief in those he takes on. Every player called up for Les Bleus sits down for a personal chat with the coach. He tells them what he wants, what he expects and that he doesn’t believe in talent. Not in the traditional sense, anyway.

In hindsight, this quote is even more pertinent considering just how young this French team is; their talisman, Mbappé, is only 19-years-old.

His wizardry at the World Cup came, at least in part, because Deschamps allowed him to play a free role up front, despite being very much the junior to Griezmann and Pogba – the usual suspects for such a role.

Yet there has been no visible ill feeling from either towards the teenager. In fact, it’s been quite the opposite for Les Bleus. They have all visibly indulged in each other’s success.

It’s not that different to the side Deschamps captained to World Cup glory two decades ago, but the coach insists he never let his own heady days influence the future.

“You have to live in your own times: I never, never, never mention my own history,” Deschamps said at one of his press conferences at the World Cup.

“Some of them were not born but saw pictures. It belongs to a lot of French people that lived through it but not the young generation. I’m here to write a new page in history, the most beautiful page. I’m not saying I’m not proud of what we did 20 years ago. Nobody will be able to erase it. But we can’t look back and see what is in the rear-view mirror.”

That beautiful page will mean different things to different people, but like the team back then, the current crop of youngsters have been hailed as a good representation of the country’s diversity.

And while many have, rightly, cautioned against being swept away by the euphoria, the context cannot be ignored. The teenagers who were caught in that euphoria are now adults and Nike has already played cleverly on the generational shift, with a poster saying: “ ’98 was a great year for French football. Kylian was born.”

The youngster and his team-mates have been hailed for writing their own beautiful page, one that shows what the spirit of the banlieues is all about.

The French government might be struggling to find solutions to racial discrimination and inequality in the high-rises of the urban sprawl, but the players are changing the narrative.

Eight from this World Cup squad, Mbappé chief among them, were brought up in poor areas still stigmatised and often ignored. But backed by their supportive families and access to the right opportunities, the young French stars are flipping the script and giving hope to yet another future generation.

Across one of the advertising boards on a tower block in Bondy, Mbappé, throwing a thumbs up, accompanies the slogan: “Bondy — Ville des Possibles” (city of possibilities). Possibilities, perhaps, but certainly not the overarching narrative when the suburbs are discussed.

He’s not the only local hero: Pogba in Lagny-Sur-Marne and Roissy-en-Brie, Kanté in Suresnes, Blaise Matuidi in Fontenay-sous-Bois, Benjamin Mendy in Longjumeau.

Through the years, a glut of international talent has emerged from France’s tower blocks. At this year’s World Cup; Morocco, Portugal, Tunisia and Senegal all had players who spent their formative football years in Île-de-France. Algeria, at the previous World Cup, had players from the same region. Those of foreign heritage who don’t make it with the French team pledge their national allegiance elsewhere.

You’ll know them by their style of play: fast and compact with precision decision-making.

The story is one that’s recognised around the world. Sport is something to do, a distraction from the grim realities. It’s the same reason so many US basketball stars come from the inner city.

This formula, though, is somewhat different. French suburbs, no matter how poor, almost always have a state-funded sports club where accredited coaches and social workers are dedicated to making a difference.

It’s estimated that about two-thirds of professional soccer players in the country now come from the region surrounding Paris, even though less than 20 percent of the country’s population is concentrated there.

The rise has been steady but noticeable, with Arsene Wenger saying more than a decade ago that the greater Paris region was second only to Sao Paulo in Brazil as the best place to find young footballing talent.

In 1998, the World Cup-winning side had just three Parisians – Thierry Henry, Patrick Vieira and Lilian Thuram – while the team that won the 1984 European Championships had just one.

That 14 players in the French squad have immigrant roots almost seems secondary. But it’s immigrants and their children who have changed the talent formula and who France now have to thank for their second World Cup.

The parallels with 1998 are profound. But if there are any lessons to learn from two decades ago, it’s that the social cohesion only lasts as long as the fireworks – and politicians will always try to ride on the coattails.

Emmanuel Macron, trying to shed his tag as a president of the rich, has already tried to thrust himself forward as a die-hard football fan.  For France’s quarter-final against Uruguay, Macron invited players from banlieue clubs and schools to watch with him at the Elysée Palace gardens.

But at least the lessons from 1998 are sticking for some. Ex-president François Hollande issued a warning last month: “We wanted to draw the conclusion that this victory [the 1998 World Cup) would change French society. It didn’t change it. It’s up to politicians to change it.”

The boys from the banlieues have done their bit, now it’s over to the rest. DM