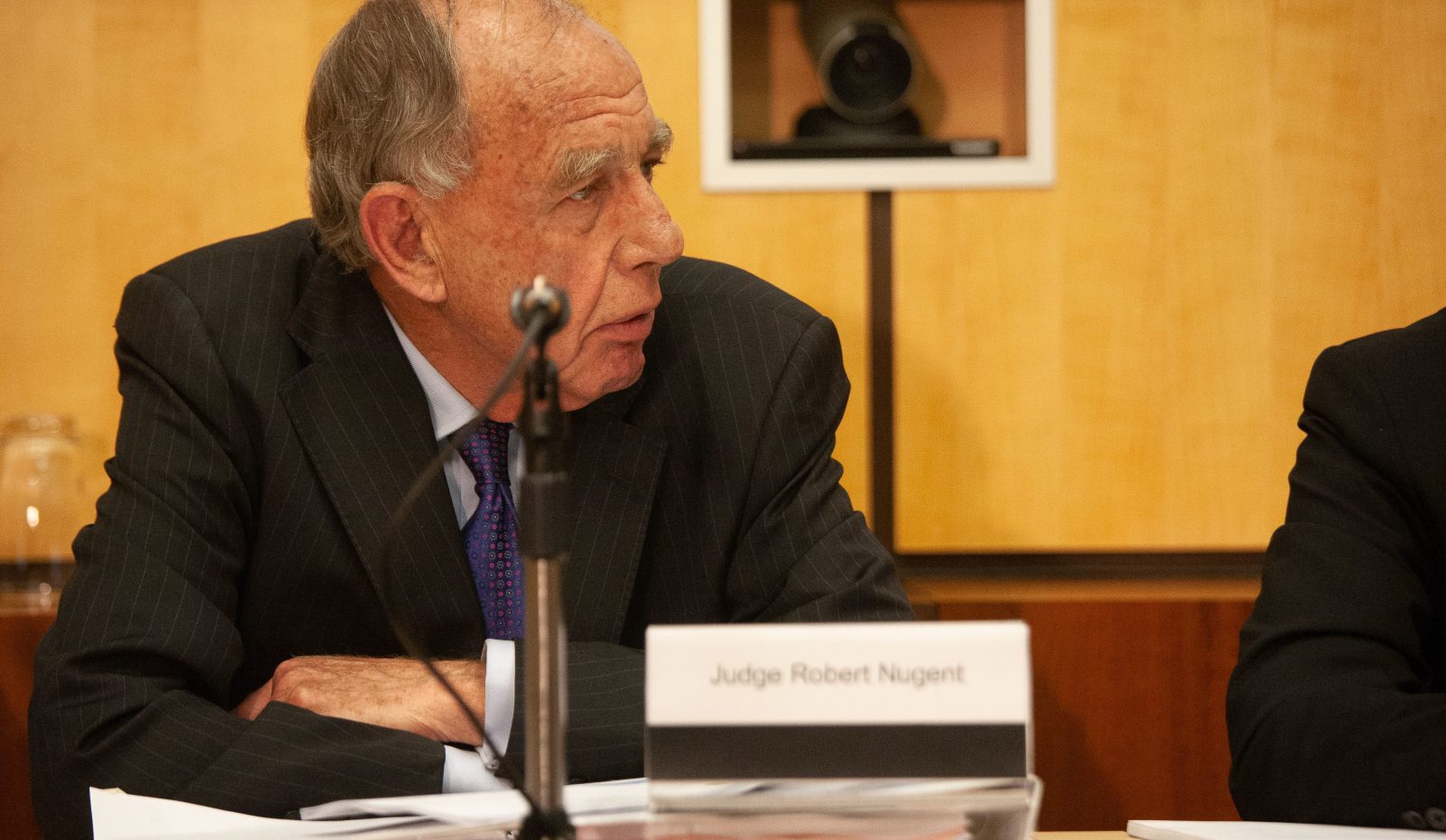 Public Enterprises Minister and former SARS commissioner Pravin Gordhan was the first witness to appear at the inquiry into the running of the revenue authority on Tuesday. It’s set to be an explosive exposé of what happened under suspended SARS Commissioner Tom Moyane.

Judge Robert Nugent proved his style of leadership on the first day of public hearings at the inquiry into tax administration and governance at SARS. Public Enterprises Minister Pravin Gordhan was the first witness to appear to explain the systems he established while SARS commissioner between 1999 and 2009. A few years later, everything went wrong.

Gordhan is proud of his achievements and outlined significant improvements at SARS during his tenure. In his 140-slide presentation, full of technical tax lingo and management speak, he highlighted advances in tax enforcement, transformation, organisational culture and ethics.

“Was it not working as well as you say?” inquiry leader Nugent asked the minister directly at SARS’s Pretoria offices.

After years of scandal and a R50-billion shortfall in revenue collection, President Cyril Ramaphosa in May appointed Nugent to lead the SARS inquiry into a long but clearly defined list of challenges. The inquiry will probe the mass exit of senior staff, the compromising of tax investigations, and whether any public officials or their connections benefited from questionable tax administration processes.

“The broad thrust of [the inquiry] is about governance in SARS and that’s I think going to be the main thrust of the report: Is SARS being governed properly and if not what must be done about it?”

While appointed finance minister in 2009, Gordhan was the architect of the system that suspended Commissioner Tom Moyane took over in 2014 and he was there to explain SARS, which Nugent described as “very complex”.

Gordhan was sidelined by former president Jacob Zuma before he repeatedly urged the public to “join the dots” to explain State Capture. He largely held back on Tuesday from criticising Moyane’s leadership, but his history lesson sounded like another call to read between the lines. 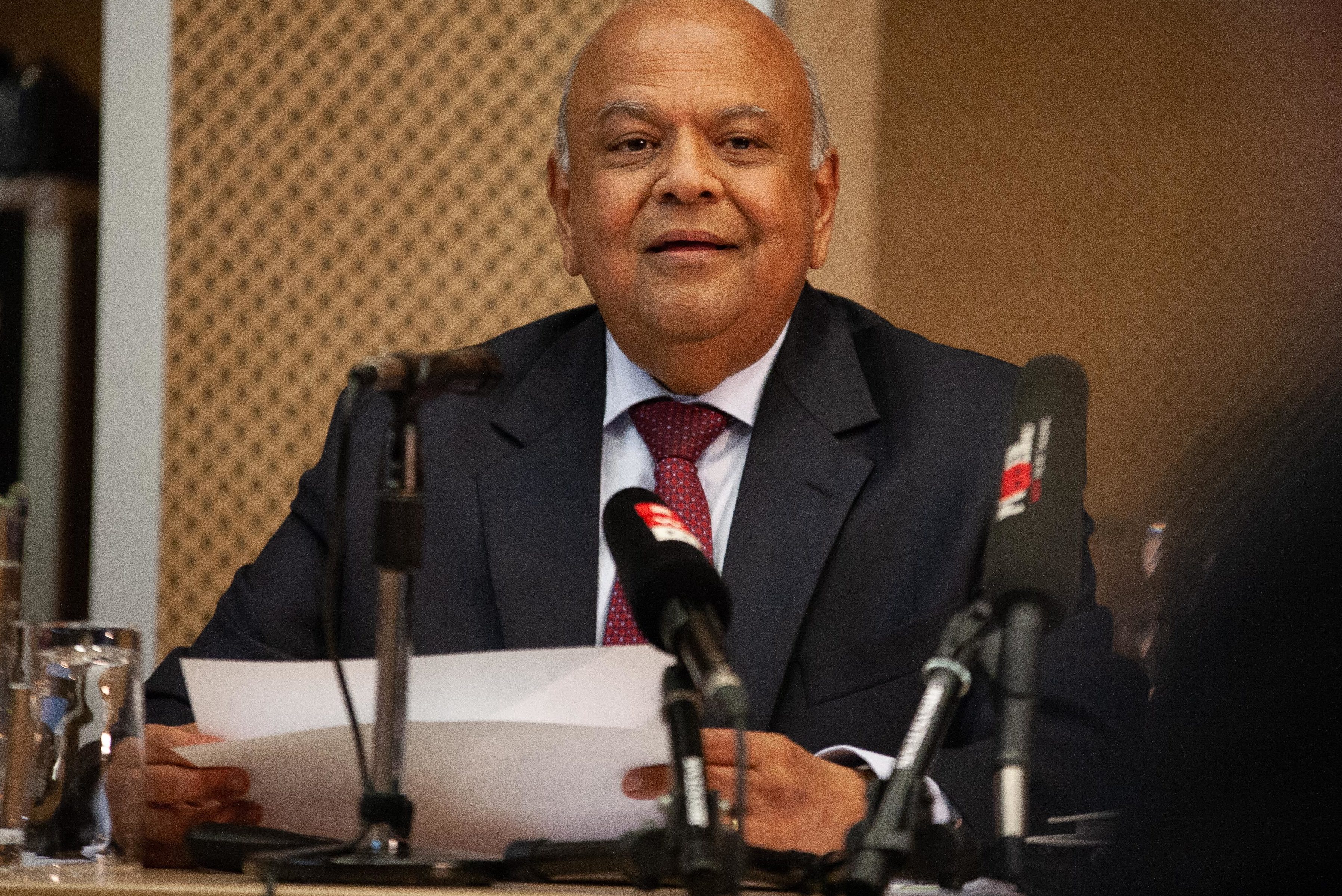 He outlined in detail how SARS improved staff morale and employees were proud to say they worked there. Specialised units were established to improve tax compliance and enforcement, key to getting individuals and businesses to pay their taxes. Systems were streamlined and staff had to act with integrity.

“By 2014, if not earlier, the SARS was a world-class modern, efficient and respected tax and customs administration. South Africans who worked for SARS held their heads high both within South Africa and indeed globally as well,” he said.

Nugent said the inquiry has already heard “very disconcerting things about people and the morale in SARS at the moment”. Integrity at the highest levels is clearly in strife. The institution’s investigative and enforcement capacity has largely been disbanded.

Asking whether everything was as rosy as Gordhan suggested it might have been when he left, Nugent referred to the organisational review Moyane commissioned just months into his job, led by consultants Bain & Co.

Gordhan, who moved back to the finance minister position in December 2015, shut the idea down and said there was a “deficit of information” from SARS leaders when he inquired about the restructuring process.

“The first meeting on the 15th of December, 2015, was to say ‘halt this process. Give me information. Tell me what’s really going on.’ Didn’t happen,” said Gordhan.

“And all that I was told is that we need to continue… Essentially there was no deference for the office of the minister of finance and quite clearly it is linked to revelations that come a little later.”

The minister was asked whether Moyane’s overhaul of SARS could have been necessitated by employees failing to adjust to the institution’s modernisation project or failing to racially transform its procurement policy. He provided reasons why neither could be true.

The criminal charges dropped against Gordhan for approving SARS executive Ivan Pillay’s early retirement were also raised. According to the inquiry, a former employee wrote that she saw Gordhan consult extensively before he approved Pillay’s request.

That prosecutors ignored the evidence was proof of “malicious intent”, he said.

“But my conscience is clear, absolutely, that I did all the checking that I could at the time and that I did the right thing by the law.”

The inquiry has a short time frame and is required to submit its interim report to President Cyril Ramaphosa by 30 September and its final report by 30 November. Nugent said “a mountain of documents have been produced” and much of the work will focus on documents and affidavits rather than public hearings. Nugent committed to making information that doesn’t involve taxpayers’ confidential records available to the media.

“This commission we regard as quite an urgent one and I think the president does as well. He’s given a very limited time for us to report to him and there are important issues,” said Nugent.

Both he and Gordhan noted how, for the country to achieve its goals, SARS needs to function.

“It is said that the collection of revenue has fallen short by R50-billion. Some people say, ‘Well, that’s the economy that’s done that.’ Other people say, ‘That’s because SARS is not working efficiently.’”

Nugent seems determined to find out. The SARS inquiry will hold public hearings throughout the week. DM