Analysis: The case against Tom Moyane 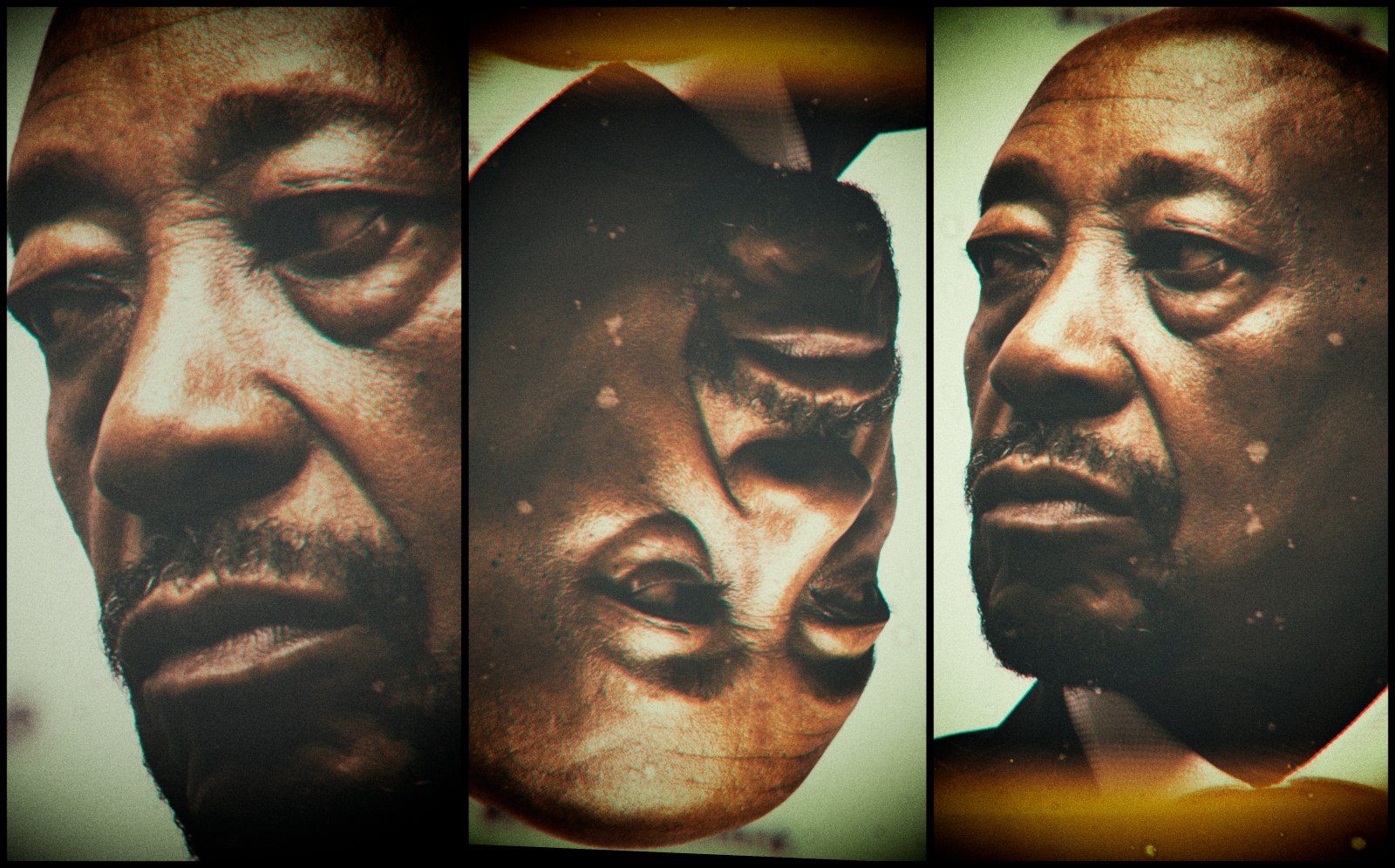 The list of Tom Moyane’s sins is long, most of it grounds for dismissal. Yet the suspended tax boss is still clinging to his job while making absurd demands. As President Cyril Ramaphosa’s office is this week expected to finalise and serve the disciplinary charges, let’s consider the legal case against Moyane.

Tom Moyane was suspended from his position on 19 March. In his suspension letter, President Cyril Ramaphosa referenced his handling of the Jonas Makwakwa-debacle and the Gupta VAT payments, claiming he had “lost faith” in Moyane’s ability to run SARS effectively. These two matters, as well as Moyane’s vitriolic fight with Pravin Gordhan and the Auditor-General over bonus payments to SARS EXCO – all revealed by Scorpio – will be his undoing, and provide the strongest grounds for dismissal.

SARS Commissioner Tom Moyane was appointed to his position in September 2014. By then, the Sikhakhane investigation into allegations of impropriety by triple spy and lawyer Belinda Walter against investigative head Johann van Loggerenberg had started. The matter took a strange turn right about then: Information leaked from Moyane’s office and the SARS HR department to the Sunday Times, to create the impression of a “SARS rogue unit” that previously spied on politicians and used “illegal” investigative methods. It is worth noting that not even Walter at this stage made claims of a “rogue unit”.

Audit firm KPMG took up the baton and formalised the allegations in a now-disgraced investigative report. The NPA recently charged three former SARS employees, including Van Loggerenberg, with corruption and illegal interception of communication emanating from this report.

The façade held for two years, until the Sunday Times lost a press ombud case and had to withdraw its “rogue unit” claims. The Moyane curse also invoked misfortune on KPMG: The formerly highly regarded auditing firm was last year forced to fire eight top members of its management team, admitting to blatantly copying sections from a letter drafted by Moyane’s law firm of choice, Mashiane Moodley & Monama, into its SARS investigative report. KPMG withdrew the findings and recommendations of its SARS report.

The damage, however, was done. It was war in SARS.

The allegations gave Moyane the self-proclaimed moral high ground to initiate swift and drastic changes at SARS: The investigative capacity was decimated, while employees were moved around and reporting lines destroyed; one by one, SARS’ executive committee members were fired or pushed to resign, leaving Moyane a gap to inject his own choice of managers into the top decision-making structures of SARS, with almost no tax knowledge or experience; managers accused of going “rogue” to this day remain suspended on highly questionable grounds; meanwhile, known tax evasion suspects like Cape Town gangster Mark Lifman, Jen-Chih Robert Huang, the Zuma clan and arms deal-linked businessman Fana Hlongwane have been let off the hook.

Some of the institution’s top investigators left. The tax ombud made detrimental findings about SARS’ handling of VAT refunds. The Davis tax commission found managerial problems which had to be corrected. Taxpayer confidence is at an all-time low: The 2017 revenue deficit was R30.7-billion, the 2018 revenue deficit was R48.2-billion.

Moyane’s treatment of SARS employees, the annihilation of SARS’ investigative capacity and, even more so, the special treatment afforded to certain taxpayers may all be grounds for suspension. These will, however, take time to investigate, and are in some instances difficult to prove conclusively.

South Africa cannot afford a long and protracted disciplinary and labour process that will delay the appointment of a strong and competent SARS Commissioner who, in turn, will be compelled to fire Moyane’s executive committee and rebuild SARS. Ramaphosa’s legal advisors will therefore probably focus on the most effective way to boot Moyane out swiftly, without triggering any clause in our extensively developed labour law.

Of all the cases against Moyane, his unilateral payment of R3-million in bonuses to his executive committee, including R930,000 to former Chief Officer Jonas Makwakwa while he was on suspension, may be the most detrimental, legally speaking. The origin of the bonus debacle is a vitriolic fight between Moyane and Gordhan, displayed in a series of sixteen letters Scorpio has seen, dated from 1 April 2016 to 2 February 2017. Moyane wanted to pay a total of R561-million as salary increment and incentive bonuses to SARS employees. Included was R3-million in bonuses to his executives. Gordhan, minister of finance for the second time by then, overturned his predecessor Nhlanhla Nene’s decision, saying government needed to display “prudence and modesty in salary increases”.

Moyane was, however, unstoppable. He challenged Gordhan’s oversight role over SARS and denied that, based on law and precedent, he needed the minister of finance’s approval to pay any bonuses, even to his executives. Gordhan at the time warned Moyane that it was “unethical, immoral and illegal for top management to determine its own salary increases and bonus payments without any external/executive scrutiny and approval”. Moyane would be in contravention of the PFMA and SARS Act, Gordhan said. A belligerent Moyane paid no heed and the bonus payments were effected.

Moyane at the time had the backing of president Jacob Zuma, and nothing came of the matter. Until the Auditor-General (AG) had to sign off on SARS’ annual financial statements. After a quick, but lethal sparring with AG Kimi Makwetu, Moyane had to bow the knee. The AG classified the R3-million in bonus payments as “irregular expenditure”, reported it as such in the 2016/17 Annual Financial Statements – and effectively sealed Moyane’s removal.

Based on the AG’s classification, Moyane has, in terms of s83(1)(b) of the Public Finance Management Act (PFMA), committed an act of “financial misconduct” because he “wilfully or negligently ma(de) or permit(ted) an irregular expenditure…”

Financial misconduct is, in turn, “grounds for dismissal or suspension”, according to s83(4) of the PFMA. Moyane cannot deny or distort what has happened, as he characteristically attempts when cornered, because the devastating details are mostly written and signed by his own hand. Any presiding officer in a disciplinary committee will have no choice but to dismiss Moyane, based just on these facts. (When Scorpio wrote about Moyane’s self-created mess in stories labelled the Makwakwa Dossier, SARS reported Daily Maverick to the press ombud. Daily Maverick won the case in totality.)

Moyane’s handling of the Makwakwa matter, discussed in detail in Scorpio’s five story series The Makwakwa Dossier, provides an abundance of illegal acts that should be used in a disciplinary procedure. The most detrimental may be Moyane’s repeated contraventions of the Financial Intelligence Act, in order to assist his former right-hand man Jonas Makwakwa to get back in SARS. Moyane misused SARS as a postbox, in an attempt to help Makwakwa’s lawyer in her case against SARS, and tipped Makwakwa off that he was being investigated. Moyane may even face criminal charges for his conduct. Again, he cannot deny his contraventions of the FIC Act – letters signed by him will attest thereto.

To use the Gupta VAT matter in a disciplinary procedure will need some investigation and a more careful legal analysis of the facts. From the very beginning, the entire process of SARS’ R70-million VAT payment to the controversial Gupta family in June 2017 danced with illegality. Moyane and his head of legal, Refiloe Mokoena, ignored at least six red flags in order to effect the payments. In doing so, Moyane and Mokoena aided possible acts of money laundering and fraud, while allegedly pressuring SARS officials to effect the illegal VAT payment to the Guptas. Ramaphosa’s legal advisors will probably use several laws, including the Income Tax Act, VAT Act, SARS Act, PFMA, as well as Prevention and Combatting of Corrupt Activities Act, to build a case in the Gupta VAT matter against Moyane. DM