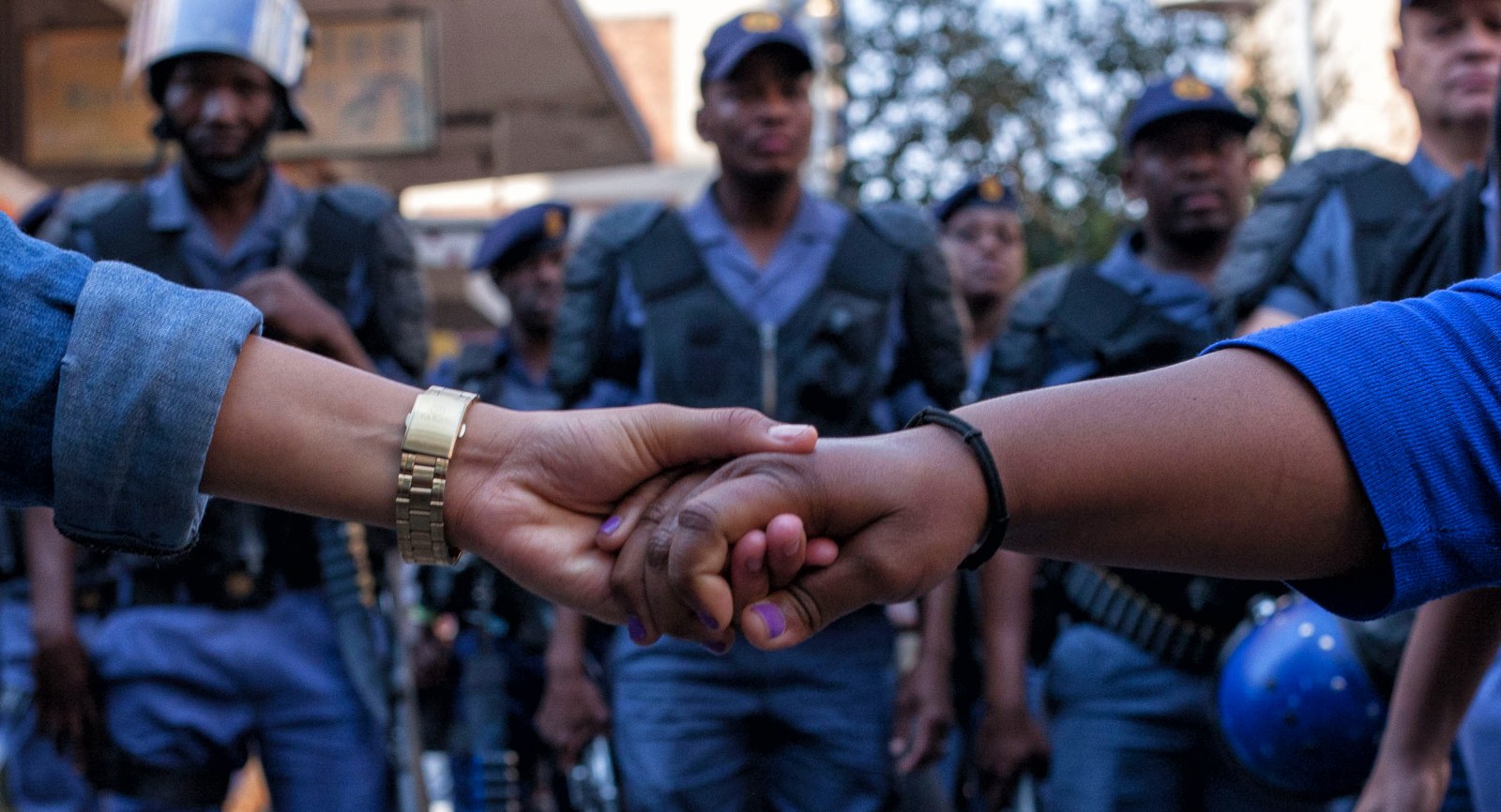 Students who took part in Fees Must Fall protests are entangled in drawn-out court cases. A new movement – #FreeTheStudents – is needed.

On Saturday June 16, we once again stirred up the old spectres. We took a moment to remember the youth who have been brave enough to challenge the old order in pursuit of the future they imagine. We remember the youth of 1976 who stood up against the apartheid government, some who still carry the wounds, trauma and scars of that day. Thousands of young people responded to the call – who will fight against an unjust state? They said: “Thuma Mina”.

Active citizenry doesn’t always look respectable or polite. It doesn’t always play by the book. Sometimes it’s uncomfortable, risky and perilous. This is what we found out when we mobilised for free higher education in 2015, and we still carry the trauma.

We all know the June 16 story. It’s as familiar to us as South Africans as the homes we live in. Young, black South Africans marched against their dissatisfaction with the apartheid’s government Bantu Education Act, which provided a substandard of education with few resources, and the introduction of Afrikaans as a medium of instruction.. The students fought back – they too deserved an investment towards their education, their future and their dreams. The uprisings resulted in the blood of black people flowing through the streets after police fired live ammunition in defence of the status quo.

The same trauma unfolded in the 2015-2016 #FeesMustFall protests as students across the country demanded free, decolonised and quality education from the state. Before these protests erupted, the contribution that the state was making to institutions of higher learning had been on the decline. For a period of about 10 years, the government cut funding to institutions, “forcing” them to raise fees. Needless to say, in a country of widespread inequality, with a high cost of living and unconscionable poverty, this was met with the kind of resistance it deserved.

Access to education, in particular tertiary education, is sought by many of South Africa’s black youth to break out of the cycle of poverty and participate in our democracy and economy. The #FeesMustFall movement not only highlighted the cost of tertiary education, but also the lack of transformation of the curricula and institutional structures of universities; as well as the plight of outsourced workers. Three years later, on December 16, 2017, our then President Jacob Zuma made the announcement of free tertiary education. This was vindication for a legitimate struggle, as was the 1976 uprising and its commemoration every Youth Day.

There are still students facing charges arising from the #FeesMustFall movement and protests. Some students have been prosecuted, but others are still in the system trying to get their day in court. A plethora of students have had multiple delays in their trials due to continuous postponements because of missing dockets or a lack of legal representation.

We remember the class of 2015-2016 that stood up against the economic exclusion of students at institutions of higher learning. We remember them, even though they want to forget. We remember those who have grown quiet over the months as they silently process the violence they have endured. In addition, black students have borne the double burden of protest in addition to the theoretical work of studying. It is impossible to ignore the plight of cleaners who look like you when all the suffering and hardship you see around you has a black face. We remember those that have fallen behind on their class work, compromised their exam preparation and borne the physical work of protesting. We remember those that have been excluded from their universities and who have compromised their future studies.

Since the protests, students have known a harsh reality. Many have been imprisoned and some continue to remain behind bars. Some are still awaiting trial with no prospects of securing employment and a better life. Let us not criminalise the plea for equality. We advance a call for amnesty to be given to all those who are facing charges with no imminent date for trial and serving prison sentences in the name of #FeesMustFall. The movement was not perfect and made a lot of mistakes – we believe that our government knows all too well the pressures of waging struggle and the toll that it can take on a person.

Like the class of 1976, the movement has changed the political landscape of education in the country and created a better future and hope for generations to come.

Let us not forget these comrades. The prosecuting authority alleges that they have valid charges against these comrades; we are still waiting for them to prove it. Like all South Africans, the comrades are entitled to a speedy trial. The delay game that is played out in our courts is prejudicial to these students. Under a new hashtag we gather. Let us #RememberFMF and #FreeTheStudents. DM

Anele Nzimande is a legal researcher and television producer.

Sherilyn Naidoo is a human rights lawyer at the Legal Resources Centre.