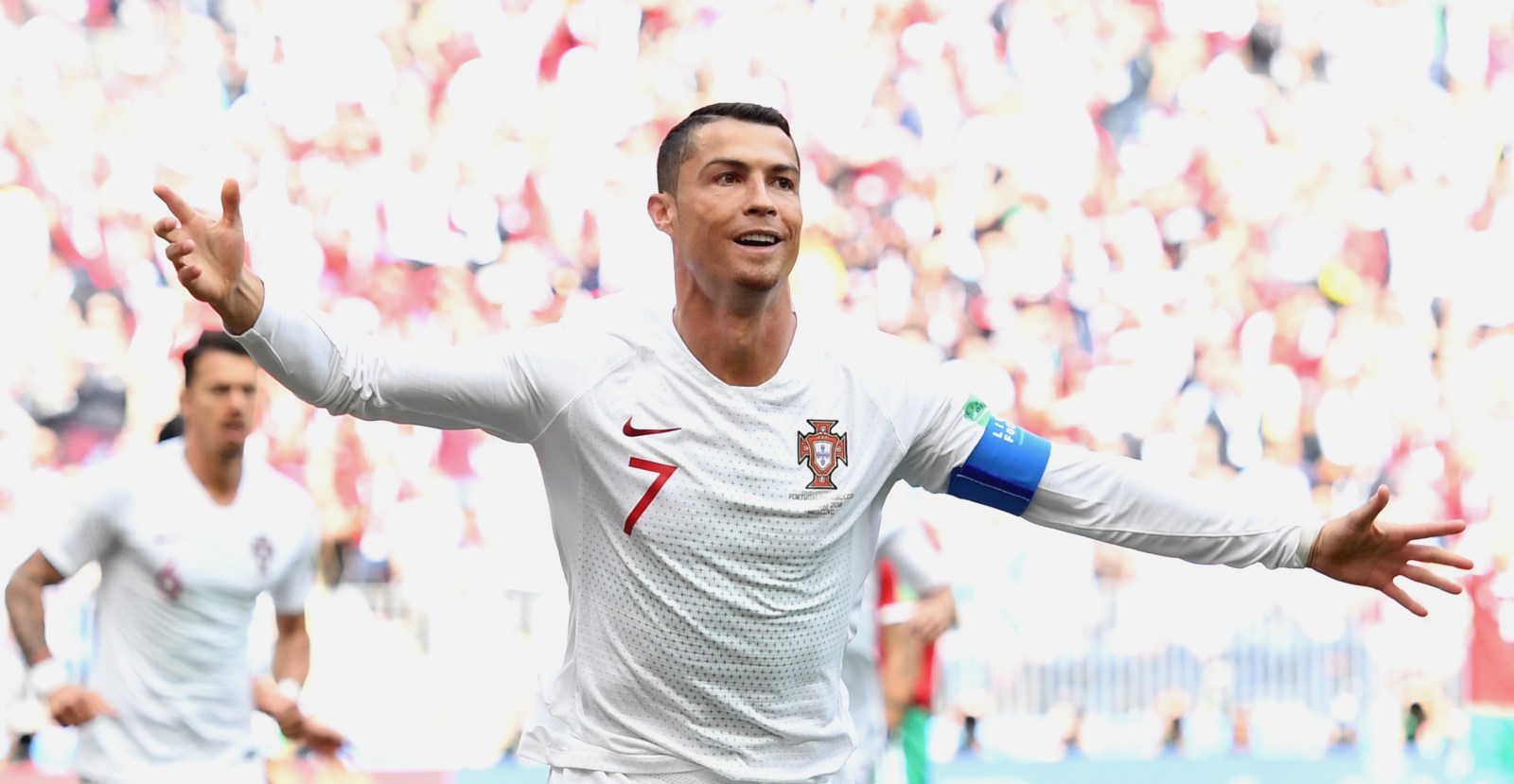 Cristiano Ronaldo of Portugal celebrates scoring the opening goal during the FIFA World Cup 2018 group B preliminary round soccer match between Portugal and Morocco in Moscow, Russia, 20 June 2018. EPA-EFE/PETER POWELL

The tournament has its first casualty.

Cristiano Ronaldo followed up his opening game heroics at the World Cup with the only goal in a 1-0 win for Portugal against Morocco as the European champions edged closer to the last 16.

WATCH: Here's Cristiano Ronaldo's winning goal for #POR that took him back to the top of the scorers list at the FIFA #WorldCup.

Victory sent Portugal top of Group B on four points ahead of Spain’s game against Iran in Kazan, as a second straight defeat for Morocco condemned the African nation to an early exit in their first World Cup appearance since 1998.

Morocco coach Herve Renard opted for a back four, with Manuel Da Costa and Nabil Dirar coming into the side, to provide added protection against the “absolutely exceptional” Ronaldo after his hat-trick against Spain.

But his plans were torn apart within minutes at the Luzhniki Stadium as Ronaldo wriggled free of the imposing Da Costa to bury an unstoppable header past a helpless Monir El Kajoui.

It was Ronaldo’s fourth goal of the tournament, more than his combined tally at three previous finals, and left him trailing just Iran’s Ali Daei (109) on the list of top international goalscorers.

The Real Madrid forward threatened a second soon after, swivelling on the edge of the area and scuffing just wide after a powerful run from left-back Raphael Guerreiro.

Mehdi Benatia forced a smart low save from Rui Patricio at a corner for Morocco, before Hakim Ziyach skipped his way into the Portugal area, his goal-bound effort blocked by an outstretched leg.

Joao Moutinho then nipped in ahead of Mbark Boussoufa to get a vital clearing touch in the six-yard box as Morocco consistently targeted the right side of the Portuguese defence.

A crude lunge from Benatia on Ronaldo left the Portugal skipper writhing around in pain, while Morocco felt aggrieved when Nordin Amrabat was hauled down by Guerreiro as he muscled his way into the area.

Khalid Boutaib was flattened by Jose Fonte in an aerial challenge that again had the Moroccans up in arms, with Renard warned for gesturing for the video assistant referee.

Morocco goalkeeper El Kajoui kept his side in the game when he stuck out a strong left palm to repel a Goncalo Guedes effort following Ronaldo’s lofted pass over the top.

Ronaldo blazed over from 15 yards after a quick free-kick caught Morocco out, Guedes’s miscued attempt rolling invitingly to the five-time world player of the year.

Morocco continued to carve out opportunities as Patricio clung on well to a curling Belhanda shot, and the Portugal keeper pulled off an even better save minutes later.

Another dangerous delivery from Ziyach was flicked on by Belhanda, with new Wolves signing Patricio flinging himself to his right to magnificently claw the ball to safety.

A further opening fell to Benatia, the Juventus defender neatly shifting the ball onto his left boot only to lash over the bar as Morocco’s frustrations mounted.

The lively Ziyach nipped past Fonte in the closing minutes but found Pepe standing in his way, with Benatia hammering over one final chance to seal Morocco’s fate.

Portugal will meet Iran in their final group game on June 25, with Morocco set to bow out after their match against Spain in Kaliningrad. DM