Notes from The House 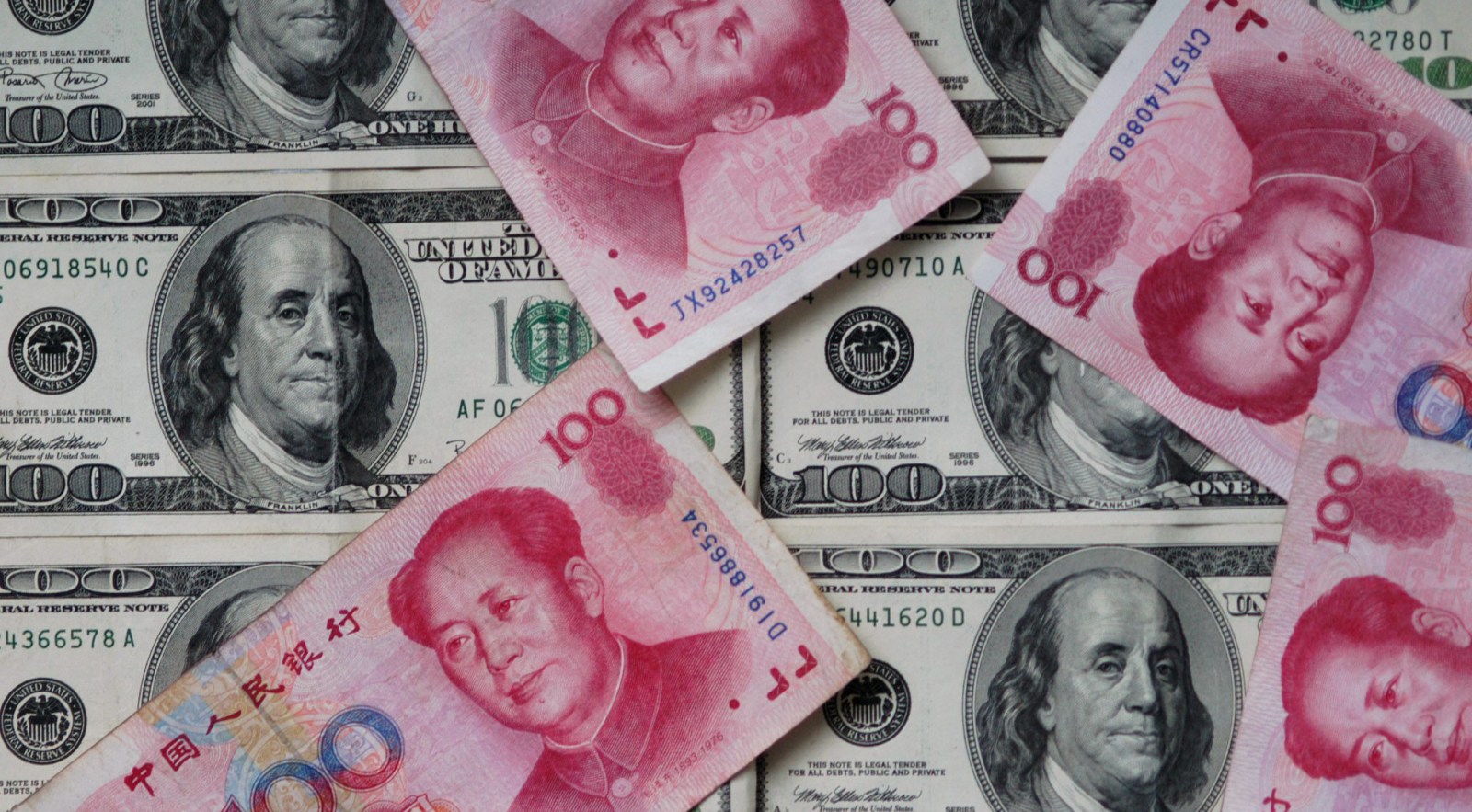 Chinese 100 yuan notes at a banking technology exhibition in Beijing, Wednesday 03 September 2003. U.S. Treasury Secretary John Snow arrived in Beijing 02 September 2003 to pressure top Chinese financial regulators to lift the yuan-dollar peg that has been in place since 1994. Critics of the peg claim that the undervalued yuan gives Chinese exports an unfair advantage. EPA/MICHAEL REYNOLDS

The Bill has been sitting in the National Council of Provinces (NCOP) since it was sent for concurrence in March, and records show that the NCOP has held only one hearing since then.

The NCOP meeting in June 2018, which heard submissions from National Treasury and the Independent Electoral Commission (IEC), concluded that there was no way this Bill would be passed into law before the end of the year at the soonest.

This was despite the record-breaking speed with which the ad hoc committee on party political funding was passed by the National Assembly in just eight months. The indefatigable Vincent Smith was elected chairman of the committee late in July 2017, and the extensive public consultation process was launched within weeks.

Despite reservations from the official opposition who feared potential funders would be driven off if their identity became public, the Bill was ready to roll by the end of 2017. At that stage it looked like nothing could stop a process that civil society had been calling for since 2004.

There are very few multi-party democracies that allow political party backers to be shrouded in mystery. If we have learnt nothing else from state capture, we now knew that nothing is for free and he who pays the piper calls the tune. Unfolding events since Nasrec have further confirmed that much depends on the 2019 election. Nothing can be left to chance or a later dispute or court challenge; too much rides on it being free, fair and uncontested.

So it came as a blow when Parliament reopened in 2018 with the news that the opposition had raised last-minute concerns about financial implications, introducing a blip in what had otherwise been a difficult, but smooth-running process.

The Independent Electoral Commission (IEC), which had been identified in the new legislation as host of the new funding entity, warned that its existing budget could not stretch to accommodate what would amount to a full-scale operation that would require a chief executive, staff and infrastructure, not to mention a team of highly skilled professionals to provide the necessary research, legal and auditing skills plus enforcement capacity, all of which fell outside the scope of the existing IEC.

The unexpected return to the drawing board meant that the legislation lapsed, as do all incomplete Bills at the end of the calendar year, and the ad hoc committee needed to be reconstituted.

Nevertheless, the unstoppable Smith had the committee back up and running in no time, necessary compromises were added to the Bill, and somehow he got it back to the National Assembly just in time to meet the deadline. The Party Political Funding Bill squeezed through onto the National Assembly’s Order Paper and was voted in on 28 March 2018, with all outstanding matters apparently resolved.

The last-minute version that the National Assembly passed included a phased-in introduction, starting off small with a skeleton staff and a minimal budget that would increase in subsequent years as it proved it could generate and manage centralised party funding.

It was sent to the National Council of Provinces (NCOP) for concurrence, confident that the Bill was well on its way to becoming law with the necessary urgency. That is when the brakes were applied.

It needs to be noted that the NCOP’s role is not to rubber stamp the decisions of the National Assembly and, clearly, this committee took very seriously the responsibility of processing this legislation, which has faced years of dispute and delays.

The NCOP briefing by Treasury and the IEC on 7 June 2018 went on for so long, that by the time members had finished raising their many questions there was no time for answers, and these will have to be submitted in writing. The chairman made the point that the IEC and Treasury must give detailed replies. However, he didn’t specify a delivery date.

Some members of the committee mentioned the possibility of the law being in place by the end of 2018, or at least before the critical 2019 poll, but as the discussion wore on that looked less and less likely. Besides, that’s too late. It is in the run-up to the poll that South Africans should be worried about anonymous largesse doled out by unknown corporate or other sources.

So where does this leave the Bill? NCOP members registered their concern about the implications of delaying the Bill, but at the same time raised significant problems that had not been picked up in the National Assembly process.

What about existing provincial party funding legislation; this would surely need to be repealed, probably before the national legislation is passed.

Bearing in mind that the existing legislation regulates party funding allocated by the state based on its controversial 90/10 policy, in which 90% of state funds are distributed in proportion to the size of party representation, the committee also wanted clarity on parties that stand only in provincial or local level polls. Will they now be allocated funding? The same was asked about independents or new parties.

Gillian Wilson, chief director of admin services in National Treasury’s public finance department, opened her submission with the acknowledgement that the NCOP committee has to consider both financial implications and policy issues that still need to be addressed by the Bill, suggesting that despite the discussions at National Assembly level, the Bill was not that far from the starting block.

“We need to deal with harmonising [the new Bill] with provisions for disclosing funds in the provinces,” he said. The committee will have to convince provinces that they will have to review their own policies on political party funding.

He concluded his submission with a telling comment that suggested that in the process of racing this Bill through the National Assembly perhaps some had been left behind: “There mustn’t be overlap between the real work of the IEC and the administration of these funds,” he said.

A comprehensive presentation by Terry Tselane, vice-chairman of the IEC, went some way to helping catch up or at least understand where we really have reached in the process of regulating party political funding.

He and his delegation went to some lengths to make it clear that this Bill did not originate from the IEC. The commission was simply complying with the role set out for it in the Bill passed by the National Assembly.

“We stand ready to perform the responsibilities as Parliament requires us to do.”

He elaborated on the extensive consultation process that had taken place between the IEC, National Treasury and the ad hoc committee. International best practice had been examined in some detail, and the conclusion reached was that “no one size fits all,” he said.

It seemed his main concern was to preserve the integrity of the IEC “we have a constitutional mandate to ensure that [our] core mandate does not get unwittingly or unintentionally compromised by the expanded mandate” but at the same time he acknowledged that in terms of the Bill the IEC would be ultimately responsible for the all-important task of regulating party funding.

This was no easy task, but ultimately, he said, transparency of party funding contributed to free and fair elections.

Nevertheless there were “compelling arguments for the regulation of party funding on the one hand and the management of the elections on the other hand to be distinctly separate. We need to ensure that the political party funding mandate does not impair the election process mandate and vice versa.

“We need to make sure that the cannibalisation of either budget does not occur. In other words, we should not take money that is meant for political parties to print ballot papers and we don’t take money from buying indelible ink and give it to political parties. [We must] insulate the two mandates in two separate vehicles that may report to the commission but retain their autonomy. The Bill does provide for this.”

Tselane also reminded the committee that at present private funding is unregulated in South Africa and there is no legislation that compels political parties to disclose the names of persons or organisations that provide donations. There are no limits to the amount a donor can contribute to a political party and parties can even “own their own private companies which they use as investment vehicles for the party”.

Consequently, the public is not informed about where political parties get a large share of their money from and how they spend it.

“This clearly goes against international praxis,” he said, adding that it is recognised world-wide “that unfettered and unregulated private funding of political parties has inherent risks”.

Tselane reminded the committee that South Africa is a signatory to the United Nations Convention against Corruption (Uncac) which, among others, promotes enhanced transparency in the financing of election campaigns and political parties.

South Africa is also a signatory member of the African Union and in accordance with Article 10 of the AU Convention on Preventing and Combatting Corruption is obliged to adopt legislative measures to “incorporate the principle of transparency into funding of political parties”. DM