Will there ever be accountability for the Marikana Massacre? 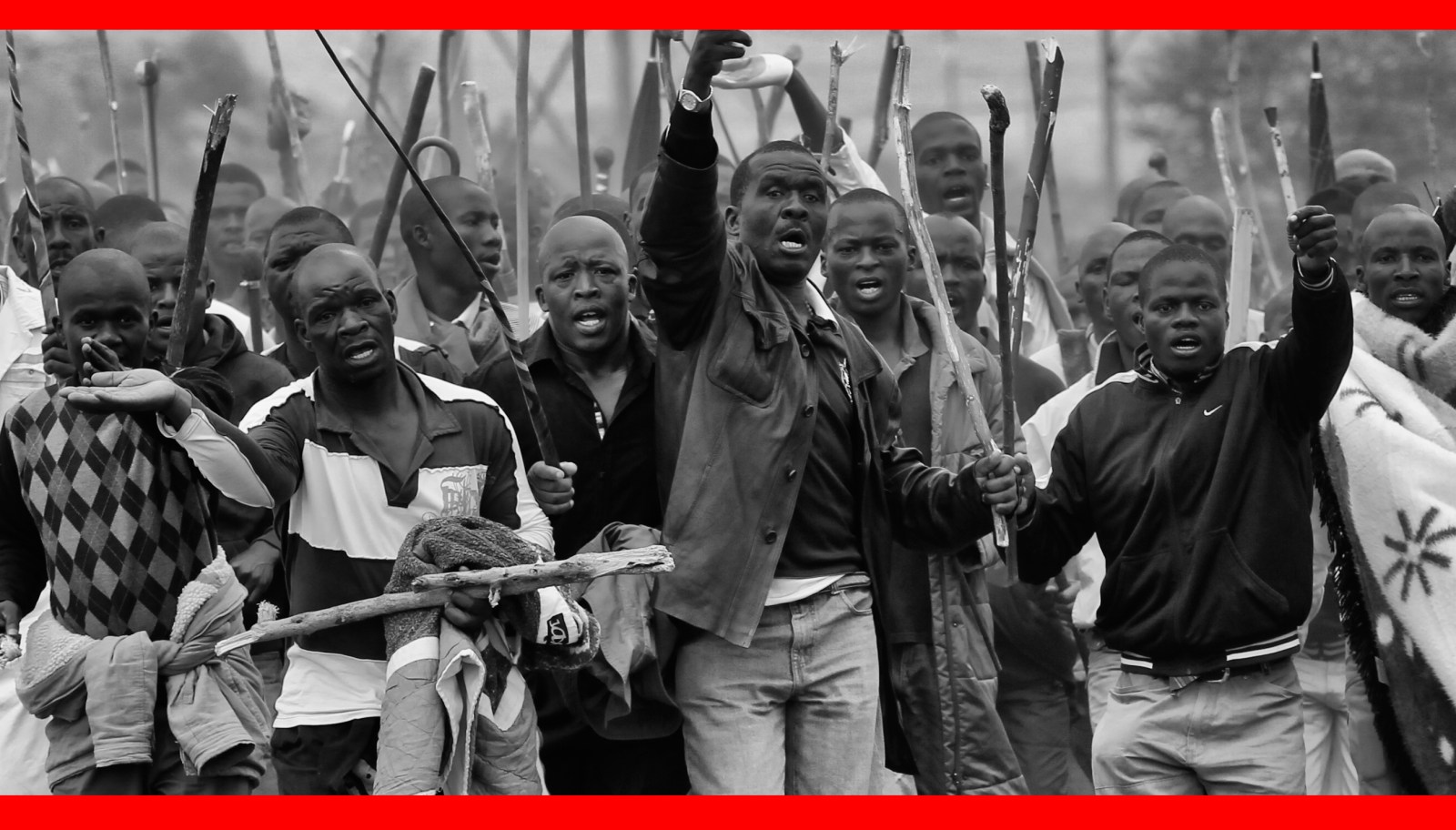 A file image dated 05 September 2012 shows some of the thousands of striking miners from the Lonmin platinum mine marching to the gates of the Karee Mine as part of their mass action in an attempt to get higher wages, Marikana, South Africa, 03 October 2012. EPA/KIM LUDBROOK

Criminal prosecution and civil compensation are legal remedies, and an official apology to families and communities is a matter of decency.

On August 16, 2012, 34 mineworkers were shot while protesting to demand a living wage and better working conditions in Marikana. Forty-four people were killed, 78 wounded, and 250 arrested in a week of violence.

Images of the police firing on protesting mineworkers in Marikana in 2012 are reminiscent of images of police firing on protesters in Sharpeville in 1960 and Soweto in 1976. At least half of the mineworkers who died in Marikana were between the ages of 20 and 30. The protesters were taking action against a system that sought to steal their futures in the same way it had stolen their fathers’ futures. In each case, young people came together to express their dissatisfaction with the status quo and were met with intentional police brutality.

In Marikana, Sharpeville and Soweto, the state failed to recognise the rights and humanity of protesters and then refused to be held accountable for the harm it had caused. In the aftermath of Sharpeville in 1960 and in 1976, the state hunted down protesters and political leaders and deepened its resolve to eradicate dissent.

In the aftermath of Marikana, the state labelled 250 protesters as “criminals” and promptly arrested them. Not a single police officer was arrested or charged. In its failure to take responsibility for its own actions in Marikana, the post-apartheid government was barely distinguishable from its predecessors.

In his inaugural State of the Nation Address in 2018, President Cyril Ramaphosa stated that “we have been given the responsibility to build a new nation, to confront the injustices of the past and the inequalities of the present”.

There is no greater opportunity for this new government to honour his words than being accountable for the injustices suffered by the families of the victims of Marikana.

After almost six years, a lengthy and detailed commission of inquiry and concerted campaigns, the state is still in the process of negotiating settlement offers to families who, in many cases, lost their sole breadwinner. In some instances, the widows of mineworkers have taken up the jobs left vacant by their deceased husbands to provide income for their families.

In March 2018, the National Prosecuting Authority (NPA) announced that charges would be laid against nine officers for other crimes, but there is no indication as to when charges will be brought against other police responsible for the events at Marikana.

Despite repeated promises, the NPA has failed to pursue criminal prosecution against any of the perpetrators of the killings on August 16, 2012.

In December 2016, then-president Jacob Zuma indicated that criminal charges would be brought against the responsible police officers.

In February 2018, Ramaphosa told Parliament that he would play any role he could in the healing and atonement process following the massacre. The state has still not prosecuted all those responsible for the events at Marikana, offered an official apology or provided compensation.

The victims of Marikana are long past due just compensation, the perpetrators must be prosecuted for their crimes, and the state must offer an official and a private apology to the families.

Offering an official apology where an atrocity has been committed has a healing effect on both victims and perpetrators. When governments apologise for past atrocities, they lay claim to their own humanity, moral character and place in a community of civilised nations.

An apology accepts accountability for a wrongful act which buffers the possibility of repeating history. It also rewrites the narratives of the victims for their families and changes their legacy from aggressors to victims, from violent criminals to protesters fighting for their rights. Public accountability and apology purges a culture of impunity.

Criminal prosecution and civil compensation are legal remedies, an official apology to families and communities is a matter of decency. In 2013, the Dutch government apologised to the people of Indonesia for summary executions during its fight for independence between 1945 and 1949. In the same year, the British government apologised for the thousands of people it tortured and killed during the Mau Mau revolt against British rule in the 1950s.

The families and communities requested official apologies decades after the torture and killings as a way of gaining recognition for the harm they had suffered. The Dutch and British governments accepted responsibility for past harm by offering official public apologies and financial compensation.

The Marikana massacre was the worst act of police brutality in post-apartheid history. It also presents an opportunity for government to decide how it will approach dissent in the future and how it will redress the harm it has affected. Will it silently endorse the evisceration of opposition through the use of disproportionate and illegal force, or will it champion the rights of its people?

When the government acts unlawfully, uses excessive force against protesters, and violates human rights and refuses to apologise, it tacitly endorses those acts. This government has an opportunity to distinguish itself from the governments under which the Soweto Uprising, Sharpeville Massacre and Marikana Massacre occurred by completely denouncing excessive police force in protests, encouraging accountable policing and taking responsibility for state violations of human rights.

It has a chance to show that it is accountable to its people and that police violations of human rights and violent oppression of protest will not be ignored. DM

Maanda Makwarela is Senior Researcher at the Socio-Economic Rights Institute of South Africa (SERI) and Alana Potter is the Institute’s Director of Research and Advocacy.