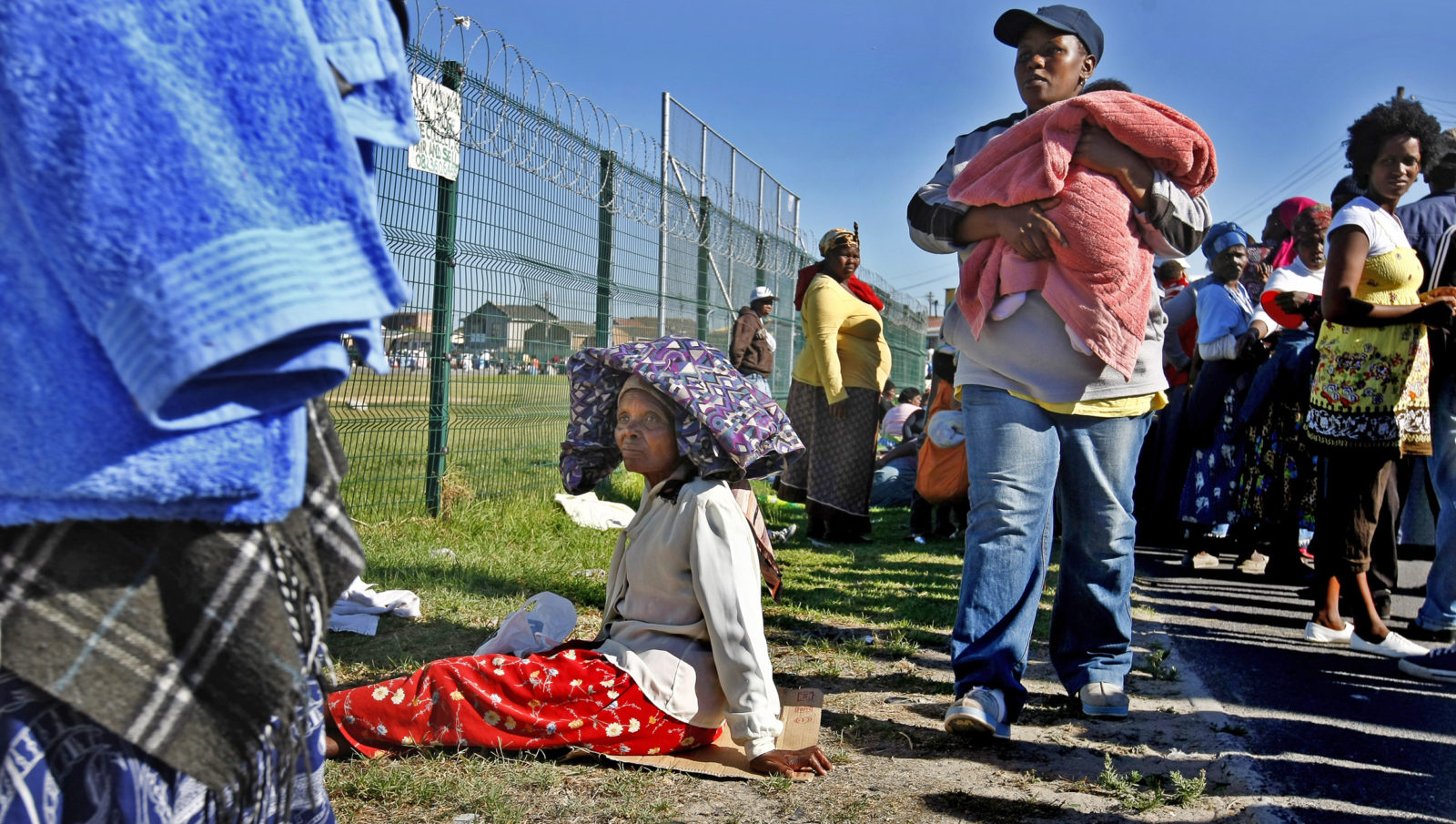 There are bound to be glitches and snafus during the massive migration of the payment of social grants to some 17 million beneficiaries from CPS/Net1 through SAPO and other banking infrastructure by September 2018. Eternal vigilance will have to be the watchword. In May, a suspected attempted fraud involving 4,000 names on the Sassa database was thwarted when Sassa internal controls red-flagged the suspicious activity.

On 30 May, Sassa officials uncovered that 4,000 fraudulent payments were processed with files for the 31 May payout of social grants. The following day the South African Reserve Bank (SARB) wrote to Sassa with regard to “Payment Association of South Africa incident no 2018/2356”, as it described the fraud, confirming that SARB was awaiting a full report with regards to the breach.

“We also would like to acknowledge the impact on the industry has had (sic). We will ensure that the industry receives an update on the matter as we are prioritising the closure on our end,” wrote SARB’s Nomwelase Skenjana.

Responding to questions with regards to the suspected fraud, Sassa spokesperson, Kgomoco Diseko, confirmed to Daily Maverick that an unusual number of “suspicious grants were awaiting payment last month (May)”.

“Our internal controls picked that up and red flagged them. The SARB was immediately informed and requested to assist with recalling their payment.”

Sassa, said Diseko, makes direct payments to beneficiaries who use their private bank accounts to access their grants. In this instance, a PIN instead of biometrics was used as a method of verification. Biometric verification, as it is required by the current CPS/Grindrod Sassa cards, would most certainly have prevented the fraud.

Since detecting the scam, Sassa had, however, put in place “stringent measures” to heighten security.

“Each and every one of those suspicious grants will be investigated and there will be dire consequences for anybody found to be on the wrong side of the law. I must add that this has nothing to do with our transition from CPS to the Post Office,” added Diseko.

One of the biggest headaches for Sassa and SAPO will be the cash payment of social grants to some 2,500,000 beneficiaries, some of them in deep rural areas. Until now this is a service that the much maligned CPS has performed like clockwork with no complaints and no deductions.

So much so that some rural residents who are cut off from towns and infrastructure are able to judge, by the size moon, exactly when the next CPS cash truck with its 21st Century biometric fingerprint verification will roll into view.

Over the past 14 years many informal traders have also benefited from these cash payouts, following the truck from venue to venue where they set up rudimentary stalls, selling vegetables, food and other necessities.

Some, including former Minister of Social Development Bathabile Dlamini, are concerned that reducing cash payouts will destroy these livelihoods. Some of the traders work on “credit” terms with beneficiaries paying purchases off, in cash, over a period of time. These are some of the downsides of the new Sassa/SAPO payment model that must be held in mind.

So the problem is, will Sassa and SAPO have to bring the people to the money, with all the schlep and cost this requires, or take the money to the people?

David Martin, who lives in Nqileni, “the village that fell off the map”, located in the Eastern Cape’s Mbashe municipality and one of the poorest regions in the country, told Daily Maverick that costs for residents to travel to the nearest town or pay-point, be it SAPO, an ATM or a merchant, would cost up to R80 in taxi or bus fares.

A child support grant is R380 and a large chunk of this would be eaten up by transport. Martin is also concerned that those who are too old or disabled will have to rely on what Sassa terms as “procurators” to collect their grants.

This, of course, opens up the vulnerable to potential abuse.

“The trucks that arrive here to dispense cash are not branded. They might be outsourced by CPS,” said Martin.

Martin is suggesting here that SAPO explore continuing the payment of cash grants to remote areas using cash trucks rather than transporting people, over bad roads, to nearby towns.

Presenting to Parliament’s Committee on Social Development earlier this month, Sassa CEO, Abraham Mahlangu, said that the agency hoped to reduce cash payments “drastically” to 2.5 million beneficiaries from 8,086 pay points to around 789,954 beneficiaries at 3,121 pay-points.

The largest number of beneficiaries who reside outside of the 20km radius of any payment infrastructure are in the Eastern Cape where 1,431 points serve 260,694 grant recipients, one of them being the widow Martin encountered on a dusty road looking up at the sky.

“For pay points with smaller numbers, Sassa and SAPO, as a temporary measure, will contract local transport industry to transport beneficiaries to nearest SAPO outlets or merchants or any available NPS infrastructure on specific days of the month whilst SAPO is working on developing its payment infrastructure,” Mahlangu told the committee.

He added that “under extreme circumstances” Sassa and SAPO would enlist the “support” of the SANDF to pay grants in areas not fully covered by the various payment channels available.

The Sassa CEO said that of the 3.1 million beneficiaries who receive social grants using Biometric CVM in April 2018, 2.2 million did so at cash pay points.

Sassa has taken the decision to reduce the number of beneficiaries paid at cash pay points because the country had a “fairly extensive and developed National Payment System”, that cash transportation and management had become increasingly risky and expensive and because the majority of beneficiaries use multiple payment channels; that is, they move between cash pay points and merchants and biometric ATMs.

“The end goal for Sassa is to completely do away with cash payment component of social assistance services,” said Mahlangu.

Government, said Mahlangu, had decided to ask SAPO to extend the original agreement to include more than 2,500,000 beneficiaries who previously had been earmarked for payment by the cash payment service provider.

“The current Service Agreement with SAPO is in the process of being amended to incorporate the additional services that SAPO will be rendering, subsequent to the cancellation of the cash payment tender,” said Mahlangu.

In June 2018, 1,213,664 beneficiaries received their social grants directly into their own Personal Bank Accounts (excluding Grindrod). There were 7.7 million Grindrod ACB payments and approximately 5.6 million of these payments were into the old Sassa payment card for beneficiaries using a PIN. We take it the 4,000 fraudulent names were related to this tranche of payments.

“These beneficiaries will be issued with the new Sassa/SAPO payment card as Sassa seeks to decommission this card after September 2018. Sassa will not deposit grants into the old Sassa payment cards/account beyond September 2018.”

Sassa was currently in the process of ensuring that all banked beneficiaries submitted mandates authorising Sassa to pay into their bank accounts.

The new payment model would position SAPO “as a dominant player with commercial banks, merchants and retailers as secondary players”, said Mahlangu.

Between now and September a critical driver would be the expedited card production and an intensified card swap programme supported, said Mahlangu, by an “offline solution to circumvent network and system congestion”.

Traditional pay points would also be decommissioned in phases.

Earlier this week, Lorraine Botha, MPP and DA Western Cape Spokesperson on Community Development, called on Sassa to “drastically improve how it communicates with beneficiaries, and how its services are delivered at cash pay points”.

After an unannounced oversight visit on 5 June to the Belthorn Community Hall in Athlone, the Standing Committee on Community Development had noted with concern that not all beneficiaries present “were aware of the impending changes with regards to the new Post Bank cards and other developments happening at Sassa.

“As the custodian of social security services, Sassa must urgently address the manner in which people are assisted at the respective pay points. I will be inviting Sassa to the Standing Committee, to explain how they will be addressing the various challenges at pay points, within the province, and how it will ensure that the agency’s September deadline is met,” said Botha.

Botha added that it was “deeply concerning to note” that out of the more than 150 beneficiaries, the majority of whom were pensioners, fewer than 10 were assisted by the time the committee left the hall at 10:30.

“This could be, as only four (4) Sassa staff members were present to assist beneficiaries.”

The inexplicable delays caused by Dlamini with regards to implementing the Constitutional Court directive to take the payment of social grants in-house not only resulted in costly court applications but has led to this last-minute rush to set up a fool-proof system to support the country’s most vulnerable citizens.

That Dlamini, and her various enablers in Sassa, seems unaware of the chaos her lack of action and political will has precipitated is evident from her responses to the ConCourt and the Section 38 inquiry into her personal responsibility for the mess. DM