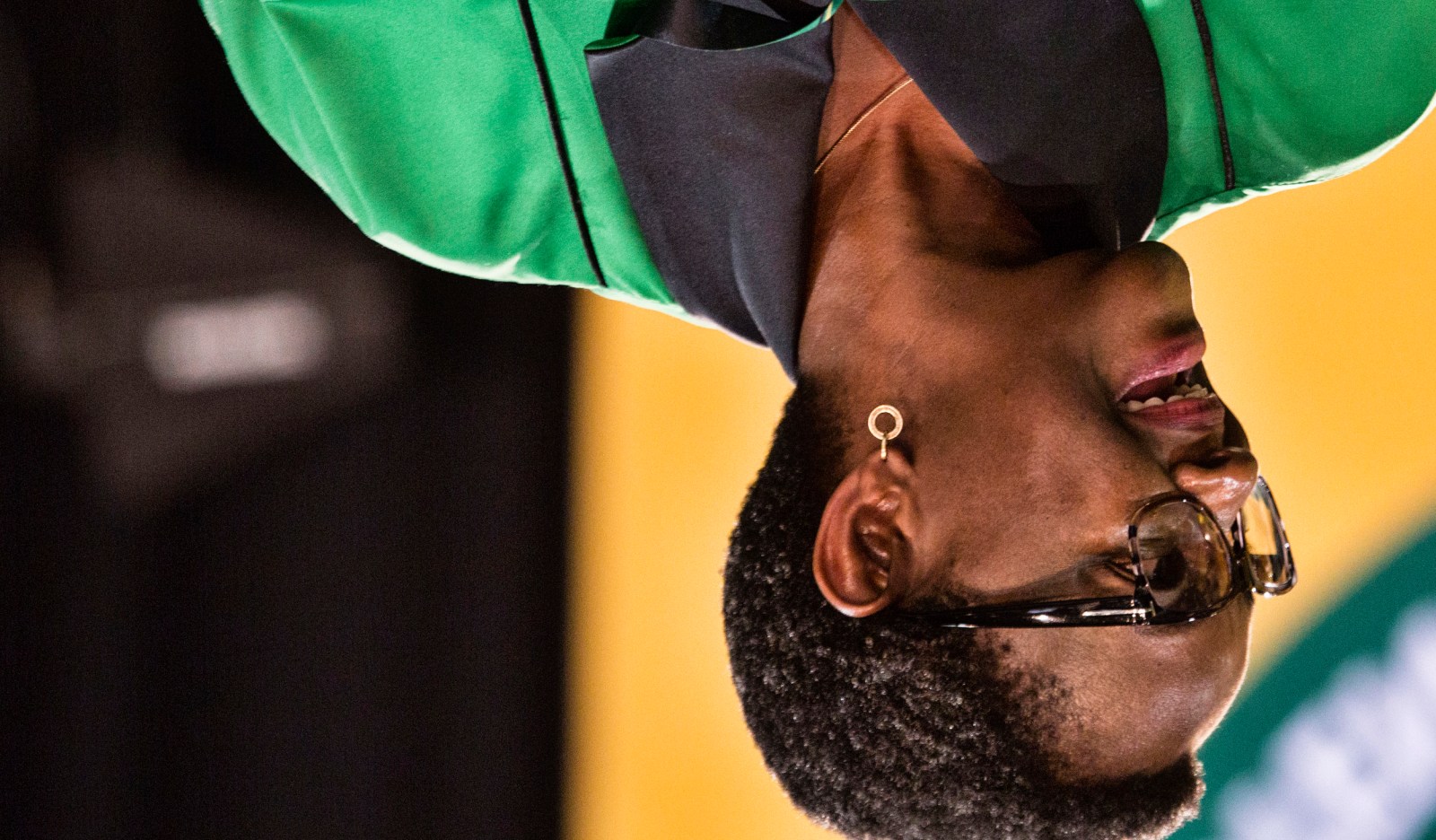 In a country where the statistics for murder, rape, sexual assault of girls, women and children match or surpass wartime figures, the Department of Women and Minister of Women in the Presidency, Bathabile Dlamini, should be playing a key role.

Oscar Pistorius, Sandile Mantsoe, Christopher Panayiotou, Shrien Dewani, Pieter van Tonder, Thabani Mzolo, Mortimer Saunders, Jason Rohde, Robin Packham; the list of men who have been convicted or who are standing trial in South Africa for the murder of their wives, partners or children is one that is tragically seeming without end.

It should come as no surprise to learn that the first person to define the word “femicide” is South African-born activist and feminist, Professor Dianna Russell, now resident in the United States and regarded as “the foremost expert on sexual violence against women and girls in the world”.

In 1974, writer Carol Orlock coined the term “femicide” in opposition to the more generalised “homicide”, but it was Russell who defined it as “hate killing of females perpetrated by males”. This she did while addressing the first International Tribunal on Crimes Against Women in Brussels, Belgium in 1976.

“After making minor changes in my definition of femicide over the years, I finally defined it very simply as ‘the killing of females by males because they are female’,” said Russell.

Russell said she had opted to use the term “female” instead of “women” in order to emphasise that her definition “includes baby girls and older girls”.

In the modern world, femicide is still a horrifying daily reality for women and girls. South African women have lived with and suffered the deadly, crippling and limiting effects of toxic masculinity and patriarchy for centuries.

While we may find ourselves in the 21st Century, enjoy paper rights and are routinely subjected to political lip-service, life for over half of this country’s citizens continues to be life-threatening – simply because we are women.

The viciousness of the violence, the torture, this war on women, spills daily into headlines. Women and their bodies violated, burned, cut up, battered, smothered, raped, beaten, coerced, threatened and silenced, again and again and again.

While it is generally acknowledged that the Department of Women is a Siberian political posting, whoever leads it occupies a unique position in a country like South Africa which has some of the highest incidents of gender-based violence in the world.

It is a position a leader with imagination and guts could leverage to make noise, rally government, and galvanise the myriad NGOs and organisations left to deal with the fallout of this violence, usually with scant resources or support.

In fact, in a violently patriarchal society such as South Africa, a Minister of Women could and should be a key ministry, a position that could offer inter-ministerial and departmental co-operation to advance the specific issues that relate to women and children in South Africa.

There is enough legislation, including the Commission on Gender Equality Act (1996), the Skills Development Act (1998), the Employment Equity Act (1998) and the Promotion of Equality and Prevention of Unfair Discrimination Act (2000).

It would take a leader with a deep and abiding understanding of these issues, a leader, a feminist with energy and vision to bring the appalling plight of South African women in a very practical fashion to the centre of the country’s political discourse.

May is Child Protection Month yet Dlamini has yet to rouse herself to make any coherent or pointed public statement.

Instead, the Sisyphean task of keeping the activism alive has fallen on cash-strapped NGOs, organisations and individuals across the country who act as the vanguard against male violence and entitlement, against police indifference, against the relentless daily onslaught from hyper masculine men.

In South Africa, women’s bodies are the scene of the crime.

Speaking during her department’s budget vote debate in Parliament earlier in May, Dlamini acknowledged that there is “a war against women and the girl-child” in South Africa.

“We have a national crisis. Murder, rape, brutal physical attacks, harmful practices, the denial of opportunities for the advancement of women across the board have become established practice in our society. When brutal killings of women are announced, they are always taken as business as usual and women are taken as statistics,” said Dlamini.

But rousing speeches vs violent patriarchy is a rigged fight.

The corpses of women and girls, often murdered by men they know, pile up daily.

There are several issues Dlamini, who also happens to be the President of the ANC Women’s League, could pick up, support and help popularise through her office.

Surely she does not need a mandate from the ruling party to speak out or to call for the speedy rollout of specialised Sexual Offences Courts which, despite their success, were scrapped in 2008. In 2017, Deputy Minister of Justice John Jeffery announced the department’s intention to reduce resources to sexual offences courts.

Speaking out against gender-based violence at every turn, and not only during parliamentary budget votes, surely does not need a collective decision by the leadership of the governing party.

Dlamini also surely does not have to ask anyone’s permission to put into effect the 2013-2018 Integrated Programme of Action to address violence against women and children.

It would not take much for her to call out the dire working conditions of NPOs that provide a significant number of social welfare services, as activist Lisa Vetten has pointed out.

The Women’s Department could add its voice or at least make a statement in support of the campaign by #UniteBehind for Prasa to reintroduce “chaperone carriages” for women and children using the country’s rail network.

“Women commuters face specific threats to their safety. This must be considered and prioritised by Prasa,” said #Unitebehind.

Prasa had made an undertaking to #Unitebehind to reintroduce these carriages.

The Department of Women surely does not need permission to galvanise NGOs to organise and hold mass night vigils across the country or to call for public spaces – taxi ranks, parks, streets, stations – to be made safe for women.

Dlamini, as the Minister of Women, could easily offer her support for the understaffed and under-resourced SAPS Family Violence, Child Protection and Sexual Offences units, some of which do not have access to cellphones or vehicles. The low conviction rate for rape and sexual offences in South Africa speaks to the failure of the criminal justice system when it comes to protecting the rights of women.

A visit to these units to find out for herself how they work would surely not encroach on her colleague Minister of Police Bheki Cele’s turf?

The struggle against male violence cannot be accomplished in a clumsy 16 Days of Activism campaign. It needs sustained and visible action by those in power and by those appointed to serve.

One of the most powerful protests against male violence, entitlement and indifference in recent years was in 2016 when four brave young women, Simamkele Dlakavu, Amanda Mavuso, Naledi Chirwa and Tinyiko Shikwambane, risked arrest staging a silent #RememberKhwezi protest in front of then President Jacob Zuma as he rose to speak at the IEC.

The perfectly-timed guerrilla action was broadcast live to the country and the young women were universally applauded even as they were dragged out of the IEC venue by security guards.

There are countless initiatives that attempt to highlight this relentless violence and that hold and contain the thousands of bruised and battered women who survive male violence with little recognition from government.

For those kind of salary packages South African women can expect more.

If the Ministry of Women, established by Jacob Zuma in 2009, is to give taxpayers bang for our buck, it is time that it stepped up. So far, its responses to the endemic violence in South Africa have been reactive and so lacklustre and insipid that many, including opposition parties, have called for it to be disbanded.

Nearly 50 years after the phenomenon of “femicide” was first highlighted by Orlock and Russell, it tragically remains as much of a threat to babies, girls and women. DM