Financial mismanagement by municipalities perpetuates oppression of women and children 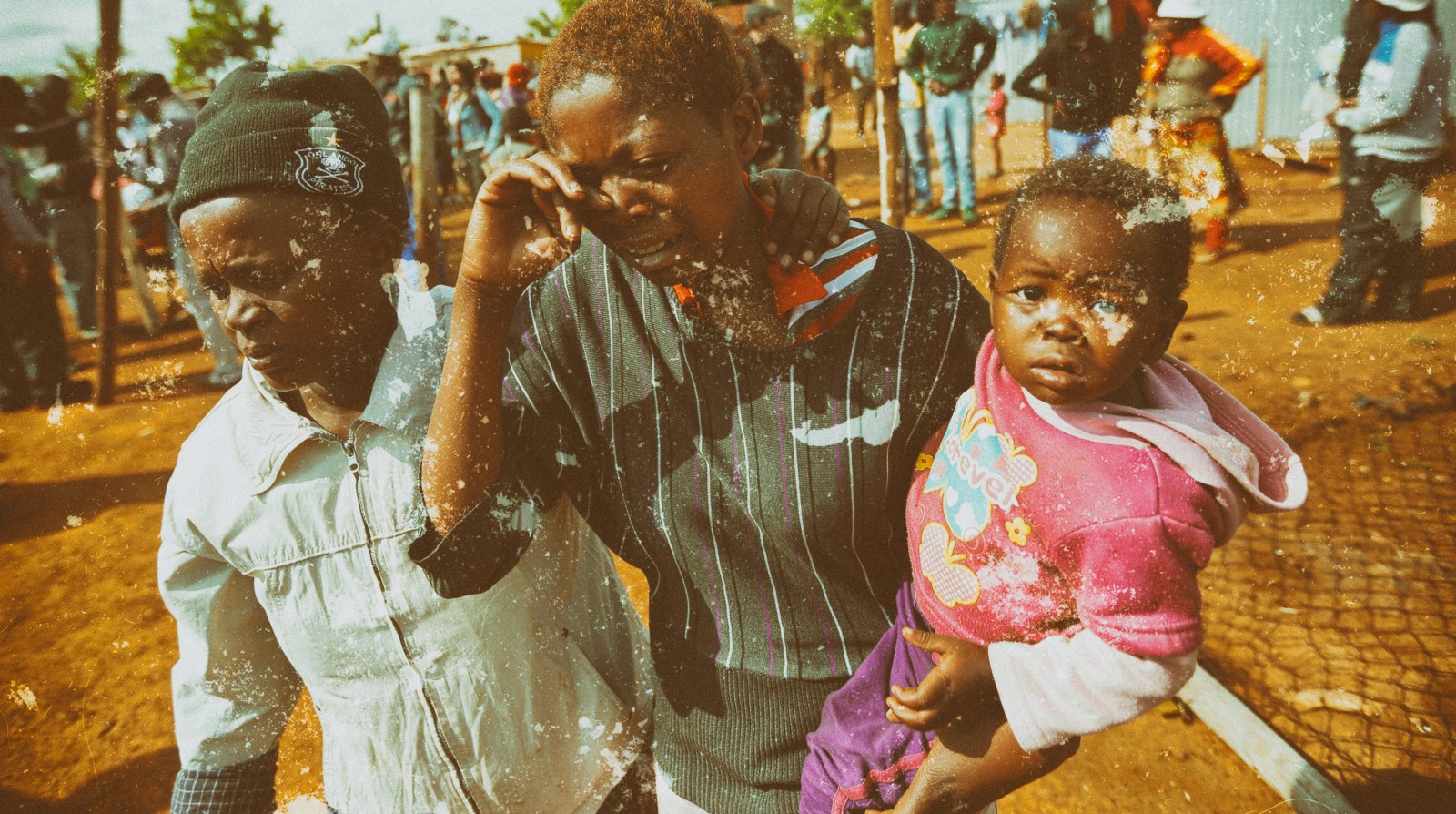 A woman is overcome with grief after hearing of the death of Thembe Kumalo (22), who was the second person to die during on going clashes with police forces in Bekkersdal near Johannesburg, South Africa, 24 October 2013. The township residents took up arms this week to protest against bad service delivery and to date two people have been killed. EPA/KIM LUDBROOK

Proper financial management in local government will have a positive impact on service delivery that mostly benefits women, youth and children.

The South African government, before 1994, had racially separated municipalities that perpetuated racial exclusion in terms of provision of basic services to communities. This has resulted in the country facing huge backlogs of basic infrastructure to enable delivery of water and sanitation, primary healthcare, sport and recreation facilities, libraries and many other services required by all communities for their sustainable livelihood. It is worth noting that the country’s population is made up 51.3% of women and that people of 0-34 years constitute over 37 million of the population.

The democratically elected government post-1994 has promulgated laws that have erased segregation laws. The post-1994 period ushered in a new era also with regard to issues of local government and provision of basic services. Local government is one of the three spheres of government, and its functions include the development and implementation of local-specific policies aimed at the betterment of the lives of people in local communities. Section 152 (1) (b) (c) of chapter 7 of the Constitution of the Republic of South Africa, 1996 (as amended) explicitly defines the objects of the local government as to ensure the provision of services to communities in a sustainable manner and to promote social and economic development.

Municipalities are allocated financial resources to advance development; however, there has been a high level of irregular expenditures in municipalities across the country. The Public Finance Management Act (PFMA), 1999 defines irregular expenditure as “expenditure other than unauthorised expenditure, incurred in contravention of or that is not in accordance with a requirement of any applicable legislation, including – (a) this Act; or (b) the State Tender Board Act, 1968 (Act No. 86 of 1968), or any regulations made in terms of that Act; or (c) any provincial legislation providing for procurement procedures in that provincial government”.

According to the audit results for 2016/17 financial year, the irregular expenditures in Municipalities are at R28.4-billion. While there are those who argue that proper financial management does not ipso facto make effective provision of quality services, Terence Nombembe in his quality service delivery report – a valuable tool to track progress on service delivery, said:

“Admittedly, not looking after the ﬁnances does leave less ﬁnancial resources available for service delivery, but keeping tight ﬁnancial controls does not by itself guarantee the channeling of funds to areas responsive to the service delivery needs of communities. Proper management of service delivery information takes the process a step further and can be utilised to provide regular assurance to all stakeholders including citizens that indeed the funds are utilised for the predetermined objectives.”

High level of inequalities, poverty and unemployment affect mostly women, youth and children. To alleviate poverty, the post-apartheid government introduced various social grants and about 17 million South Africans receive various forms of such social grants, which cost the government more than R150-billion annually. Notwithstanding this noble act by government, the fact remains that more still needs to be done to create jobs. The unemployment rate among young people was 38.2% in the first quarter of 2018. Lack of proper financial management might have impact on the provision of services to the communities. Proper financial management in local government will have positive impact on service delivery that mostly benefits women, youth and children.

The Auditor General indicated that, among others, there is a lack of decisive leadership to address the lack of accountability by ensuring consequences against those who flouted financial processes in government. It is applauded that the National Assembly has just passed a Public Audit Amendment Bill, which empowers the Auditor General to act against those implicated in irregular and wasteful expenditure in government departments. Hopefully this will assist in holding those who are mismanaging the finances of the municipalities accountable and ensure that there is value for money in projects and programmes that are aimed at improving the lives of the people. Hopefully the new law that empowers the Auditor General to act against those who are involved in financial mismanagement means there will implementation of consequence management.

However, scholar Joe Komane argues that government policies fail because of over-investment in the political symbolism of policy rather than its practical implementation. Such policy carries a broader political significance for the purpose of fulfilling political imperatives such as legitimation than achieving desired outcomes on the ground. Society must be vocal against those who have been mandated to manage and control the public purse and are failing to do so. Section 152 (2) of chapter 7 of the Constitution of the Republic of South Africa, 1996 (as amended), dictates that municipality must strive, within its financial and administrative capacity, to achieve the objects of local government.

I argue that the majority of people who bear the brunt of poor financial management by municipalities are women, youth and children. The high level of inequality, unemployment and poverty dehumanises women, youth and children more than others and provision of quality services by local municipalities can make a positive impact on improving the lives of these marginalised groups.

Poor financial management by some municipalities must be characterised as a crime against women, youth and children. DM

Sediko Rakolote is a commissioner at the Commission for Gender Equality, writing in a personal capacity.