DA under increasing pressure as their metro coalitions take strain 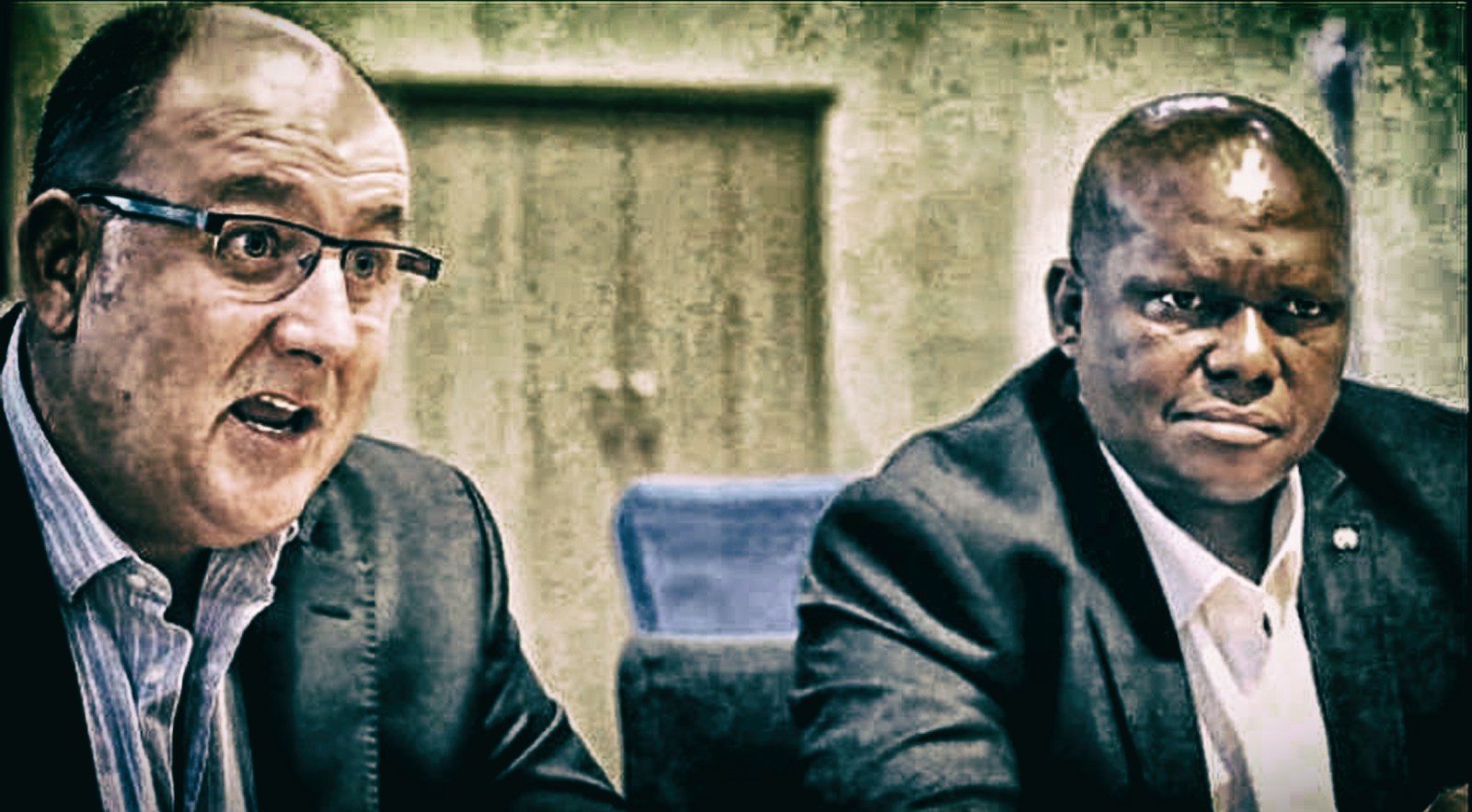 In the latest battle between the United Democratic Front and Democratic Alliance in Nelson Mandela Bay, former mayor Mongameli Bobani says he has been vindicated after Mayor Athol Trollip waged a “dirty tricks campaign”. The mayor is refusing “to eat humble pie”. None of it bodes well for the DA’s coalitions.

United Democratic Movement (UDM) leader Bantu Holomisa on Tuesday accused the Democratic Alliance (DA) of waging a dirty tricks campaign in Nelson Mandela Bay to justify the removal in 2017 of the party’s deputy mayor in the city, Mongameli Bobani.

Holomisa said a long-awaited investigation by auditing firm PwC into the City’s irregular appointment of service provider Milongani Eco-Consulting and payments made to the service provider did not implicate or even mention Bobani.

The city council under the leadership of the DA’s Mayor Athol Trollip removed Bobani in August after he had voted multiple times with the ANC, fought DA appointments and, according to the DA, faced allegations of irregular expenditure, fraud and corruption.

“Our accusers, detractors and defamers who said that the UDM condoned corruption should be ashamed,” said Holomisa.

He said Trollip used the PwC report to suggest Bobani was implicated in corruption but it had instead vindicated the former deputy mayor.

“We hope that the DA voters in NMBM [Nelson Mandela Bay Municipality] has the wool removed from their eyes and that they now see the DA for what it is,” he continued.

“A party that is willing to go so far as to use a dirty tricks campaign to discredit its own coalition partner.”

Holomisa called on Trollip and DA leader Mmusi Maimane to apologise for tarnishing his name and discrediting Bobani and the UDM. Bobani has threatened to sue the mayor.

Bobani on Tuesday said he felt vindicated by PwC’s final report, which he said confirmed his repeated denial of the corruption allegations. He said the City had wasted taxpayers’ money in launching the investigations and accused Trollip of bypassing council procedures in appointing PwC.

Trollip had a different interpretation of the report. While PwC did not mention Bobani, Trollip said he was MMC of public health when the department made unauthorised payments to Milongani Eco-Consulting, against an order from the city manager who said the company shouldn’t be paid following a “plethora of irregularities related to the contract”.

“There was no vindication of Councillor Bobani in this report; in fact, Councillor Bobani did not make use of the investigation process and chose instead to submit written denial of any involvement in both instances,” said the mayor in a statement.

Trollip said he and Maimane would not apologise.

“The DA never once maligned or impugned the UDM, we did and still do hold grave reservations about the conduct of Councillor Bobani and we believe that he must take political responsibility for the findings contained in the two reports.”

“Finally, the demand that the DA Leader, Honourable Maimane and the mayor, [Councillor Athol] Trollip, should apologise and ‘eat humble pie’ is simply not tenable. The mayor commissioned these two reports in order to get to the bottom of all these irregularities and to have those responsible charged and prosecuted; until this happens the mayor remains convinced about his opinion in this regard.”

While the DA sticks to its position, Bobani weakened his own recently. The UDM issued Bobani a final warning in April after he allegedly assaulted Congress of the People (COPE) MP Deidre Carter during one of a number of failed no confidence motions that opposition parties brought against Trollip.

The DA has had to look for support from parties like the Patriotic Alliance after its fallout with the UDM in Nelson Mandela Bay. Its handling of the Bobani matter has brought into question its commitment to its coalition partners and added fuel to the call from the Economic Freedom Fighters (EFF) and ANC to remove Trollip.

That track record could play a role if the DA has a chance of forming coalition governments after the 2019 elections.

“Obviously it’s now clear that the DA and Trollip want to be the big boys and swallow the other parties and do whatever they want,” said Bobani on Tuesday.

Holomisa also accused the DA of marginalising those who don’t fall in line.

“The UDM was not the only target of the DA’s, as Patricia de Lille can attest to; should you differ from the boys’ club you are in for a tough ride,” he said, referring to the DA’s Cape Town mayor the party is struggling to remove.

The DA has managed to hold on to power in Nelson Mandela Bay, Tshwane and Johannesburg since 2016, but its coalition partners have at times questioned the party’s commitment to consultation.

On the other hand, some within the DA believe the party has given up too much power and criticised Johannesburg Mayor Herman Mashaba as beholden to the EFF.

Mashaba said Ntuli hadn’t delivered, while the IFP said the mayor did not consult the party and Mashaba was to blame for Johannesburg’s housing challenges for making poor administrative appointments.

The IFP’s Gauteng Chairperson Bonginkosi Dlamini has accused the DA of sidelining its ally. Referring to the DA’s former coalition in Cape Town, he has said:

“They swallowed everybody and won the elections as the DA, without coalition partners. I think the DA in Johannesburg want to do the same. As the IFP, we are not going to agree to that.” DM