Sky-High Exit Strategy: De Lille’s final days in office may reveal how effective a ‘lame duck’ politician can be 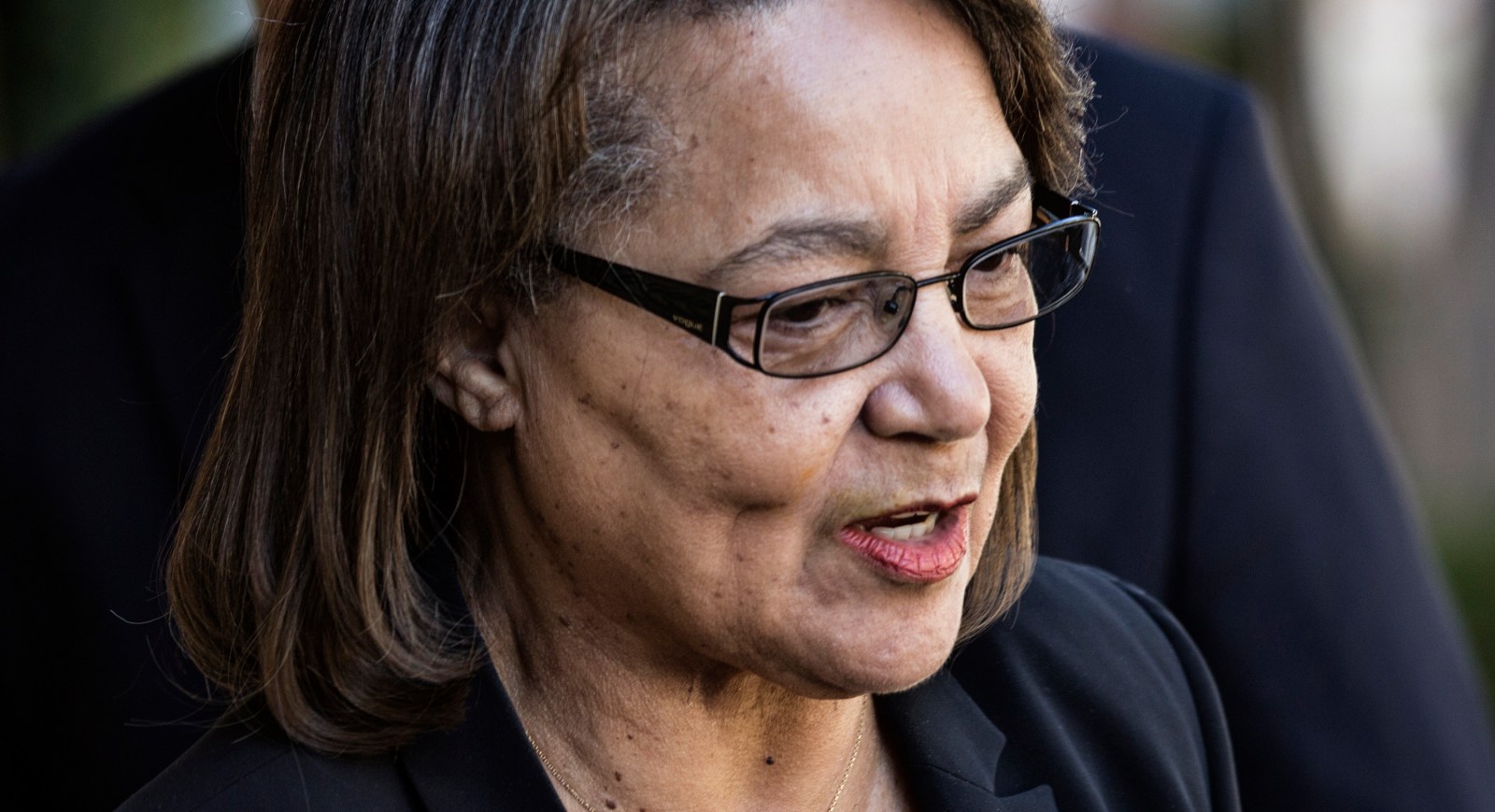 Patricia de Lille has been given at least a fortnight’s extension in her role as Cape Town mayor, after the Western Cape High Court announced that judges needed more time to consider arguments in her bid to be reinstated as a DA member and as mayor. But what is De Lille actually doing in office? And could she use these potentially final days to make decisions which the City of Cape Town would find it hard to extricate itself from?

On Sunday 20 May an interesting statement was sent out by Cape Town-based social justice group Ndifuna Ukwazi.

The statement explained that Ndifuna Ukwazi had been notified by Cape Town Mayor Patricia de Lille that she was set to support the group’s request that a portion of the Zero2One skyscraper project be reserved for affordable housing.

The Zero2One skyscraper is destined to be the tallest building in Cape Town: a massive edifice on the corner of Adderley and Strand Streets, which activists have argued will only exacerbate the unaffordability of Cape Town’s property market for ordinary Capetonians.

Ndifuna Ukwazi asked the City of Cape Town to ensure that one of the conditions Zero2One developers FWJK must abide by should be that part of the skyscraper be devoted to affordable housing for poor and working-class people.

“Now, the mayor has supported this condition and affirmed that 20% of the additional floor space must be reserved for affordable housing for households earning below R15,000 per month who are registered on the City’s housing database,” Ndifuna Ukwazi’s statement announced.

The merits of that approach are a discussion for another day. The more urgent question raised by the statement is: are we seeing “lame duck” politics at play from De Lille?

These politicians find themselves in a curious position.

On the one hand, they have less power and influence, because there’s little incentive for others to co-operate with them or try to win their favour.

But on the other hand, they also experience far greater freedom than politicians who expect to be in power for the foreseeable future. Because lame duck officials are on their way out, they know that they will not have to deal with the consequences of the decisions they make.

What happens next is often a flurry of last-minute policy decisions. In the USA, outgoing presidents sometimes issue large batches of presidential pardons to convicted criminals – most notoriously in the case of former US president Bill Clinton, who issued 140 pardons on his very last day in office.

Closer to home, former president Jacob Zuma’s announcement on the first day of the ANC’s electoral conference in Nasrec last December that the government would provide free higher education for all students falling below a certain income threshold was arguably an instance of lame duck politics too.

Which brings us to Patricia de Lille, currently living on borrowed time while judges prepare to consider the merits of her demand to be properly reinstated as mayor.

Is it possible that De Lille could use the dying days of her mayoral post to make significant decisions of which the DA and the City of Cape Town would ordinarily disapprove?

After the court decision on 15 May returning De Lille to the mayoral post, the DA’s deputy federal executive chair Natasha Mazzone warned in a statement that the mayor would not be given free rein to make decisions.

“De Lille will now act in only a ceremonial role, with substantive governance decisions to be taken by the DA caucus in the interests of the people of Cape Town,” Mazzone said.

But since returning to her office on 16 May, De Lille has been regularly sharing her daily diary on social media to make the point that it is business as usual.

“She’s going about her normal work, which is why she is sharing her diary.”

Nicholson added: “Community meetings, for example, mean listening to why residents are unhappy and taking decisions on how to resolve issues to deal with blockages.”

But other activities seem more significant. De Lille advertised, for instance, that she was signing off on eight planning appeals; in discussion with the City’s Chief Financial Officer about the budget; and negotiating strategy around the current spate of land invasions.

When asked if the mayor is able to make decisions in the normal way, without experiencing constraints on her power, Nicholson did not respond.

Daily Maverick asked DA federal chair James Selfe and deputy mayor Ian Neilson for comment, and were referred in both cases to the DA’s Mazzone.

Asked if the mayor still had the authority to take decisions like that on the affordable housing component of the Zero2One skyscraper, Mazzone replied:

“The council must first assess the application and then determine whether or not it falls within Mayor De Lille’s delegated powers.”

Is the DA nervous that De Lille could use her “delegated powers” in her last days in office to make decisions contrary to party policy, given how strained relations are?

“The High Court ruling was very clear,” said Mazzone. “Mayor De Lille remains a member of the DA and as such, must abide by the DA constitution, DA mandate and falls under DA discipline.”

There are already indications that the DA caucus in the City of Cape Town Council is working to reverse some of the decisions taken by De Lille during her mayoral tenure.

Most notably, during the short period between De Lille’s DA membership being revoked and a court returning her to power, the DA caucus took advantage of her absence to reinstate the City of Cape Town’s Special Investigations Unit (SIU).

De Lille announced in August 2017 that she was shutting down the unit, because she maintained that one of her political foes, Alderman JP Smith, was using the unit beyond its mandate to fight his own political battles. Now it’s back on the streets – a clear slap in the face to the mayor.

Meanwhile the former leader of the Ses’khona Peoples Movement – and so-called poo protester – Loyisa Nkohla, who was appointed by De Lille to the vague position of “mayoral executive support officer” in 2017 against the objections of some DA figures, is facing disciplinary action, according to reports on Thursday. He will not be the only figure close to De Lille to face the axe when her protection is removed.

It’s also noticeable that De Lille’s diary has seemingly not included anything water-related over recent days. When the City’s temporary desalination plant at Strandfontein was brought on line this week, it was deputy mayor Ian Neilson who was there to reap the positive PR of that development.

It’s a deeply weird situation – but however you slice it, De Lille remains the Mayor of Cape Town. A glowing biography of De Lille is still available on the City of Cape Town’s website, concluding with the snippet that “former President Nelson Mandela described her as his favourite opposition politician”. DM