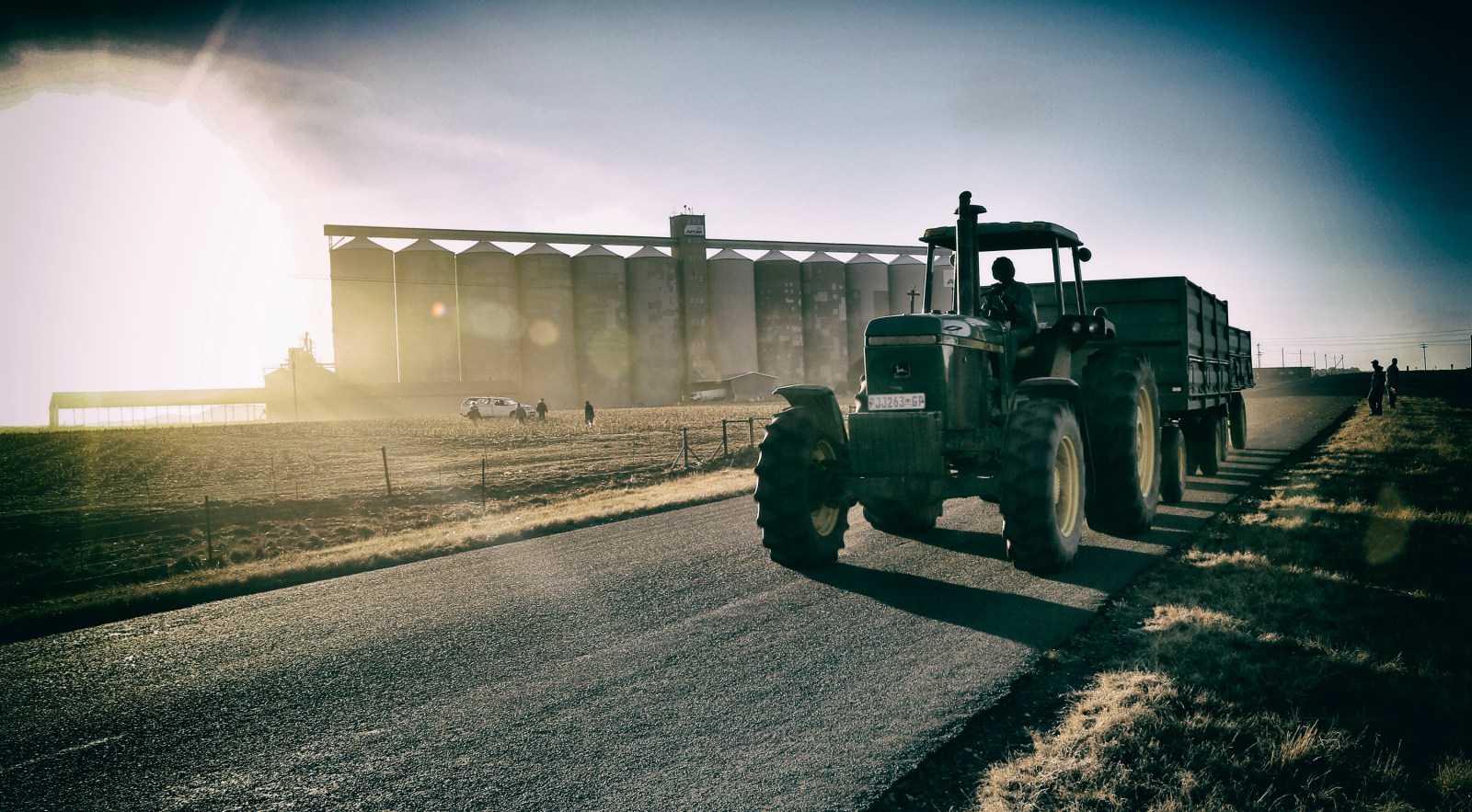 A photograph made available on 06 June 2013 shows a tractor delivering grain to a grain storage site near Johannesburg, South Africa, 06 June 2013. It is now grain harvesting season and the grain is transported to the major cities after being stored in the site. EPA/KIM LUDBROOK

This weekend, the ANC NEC held a land summit in Boksburg which was somewhat ignored due to the attention given to the royal wedding of Britain’s Prince Harry and Meghan Markle. The meeting was a gathering of NEC members, ministers and deputy ministers who don’t sit in the NEC, alliance leaders as well as former presidents Kgalema Motlanthe and Jacob Zuma. Most surprising was the ANC’s appetite to hear from outsiders – the likes of Advocate Tembeka Ngcukaitobi, researchers and NGOs.

For a long time, expropriation of land without compensation was the face of a proxy factional fight within the ANC. It was a debate that reared its head in different forms for a large part of a decade and, ironically, was supported and opposed by some ANC strongmen – depending on which side of the factional divide they found themselves over the years. Finally, the party decided to make expropriation of land without compensation its policy at its December 2017 conference. Although well-intentioned, the decision was taken under duress and little thought was given to the practicality of it all.

President Cyril Ramaphosa’s summary of the summit on Sunday evening went as such:

“I think this workshop has given us the great opportunity and platform to be able to clarify our position on the question of land. But what is more important is from now onwards, the issue of land, which we heard and… we have been soft peddling on over a number of years… That is an admission we must make. Along the way there have been quite a number of mistakes and missteps that we got involved in. The resolution of the 54th national conference gives us this historic opportunity of being able to inject more energy, more urgency and more oomph in how we deal with land.”

This land summit is not the end to the debate in the party about land reform because all the proposals made would still have to be ratified later by the ANC’s National Executive Committee, and after further discussion. Despite the lack of finality, many leaders present described a sense of common purpose to navigate through the quagmire that is the land question and guide the steps forward. While the pedestrian analysis has been that there is a party divide between those who support expropriation of land without compensation and those who don’t, it was manifest from this summit that the party is now beyond that. Ramaphosa dubbed it like this:

“We are all at one in agreeing in saying yes, the land will be expropriated without compensation. We may be divided on a whole number of other things but not on this one.”

Over the two-day meeting in Boksburg, there were pressing and urgent issues the party had to come to grips on in the summit such as redistribution and restitution and what mechanisms to follow. Then there was the debate around Section 25 of the Constitution and whether legal reform was needed to effect changes regarding the land. There were also parallel discussions on urban land access and tenure, farm dwellers and farm tenure, and what, surprisingly, caused the most controversy – communal tenure.

For the most part, the summit’s diagnoses of the problems with land reform came back to the lack of government implementation. In his opening remarks to the summit, Ramaphosa reflected this by saying:

“We need to acknowledge that the lack of progress in land reform can be attributed to a great extent to weaknesses in the institutions responsible for effective government our policies. Also to inconsistencies in legislation, including misguided interventions and also to a misallocation of resources.”

Advocate Ngcukaitobi agreed to this saying that what has been lacking in the past 24 years regarding land reform is “concerted government action”.

The ANC is yet to consolidate the submissions and proposals from the various commissions and then ratify it in the NEC, but there seems to be great consensus around the setting up of a high level panel located in the Presidency to align government’s efforts regarding land reform and guide the process at the helm of the executive. This team, it was suggested, should comprise lawyers, NGO players and experts working in the field of land reform. Ramaphosa himself proposed the igniting of what he called “an agrarian revolution” in government led by the Presidency which would see land placed at the centre of his administration’s priorities.

There was no clear answer yet on whether Section 25 of the Constitution must be amended or not – only that it must be pushed to its limit in the implementation of land reform. However, one leader quickly told Daily Maverick that there may be finality after the NEC finally resolves on the matter. Advocate Ngcukaitobi made a valid contribution to the Land Summit on this, saying:

“For purposes of expropriation of land without compensation, it is clear that there is no constitutional impediment as such. So, what I would suggest here is that we consider passing legislation that would make it explicit that the state has the power to expropriate without compensation.”

Other ANC leaders in the commissions confirmed that there seemed to be consensus that new legislature needed to be drafted to allow for less red tape and more effective interventions.

Incidentally, it was a debate about communal land with traditional leaders that caused the most controversy. It was former president Motlanthe who lit the flame when he said on Saturday that the ANC-led government must not be held to ransom by traditional leaders acting as “village tinpot dictators” who lay claim to land that doesn’t even belong to them.

This upset traditional leaders and some ANC leaders alike, so much so that some of them complained directly to Ramaphosa. The President then used his closing remarks to calm the fires by explaining that Motlanthe did not mean to insult anyone by his statement.

It’s clear that the ANC has not found a common voice on how to deal with the issue of communal land and traditional leaders, which is a pressing issue given the controversy of the Ingonyama Trust issue. The summit only went on to say there ought to be another summit dedicated entirely to this topic, where traditional leaders will be able to participate and give their inputs. Ramaphosa himself suggested a meeting with the council for traditional leaders, Contralesa – before the NEC makes its final decision.

It is hard to say definitively whether this land summit was yet another ANC-hosted talk shop. It is also equally difficult to separate this effort around land to the looming 2019 general elections. However, there seems to be some commitment from the Ramaphosa-led ANC leadership to put weight to efforts behind the sloganeering around land. Almost as if, when they eventually go to the electorate, there would be something tangible to offer.

For now, it is important to see what happens next and whether the NEC’s final word on the land debate would “go viral”, as Ramaphosa suggested. It is possibly their last chance, and they know it. DM