After the abuse of Zuma’s years, State Security’s long journey to recovery starts – but not all is smooth 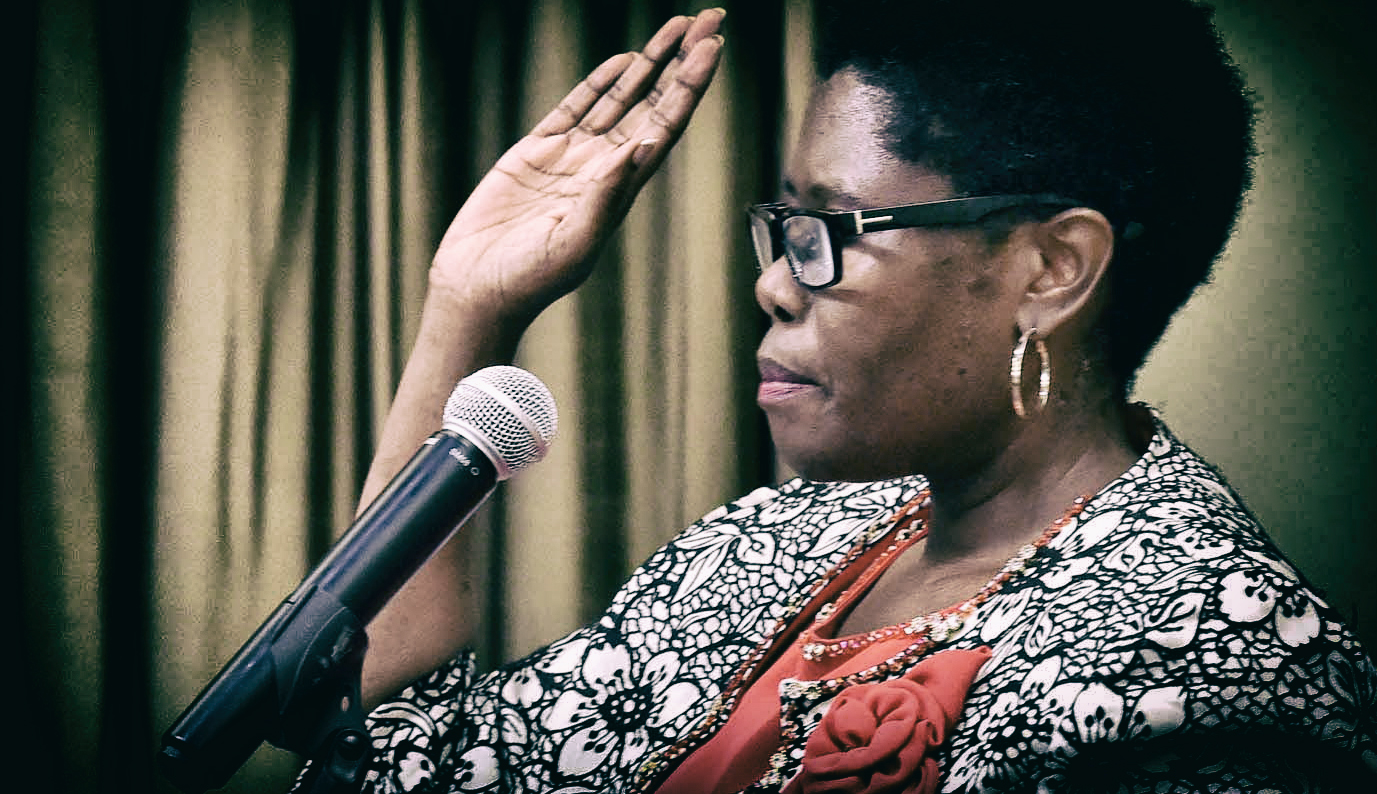 But even this hint of ministerial openness proved too much for most others. And so Friday’s budget vote was a missed opportunity to break the mould that has fertilised corruption, dysfunction and politicking in the intelligence services.

First, the good. Gone from State Security appears the regime change rhetoric that for years fingered opposition politicians, civil society, media and others such as former public protector Thuli Madonsela of working with, or for, foreign agents to overthrow the elected ANC government. That regime change rhetoric, invoked against critics of the Jacob Zuma administration, was a firm favourite of one of the former president’s ardent loyalists, ex-state security minister David Mahlobo.

“They use a range of role players to promote their agenda and these include, but are not limited to, certain mainstream media, non-governmental organisations and community-based organisations, foreign and multinational companies, funding of opposition activities, infiltration and recruitment in key government departments, religious bodies, prominent influential persons, and punting of covert intelligence networks and covert action on our soil,” was how Mahlobo put the state of intelligence play in his 2017 State Security budget vote.

Fast-forward a year and two days, and on 18 May 2018 Letsatsi-Duba told MPs South Africa enjoyed “relative stability save for sporadic incidences of unrest, which do not constitute a national threat. There is no orchestrated campaign or action to create instability on a national scale”.

“We maintain that South Africans have a constitutional right to protest, but we continue to condemn the violence and destruction of property that is sometimes associated with such action. In this regard, the law enforcement agencies will continue to discharge their lawful responsibility to ensure the safety of the public.”

That in itself marks a turnaround for the SSA that has been so drastically politicised for over a decade, at least at the top political leadership.

Asked in the subsequent media briefing on her budget vote about foreign agents and the upcoming 2019 elections, Letsatsi-Duba remained frank:

“We are monitoring the space, but at the moment we don’t have any information that there are foreign forces that seek to undermine the elections.”

But intelligence services remained “vigilant” given what had happened in the 2016 election of US President Donald Trump, said the minister in reference to the ongoing official investigations into Russian influence in that poll.

Segue into the ugly part of Friday’s State Security budget vote – continued state insistence to monitor social media. Letsatsi-Duba announced that the policy for social media monitoring is being finalised:

“Fake news is really dangerous. If we don’t have a regulatory framework (to monitor social media) we are in for a big disaster… It is in the public interest social media is watched carefully.”

Social media monitoring and criminalisation of what the state deems “malicious (internet) messages” – the definition covers incitement to violence, but also messages that are “inherently false in nature and… aimed at causing mental, psychological, physical or economic harm to a specific person or a group of persons” – is part of the Cybercrimes and Cybersecurity Bill Mahlobo brought to Parliament in 2017.

It is also where the toxic mix of secrecy, money and corruption emerges.

EFF MP Mbuyiseni Ndlozi said the State Security budget in 2018 again listed budgetary expenditure for acquiring social media monitoring software although millions already had been spent on such software “that does not exist” within the SSA. Similarly, the budget proposals presented to Parliament’s Joint Standing Committee on Intelligence (JSCI), the only one that as a rule sits behind closed doors, asked for millions of rand for rentals, without even stating the square metres leased so MPs could establish whether this expenditure was justifiable.

“The code of secrecy we are being sworn into is a big ploy to protect corruption. We are complicit… literally… in state resources looted for personal benefit and we are quiet and South Africa doesn’t know,” said Ndlozi, rejecting the State Security budget.

“The greatest threat are members of Parliament. They are approving money when they don’t know what it’s being used for.”

The State Security budget, a sliver over R5-billion with R4,593-billion earmarked for “operations”, is held under the National Treasury because it directly transfers the allocation to the secret services account; although there would have been a briefing to the JSCI, as the committee as a rule sits behind closed doors. Only the once-a-year JSCI reports, published in Parliament’s record of work, the Announcements, Tablings and Committee Reports (ATC), provides dollops of much-filtered information.

And so JSCI chairperson Charles Nqakula in a meandering speech on history and many words against South Africans participating in military conflicts abroad – a Defence responsibility under the 1998 Regulation of Foreign Military Assistance Act – simply endorsed the SSA’s restructuring and rooting out of corruption alongside better resourcing.

There was only a nod to the recent controversy that ultimately saw Arthur Fraser redeployed as director-general from SSA to Correctional Services when Inspector-General for Intelligence (IGI) Setlhomamaru Dintwe, in an unprecedented move, turned to the courts after Fraser withdrew his security clearance.

“We are going to do the investigation we intended to do, in spite of the moves that were done… It is important for us to complete that task,” said Nqakula, who emphasised that the JSCI had taken this decision at one of its behind-closed-doors meetings to investigate already on 28 March, before it hit the headlines:

“That matter having gone out (in the public domain) put all of us in a state of embarrassment.”

Meanwhile, the standard State Security response to parliamentary questions, regardless of whether that’s on service providers, vetting or any other issue, runs like this:

“Information relating to… is information that forms part of the broader operational strategy of the agency and therefore as a matter of policy the SSA does not disclose such information. It should however be observed that the SSA is overseen by the Joint Standing Committee on Intelligence (JSCI) and the Inspector-General of Intelligence amongst other regulatory bodies”.

That’s the bad news – the culture of silence, secrecy and smoke and mirror games continues.

State Security Deputy Minister Ellen Molekane determinedly stayed in the shadows. At the portfolio for some four years, her opinion was sought in Friday’s post-budget vote media briefing, as the minister said she was part of the “honest engagements… that hurt a lot” with officials on the state of the SSA.

“My views are really not important. Right,” Molekane firmly said, adding she was not in the business of exposing conversations. “We are where we are and we are moving forward.”

And SSA acting director-general Loyiso Jafta took a similar approach. While he was more effusive on the possible legislative amendments with regards to IGI oversight – this would also include “intra-IGI autonomy”, or ensuring that once a case is lodged there could be no interference by one investigator in another’s probe – there was silence on the important stuff like re-engineering SSA out of the corruption, politicking and other controversies. Or the work of the 10-strong review panel, whose names and terms of references would be announced once all the T’s are crossed and I’s dotted, according to the minister.

“My advice, predictably, is that it (the review panel) has to function in a fairly secure environment because we don’t want such conversations to take place in public,” he said, also sidestepping questions on potential other investigations.

“Predictably, I would not be able to answer the questions, because unless warranted we don’t advertise what areas of inquiries we are undertaking…”

Letsatsi-Duba may want to open the window for some sunlight – the best disinfectant, as the saying goes – to restore public trust in the SSA and the State Security department and she has the political support of President Cyril Ramaphosa as Fraser’s redeployment showed. But if Friday’s budget vote debate and briefing is anything to go by, it will be a tough, and possibly quite lonely, journey to ditch the ugly and bad. DM