Arthur Fraser, the Spy Boss who went Out Into the Cold 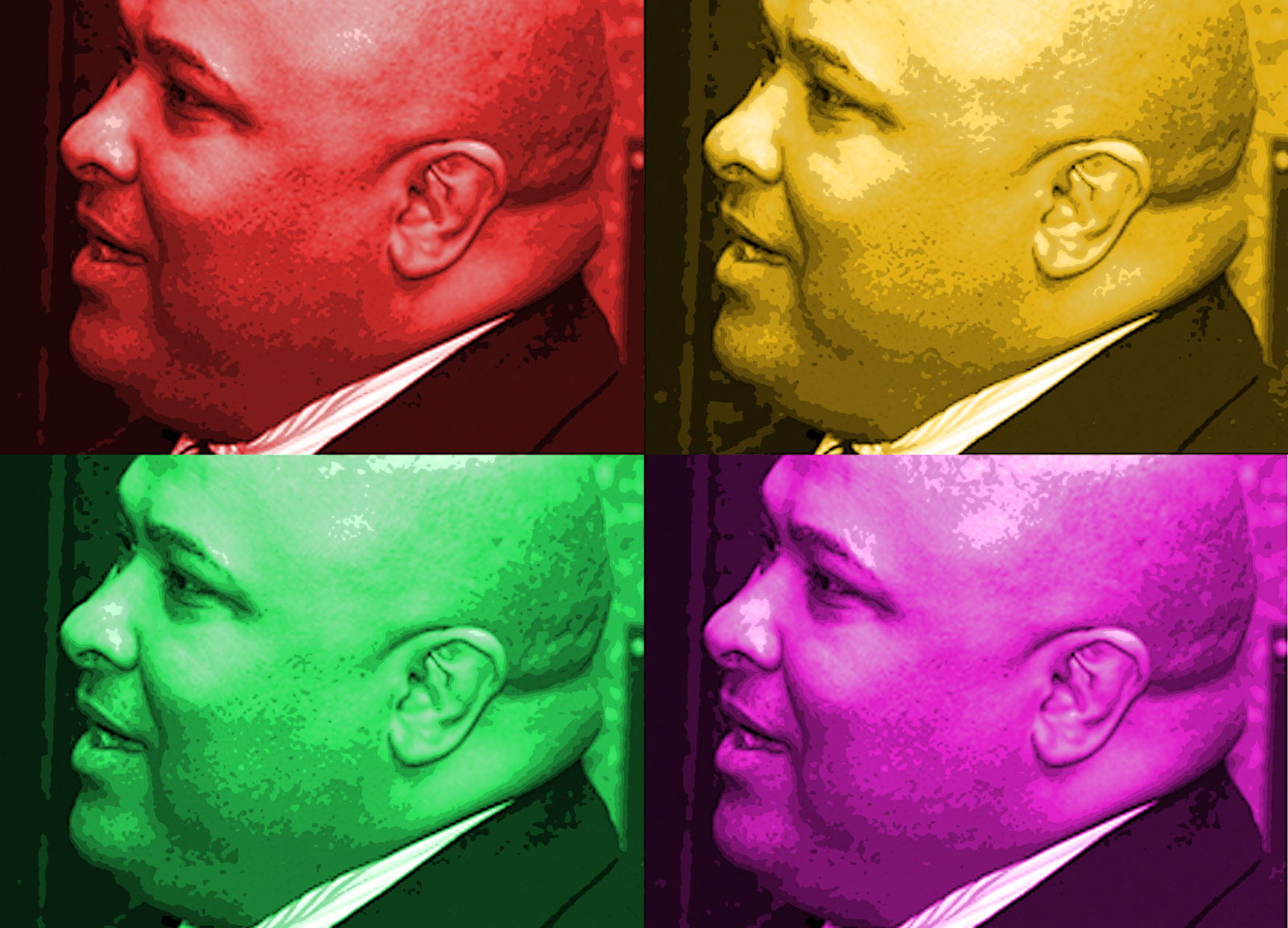 The redeployment of spy boss Arthur Fraser to head Correctional Services is part of a careful unravelling of the spider’s web across the state security apparatus. That Fraser was not suspended or sacked outright signals concerns of a power base he may have built up over the years. But it also shows how Fraser miscalculated in his high-stakes poker game with what he believed was the ace up his sleeve – withdrawing the security clearance of the independent intelligence watchdog to lay the basis for his dismissal. Instead it was Fraser who was shuffled.

The terse official statement on Tuesday said State Security Director-General Arthur Fraser was transferred with “immediate effect”, after consultations between the spy boss, President Cyril Ramaphosa and State Security Minister Dipuo Letsatsi-Duba. The vacancy had existed since August 2017 when Zach Modise left, having reached the statutory retirement age of 60.

The announcement came as Parliament’s Joint Standing Committee on Intelligence (JSCI) was on an oversight visit to the SSA headquarters.

“I have no comment to make. He (Fraser) is an official who’s been redeployed… by the president. Even if I had met him, there’s nothing I was going to say.”

It was the state security minister who made the official announcement. President Cyril Ramaphosa was out of the country in the United Kingdom for the Commonwealth Heads of Government Meeting (CHOGM2018), an investment drive and a courtesy call on Queen Elizabeth II.

The redeployment of the spooks boss has closed one chapter in an unprecedented saga which saw Inspector-General of Intelligence (IGI) Setlhomamaru Dintwe turn to the courts for protection last week after Fraser withdrew Dintwe’s security clearance, needed to remain in the oversight job. But other chapters remain open, including how to clean up the politicised intelligence service and how to give real meaning to the constitutionally mandated legislated oversight over SSA.

When Fraser revoked Dintwe’s security clearance with immediate effect on 28 March 2018, history had caught up with him even if it was ignored at the time of his appointment as spooks boss in September 2016.

Fraser was again under investigation over the Principal Agent Network (PAN) programme. In May 2017 DA Chief Whip John Steenhuisen lodged a complaint with the IGI and in November he requested an update. There had already been eight years of investigations by the independent intelligence watchdog and SSA itself that found irregularities and grounds for criminal investigations related to the Principal Agent Network (PAN) programme he established in 2007, effectively as an unconstitutional non-state intelligence operation.

The reports were provided to the state security ministry, and the JSCI was also aware as its statutory annual reports in in 2014 and 2016 reference investigations, as Daily Maverick reported in November 2017.

Nothing happened, but the matter again exploded into the public domain with the publication of Jacques Pauw’s book The President’s Keepers which, among other things, highlighted details of an estimated R1.5-billion spent on properties and buying 293 cars for 72 PAN agents and the vehicles’ warehousing.

Dintwe in his court papers linked his loss of security clearance and his PAN programme probe – “On what I know, there is at least a prima facie case for Mr Fraser to answer” – and that the withdrawal of his security clearance was a move to prevent him doing his oversight job.

Fraser denied this, or doing anything unconstitutional or unlawful, instead taking a political route with a good dollop of conspiratorialism. The IGI’s probe was “malicious” and “at the whims of political parties aimed at discrediting me, the agency and the political leadership”.

Withdrawing Dintwe’s security clearance, according to Fraser, was actually a move to protect the IGI’s office and in the best interest of South Africa:

“I received information which suggested that the applicant (Dintwe) personally and without authority disclosed classified information to representatives of political parties in Parliament.”

Of course, Fraser said he was not at liberty to disclose details. But if he really had discovered real concerns with Dintwe he should have approached the JSCI, which is empowered by law to investigate the IGI. The parliamentary committee can ask the president to suspend the IGI pending the outcome of such a probe in terms of the 1994 Intelligence Services Oversight Act.

Fraser’s actions have highlighted the lack of transparency and accountability of the intelligence service, and the arrogance of someone believing he enjoys and dispenses political protection.

For about two years, until Dintwe’s appointment, the SSA was left on its own as the IGI post remained vacant amid politicking at Parliament – and for Fraser, this situation had shown the constitutionally mandated and legislated oversight office could actually could be without its incumbent, the IGI.

This saga brought to the fore a confluence of toxic dynamics, from invoking administrative action to justifying treating the independent intelligence watchdog no different than, say, a new SSA cadet, to the watchdog’s dependence on state security for funding. Dintwe in his court action also outlined a series of obfuscations, delays and non co-operation from the SSA even if the Act gives him wide-ranging powers to access documents, information or reports, and premises.

It’s unclear if the JSCI has had any role in supporting the IGI. The committee has long soft-pedalled on its oversight outlined in the 1994 Intelligence Services Oversight Act. It sits behind closed doors as a rule, even though it does not have to. And its statutorily required annual reports contain very little real information on the intelligence establishment. Nor has it really exercised its powers to investigate. There was a report on the Browse Mole report on foreign fundraising for Jacob Zuma to oust Thabo Mbeki in the bruising run-up to the 2007 ANC national conference. And there was a JSCI report on the Nkandla saga, endorsing the then official view that all construction, including the cattle kraal, chicken run and swimming/fire pool, were security requirements.

Yet there are many issues, from Dintwe’s attempt to probe SSA operatives attending party-political meetings between 2014 and 2017, frustrated by a lack of response, or the fact that SSA is failing in its responsibility to vet state officials, as Fraser admitted to the Standing Committee on Public Accounts (Scopa) in early December 2017, pointing to soon-to-be finalised redrafted vetting processes.

There could be other issues, including what seems to be a growing relationship between SSA and the Public Protector, Busisiwe Mkhwebane, herself a former SSA analyst, after the justice committee heard SSA staffers are now heading finance and security in the constitutionally established office to support democracy.

The Fraser saga has highlighted the political dynamics and influences within intelligence. This is elevated because secrecy is invoked at every turn of the smoke-and-mirrors game. Moving to unravel such entrenched attitudes and power relations is difficult.

But Fraser’s departure has opened a key vacancy in the state security cluster where appointments made by the Zuma administration have been widely criticised for choosing pliant officials in top jobs to ensure political control. Fraser’s history was not the first to be ignored. Zuma’s first NDPP appointment, Menzi Simelane, was found “invalid” and “irrational” in a unanimous Constitutional Court judgment in October 2012. Central to this was that the appointment had ignored scathing comments about Simelane’s conduct by the (Frene) Ginwala commission of inquiry into his predecessor, Vusi Pikoli, established in the political fallout over his decision to pursue former SAPS boss Jackie Selebi for fraud. Simelane was appointed in 2009, after the Ginwala commission report was released.

Fraser’s departure follows key changes in SAPS crime intelligence, and elsewhere in the police, alongside the suspension of tax collections boss Tom Moyane. And prosecutions boss Shaun Abrahams is on short notice following the December 2017 judgment that his appointment was invalid. The court said Cyril Ramaphosa, then deputy president, should appoint the new National Director of Public Prosecutions (NDPP) replacement as then still president Jacob Zuma was “clearly conflicted”. Ramaphosa is president and in that capacity has the statutory power to make the appointment.

State Security Minister Dipuo Letsatsi-Duba, in the wake of the unprecedented court action by Dintwe, talked of “steps to ensure that matters of concern are dealt with within the provisions of the legal framework governing our environment and to ensure we maintain good governance as is expected of us”.

Although the steps were unspecified, the redeployment of Fraser may well be the first of several to clean up the intelligence service, possibly with the assistance of an advisory committee, as some speculation suggests.

It would be handy to revisit the September 2008 Matthews commission of inquiry into reforming the intelligence service. It was established after the NIA unlawfully put businessman Saki Macozoma under surveillance in the pre-Polokwane political jockeying, and cost NIA boss Billy Masetlha his job.

The report has gathered dust, but it could prove useful in any planned clean-up or reforms of the SSA. Given the politicisation and entrenched interests in the shadowy world of spooks and spies, that path will not be easy. DM