Spooks and Spies: The PAN progamme, Arthur Fraser and eight years of investigations 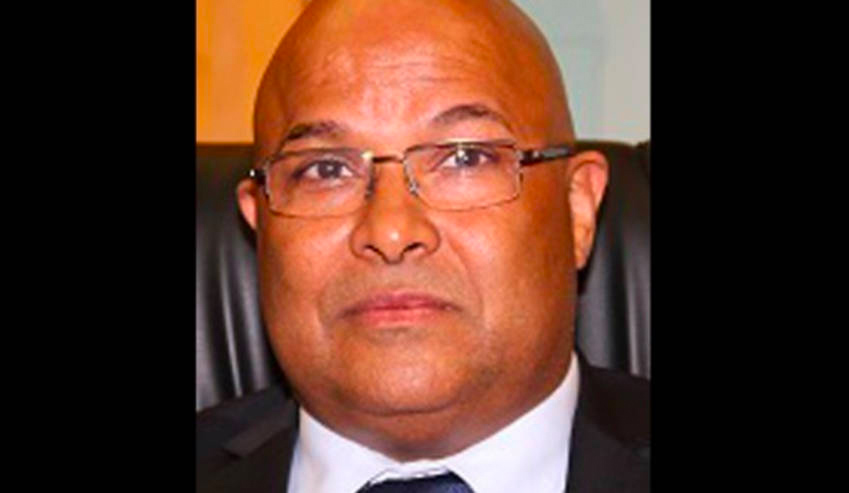 What happens when spooks are fingered breaking the rules and the law? Very little it seems, if the Principal Agent Network programme by the National Intelligence Agency, is anything to go by. That project by the forerunner of the State Security Agency spectacularly, again, emerged in Jacques Pauw’s book The President’s Keepers. For eight years there’ve been official investigations, including an internal SSA finding that there was sufficient evidence to criminally charge top spies, but the smoke and mirrors saga plays on. By MARIANNE MERTEN.

DA Chief Whip John Steenhuisen on Wednesday said he would write to Inspector-General of Intelligence Setlhomamaru Dintwe for an update on his six-month-old complaint about State Security Agency (SSA) Director-General Arthur Fraser, including his role in the Principle Agent Network (PAN) programme.

“The allegations against Fraser are profoundly serious and need to be prioritised by the IGI (Inspector-General of Intelligence). It can no longer be left to opposition parties, journalists and civil society to expose the rot in our intelligence community,” Steenhuisen said in a statement.

Lodged on 18 May 2017, Steenhuisen’s request for an investigation of Fraser followed the opposition party’s objection to his appointment to the helm of the SSA from 26 September 2016.

That appointment, officially made by the president, was announced by then State Security Minister David Mahlobo, who expressed his “full confidence” in the former NIA deputy director-general for operations and Home Affairs immigration services head. “He brings with him immense understanding and knowledge of the intelligence environment and his astute managerial experience which will help move the organisation forward,” Mahlobo said in a public statement issued by Government Communication and Information Systems (GCIS).

Yet when Mahlobo made that announcement in late 2016 he would have had sight of not only the IGI report tasked, as the official lingo goes, by his predecessor Siyabonga Cwele, but also the SSA’s own investigations that found Fraser was one of 15 people against whom “there is sufficient proof to institute criminal investigations”, according to documents seen by Daily Maverick.

This SSA internal probe was instituted as far back as September 2009, when Cwele requested the internal audit structures to investigate “maladministration” in the Covert Support Unit (CSU) between 2007 and 2009, according to the documents.

It covered not only the PAN Programme, but also the CSU whose manager, named as “P Makhwathana” in the documents, for example, signed on 72 PAN operatives, who were ultimately paid from operational funds at a cost of R32.9-million a year. “A number … were children and other family members of the members of the CSU and senior members of the NIA,” say the documents.

The CSU also appeared to have been involved in renting properties, sometimes by paying between eight to 10 years’ rental in advance, for the PAN programme, as well as the purchase of 293 vehicles. “Some of these vehicles were stored in warehouses for at least four years without being utilised. Some of the vehicles are to date missing and unaccounted (for).”

According to the documents, on 9 November 2010 in a meeting with Cwele at OR Tambo International Airport it had been decided to refer the matter to the National Prosecuting Authority (NPA). Between January and March 2011, assistance was also requested from the Hawks, the SAPS commercial crimes unit and the Special Investigations Unit (SIU). Later in 2011 then Justice Minister Jeff Radebe was briefed in the presence of Cwele. “Even before the conclusion of the presentation, Minister Radebe indicated that he has heard and seen enough and that it is a prima facie case that must be dealt with by law enforcement. The minister also indicated that his department will render such assistance as may be required,” the documents say.

It’s not quite clear what exactly happened next, but on 20 June 2013 Cwele also tasked the Inspector-General of Intelligence (IGI) to investigate the PAN programme. That investigation was finalised by 12 December 2013 when the IGI submitted a report containing findings and recommendations to the minister, Advocate Jay Govender speaking for the Office of the Inspector-General of Intelligence (OIGI) told Daily Maverick in an email on Wednesday.

Unlike an investigation following a complaint, from a member of the public or the SSA, this so-called “tasking” means the OIGI reports back to the relevant authority and focuses only on the terms of reference.

But then there was a post-April 2014 national elections Cabinet reshuffle, and change of ministers. However, Govender said the reports were presented to Mahlobo in June 2014 – and on 25 November 2014 to the Joint Standing Committee on Intelligence (JSCI).

“The implementation of recommendations of the tasking is reliant on the discretion of such an authority, who also takes ownership thereof,” said Govender. “We would like to place it on record that the tasking to the OIGI was handled long after the departure of Mr Fraser from the NIA (approximately three years).”

The JSCI is the only parliamentary committee established in law. Its security-vetted MPs sit behind closed doors, but it’s statutorily required to publish an annual report that provides a rare glimpse into the intelligence world.

And from these reports it emerges that MPs had been briefed about this spook saga before the IGI report came to them – presumably by the SSA, which had concluded its internal probe with a final report in May 2012, subsequently submitted to the minister and acting director-general on 19 June 2012.

The JSCI annual report for the financial year ending 31 March 2013, extended to include the period to February 2014, was published in the Announcements, Tablings and Committee Reports (ATC), Parliament’s record of work, on 10 April 2014. “The committee was briefed on certain activities of the Covert Support Unit (CSU). This matter has been unresolved for almost five years,” the JSCI annual report said. “During the preliminary inquiry by the internal auditors, incidents of breach of regulatory framework as well as irregular authorisation and utilisation of funds were identified. Some of the key findings of the audit report included amongst others non compliance with the Ministerial Payment Directive (MPD), inadequate supporting documentation for issuing of Special Temporary Advances as well as non compliance with finance and asset directives.”

It goes on to say the preliminary findings indicated “irregularities in the formation and management” of that programme. “Furthermore, Supply Chain Management procedures were not followed. However, investigations are incomplete and the matter has now been referred to the Office of the Inspector General of Intelligence (OIGI).”

A reference to the PAN Programme or CSU did not emerge again until early 2016. The JSCI annual report for the financial year ending 31 March 2015, published on 26 January 2016, includes a brief paragraph at 6.3.4 of the committee’s annual report that Cwele on 20 June 2013 requested the IGI to investigate the PAN Programme with a focus on “alleged transgressions of applicable laws, regulation and policies” and “whether any monies or assets were unlawfully acquired and the prospects of recovery there of”.

The paragraph ends: “A report with findings and recommendations was submitted to the Minister of State Security on 12 December 2013. There were complaints received and they were attended and finalised, the OIGI reported back to the complainants about findings.”

The documents outlining the SSA probe as seen by Daily Maverick put Fraser at the centre of the PAN Programme from inception in 2007. It was his proposal to then NIA Director-General Manala Manzini to boost covert intelligence collection, and it was effected without consulting the chief financial officer.

An “expensive communication system” was put up in Fraser’s private home to which “all raw information” from the PAN programme was sent. “The information was not disseminated or integrated into the NIA’s information system and the analysis unit of the NIA never received any of this information,” the documents say.

The findings are scathing: the PAN programme effectively duplicated NIA work at cost to the agency, but “did not increase accuracy of data”, it undermined NIA structures and irregularly used intelligence resources. The documents indicate that aside from violations of internal rules and regulations, including financial ones, there was evidence of contraventions of Prevention and Combating of Corrupt Activities Act.

On Wednesday SSA spokesperson Brian Dube also confirmed to Daily Maverick that the IGI report had been submitted to JSCI, which was “monitoring the implementation” as the agency continued its work.

He referred further queries to the IGI and the JSCI, and queries over Fraser’s appointment to the Presidency. Efforts to obtain that comment from the Presidency spokesperson Bongani Ngqulunga via telephone calls, voicemails and SMS proved unsuccessful.

JSCI chairperson Charles Nqakula, who was appointed in May 2016, told Daily Maverick he could not go into details on the committee’s work. “We have picked up that matter and we discussed it with the former minister. Unfortunately, he was reshuffled. It’s a matter that is receiving attention and will be taken up with the new minister.”

Blowback was certainly expected as the documents seen by Daily Maverick outline the need for a communication strategy to address media interest and mitigate any exposure.

As the SSA has served another cease and desist lawyer’s letter on Wednesday over The President’s Keepers, it remains to be seen if anything happens over this eight-year saga. DM