THE PROMISED LAND: When trees are all you’ve got for...

When trees are all you’ve got for title deeds 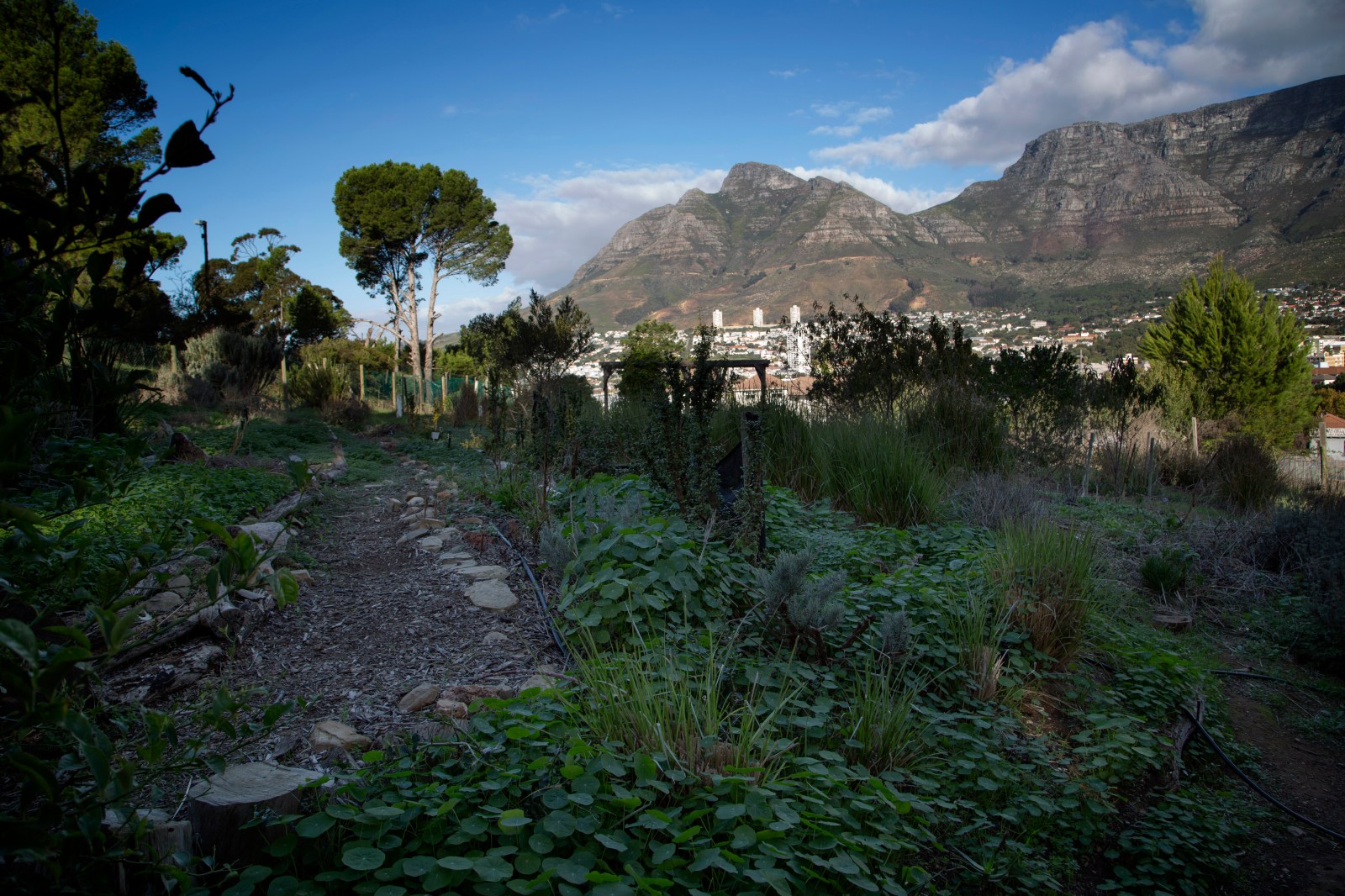 Erf 81 is located in the City Bowl, flanked by the neighbourhoods of Tamboerskloof and the Bo-Kaap. 9 May 2018. Photo by Leila Dougan

Land expropriation without compensation is showing up on newsfeeds, political platforms and in people’s minds. But as the expropriation debates play out, the plight of those fighting to stay on land that is government-owned has been sidelined. This is the reality for residents of Erf 81, a self-sustaining eco village that has been served with threats of eviction since 2013.

This is Part 2 of a special focus on land. See Part 1 of The Promised Land series here

What do you do when threatened with eviction? Andre Laubscher will tell you to plant a tree. Surprisingly, his tactic has worked – at least for now.

Laubscher has built a life and a village on the Erf 81 land in downtown Cape Town. For the last 24 years, the authorities have been trying to force him to leave.

Despite the possibility of being pushed off the land hanging over his head, his legal adviser, Ashraf Mahomed, said there is no pending eviction case in court.

“They can’t just be evicted willy-nilly.”

Today, Erf 81 is home to approximately 30 inhabitants, not counting the family of frogs, two goats and their kid, and an old pony named Skattebol.

But their way of life was thrown into limbo in 2013 when developers started to take an interest.

“When the public works department found out about this, in their words, they were scared that we were getting too ‘entrenched’ here,” said Laubscher, laughing at the word “entrenched”.

He pointed to a full-grown tree.

“That tree was the first one that I planted here. Before, there were no trees here. It was lawn from here all the way to the Bo-Kaap.”

The land was an old military base that belonged to the Ministry of Defence and is now managed by the National Department of Public Works.

In 1994, Laubscher wandered on to the property with two hungry goats. Security guards told him he needed official permission for the goats to nibble on the grass so he went to the property’s owner and offered to be its “temporary” caretaker.

“When I first applied for this place I was told I mustn’t get too used to it because it was going to be sold,” he said.

Since the farm began, Laubscher said that people have come to Erf 81 to find refuge and housing close to the city centre.

Most of the 30 residents live in old, abandoned military buildings, though some new structures have been developed, including a fully functional, four-season treehouse. Most buildings are linked into the city’s water and electricity line, though Laubscher says that thanks to his rainwater saving techniques, he hasn’t turned on a tap in two years. 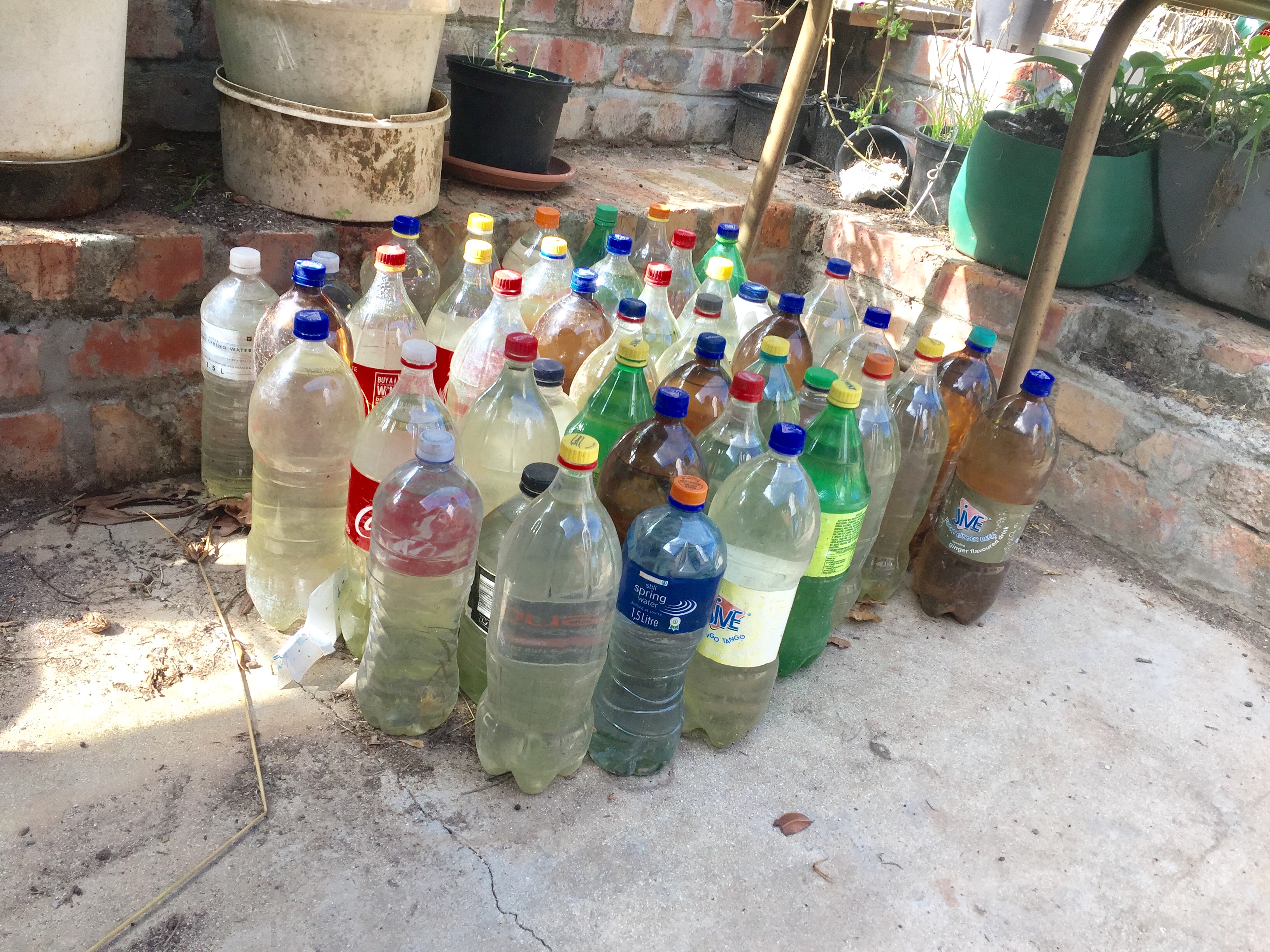 His problems started in July 2013 when the Centre for Industrial and Scientific Research (CSIR) called for architects to propose new building designs for the site, according to a report in the Cape Argus. The report noted that plans included the development of a conference facility, a state guest house, and a military veterans’ old age home. Yet, a few weeks later, the project was abruptly terminated without explanation.

The following August, one of the tenants of the land was evicted, according to a post on Laubscher’s Facebook page. Later, he wrote on the Erf 81 Facebook page:

“The PWD (Department of Public Works) is unwilling to reveal what exactly they plan to do here, but I’m afraid I’ve grown cynical (…) Erf 81 is under severe threat at the moment. We are appealing our eviction order. We are not fighting so that we can stay here, we are fighting for the right thing to happen here.”

Then in June 2014, the City of Cape Town declared seven of the old military buildings on the land as “problem buildings” to the Department of Public Works. The department had seven days to respond. Those seven days have turned into almost four years.

In August 2016, some residents were served with eviction notices, ordering them to vacate the land within one week. But once again, that threat hung over residents’ heads and nothing changed.

A friend of the farm, John Nankin, then began a petition on Change.org.

“The ERF 81 Eco Village in Tamboerskloof needs your support to strongly and wholeheartedly oppose the eviction of this harmonious and unique community by the state!” the petition read.

It described the farm as “a unique, integrated, non-racial and thriving eco-village”. By the time the petition closed, it had gained 2,870 signatures.

Just last month, during a sunny Sunday afternoon, government interference was back. As goats and children wandered around, a police car drove through the farm.

“I’m not sure why. Maybe it’s because the market was not always for profit, but now the guys are starting to make some money and they haven’t filled out the proper paperwork. So maybe that’s why they’re back.”

The market he referred to is hosted every Sunday up the hill from Laubscher’s farm on land still designated as Erf 81. Its run by Tyisa Nabanye, a non-profit agriculture organisation started by two young people from Khayelitsha.

Most Sunday visitors to the farm – Erf 81 residents, Tamboerskloof neighbours, and an occasional cyclist – wander through Laubscher’s farm to say hello to the animals and then head up to the market to buy an ice-cream or coffee.

Though Laubscher isn’t in charge of Tyisa Nabanye, he collaborates with Unathi Dyantyi, one of its founders, who stays on the land.

Dyanti explained that Tyisa Nabanye began as a local farming project in Khayelitsha. But when they lost the plot of land that they had been using, a friend recommended that he reach out to Laubscher.

Dyanti began living on Erf 81 in 2013, and the market and small vegetable garden began soon after. At first, he stayed in the main military building, and shared one room with six people. Since then, he has built his own place next to where Laubscher lives.

Today, his responsibilities are numerous: Dyanti helps promote the organisation, tends to the garden, and is one of the market vendors.

“We have to be everything because all we’ve got is ourselves,” he said, adding that most other vendors come from different areas of the Cape Flats.

Recently, he has begun selling coffee at a small corner stall to help support Tyisa Nabanye.

“We don’t have a lease, so the funders don’t want to invest,” he explained.

Attorney Ashraf Mahomed, who has been advising the community about their legal rights to the land, said that though some residents have received eviction notices, they have been able to stay on the land because legally they can only be evicted by a court ruling.

Mahomed sits on the Board of Trustees of Ndifuna Ukwazi, the legal branch of Reclaim the City, which advocates for equal access to City land. He noted that if the Department of Public Works served a court case against the residents, they could look to their constitutional rights for protection.

The Department of Public Works did not respond to multiple requests for comment.

Dyanti said that with the relevance of the land debate, he hopes that the government gives the Erf 81 land to the residents as an example of balancing city land access – and then addressed President Cyril Ramaphosa directly.

“Mr President, if you are really a civil servant, show me. Give me this land. You can do something: support us. We are black. There are no previous owners of this land – you are the owners. So show an example. Give us the land. Let us live,” he said.

According to research by the Institute for Poverty, Land, and Agrarian Studies (PLAAS), 10% of land in South Africa is state-owned, which included provincial, national, and conservation land. However, only 2% of public land is available for redistribution (excluding municipal commonage).

Erf 81 falls into this slim 0.2% of South African land that is state-owned and available for redistribution.

“The government is always talking about expropriation without compensation, but this land they already own,” Dyanti said.

“Now the question is, will they follow through with what they’re talking about and actually give the people the land? We’re black, we are doing good things with this land. But will they give it to us?” DM