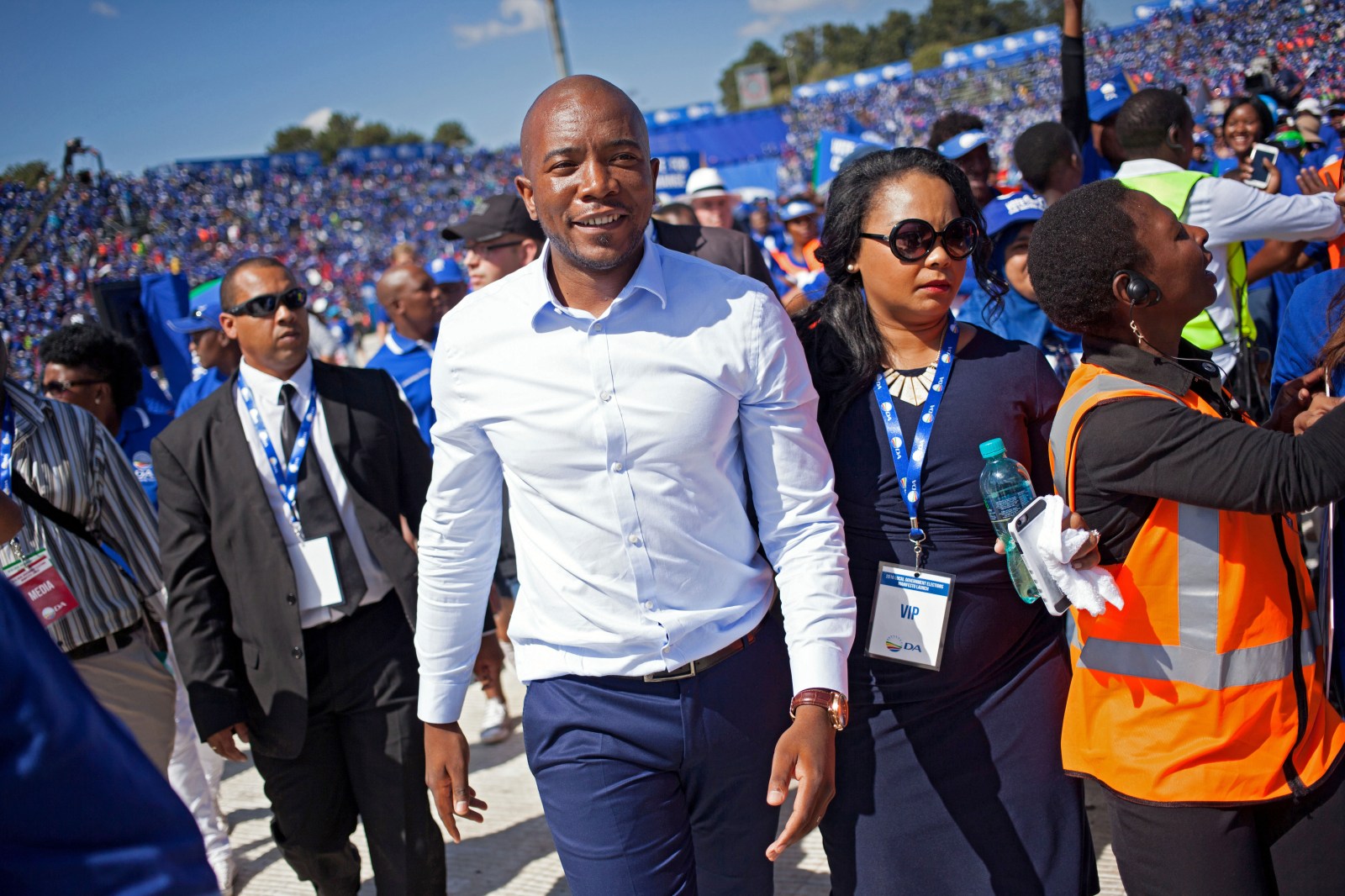 It is speculated that the DA’s axing of mayor Patricia de Lille may cost them dearly at the Western Cape polls in 2019. At a community event in Elsies River on Thursday night, the DA leadership turned out to reassure voters that all was well within the party – but not everyone was convinced.

The gathering at the Leonsdale Civic Centre on Thursday had been billed as a “town hall”, to “engage” residents – but at first glance, it appeared more like a DA rally. On closer inspection, however, signs of some degree of dissidence were evident: a few ANC T-shirts; two posters, one reading “EMPTY DA PROMISES”, the other demanding “AWAY WITH APARTHEID”.

ANC supporters valiantly tried to hold their end up with a rival chant: “We are ready for Ramaphosa!”

When the DA’s Cape Metro chair Grant Twigg took the stage, he set the agenda in his opening remarks. The DA was aware that not everyone was satisfied with the situation regarding Patricia de Lille, he said.

“Maak vrede in jou hart: daar gaan ‘n antwoord wees,” Twigg reassured the audience (Be at peace: there will be an answer).

“We want answers!” shouted an audience member. It was an early indication that despite the sea of blue T-shirts, the DA might be in for a slightly rocky ride.

But Maimane received a welcome that threatened to take the roof off, and instantly launched into a practised rally performance.

“In the DA we stand for all South Africans,” Maimane said: “Black, white, Indian, coloured!”

His words were drowned out by cheers – and a few heckles.

Maimane told the audience that he was present at the event with a message of political unity and an assurance that efforts would be redoubled when it came to service delivery.

Getting down to the hot topic, he said: “This week is not a week to celebrate.”

But it was a week to recognise that “in the DA, it doesn’t matter who you are” – the principles of accountability apply to everyone.

It seemed to be landing well.

“Our values of freedom, of fairness, of opportunity and diversity are not values that are held by one race,” said Maimane, moving swiftly on.

“They are values that we want to bring to all communities.”

“Hy’s so seksie!” cried an elderly female admirer near the front.

“I am a father of two children…” continued Maimane.

It was a slightly rambling address. Amid condemnation of gang violence and unemployment, Maimane would intermittently circle back to the woman of the moment.

“I have served with Patricia de Lille,” he said.

“People say to me that coloured people only vote for a coloured person. That’s not true!”

What voters really wanted, he suggested, was a person who worked for them, not looked like them. And in 2019, the DA would work hard.

So far, so good-ish.

The first woman to step up to the microphone didn’t muck around.

“Ons wil die waarheid he: hoekom is De Lille nie meer met die DA?” she demanded (We want the truth: why is De Lille no longer with the DA).

“I want to congratulate you for your stance on white privilege.”

This was a reference to Maimane’s Freedom Day remarks on the need for the DA to combat white privilege, which reportedly sparked a debate within the DA caucus in which some white leaders expressed concern about this approach.

“We don’t want white racists, get rid of them!” the man continued. “They lied to us about Day Zero!”

The DA leaders on stage started to look a bit grim.

A softball question followed: who’s going to win the 2019 elections? Then a man stepped forward to the microphone who introduced himself as Valentino, and who had come armed with a manifesto he insisted on reading.

“Valentino, I want to thank you,” Maimane said, looking him softly in the eyes. “You took time, you put a memorandum together, and the most important thing of any government is that it wants to hear you.”

Valentino beamed, but still insisted on a signature on his memorandum.

Though the line of people queuing to take the microphone was growing ever longer, it was time for Maimane to peace out.

“Tonight there will be many questions,” he acknowledged.

“The [De Lille] matter is now before a court tomorrow. There were many allegations… I want you to know that as leader of the DA, I could not ignore the allegations.”

Maimane ducked off stage to take a few questions from journalists, while disgruntled audience members still clamoured for his ear.

But the DA’s Twigg was firm.

“Die vrae is klaar!” he said. (The questions are over.)

On went the music, and organisers began to stack the chairs together. DM