The inevitable outcome of the housing backlog 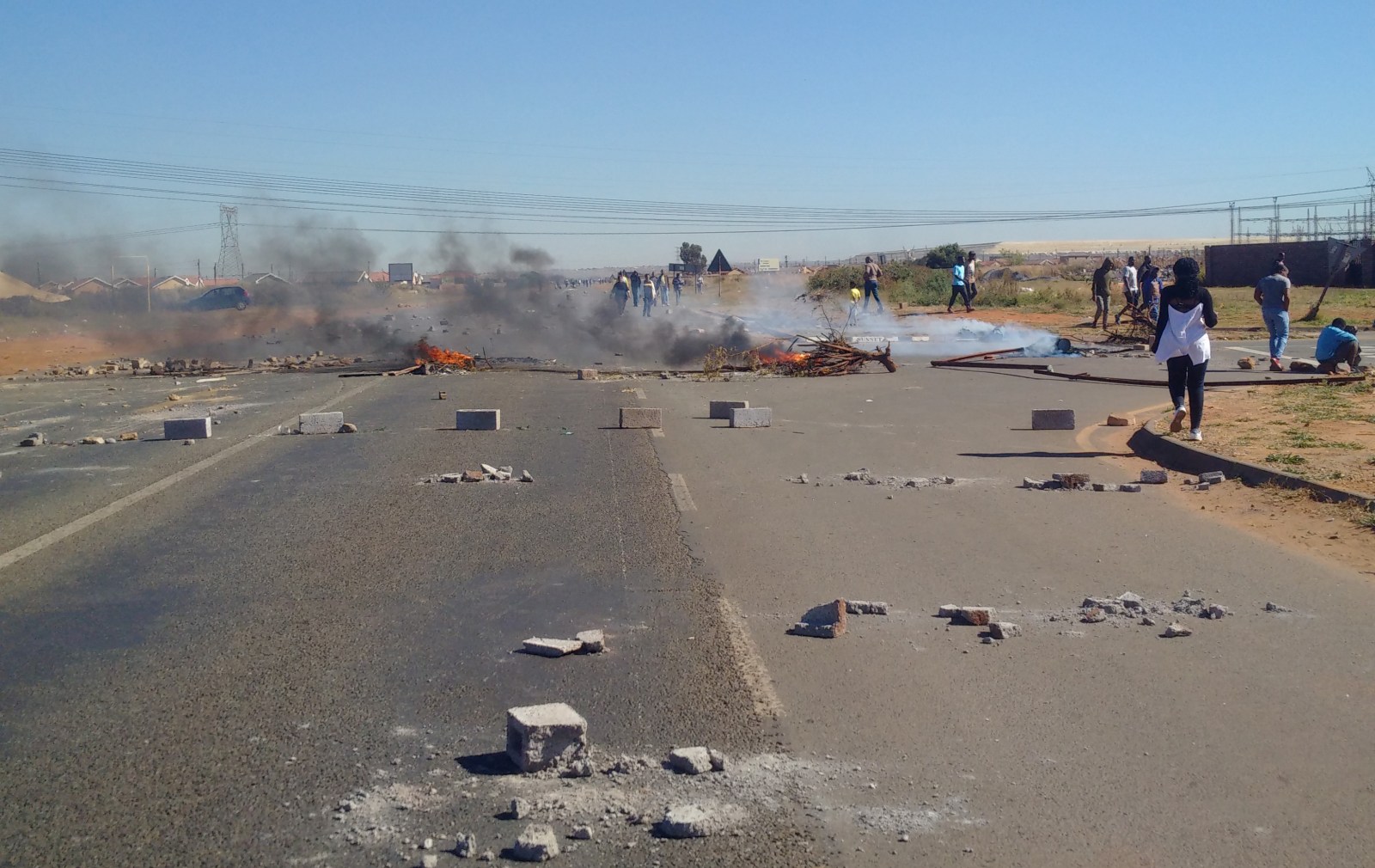 As lawmakers debate land expropriation, people looking for affordable accommodation in urban areas are taking matters into their own hands by occupying land. Without innovative and effective solutions, the pattern will continue as long as the demand for housing far outweighs supply.

On Monday morning Protea Glen residents blockaded the R559 and demanded that Johannesburg Mayor Herman Mashaba or the MEC for Human Settlements Dikgang Uhuru Moiloa prevent land occupations in Extension 29. They refused to allow hundreds of people from nearby Naledi and Waterworks to erect shacks on vacant land in the area.

Land occupations are a common story, one that governments across the country seem almost powerless to address. As lawmakers debate the expropriation of land without compensation, focusing mostly on rural properties, people in urban areas are taking matters into their own hands.

According to some observers, the frequency of land occupations has increased recently as the land issue dominates the national agenda and administrations around the country fail to meet the demand for low-cost housing. What’s happening in Protea Glen, Soweto, follows a similar pattern likely to repeat itself as the demand far outweighs supply.

Police were quick to demolish the shacks erected in Protea Glen and the occupiers scattered as residents took to the streets to keep them out of the community. Ditelo Masilo, 29, said she came from Lesotho a few months ago and was looking for a place to stay when she heard from fellow residents of Waterworks that there was vacant land in Protea Glen.

The land is owned by the City of Johannesburg and for 15 years has been earmarked for the development of housing, MEC Moiloa told eNCA. He called it a “typical failure of the private sector”. Up to 35,000 people can be accommodated, he said, but the company meant to develop the land reneged on the agreement. The issue is currently in court.

“There is no excuse for people, no matter how desperate they are, that they can then create squalor for themselves as an expression of frustration,” said the MEC. He committed to providing housing for the poor but said it must be orderly and not negatively impact an area’s current residents.

“There has to be order in that market because these people have (had their dignity impaired) already. Their rights have been abused over time. They do not have shelter over their heads – understandable. But we have to work in such a way that there is order, there is stability so that no interests must suppress the interests of the other.”

Moiloa was quick to blame the private sector, but if Protea Glen is an example of how government provides housing, the provincial administration shoulders much of the blame. The Naledi and Waterworks residents who wanted to occupy the vacant land live in backyard shacks they claim are expensive and offer a poor standard of living.

The Gauteng government has acknowledged and condemned an escalation of land and property invasions. The attempt in Protea Glen is the latest in a list of attempts to occupy unused land or property earmarked for housing. The province has a housing backlog of over 600,000 units and migrants continue to stream into the province. It’s not just a provincial challenge. Land occupations are occurring in urban areas across the country.

“One of the issues is that there is land that is available but is not being used,” he said. Molopi referred to Cape Town’s Marikana informal settlement, where thousands of shacks were erected in 2014. The Philippi East property had long been unused and people decided they would take over.

Land occupations have a long history in South Africa. EFF leader Julius Malema recently encouraged people to occupy unused land, just as squatters did in the 1940s in Soweto. The EFF has led numerous calls for occupations across the country. Shack-dwellers’ movement Abahlali baseMjondolo used its recent “UnFreedom Day” to encourage land occupations, a call it has made since 2005. The Social Justice Coalition has rallied around those who occupy land in Cape Town.

Occupations come with a host of complexities. There’s often a long backstory to a community’s interaction with an occupied property, which, as Moiloa admitted in this case, can come with its own confusion due to poor government communication.

The police are inevitably sent in to promptly destroy illegally erected shacks and enforce the rule of law, preventing an informal settlement springing up. Then comes violent protest. The state cannot simply evict occupiers and if the new residents can hold off the cops or Red Ants long enough, the state will often have to provide services or alternative accommodation.

Then there are local residents, who don’t want to live next to an informal settlement.

“You can’t put up shacks in a middle-class area which we pay for. You can’t bring a squatter camp in a developing area. Their presence will drive away business, tourists, and investment,” said Protea Glen resident Nicholas Thipe. Others said an informal settlement would reduce the prices of their properties and bring crime.

In Gauteng, the DA’s shadow housing MEC Mervyn Cirota is certain land occupations have increased recently. He says it’s due to individuals being frustrated with waiting so long to receive government housing and “politicians and otherwise” pushing the issue ahead of the 2019 elections.

Demand for affordable housing far outweighs supply and, exacerbated by debates over land, illegal occupations look set to spread. Cirota blames the ANC government for failing to address the housing backlog, which he puts at over one million units.

The provincial government has a plan. It’s starting to roll out the Mega Cities project, aiming to transform apartheid spatial patterns and eradicate informal settlements by developing new communities across the province. The R100-billion project aims to deliver 800,000 new houses. There’s also a plan to provide serviced stands for people to build their own houses.

Providing serviced stands has long been mentioned, with little follow up. Cirota said the Mega Cities project was a good idea, but government has not raised the capital needed nor provided clear details or a timeline of what would be done and when. Meanwhile, those in informal settlements that aren’t being upgraded or people living in poor quality RDP housing are looking for options.

“There needs to be better planning all round,” said Cirota, who criticised the Gauteng government for failing to spend its full housing grant last year. He claimed the DA-led administrations of Johannesburg and Tshwane were hamstrung by having to rely on the province for housing grants. He believes government can “soften the anger” if it clearly communicates and follows through on its housing plans.

Molopi said that as long as the state and the private sector fail to address the market for affordable housing people will look to the informal sector. Short-term solutions aren’t an option as the state must work with occupiers once they claim a piece of land. Government must be proactive in using land productively and upgrading existing informal settlements, said Molopi.

The frequency of occupations and the national land debate has opened up conversations around expropriating urban land for low-cost housing. Johannesburg Mayor Herman Mashaba is looking at expropriating derelict inner-city buildings, within the current limits of the Constitution, but land experts say municipalities should also look at taking peri-urban land to help restructure cities and provide housing.

Until government and the private sector come up with innovative solutions, the pattern of land occupations will likely continue and the call from Abahlali baseMjondolo and others will resonate.

“We are still being murdered in the struggle for land and dignity. Our lives still count for nothing in the eyes of the state,” its UnFreedom Day statement continued. “Our members know that the cost of land for impoverished black people is paid in suffering, blood and life. Knowing this our members continue to occupy and to hold land.” DM