Analysis: Why is the IAAF so scared of Caster Semenya w...

Why is the IAAF so scared of Caster Semenya when the sport is so desperate for a hero? 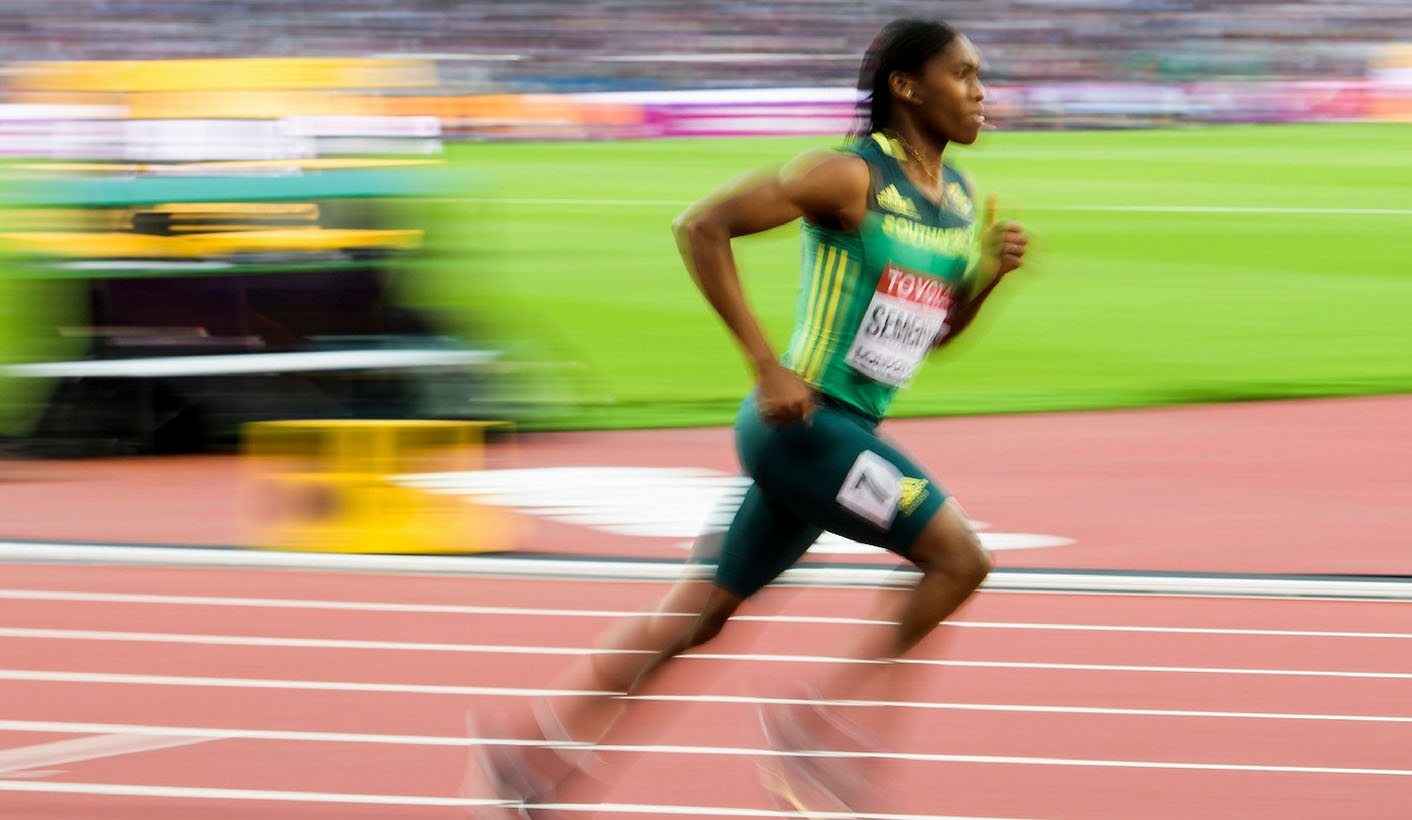 On Thursday, the IAAF confirmed that it would implement a policy where women with a higher level of naturally occurring testosterone would have to take medication or undergo surgery to reduce it. But only for certain events – those where there is no evidence that there is even an advantage.

When Usain Bolt finally called the curtain on his illustrious career, everyone knew that the sport was desperate for a new hero.

South Africa’s Wayde van Niekerk was heralded as one to take over the baton. But Van Niekerk, while exceptional, often flies under the radar somewhat. Not that there is anything wrong with that, but he is not one for show and pomp.

Caster Semenya, on the contrary, is everything that was hailed in Bolt.

She is exceptionally talented and composed as an athlete. And she knows how to put on a show.

And yet, instead of embracing Semenya, the IAAF seems to want to do nothing but stop her.

On Thursday, the IAAF confirmed that it will be introducing a new ruling that requires any athlete who has a Difference of Sexual Development (DSD) – that means her levels of circulating testosterone (in serum) are five (5) nmol/L or above and who is androgen-sensitive – to meet certain criteria, including taking medicine or undergoing surgery to manage those levels.

The confirmation wasn’t a surprise, the policy was introduced by the council last month under “levelling the playing field”.

But the policy is deeply flawed and has already been widely criticised, because it’s being arbitrarily applied to certain events – some which have shown (by the IAAF’s own research) to have no direct advantage of elevated T-levels all while ignoring events where these elevated levels have the most advantage.

The ruling could affect Semenya directly since she competes in two (800m and 1,500m) of the events that are now being regulated. The 1,500m event, incidentally, is one of the events where their studies showed testosterone doesn’t matter.

Speaking on the new policy, which will come into effect from November 2018, IAAF President Sebastian Coe said: “We want athletes to be incentivised to make the huge commitment and sacrifice required to excel in the sport, and to inspire new generations to join the sport and aspire to the same excellence.”

Maybe hours of training, time away from family and following a strict regime to be the best in the world is not considered “commitment and sacrifice” to excel in sport.

He repeated his “level playing field” comment, without any clarification on why events like hammer throw and pole vault – two sports where testosterone was shown to have the biggest percentile advantage – were not included on the list.

The policy will, in all likelihood, be challenged in the Court of Arbitration for Sport (CAS) – just like it was before by Indian sprinter Dutee Chand.

Chand successfully challenged a previously introduced ruling with similar stipulation with CAS ruling in 2015 that the IAAF suspend the policy, giving the athletics governing body two years to prove that performance levels were unfairly elevated by natural testosterone.

The methodology used by the IAAF to prove apparent advantages has also been heavily critiqued, even when the so-called evidence is taken at face value.

The IAAF does not come out of this looking good. The ruling is at best, sexist. The policy is not being applied to men, despite the advantages “naturally higher occurring levels of testosterone” might have.

At worst, the ruling is deeply racist and a gross violation of human rights. While “gender testing” is nothing new for athletics, the IAAF’s continued pursuit of women in the modern-era is grotesque.

In 2013, doctors affiliated with the IAAF published a report that shed some light into what happens when women were “investigated” under the regulation that was previously overruled by CAS.

Among other things, doctors “inspected the women’s breasts, genitals, body hair patterns, internal reproductive organs, and basic body morphology in detail, and interviewed them as to gender identity, behaviour, and sexuality”.

This kind of scrutiny is deeply problematic, especially since men would never undergo such violations.

The fact that the paper was published is deeply troubling – and it should never have happened.

More disturbing is, as pointed out by Dr Katrina Karkazis from Yale University, women who are investigated for higher natural T-levels are almost always women of colour. In a recently published paper, she noted:

“Because race is not a biological category, a biological criterion such as T-levels should be race-neutral, applying to women irrespective of ethnoracial categorisation.

“So why is there racial and regional bias in the regulation’s effects? How are race and region connected to the problem of ‘unfair advantage’ that this regulation is purportedly designed to prevent?”

She points to the language used by the IAAF when talking about the case, specifically that of Stéphane Bermon, a member of the IAAF Medical and Anti-Doping Commission.

His language has repeatedly been obsessed with how female athletes “present” as more masculine. He also once claimed that there is a “huge ethnic and area variation in prevalence of intersex”.

This was repeated by another medical researcher, Arne Ljungqvist, who is also an honorary member of the International Olympic Committee and chairman of IOC’s Medical Commission.

Ljungqvist once said: “These cases … are pretty rare. The competence is not found all over the world.”

All of these examples and the context in which they were made are made are cited in Karkazis’ paper.

The language and the thinking that it stems from is disturbing because it creates a distinct “us vs them” divide which is often jumped on by athletes in the so-called “developed” world who run times that aren’t even in the all-time top 100.

The language and the repeated policing of the bodies of women – especially women of colour – bears a chilling resemblance to how Saartjie Baartman was treated because she did not fit stereotypical Western norms.

How the IAAF plans to police this policy isn’t clear. Perhaps testosterone levels will form part of all athletes’ biological passport, but previous “indicators” listed in the 2011 by the governing body are deeply subjective.

Increased muscle mass, a deep voice and breast atrophy, amongst others, are all listed as indicators.

Some of the criteria listed – increased muscle-mass, for example – can also be down to extreme levels of training.

Scientifically speaking, there is enough evidence to suggest that not all women have the same response to the elevated T-levels. Equally, it is naive and grossly disrespectful to suggest that performing well was solely down to these advantages. If that were the case, Chand would be a world or Olympic champion.

The policy is deeply flawed, but it’s also a shot in the foot for a governing body that is just not adapting to a new world of gender fluidity.

It’s also a shame, because in a time where athletics is under pressure, it could sure do with a hero. There is nobody better than Semenya to carry that baton. It’s a shame the organisation that needs it most cannot see this. DM