Op-Ed: A sexist IAAF policy may end the career of one of the Commonwealth’s greatest female runners, Caster Semenya 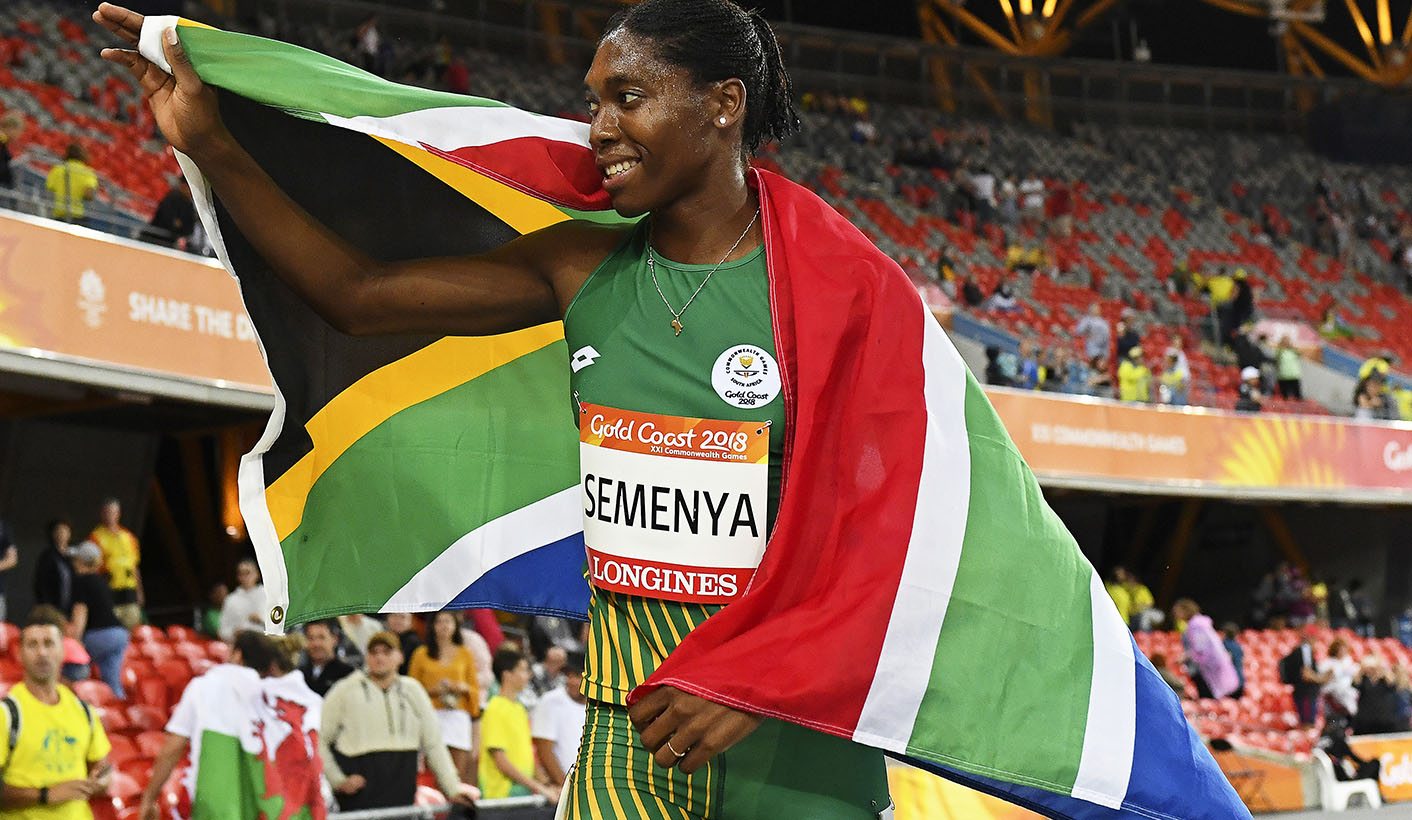 South African superstar Caster Semenya is poised this week to become the third woman in the history of the Commonwealth Games to win double gold in the 800-metre and 1,500-metre races. But a new policy on hyperandrogenism (characterised by high testosterone) may spell the end of her illustrious career. By JAIME SCHULTZ.

First published on The Conversation

The new policy on hyperandrogenism from the International Association of Athletics Federations (IAAF), which council members approved last month and takes effect in November 2018, is suspiciously selective. It applies only to women who compete in track events between 400 and 1,500 metres. These are the distances at which Semenya excels.

Weighed against other testosterone-related regulations, the new policy is not only confusing but also contradictory. Even more, the regulations suggest that testosterone is a luxury only men can afford.

Yet, without explanation, the new guidelines omit both the pole vault and hammer throw, where high-testosterone women ostensibly enjoy the greatest advantage, and add the women’s 1,500-metre race, even though it was not one of the events in which testosterone seemed to matter. The hormone, the study concluded, does not affect men in “any of the male athletic events”.

Policies that regulate women’s testosterone are part of a long history of athletics authorities attempting to establish some definitive marker of “femaleness”.

It began in the 1930s, not long after women started competing internationally in track and field. Consumed with the need to verify femaleness (but never maleness), officials moved from medical certificates in the 1940s, to gynaecological exams and visual inspections in 1966, chromosome tests from 1967 until 1992, and genetic testing from 1992 to 1999.

Each iteration of sex testing ultimately proved costly, damaging, discriminatory and ineffective. Consequently, authorities decided to stop testing all women and, instead, tested only those who seemed “suspcious”.

This is apparently what happened to Semenya who, quite publicly, underwent “gender verification” procedures at the 2009 World Championships. Although she has never confirmed that she has elevated testosterone, the IAAF’s first policy on hyperandrogenism, published in 2011, appeared to be a direct response to the controversy that surrounded her.

This 2011 policy required any female athlete who showed “high” levels of functional testosterone (10 or more nanomoles per litre of serum, to be exact), regardless of event, to either lower those levels or drop out of sport.

Indian sprinter Dutee Chand rejected both options. Barred from the 2014 Commonwealth Games on a diagnosis of hyperandrogenism, she challenged her disqualification in the Court of Arbitration for Sport (CAS).

There, arbitrators ruled that the IAAF had not shown sufficient evidence linking high testosterone to enhanced performance and could not, therefore, enforce its policy on hyperandrogenism. CAS gave the IAAF two years to prove its case.

Semenya, in contrast, won the 800-metre race in Rio and has added the 400-metre and 1,500-metre events to her impressive repertoire.

In the meantime, the IAAF scrambled to find enough evidence to dismiss Chand’s case with CAS, which is precisely what the new regulations do.

Athletic authorities have never worried about the need to define “maleness” and, aside from doping, appear unconcerned with men’s testosterone. Indeed, if a male athlete exceeded the “normal” hormonal reference range, he’d probably be revered as one studly specimen.

He responded that the question was pointless because there is no third “super male” category in sport. Women with too much testosterone aren’t “super female”, they are men – at least according to the International Olympic Committee’s 2015 “consensus statement”, which recommends that hyperandrogenic women “not eligible for female competition… should be eligible to compete in male competition”.

No one suggests that men with low testosterone should be eligible for female competition.

In fact, the World Anti-Doping Agency (WADA) allows men diagnosed with low testosterone to apply for an exemption to take synthetic testosterone, an otherwise banned substance, because they have a medical need.

In the same document, WADA stipulates (in bold font) that this exception “should not be approved for females”.

Even if a woman’s testosterone falls below a healthy limit, she is not granted the same opportunity as a man to raise it to levels commensurate with her same-sex competitors.

Trans male athletes (who transition from female to male), however, can compete hormonally unfettered. In fact, WADA maintains that the use of synthetic testosterone “is essential for completion of the anatomical and psychological transition process in female-to-male athletes”.

This means that testosterone is not just about performance enhancement, but also about one’s health and well-being. But only when it comes to men.

In a separate document, WADA insists that “there is no known indication for testosterone supplementation in transgender female athletes”.

Not true, says cyclist Kristen Worley and, in 2017, the Human Rights Tribunal of Ontario in Canada concurred.

Worley, who prefers the term XY female, produces almost no natural testosterone (or oestrogen, for that matter) as a result of gender confirmation surgery. She charged three major cycling bodies, including the Union Cycliste Internationale, with sex discrimination for not allowing her the sufficient use of synthetic testosterone during her racing career.

This wasn’t merely a sport issue, Worley explained. Testosterone is responsible for “over 200 daily functions in the human body”, and she was in “complete hormone deprivation”.

In the end, the cycling federations agreed to review and revise their regulations and “adopt policies and guidelines that are based in objective scientific research”.

Not a bad idea. Perhaps the IAAF should consider a similar commitment.

Until then, we may be left with a sport without Caster Semenya, or at least the same Caster Semenya who continues to set new standards of excellence in women’s track and field.

Underneath all this are questions about whether and how to maintain sex segregation in sport. Since the 1930s, sport has made a mess of sex. Maybe it’s time sex made a mess of sport. Come to think of it, it already has. DM