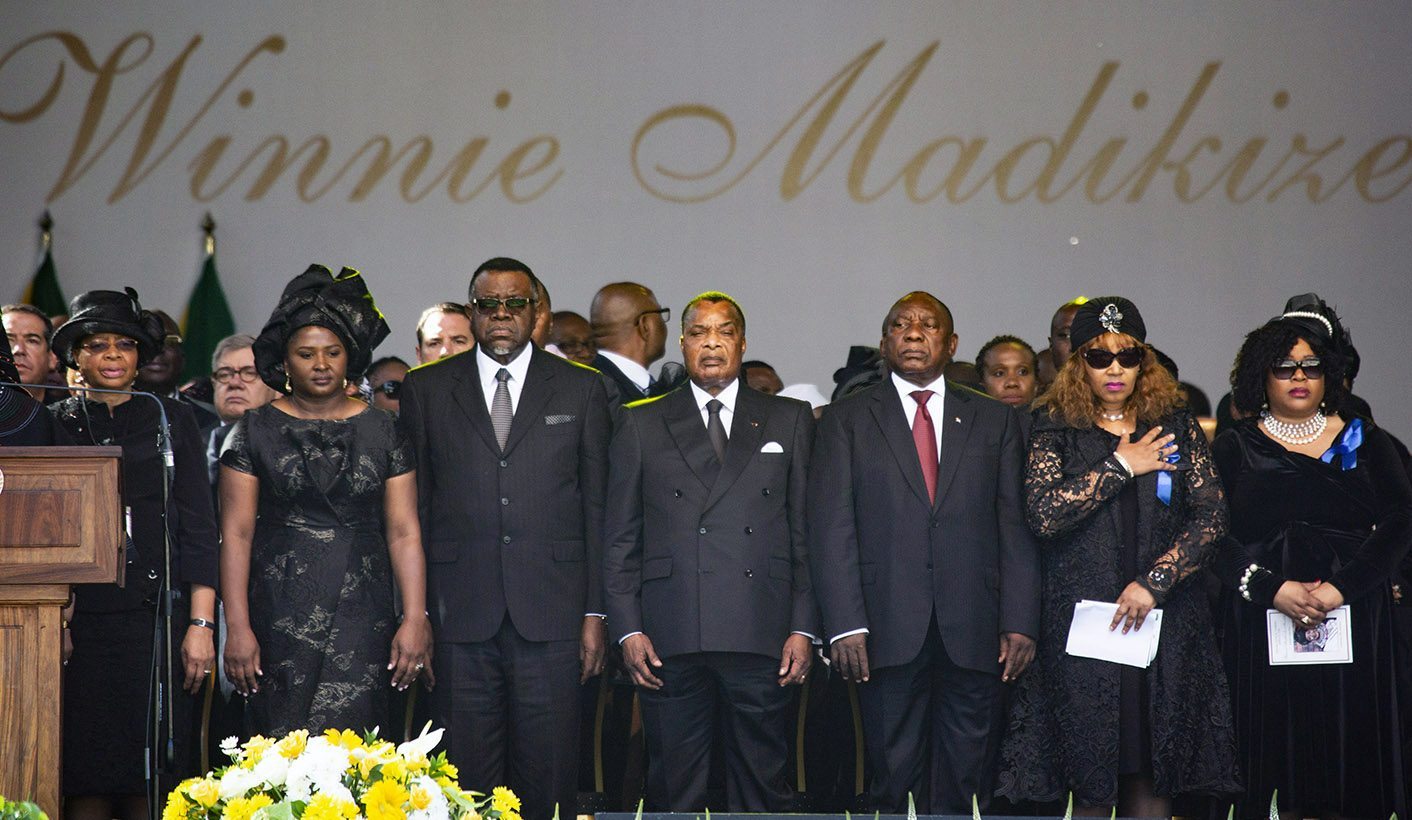 Mourners who attended the funeral service of Winnie Madikizela-Mandela at Orlando Stadium on Saturday reflect on how the Struggle icon touched their lives. By ORATENG LEPODISE.

During the political turmoil of the 1980s, anti-apartheid activist Vusi Mkhabane fled from his Free State home in Botshabelo to seek refuge at Winnie Madikizela-Mandela’s home in Soweto.

“Mama was a good person, I used to live with her – in December 1986 to April 1988,” said Mkhabane, who travelled from Free State to attend the funeral.

“Mama Winnie would encourage us to go attend school and not leave the country to join the ANC’s military wing, Umkhonto because she used to say she wanted educated leaders,” said Mkhabane.

According to Mkhabane, Madikizela-Mandela used to talk to the Detainees Parents Support Committee to try and encourage the parents of political detainees to get their children to return to school and get an education.

“Even when she was locked into her house in Brandfort {in the Free State} and she was not allowed to talk to anyone, she would give us food through a feeding scheme. From these feeding schemes we would get a political education,” said Mkhabane.

Mkhabane will forever see the former struggle ANC stalwart as an inspirational figure to the people of the Free State.

Photo: The official funeral for Winnie Madikizela-Mandela at the Orlando stadium in Soweto, 14 April 2018. Photo by Leila Dougan

Another mourner, Mpho Moselane from North West, said that even though she was not present during apartheid, Madikizela-Mandela will always be a symbol of how strong a black woman is.

“It is sad that she had to pass away without some of us her. After {a recent} documentary of Winnie came out it feels like everything I’ve ever been taught or known about the struggle is a lie,” she said.

“She was a humble soul, no matter how far out of their way people will go to tarnish and discredit her name, she never tried to … make us see that whatever is being said about her is all lies,” said Moselane.

Tembisa resident Simphiwe Nzekeni said: “We are here for mama, there is a lot she has done for us and the struggle will still continue. She will still be the voice of the people.

“I was not aware of what she has done for us and I am still shocked after I learned the truth about the extent to which she went to fight for us, – being a black woman in a male-dominated country.”

An MK Military Veterans Association member who asked to remain anonymous said: “Apart from her being an icon, she was also the MKMVA zone 11 Johannesburg region ex-official. “

He said that it was unfortunate that Madikizela-Mandela was too ill to attend the funeral service of the chairperson of Zone 11 a week before her death.

According to this MKMVA member, they used to go to Madikizela-Mandela for advice and she was always committed to them all celebrating New Year’s Eve at her house. She was also always called upon for political advice.

“Mama never depended on anyone but the members of the MKMVA zone 11 her zone for close protection, because she did not believe in getting an outsider to protect her. She had trust in the MKMVA members from her zone,” said the member.

Tsholofelo Senwedi, from Taung in the North West, said: “I would like to pay my last respects to the mother of the nation. I am so sorry that we were blindsided about what really happened to you, but nevertheless thank you for the inspiration you have been to us as the youth, thank you for encouraging us to get an education because it is hard for a black woman to make it in this world full of vultures. You shall forever be a role model to us as young women of South Africa.”

Madikizela-Mandela passed away, aged 81, on 2 April 2018 after being admitted to Milpark Hospital. She will be laid to rest on Saturday afternoon. DM

Main Photo: President Cyril Ramaphosa stands alongside family members and dignitaries at the official funeral for Winnie Madikizela-Mandela at the Orlando stadium in Soweto, 14 April 2018. Photo by Leila Dougan