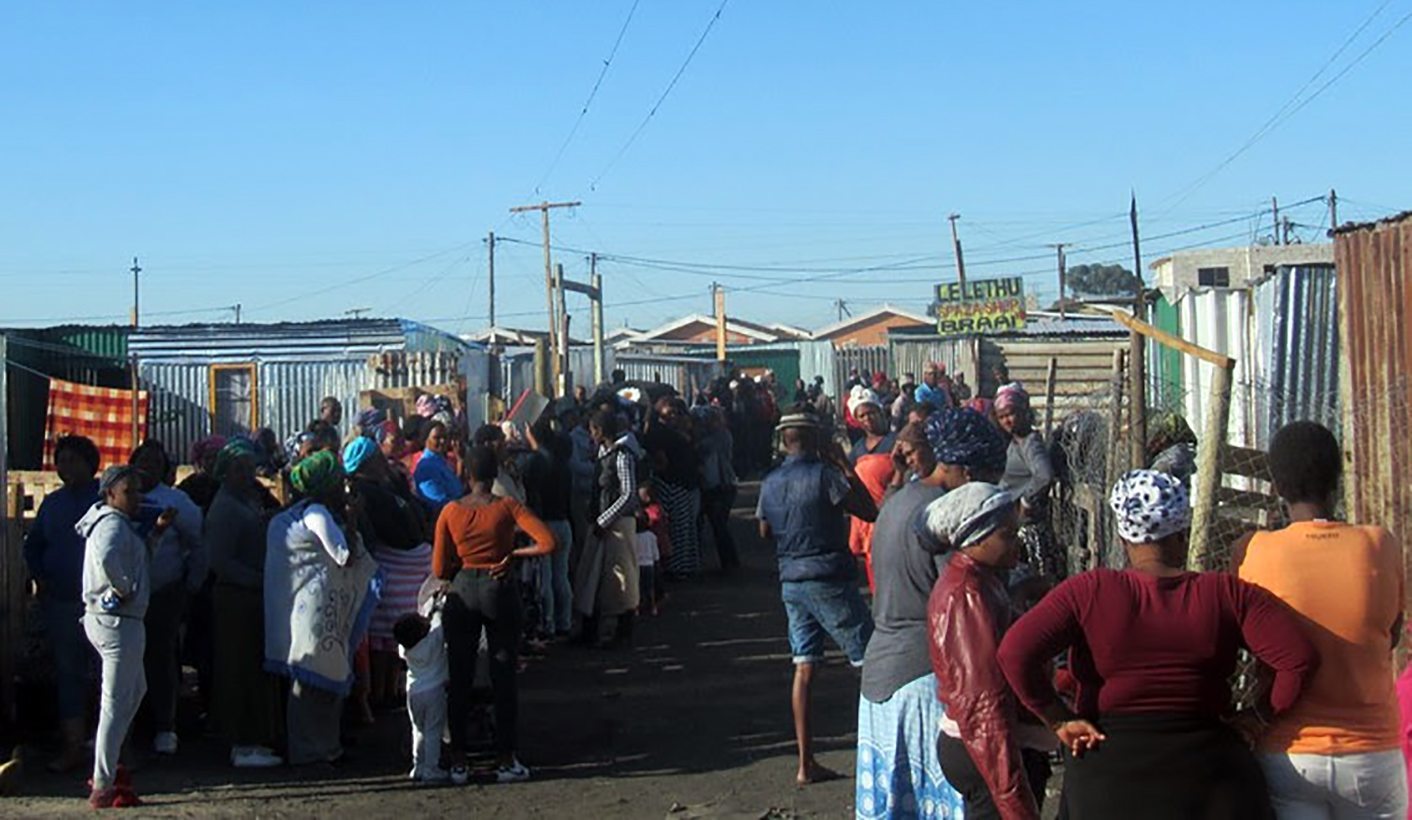 Land occupiers in Philippi, Cape Town are threatening to defy a court order ordering them to move. By Bernard Chiguvare for GROUNDUP.

About 400 people have occupied ERF 12718 in Philippi in January. They have called their new informal settlement Siyangena (“We’re going in”). The land, situated between Philippi shopping centre and Betterlife, is owned by the Oasis Crescent property company.

Oasis obtained a court order against the occupiers on 20 March from the Western Cape High Court. The order gives the go-ahead for the sheriff, with the South African Police Service, to remove the occupiers if they do not leave.

The occupiers clashed with police in February. Most were renting shacks in the back yards of formal house-owners in Philippi. Backyarders we spoke to said they could no longer afford paying the rentals they were being charged and so they took part in the occupation in order to build shacks on land they hope to call their own.

“We are not going to go anywhere, no matter if the police come in full force. The land has not been in use for many years while we are living like rats as backyarders in Philippi. We are not going down without a fight.”

According to the occupiers the land was overgrown with bushes.

“We also decided to occupy this land because it was a hot spot for rape and robbery,” said Ludidi.

Ludidi said that the sheriff had told the occupiers they have until Thursday 12 April to move. So some of the occupiers decided not to go to work on Thursday.

“I informed my employer that I will not be reporting for work today. I cannot take chances leaving my children and our belongings unattended. Now the challenge is if I do not clock in at work it means I am not going to be paid. I am likely to lose several days’ payment because I am not sure when the authorities will come to destroy our shacks,” said Bongani (surname withheld at his request), who works as a security guard in Bellville.

Bongani had been living in Philippi as a backyarder for four years.

“My landlord is now extending the house so he asked me to find an alternative. I have nowhere to go. I thought this could be my permanent home. If they destroy our shacks then I would go and live in the streets with my wife and two children,” he said.

Babonisile Zilwa, who is 61, said he owned a house in Khayelitsha but it was repossessed in 2000 after he became unemployed and could not repay his bond. He has been renting as a backyarder in Philippi since then. He said he took part in the occupation because he wanted a place he could call his own.

Meanwhile the members of the community marched up and down the land, ready to fight with the police or any officials who come to demolish their shacks. DM