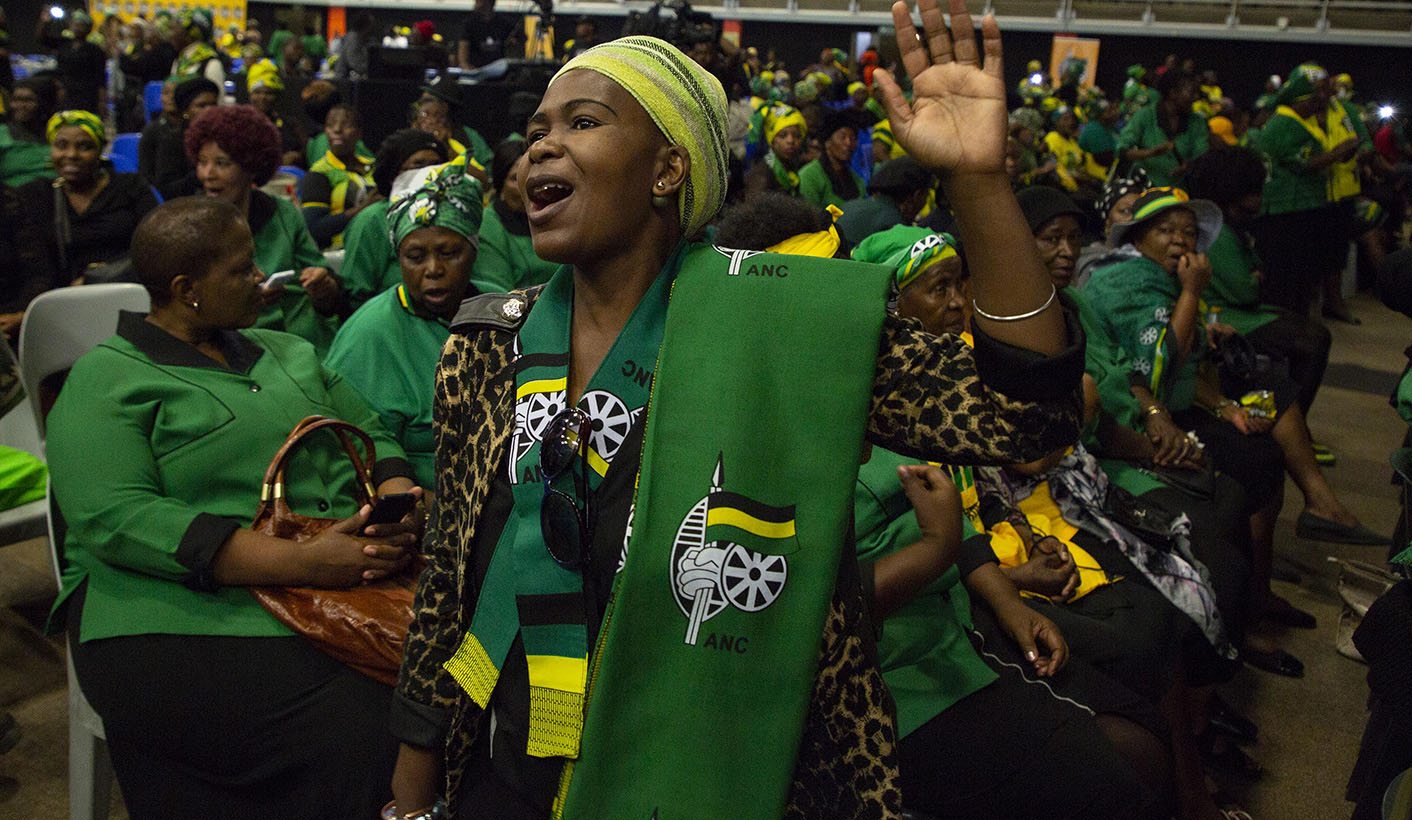 A crowd of ANC mourners rejected the singing of a song that paid tribute to former president Jacob Zuma – among other leaders – at the University of Johannesburg during Winnie Madikizela-Mandela’s memorial service on Monday afternoon. Party members immediately ordered that the song be cut off, a call that was promptly heeded. By BHEKI SIMELANE & ORATENG LEPODISE.

A crowd of ANC mourners on Monday rejected the singing of a song which referred to former president Jacob Zuma. The scene unfolded at the University of Johannesburg Soweto Campus during the memorial service of late Struggle icon Winnie Madikizela-Mandela.

An hour after the event was supposed to have begun, the crowd seated on the left top seats of the Soweto campus hall ordered the music that was blaring through the speakers to be cut. They rose to their feet and protested. The name of the Zulu struggle song, Sivotela Unxamalala, means “We vote for Nxamalala:, which is Zuma’s clan name.

Another incident during the otherwise sombre occasion was a near stampede at the entrance to the University of Johannesburg hall at the start of the service. Spirited ANC members honoured the fallen hero with song and dance ahead of Madikizela-Mandela’s funeral at the weekend, and as events to honour her across the country gain momentum.

If there was a way to honour Madikizela-Mandela, none would resonate more with her political legacy than celebrating her in song. This is exactly how ANC members who packed the UJ hall honoured the woman whose heroics earned her the title of Mother of the Nation.

As the singing continued, a picture of Madikizela-Mandela was beamed across the hall. Madikizela-Mandela, who died aged 81, remains a beacon of hope for many South Africans. She put up a valiant fight when her party’s leaders were persecuted and jailed during apartheid.

“It’s painful to have lost Mama Winnie. We’ve lost not only a political leader but also a religious leader. That’s why we sacrificed everything to be here today. We know the role Mama Winnie played in all our lives,” the Holy Christian Church’s Bishop Samuel Mathikga said.

The ANC Youth League said Madikizela-Mandela should be honoured with the highest order, and that this was long overdue.

The league’s Sifiso Mtsweni said: “We call on the ANC to honour Mama Winnie Madikizela-Mandela with the ANC’s highest honour, Isitwalandwe in the next January 8 statement,” said Mtsweni.

Former president Jacob Zuma was not the only former ANC leader against whom ANC supporters showed their frustrations. The Congress of South African Students (Cosas) had a few choice words for former president Thabo Mbeki. Mbeki was chastised for calling Madikizela-Mandela a populist.

“We will be on president Mbeki’s neck until he apologises,” Cosas’s John Macheke said.

The ANC’s Fikile Mbalula reprimanded Cosas, telling them that he also used to be wayward and used to answer back when elders spoke. Mbalula said Cosas should leave Mbeki alone and show some respect. Mbalula said even in politics respect is very important.

“The person we are bidding farewell to was a giant, she was gigantic, she was a boomerang, she was a titanic,” said Mbalula.

“She was beyond doubt militant. She was a scholar who was grounded in national politics,” Mamabolo said.

“The family could not be here today because they are busy with other arrangements,” said Mathanzima.

On behalf of the family, Mathanzima thanked the country, particularly the people of Gauteng where Madikizela-Mandela spent most of her time.

Snuki Zikalala, who had worked with Madikizela-Mandela since the 1960s, said the party’s organisation in that decade would not have been possible without Madikizela-Mandela. He recalled May 1969 when many political activists were rounded up under oppressive apartheid laws.

“She will always be remembered in her contribution to the Struggle,” said Zikalala.

“Leadership is not about status and occupying high seats, it’s about being amongst the people,” ANC General-Secretary Ace Magashule said.

“She was there in the trenches, she herself trained as a soldier, and that’s why maybe she lived and died in Orlando. In the township.”

He said there were no perfect leaders. He urged members not to use “memorial services of our organisation to attack other leaders”. DM