Op-Ed: To solve the real land problem, we might have to change the Constitution – but not the property clause 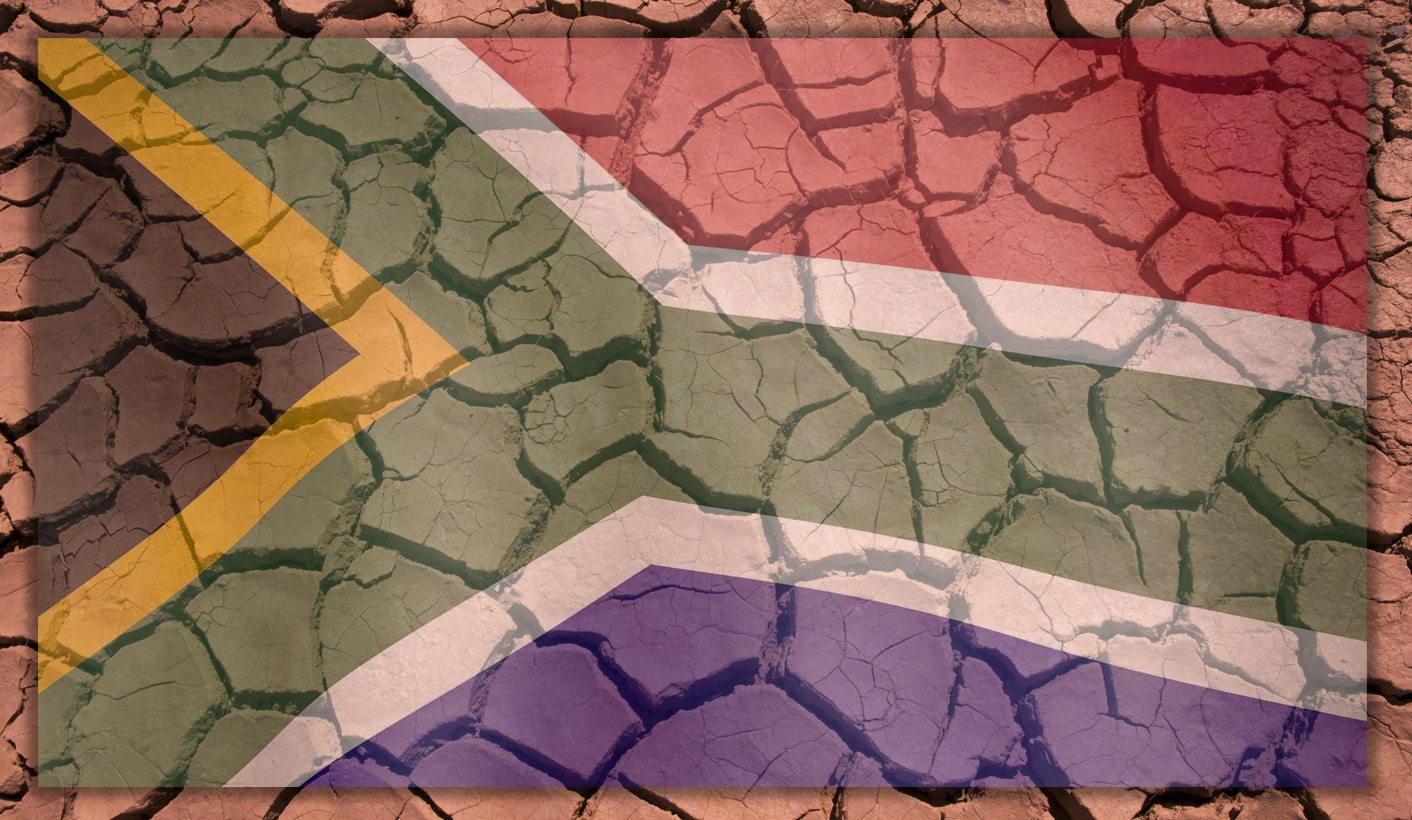 The Constitution may present significant hurdles to the important question of urban land reform. The position of local government in the Constitution needs revisiting. By DIRK DE VOS.

In a thoughtful and wide ranging interview, Dr Ruth Hall of the South African Institute for Poverty, Land and Agrarian Studies at the University of the Western Cape makes a telling point. Land reform has become equated with farming whereas the most pressing land hunger in this country is for well located land in our growing cities.

There is evidence to support that view. According to a study done by the Department of Social Development in 2015, more than 62% of South Africans lived in urban areas in 2011 and the trend towards greater urbanisation is continuing apace.

By 2050, it is expected that 77% of South Africans will live in urban areas. Already, urban areas generate as much as 85% of all economic activity.

Overwhelmingly, most of the illegal land occupations that we see are those that take place in urban, and not rural, areas. It is therefore critical that we address the apartheid spatial patterns that characterise our cities which have become worse as informal settlements mushroom on the peripheries of our cities.

The link between economic growth and increased productivity of labour is accepted by just about everyone. Consider, in purely economic terms, (leaving aside the human toll of foregone family and social life) of a commuter living in an informal settlement on the outskirts and commuting to work in the centre.

In a paper by an economist, Professor Andrew Kerr from the University of Cape Town, the example of someone, probably unskilled, earning a monthly income of R3,000 per month is used to illustrate the point.

Based on a 40-hour work week (eight hours a day), the wages of this worker come to about R17.30/hour. Add in commuting costs of, say, R300/month, and the wage reduces to R15.70/hour. Add in a two-hour commute to and from work (the average daily commute for black South Africans is 88 minutes per day) and the wage for a 10-hour work day goes down to R12.50 per hour. Professor Kerr likens this 27% cost to the worker in the example to a kind of tax on the poor.

There are real tax implications for ordinary taxpayers as well. Prasa, the commuter rail operator with total operating costs of around R11-billion per annum, generates just under R3.8-billion from ticket sales (or 34% of operational revenue). The balance is covered by the fiscus via direct subsidies and covering the large losses Prasa makes each year.

Fares generated by the BRT systems in Johannesburg and Cape Town cover just 30% and 40% of the total costs of running them. Municipal bus systems recover even less of running costs from fares. Apartheid spatial planning and relatively low densities reduce the efficiency of the whole public transport system. In 2015, public transport subsidies across the country amounted to over R17-billion per annum.

The ANC, prompted by its resolutions at the Nasrec conference and pressure from the EFF, takes the view that the failure to transfer enough land to back people via land reform or land restitution is a result of section 25, the property clause in the Constitution. Parliament approved a resolution to investigate changing the Constitution. Dr Hall and others have convincingly shown that while there has been a widespread failure in rural land reform, it has little to do with the Constitution.

The Constitution may however present significant hurdles to the more important question of urban land reform. The position of local government in the Constitution needs revisiting.

Briefly, the Constitution has three spheres (not hierarchical levels) of government: the national, provincial and local spheres. The powers reserved or shared by each sphere are set out in schedules 4 and 5 of the Constitution. While the allocation of some of the exclusive powers to each sphere make sense, far too many of these appear to be randomly allocated as an after-thought. Further, while metro local governments have some additional powers, the extent of these are very limited.

The Constitution supposedly addresses this with its Chapter 3, dealing with co-operative governance, but it is very clunky and does not work. It is a bit like a workman lugging around three toolboxes chained together to do a simple job. For example, the City of Cape Town must maintain fire services but cannot co-ordinate disaster relief – a national function falling under the Department of Social Development.

Water provision, electricity, housing, health, roads and others are also split between different spheres. The City of Johannesburg, a local government, contains within it a GDP that is bigger than the whole of the Western Cape’s GDP – it’s the third biggest province by GDP and more than double the size of that of the next biggest province, the Eastern Cape, but its powers are not significantly greater than those of a rural district municipality.

Section 214, equitable shares and allocations of revenue, directs how government revenues should be allocated among different spheres and how it should be spent. The body responsible for this is the commission established by the Intergovernmental Fiscal Relations Act and the outcome is an annual Division of Revenues Act passed each year by parliament.

The 2018 budget forecasts total tax revenues of R1.345-trillion. Almost all tax collected in South Africa is collected by SARS, whose statistics for the 2016/17 year show the following:

While taxes on wealth such as inheritance tax and capital gains tax are included in the above, almost all the taxes collected are on income or on a transaction.

The tax haul is then distributed to the different spheres via a division of revenue formula based on the cost of the functions that they perform. Most of the provincial allocation is for primary health, primary education and provincial roads.

In 2017 all local governments spent just under R400 billion. The eight largest metros accounted for R231-billion of this and the 19 secondary cities an additional R56.2-billion.

The largest part of metro and city budgets is made up of service charges, namely the sale of electricity, water and sanitation charges. While sales of electricity have generated a roughly 10% surplus, revenues from services are roughly equal to the cost of providing them.

Other than revenue from the equitable allocations of nationally raised revenue, local government has its own additional taxing powers. In terms of the Constitution and the Municipal Property Rates Act local government raises revenues based on property valuations within their jurisdiction. Across all local government, this raises an additional R52-billion per annum. This is a tax on assets, not income.

Using the City of Johannesburg 2017 budget as an example:

Its total cash receipts amounted to about R46.2-billion. Roughly R22-billion was from service charges. Revenues from national and provincial government via the equitable share amounted to R10.2-billion and property taxes brought in R7.9-billion.

As property rates are a tax on wealth connected to the value of a property, cities have an incentive, via zoning and other rules, to protect the value of properties. This may also serve to disincentivise densification and the creation of mixed-income suburbs that might impact on their tax base. The benefits of economic growth generated in one of our metros from better spatial patterns accrue to the whole country but the city government concerned, or its budget, does not retain this benefit itself.

These incentives and disincentives might also have a hidden hand in other decisions. Take the decision of the City of Cape Town to sell the Tafelberg site in Sea Point to developers for R135-million instead of developing badly needed low-cost housing in the area.

But building social housing (rental stock) for low-income residents only creates a financial liability for the city and it would need to be compensated for this from national government to make financial sense. Social housing might also affect the value of nearby properties and would have to remain as rental stock forever. Should the government in future decide to sell or transfer ownership of this rental stock to tenants, these units would have a relatively high market and therefore municipal value and be subject to relatively unaffordable municipal rates.

There is an argument that South Africa’s metros should run far more than the Constitution allows. For this to happen, the powers of the different spheres of government set out in schedules 4 and 5 to the Constitution would need to be rejigged. Furthermore, cities would need to diversify their tax base and be allowed to retain some portion of the income or indirect taxes that are generated within their area of jurisdiction, but this would be a violation of an ordinary reading of section 214 of the Constitution.

Access to well-situated land is a national problem but each South African needing land needs it in a specific local area. Our cities, where the biggest land hunger exists, are the best placed to do it, but they need the incentives to make it happen.

If we want to tackle the real land issue, we could look at changing the Constitution, but not section 25 – the so-called property clause, but section 214, which deals with the way in which our cities are funded. DM