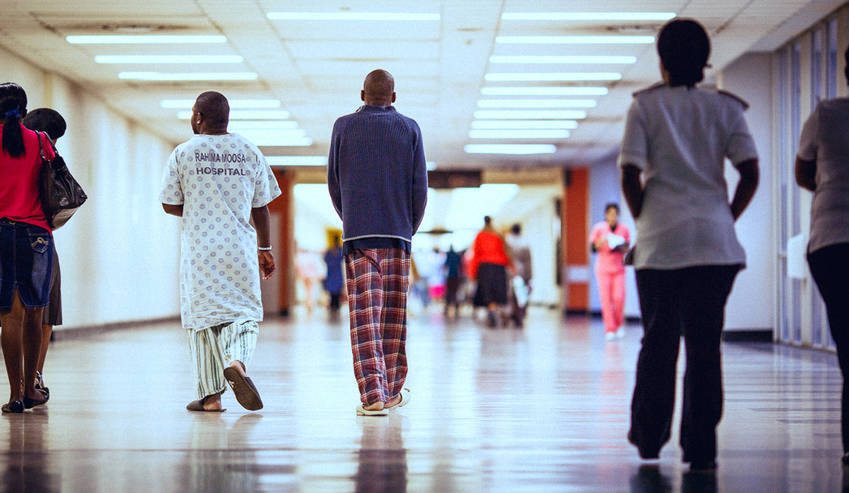 On Wednesday the Gauteng provincial SAHRC (South African Human Rights Commission) held a discussion on the access of health care services for migrants in South Africa.

According to the SAHRC, access to health care for migrants is hindered by the conflation of the various categories of migrants and their respective rights and entitlements, this then results to all migrants being treated as either economic migrants or as illegal migrants who have little to no legal entitlements to socio-economic rights, such as the right to proper health care.

“This is notwithstanding the fact that migrants fall under various categories with varying legal claims,” said Phillip Molekoa, an advocacy officer for the SAHRC Gauteng office.

“South Africa has a progressive refugee policy which affords refugees the same legal entitlements as South Africans, save for political rights. These rights are similarly extended to asylum seekers with a few limitations,” said Molekoa.

According to the Refugee Act, a refugee has the right to the same basic health services and primary education which the inhabitants of the Republic receive; however the act does not include asylum seekers or any other foreign nationals. But according to the SAHRC the asylum seekers are entitled to basic health care and primary education by virtue of the constitutional provision.

There have been cases where migrants have been denied health care services around Gauteng due to their nationality, due to the fact that they did not have the required documentation or did not have money up front to pay for the service.

One example the SAHRC gave was an incident in June 2017 where a pregnant migrant had to give birth at the Gautrain Park Station after being denied health care services from three local government hospitals. Another example was of a three-year-old boy from Zimbabwe whose mother had to sign admission of debt of R90,000 at Charlotte Maxeke Johannesburg Academic Hospital before the boy could have any form of surgery.

The SAHRC accused South African public hospitals and clinics of not giving refugees and asylum seekers their right to proper health care in general and also in terms of foreign nationals accessing anti-retroviral treatment.

Medard Abenege from the African Diaspora Forum said: “Migrants with chronic diseases such as HIV, or diabetes are being pushed down to the back of the queue when they go to hospital.”

Another issue migrants face when requiring health care services in South Africa is the lack of proper documentation or lack of any documentation.

The SAHRC argues that no one can be denied emergency health care services. “It therefore stands to reason that one’s legal status should not be used as a reason to deny an undocumented person access to basic health care services in South Africa,” said Molekoa.

“In this way, the legal authority has been inappropriately placed into the hands of hospital administrators who are neither adequately equipped, nor legally empowered to decide people’s legal status in the country,” said Molekoa.

Some of the challenges that migrants are faced with when dealing with hospital are (but not limited to):

Dr Richard Lebothe from the Gauteng department of health said: “Due to stretched health care resources access to health care services for all is a challenge that needs to be planned for adequately using valid evidence.”

According to Lebothe all foreign nationals, except asylum seekers and refugees, accessing health care in the province have been classified as full paying patients.

According to Lebothe the department is strengthen information systems and front line services by:

“Because of non-documentation the department cannot do adequate planning,” said Lebothe. DM