Op-Ed: Why Australia’s offer of humanitarian protection to white SA farmers is distasteful and smacks of racism 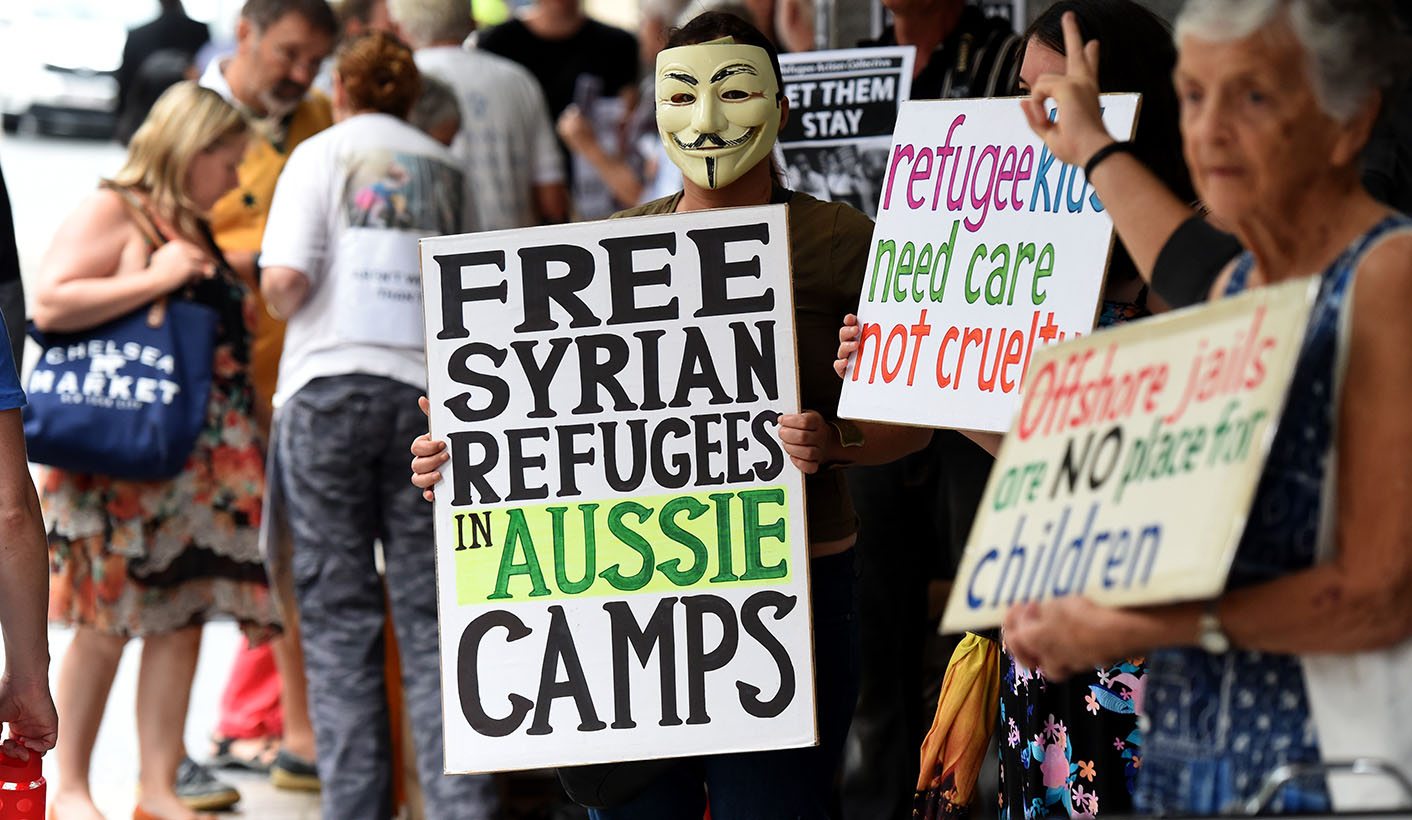 Australia has detained asylum seekers for years on remote Pacific Ocean Island, Nauru, yet is now proclaiming to offer humanitarian protection to white South African farmers who face neither oppression nor persecution by their government. The racist undertones of Australia’s position is distasteful and has caused a diplomatic row between Canberra and Pretoria. By KAAJAL RAMJATHAN-KEOGH.

The world finds itself in the midst of a humanitarian crisis with the greatest number of displaced persons and refugees since World War II. There were a record 22.5-million refugees worldwide in 2016. According to the UNHCR, Australia houses 71,778 asylum seekers and refugees while South Africa houses 309, 342. Australia’s approach in recent years has been to punish people seeking asylum, while increasing the number of refugees it resettles. Australia has wasted billions of dollars detaining asylum seekers offshore, caused great damage to thousands of people, and has been condemned for its refugee policies by the international community.

Australia has detained asylum seekers for years on remote Pacific Ocean Island, Nauru, yet is now proclaiming to offer humanitarian protection to white South African farmers who face neither oppression nor persecution by their government. The racist undertones of Australia’s position is distasteful and has caused a diplomatic row between Canberra and Pretoria.

Minister Peter Dutton argued that this move would allow white South African farmers to flee their “horrific circumstances” for a “civilised country”. These statements were made in the context of conversations about redistribution of South African lands without compensation to black citizens. He added:

“We want people who want to come here, abide by our laws, integrate into our society, work hard, not lead a life on welfare. And I think these people deserve special attention and we’re certainly applying that special attention now.”

Dutton appears to have a case of amnesia with regard to how his government treats persons fleeing persecution and who are genuinely in need of international protection. There is a stark difference between those asylum seekers and white farmers.

The controversial remarks were made within the context of current South African debates around “land redistribution without compensation”. Land restitution was one of the promises made by the African National Congress when it came to power in South Africa in 1994. This land policy was intended to redress land confiscations which occurred during the colonial and apartheid era. This policy was confirmed by President Cyril Ramaphosa during his inaugural State of the Nation Address in February 2018.

Raising immigration issues has been an election strategy for conservative Australian political parties and these moves appear to be playing into an election agenda.

Dutton has defended his government’s offshore processing policy and stubbornly argues that Australia should not accept refugees who would burden their social services. As a result of this policy, thousands of asylum seekers from the Middle East and Southeast Asia have been detained in offshore facilities for years. Interestingly, asylum seekers arriving by plane are not subjected to the same mandatory detention.

In 2017, Australia agreed to pay US$53-million settlement to asylum seekers detained on Manus Island in Papua New Guinea for physical and psychological injuries sustained and for unlawful imprisonment. This same Australian government now claims to be interested in the plight of white farmers in South Africa and has offered to fast-track visas for them. What accounts for the difference in approach to these persons compared to those who have sought and are still seeking asylum in Australia?

Earlier in the year and akin to similar views held by Johannesburg mayor, Herman Mashaba, Dutton blamed African migrants for a rise in crime in Melbourne. Again very similar to crime statistics in South Africa, Australian crime statistics data showed no such correlation between crime and immigration. A case of your racism, our xenophobia, in play?

White South Africans have been leaving the country for several years but it is uncertain that they can show persecution on the basis of race, religion, nationality, membership of a particular social group or political opinion to successfully claim asylum on the basis that their country is unwilling or unable to protect them. A reported case of a white family seeking asylum in Canada, on the basis that they were persecuted for being white in a majority black country, was rejected in 2017 by the Canadian Immigration and Refugee Board.

It is accordingly unconscionable for Australia to justify its ongoing offshore mandatory detention policies while seeking to allow white South African farmers to settle and integrate into Australia.

What is very clear from Australia’s position, however, is that it does have the capacity to take on many more genuine refugees facing persecution in countries such as Syria, Afghanistan, Somalia and Myanmar, and must be pushed to do so.

And if the real reason for these moves is to score votes at the next general election, this position is as repulsive and nauseating as their “pacific solution policy”. DM

Photo: Pro-refugees protesters rally outside the Immigration Office in Brisbane, Australia, 05 February 2016. The protest comes days after a High Court ruling that paves the way for 267 asylum seekers, including babies, to be deported to Nauru. Photo: EPA/Dan Peled