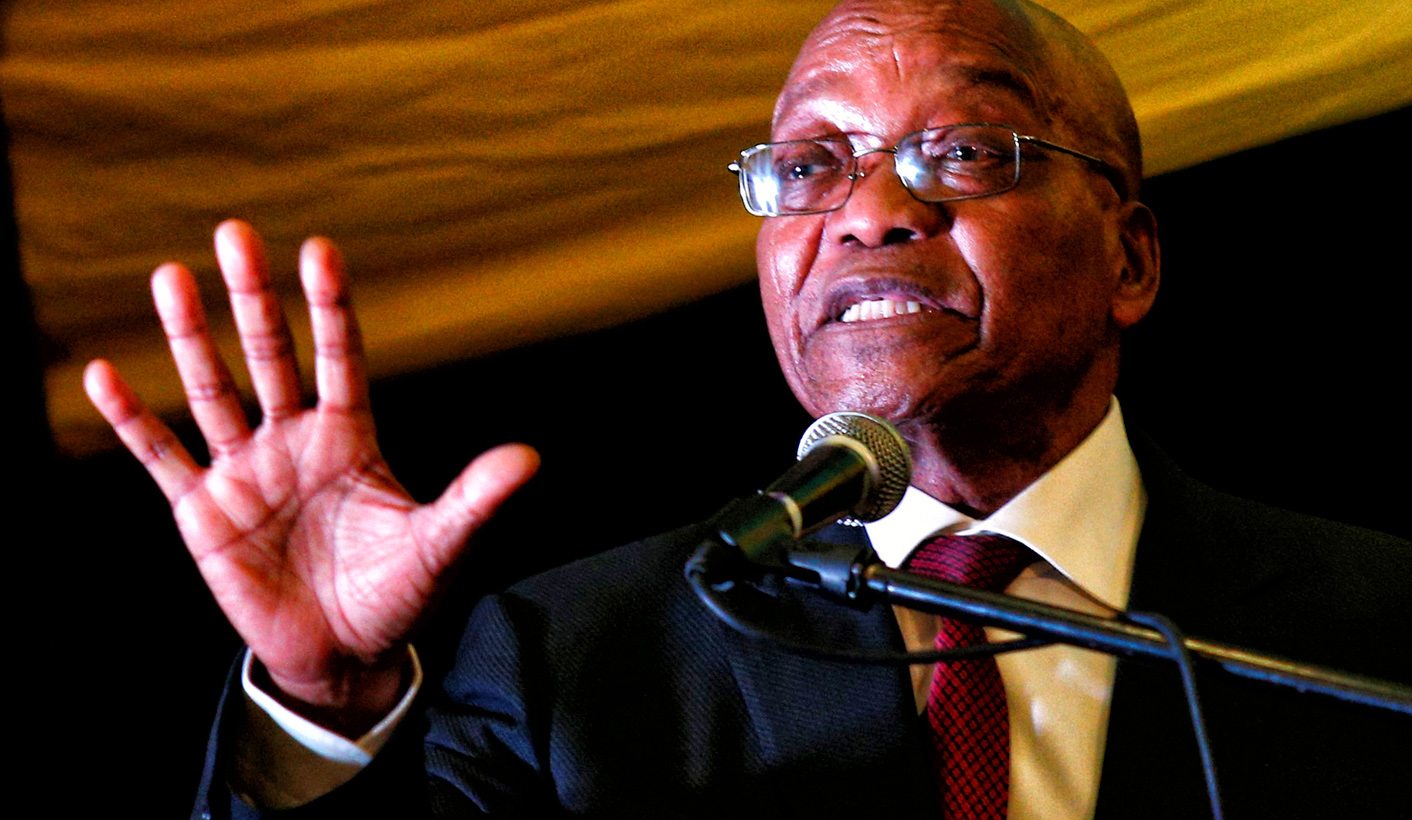 On Friday Advocate Shaun Abrahams did the only thing he could possibly do and said that the National Prosecuting Authority would go ahead with the case against former President Jacob Zuma. Finally, the wrong committed by then acting NPA head Mokotedi Mpshe in 2009 was righted. The decision means that Zuma will now have to appear in a court at some stage, and there will be long and intense legal proceedings. But there will also be important political ramifications. Will it threaten President Cyril Ramaphosa’s political agenda? By STEPHEN GROOTES.

In the run-up to Friday’s announcement, Shaun Abrahams simply ran out of any other choices. Already, he is a hate-figure in our society. He may disagree with that, and will certainly believe that he bears no responsibility for what has happened over the last few years, but his inaction belies it all. If he had gone the other way in this decision, he would have been dragged off to court. A judge would have ruled against him within weeks, and the DA would have started another action to remove him. But, perhaps more important for Abrahams, he realised that the only way he can retain some modicum of self-respect is to claim later, when the histories are being written, that he was the one to charge Zuma. It will be nonsense, of course, and it will not absolve him in the least, but he will be able to cling to it to while trying to piece together something resembling a reputation.

Mokotedi Mpshe was another NPA boss whose reputation was savaged on Friday. He tried to defend his decision in his Radio 702 interview, claiming that while every single judge who has heard this case said it was the wrong decision, and even if it has now been formally overturned, he was still right because his decision to drop the charges was correct at that moment in time and that was what the circumstances demanded. He also, improbably, denied that he was put under any undue pressure or that he spoke to anyone in the ANC about it in an improper way. He simply refused to accept that he had done anything wrong.

Former NPA head Advocate Vusi Pikoli was asked about Mpshe, but in an oblique manner. Essentially, if someone got a decision this important wrong, went the question, and every single judge disagreed with it, should he bear some responsibility? Pikoli said it should be a moment for introspection on the part of the person who had made the decision.

The legal action will now move to the court. Zuma will undoubtedly bring legal application after legal application to try to stop, or delay, the prosecution. The key moment to the timing is whether or not a trial judge gets to start the actual trial. Once a judge gets in charge of it, they will control the timing. Until then, Zuma will use every legal dodge in the book, and quite possibly create some new ones – there is a rich body of evidence created over the last decade that points to that direction.

However, some of his strategy will surely be political. Already, by Sunday morning, the papers were quoting people like the Umkhonto weSizwe Military Veterans Association’s Karl Niehaus (of all people) as claiming that they will defend him, while Andile Lungisa and Tony Yengeni were tweeting their support as well. In some ways, the real question is whether the ANC itself, or any of its formal structures, will organise support for Zuma in the way they did back in 2008 and 2009. Back then, people like then ANC secretary-general Kgalema Motlanthe, SACP general secretary Blade Nzimande and then Cosatu general secretary Zwelinzima Vavi led the singing.

It will surely be different now.

But every single ANC leader will have their own decision to make about what they do. Ramaphosa will probably leave it well alone and make a comment about how the law must take its course. Current Secretary-General Ace Magashule will be in a particularly interesting position. If he goes, he will be a major part of the story. If he doesn’t, it could look like he’s abandoned a man he claimed to support, simply because he is no longer the leader, even as many others have already done the same.

Perhaps the most interesting person is the leader of the ANC in KwaZulu-Natal, Sihle Zikalala. He will face a new election for the position after the provincial leadership was disbanded. If he goes to Zuma’s trial, he will clearly be supporting perhaps the biggest political force ever to emerge out of the region. But it could also upset the ANC’s national executive committee at a sensitive time. If he doesn’t go, as with Magashule, he would be abandoning the man to whom he owes his political career…

And we’re back to the same problem that the ANC has had for over a decade. How can it claim to both be fighting corruption and supporting someone accused of corruption?

All of this could have two effects. The first is that this could be a useful gathering or focal point for those who still support Zuma to coalesce around. In other words, it could be the start of a bigger campaign to push back against Ramaphosa’s leadership in the ANC. But it could also be a helpful tool for the ANC president to identify, and then isolate, those who are still supporting Zuma. In other words, it will be very clear, if it isn’t already, who his enemies are. That could provide some useful leverage for Ramaphosa, should he ever need it.

However, the other problem for the ANC is that this is the perfect gift for a politician. Mmusi Maimane may have broken the law against drinking in public right outside the NPA’s Silverton headquarters on Friday, but he probably enjoyed the entire champagne bottle. This means that during the lead-up to the 2019 election, all of the corruption around Zuma will still be the headline news. Again and again you will hear him claim that it’s “an ANC problem, not a Zuma problem”. In other words, the corrupt past of the ANC will be in the headlines just when Ramaphosa is trying to get the narrative to centre on the “better present and future” message that he will focus on.

To add to the party’s complications, it is clear that Zuma himself believes he should be a part of the ANC’s election campaign. He will want to campaign for the party. It obviously faces a significant problem in KwaZulu-Natal, because he is no longer the leader, and the support that he gained for it in that province from 2009 onwards might be difficult to hold on to. So either the national ANC freezes Zuma out and runs the risk of losing votes, or it tries to keep him inside, and runs the risk of reminding voters in urban areas why they stopped voting for the ANC.

However, there is surely one thing that can be said of all of this right now. It is that momentum, if not entirely in the ANC then certainly in most of society, has swung strongly behind Ramaphosa. Any bid, any move to put Zuma in front and centre in the ANC again will face massive internal resistance. Ramaphosa will know that he can count on that. Those who wants to support Zuma could find that it suddenly isn’t actually in their own political interests to do so. DM