Transport: Blade Nzimande’s road ahead is filled with potholes that need fixing 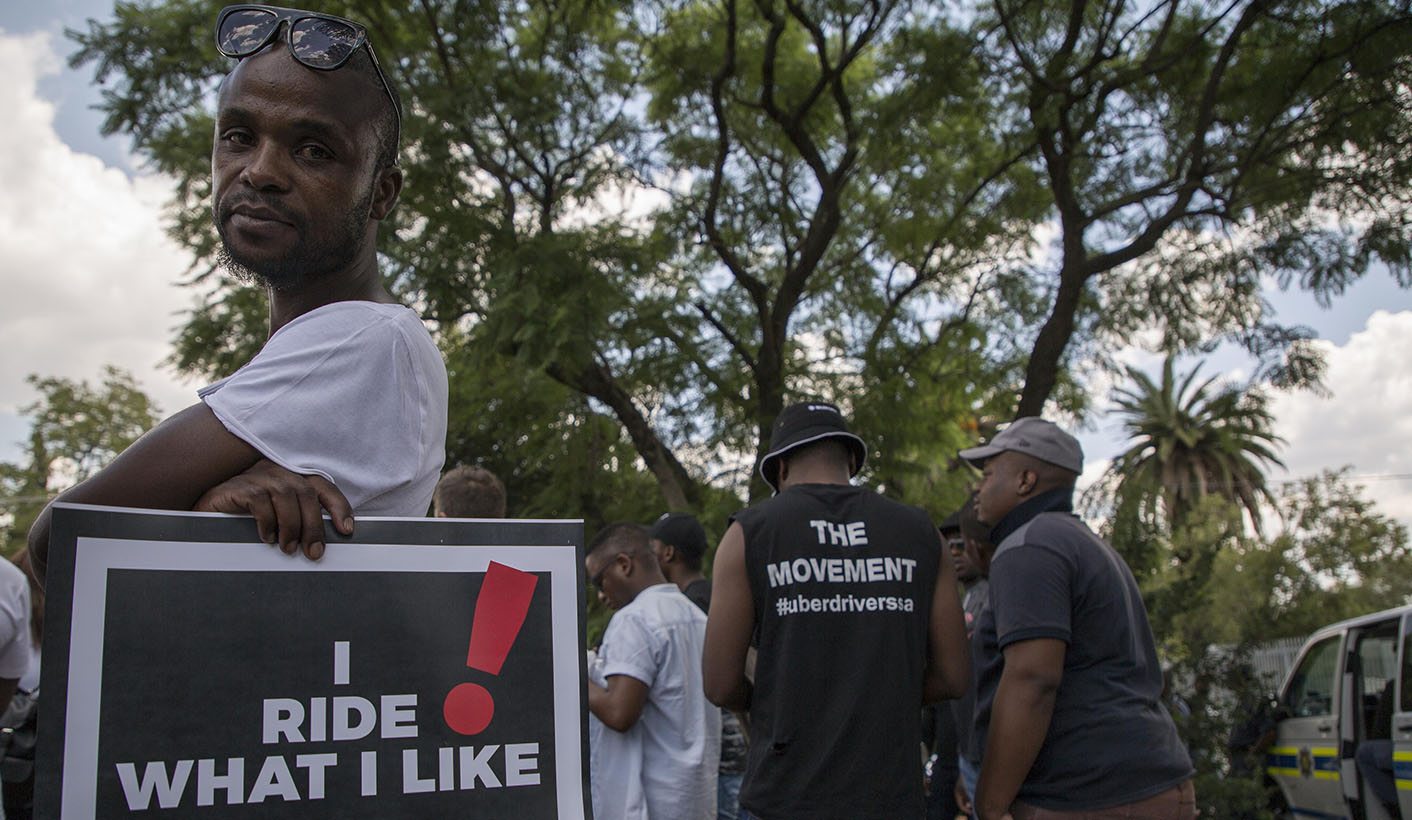 Newly appointed Transport Minister, Blade Nzimande, has a Herculean job ahead of him. BHEKI SIMELANE asked road users to give Nzimande some direction.

The news of the gruesome death of 21-year-old Siyabonga Langelihle Ngcobo, who was bundled into the boot of his car before it was set alight, has sent shock waves across the country. Ngcobo’s murder is suspected to be linked to the ongoing dispute between the metered taxi industry and e-hailing services Uber and Taxify.

Ngcobo’s death is but one example of the myriad challenges Nzimande faces in his new portfolio as Transport Minister.

“As Satawu we think the minister should bring all the stakeholders into one room as a means of resolving the stalemate and devising a way forward. This was done previously when the Bus Rapid Transit system was first introduced in the City of Johannesburg. Then Minister S’bu Ndebele brought all the stakeholders together and an amicable deal was ultimately reached. Minister Nzimande needs to do the same because currently South Africa’s public transport system is not fully developed or integrated and that explains why the app-based transport companies have found a market here.”

Satawu called on Nzimande to reconsider the proposed amendments to the Aarto Act as they “do not take into consideration conditions on the ground”.

The amendments appear to be directed at the middle class and do not contemplate how an ordinary worker in the transport industry might be affected, says Satawu, adding that many drivers have been unable to renew their Professional Driving Permits because their employers have refused to pay traffic fines that were issued as a result of the vehicle not being roadworthy.

“What will happen to this same driver if his/her licence is suspended for three months or more? How will he/she make a living?” Sabela asked.

The union further called on the minister to look into the management of the Road Traffic Infringement Agency as employees there have raised concerns about pay disparities, a lack of progression and executives awarding themselves big bonuses.

Johannesburg motorist Sam Ndobe was concerned by the “chopping, changing and swapping of ministers”.

“It affects consistency, which then hampers the delivery of proper service. I’m afraid I think he will just be like his predecessors,” Ndobe said.

Nzimande has been urged to look critically at the subsidies government gives to bus companies. Using the Division of Revenue Act, the subsidy rate is calculated per kilometre travelled, but bus companies complain that these rates are inadequate and that they have not increased since 2011.

In addition, the bus companies say the contracts government gives them are too short and do not afford them time to recoup capital costs. The contracts are as brief as six months.

Satawu expressed its frustration at the brief contracts, and said they put workers’ jobs at risk.

State-owned Entities such as Prasa needed to be overhauled.

“Prasa is currently operating with half a board and an acting group CEO. The current board has neglected to appear before the portfolio committee, there’ve been several fatal accidents and the Cape Town Central Line has been suspended, leaving thousands without a means of transport. There’s no denying Prasa needs urgent attention,” Sabela said.

Train commuter, 37-year-old Mduduzi Twala, said he did not hold out any hope that the minister would focus on Prasa.

“Look, if these guys wanted to sort out the mess that Prasa is, they would have done that a long time ago, don’t you think? They simply don’t want to because they have no interest in whoever or whatever is using the train. They simply don’t care. I commute between Vereeniging and Johannesburg and I’m always late… always,” Twala said.

Satawu pleaded with the minister to escalate the scrapping of e-tolls and explore other funding models to pay off the debt.

“We want the minister to fix Putco. Putco customer service is bad and the buses are in a bad state. We buy tickets but they expire. We have no shelter at bus stops to shield us from rain, wind and cold. We also want Rea Vaya bus stops in every area covered by the buses, including Zone 9 in Dobsonville, Soweto,” bus commuter Nkele Kekana said.

Nzimande can expect animosity from a robust minibus taxi industry that has been in turmoil for years. Taxi unions are plagued by infighting over routes, which has resulted in a number of taxi operators dying. Minibus taxi operators have also not been too keen to compete with buses who they see as a threat to their businesses.

“Taxi recapitalisation, that’s the main problem. They must bring back taxi recapitalisation. Buses should also get their own routes. The current system doesn’t work because they have made separate routes for Rea Vaya and other buses but they constantly get in our way, which causes conflict between us,” said 52-year-old taxi driver, Mandla Mtshali.

Other key issues Nzimande will have to deal with include delinquent drivers and the high death rate on the country’s roads. And to address this, the minister might have to look further than promoting safe-awareness campaigns. DM

Photo: Activists from the NGO Not In My Name were joined by hundreds of drivers from e-hailing services like Uber and Taxify as they took to the streets of Pretoria in protest on Friday 9 March 2018. Demonstrators are demanding justice and accountability for the brutal murder of 21-year-old Taxify driver Siyabonga Ngcobo. Photo: Daily Maverick.