Op-Ed: State Capture – Auditor-General’s powers should be beefed up to tackle loss of funds 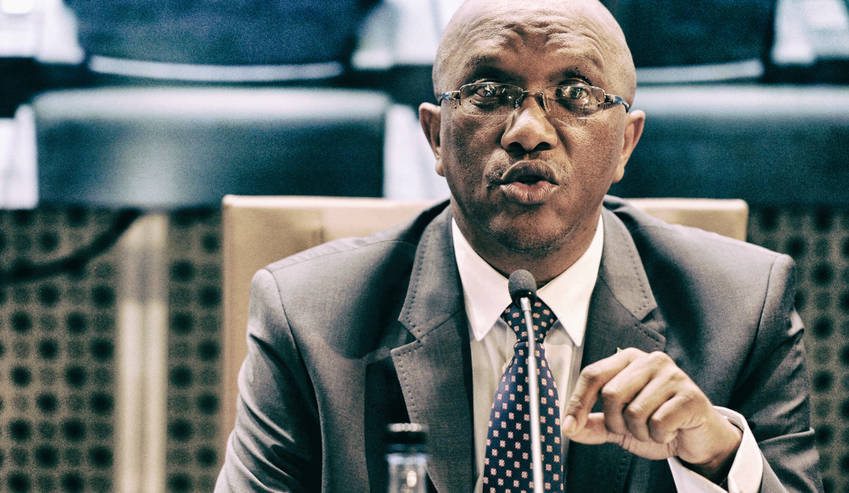 Parliament is considering amendments to legislation that will give more powers to the Auditor-General. This is to be welcomed after the Auditor-General reported more than R45-billion of state funds were irregularly spend without following correct procurement and other processes by organs of state and State-owned Enterprises (of which only five out of 19 obtained clean audits). By Mike Law for NOTES FROM THE HOUSE.

For too long, the Auditor-General has been hamstrung by the relatively insignificant powers granted to it by its governing legislation. Now, it seems, steps are being taken to grant it the muscle to do what government has for so long failed to do, which is hold to account those responsible for the financial abuse and wastage that has crippled our economy.

As government continues to drag its feet on holding those responsible to account, perhaps it’s time to turn for help to the Chapter 9 institution tasked with dealing with this very issue: the Auditor-General.

The Auditor-General could serve as one of the most important constitutional bodies in South Africa’s fight against the abuse and wastage of state resources, and current considerations in the Standing Committee on the Auditor-General (SCOAG) to give the institution “more teeth” do not come a moment too soon.

South Africa is fortunate to have a highly respected Auditor-General, Thembekile Kimi Makwetu, and his office has managed to stay largely immune from the corruption and capture that has stifled state and constitutional bodies.

The committee is considering amendments to the Public Audit Act (2004) to give more powers to the Auditor-General. This is to be welcomed after the Auditor-General reported more than R45-billion of state funds were frittered away on irregular expenditure by organs of state and State-owned Enterprises (of which only five out of 19 obtained clean audits).

While irregular expenditure does not mean no goods and services were obtained, it highlights contraventions and transgressions of legislative and regulatory provisions for fair, transparent, effective and cost-efficient procurement and contract management – and governance failures. Or as the auditor-general defines irregular expenditure, as “expenditure that was not incurred in the manner prescribed by legislation; in other words, somewhere in the process that led to the expenditure, the auditee did not comply with the applicable legislation”. An investigation should follow to determine negligence, and prospect of recovery of irregularly expended monies.

It does not have the power to act on unlawful or wasteful financial practices, and relies on Parliament and state authorities to take any necessary action.

Two problems have emerged. The first is that SCOAG suggests that there has been a culture of inaction on behalf of the relevant authorities to comply with or implement the reports of the Auditor-General.

The second is that, in the context of the web of patronage that has become commonplace in our government institutions and SoEs, a conflict of interest emerges. When Parliament is tasked with investigating and acting upon financial malpractice and illegal behaviour in public bodies, protection has often been preferred over prosecution.

SCOAG has now come to the conclusion that it is time to “give the Auditor-General more teeth”, and is has proposed the Draft Public Audit Amendment Bill of 2017. Gazetted in January this year, the Draft Amendment Bill has already been through the first stages of public comments in early March.

There are two primary mechanisms for beefing up the powers of the Auditor-General. The first is an additional power for the Auditor-General to “refer any undesirable audit outcome to an appropriate body for investigation.” Essentially, what this does is to cut out Parliament as the “middle-man”. Instead of tabling a report of unlawful or irregular activity, and hoping that Parliament acts on that report, the Auditor-General would now be able to refer such conduct directly to the relevant authority, such as the Hawks or the National Prosecuting Authority, as can be done by the Public Protector.

The second mechanism empowers the Auditor-General to recover from the accounting officer of an audited entity “losses resulting from unauthorised, irregular, fruitless and wasteful expenditure” including money improperly paid and money owed to the state.

In addition, the Draft Amendment Bill proposes the extension of the Auditor-General’s audit and investigatory powers to foreign entities that do business with bodies that are subject to the South African Auditor-General.

Last week SCOAG, chaired by the ever impressive ANC MP Vincent Smith, held a series of public consultations on the Draft Amendment Bill. Civil society appeared to be in substantial agreement with the proposed bill, pointing out that the Auditor-General’s power to uncover financial wastage was not coupled with the power to take effective remedial action. This renders the powers of the Auditor-General somewhat ineffective.

If, for example, the Auditor-General, in performing its function, suspects that a criminal offence has been committed, it should not be left to the discretion of Parliament to decide whether or not to bring such a matter to the attention of the relevant authorities.

However, at a briefing of SCOAG this week, the National Treasury raised concerns about the measures proposed. National Treasury felt that granting the Auditor-General such referral powers could compromise the independence of its office.

Treasury further feared that these amendments would create a duplication of roles, both in terms of the proposed investigatory powers as well as debt recovery, which would significantly increase expense to the state.

The National Treasury already possess the power to recover losses in terms of the Public Finance Management Act (PFMA). Granting the Auditor-General this power does amount to a duplication of roles, and could lead to confusion and the unnecessary use of state resources.

At the hearing the Auditor-General responded to the various submissions on the Draft Amendment Bill that had been presented to SCOAG. Makwetu remained in substantial agreement with the objectives of the amendments, but agreed that, in light of the submissions presented, certain aspects of the bill need to be addressed.

The Committee now accepts as “common cause” that the Auditor-General will not be responsible for the recovery of debts. Instead, the Auditor-General will issue a certificate to the debtor, and will refer the matter to the relevant body for execution. Two bodies have been proposed to carry out this “final stage” of the debt recovery procedure: the National Treasury or a private firm of attorneys. The latter is commonplace in local government debt recovery procedures.

To retain the efficiency and independence of the office of the Auditor-General, Makwetu proposed a three-stage approach in respect of the proposed referral powers. At the first stage, if an audit conducted by the Auditor-General uncovers a “material irregularity”, a “non-binding” recommendation will be issued that the audited body address that irregularity.

The second stage is what Makwetu described as a “yellow card”. If the recommendations made at the first stage have not been implemented within six months, the Auditor-General will now issue a binding order for the entity to correct the irregularity within a prescribed number of days. If this is not done, the final stage is a “red card” – the issuing of a certificate claiming the recovery of losses or referring the matter to the appropriate body for investigation.

There are two problems with this construction. The first is that if the irregularity in question is an offence, it is illogical to issue a non-binding recommendation to correct it. It should be referred to the Hawks or NPA immediately. This was acknowledged by the Auditor-General in response to a question by Smith and it was agreed that the immediate referral of suspected offences would be provided for in the revised bill.

The second issue is that there seems little point of a non-binding recommendation at the first stage if the auditee essentially has six months to ignore the recommendations until binding remedial action is issued. This will delay the procedure.

The discussions are still at their infant stage. It is likely that the Amendment Bill may need to be reconstructed and subjected again to public comment. It may also be possible that the PFMA needs to be amended to bring it in line with the proposed new powers of the Auditor-General.

But the manner and speed at which SCOAG has acted to conduct the first round of public submissions shows a commitment to passing this much-needed legislation which enhances the powers of the Auditor-General.

In March 2016, the Constitutional Court ordered that the remedial action recommended by the Public Protector with regards to the Nkandla scandal was binding. It appears that other similarly placed bodies “pricked up their ears”. If the Public Protector has such powers, then by extension the other Chapter 9 institutions should also have the same. DM

This article was edited post-publication to clarify what is meant by irregular spending.

Mike Law is a political and legal researcher specialising in parliamentary processes. He assisted the Council for the Advancement of the South African Constitution (CASAC) in its submission to SCOAG on the Draft Public Audit Amendment Bill