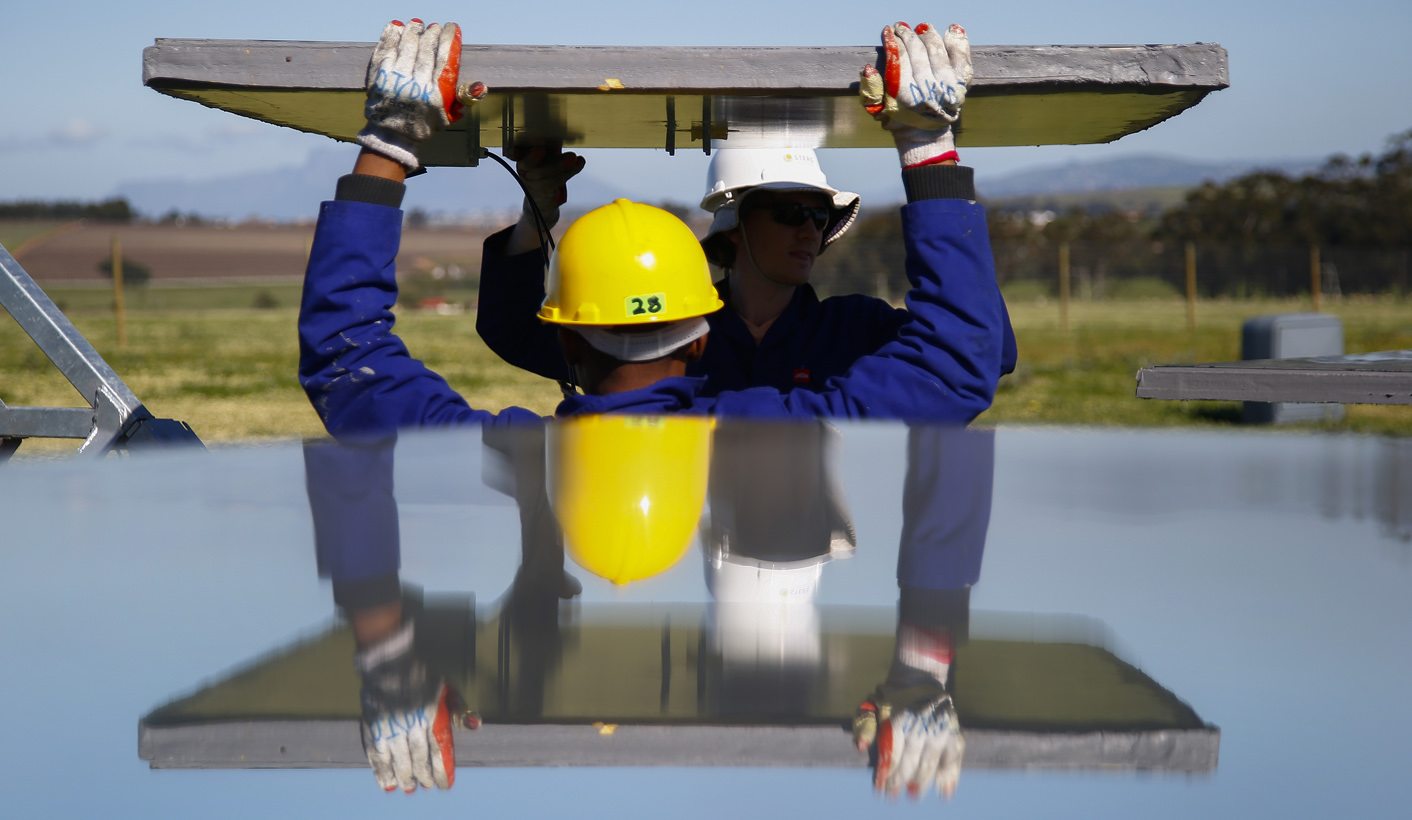 After a two-year delay, contracts with 27 independent power producers that the government has said will create 61,600 jobs and inject R56-billion into the economy were due to be signed on Tuesday. The signing was postponed at the 11th hour following a court application to be considered in two weeks’ time. By MELANIE GOSLING.

Eskom is to close several coal-fired power stations that will result in thousands of job losses, but this was in no way linked to the utility signing agreements to buy electricity from independent power producers, the Department of Energy has said.

The signing of the contracts with 27 new power producers was due to take place on Tuesday.

The department’s acting deputy director-general, Thabang Audat, who spoke to Daily Maverick after Monday’s late-night application in the Pretoria High Court that sought to prevent Eskom signing agreements with the power producers, believed there was public misunderstanding about the independent power producers’ programme. There was also misunderstanding about the process of Monday’s court application.

“First, there was no interdict granted. We received the application at 8pm on Monday and the matter was heard at 8.30pm, so there was not enough time to file responding affidavits. Some of the other respondents, the 27 independent power producers, were not served papers by the applicants. Because of this the court refused to grant an interdict, and instead postponed the matter until March 27,” Audat said.

The urgent application was brought by National Union of Metalworkers of SA (Numsa) and Transform RSA, which asked the court to prevent Eskom, the Department of Energy and the National Energy Regulator of SA (Nersa) from signing agreements with 27 private renewable energy companies to buy their electricity.

Numsa and Transform RSA argued that there was no need for extra electricity as Eskom had a surplus, and said several coal-fired power stations would have to close as a result, with 30,000 jobs lost. They also said an earlier court case, brought by the Coal Transporters’ Forum, must first be concluded. The forum, founded in 2008 by coal-trucking companies which had contracts with Eskom, is also seeking to prevent Eskom signing contracts with private renewable energy companies.

But Audat said the fact that some coal-fired power stations were to close had nothing to do with the independent power producers’ programme.

“We need to clarify this. Power stations have a lifespan. Some of them will be reaching the end of their lives and will be decommissioned because of safety issues and viability. So it is certain that a number of jobs will be lost, but the two matters are not linked,” Audat said.

These old power stations would have to close whether or not there had been a programme to buy electricity from private renewable energy companies.

Audat added that because no interdict had been granted, there was no legal reason why Eskom and the other parties could not have signed the power purchase agreements on Tuesday as planned.

“But it was decided that in the spirit of constutionalism and the rule of law, we would delay signing and let the matter proceed in court.”

Audat said that because some power plants were being decommissioned, the government had to act now to introduce new plants. The renewable energy programme was part of that.

“We also have plans for coal, gas and nuclear, but based on our current demand projections, we don’t see a need for any new base load power stations for the next three to four years. Renewable energy is not base load.”

The court challenge is the latest in a series of hold-ups that have stymied the 27 private renewable energy companies from getting their power stations up and running.

The companies, which won the right to build power stations through a government competitive bidding process, have been waiting for two years to sign the final agreements before they can begin building.

Last week new Energy Minister Jeff Radebe announced that the agreements would be signed on Tuesday – but the court application on Monday stymied clinching the final deal.

Radebe said the 27 power plants would create 61,600 jobs and inject R56-billion into the economy. DM