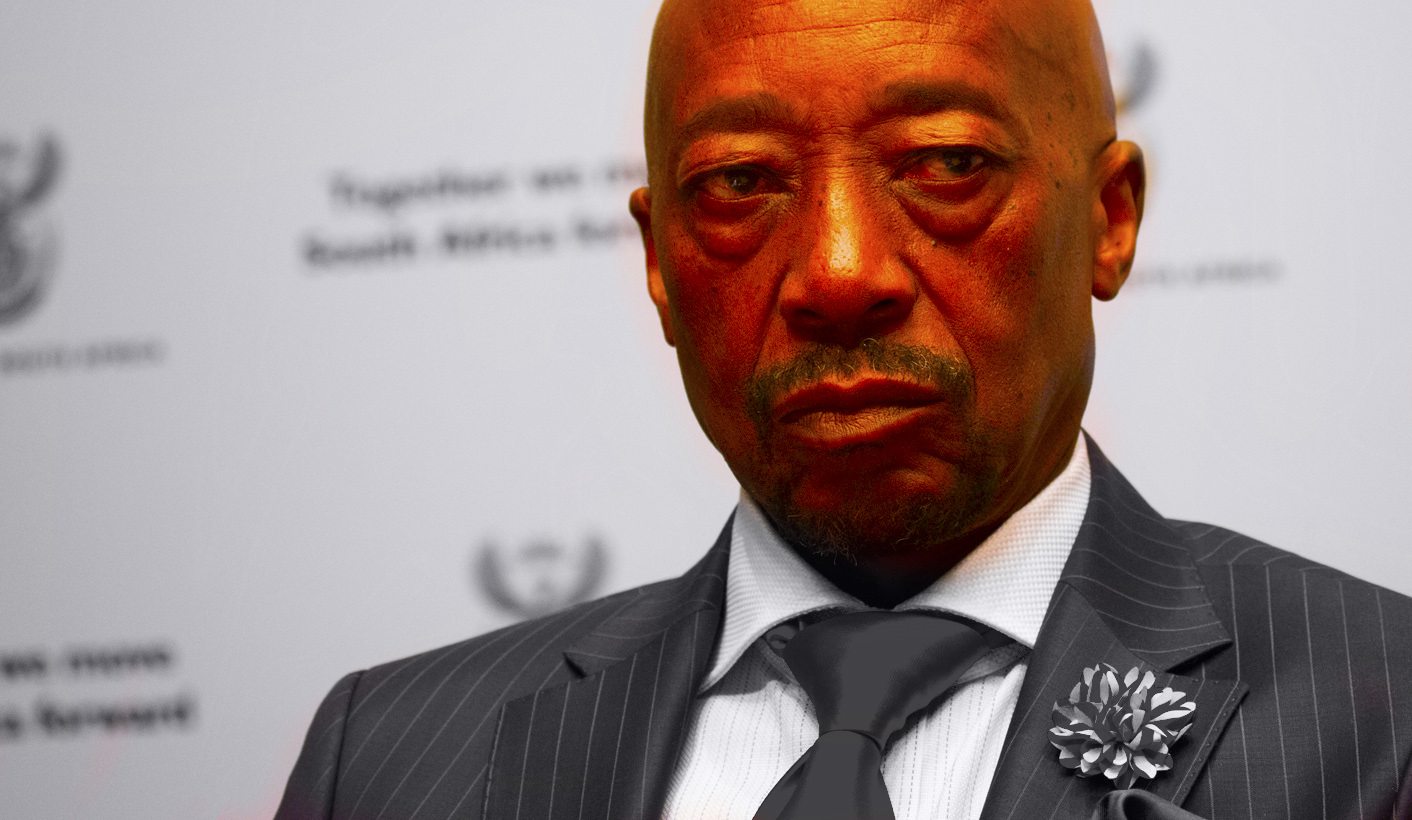 It’s “Kafkaesque” for MPs to be refused reports – already in the public domain – regarding the disciplinary acquittal of Jonas Makwakwa, the tax collector’s Business and Individual Tax Chief Officer. He returned to work on 1 November 2017, following a year on paid suspension after the watchdog of dodgy financial transactions, the Financial Intelligence Centre, raised the red flag over mysterious payments into his bank accounts. After months of playing kick for touch with Parliament’s finance committee, SARS Commissioner Tom Moyane on Tuesday was instructed to hand over those reports on Friday morning, and to answer questions next week. By MARIANNE MERTEN.

This raises serious questions about governance and accountability by the tax collector. While Makwakwa was suspended in the wake of a damning Financial Intelligence Centre alert over those mysterious ATM deposits totalling R1.7-million – it raised the spectre of tax evasion and other contraventions still under investigation by the Hawks – his disciplinary proceedings following an independent report by labour law firm Hogan Lovells focused on his duties as employee to declare conflicts of interest and properties and breaches of the conditions of suspension.

For months Moyane has consistently sidestepped MPs’ questions on this matter and taken their criticism of “fuzzy answers” and obfuscation on the nose.

He’s invoked confidentiality, proposed an indaba of senior advocates representing the tax collector, National Treasury, Financial Intelligence Centre and Parliament late last year, and made other such feigns such as arguing the Hawks investigation was a “parallel process” that had nothing to do with SARS.

On Tuesday the slugfest was set to continue. Moyane promised the finance committee a chronological rundown to dispel any lingering concerns given that “a dark cloud has been hanging over SARS”, and the often invoked 14,500 hard-working men and women, youth and people with disabilities at the tax collector.

He was interrupted. There was no need for further generalities, according to ANC and DA MPs, they were simple questions requiring a straightforward reply. Where are those reports that have been leaked?

SARS adamantly continued on its chosen path of deflection and obfuscation before its employment relations boss, Luther Lebelo, took a misstep. SARS only received the email regarding the reports on Monday, he said, and got no further.

“What about the letters I wrote last year? When are you going to stop messing us around?” interrupted finance committee chairperson Yunus Carrim.

“We have the right to this information,” maintained ANC MP Dikeledi Mahlangu, adding later: “We’ve get questions. The public we are representing, we seem we are not representing well. We can’t give them answers.”

“It’s Kafkaesque… Mr Commissioner, it’s unreal. All the reports are in the public domain.”

At several points the SARS delegation passed notes among themselves, while Lebelo and Moyane, and Moyane and Chief Officer: Legal Council Refiloe Mokoena, shared brief whispered chats. Then Moyane pulled a rabbit out of the hat: Makwakwa, in a letter dated 11 March 2018, had agreed for his tax details to be made available to the finance minister and Carrim, on certain conditions, including that MPs could only read his submission and not make copies.

This conditional offer was made “on the basis of transparency”, not on any legal basis or admission. Questioning why this offer was made at that stage, MPs roundly rejected it. Makwakwa had no say, nor could impose conditions, as the Tax Administration Act squarely allowed Moyane as SARS commissioner to release the usually confidential taxpayer information to protect SARS’s reputation.

“It’s not for the taxpayer to give permission, it’s for the commissioner to decide, there’s nothing in there about conditional disclosure,” parliamentary legal adviser Frank Jenkins told MPs.

Effectively that Makwakwa letter was another feign, although SARS put a positive spin on it later.

“The South African Revenue Service has pledged to submit the Hogan Lovells report and the Advocate Terry Motau disciplinary hearing report to the Standing Committee on Finance on Friday, 16 March 2018. This was after Mr Makwakwa wrote a letter to Commissioner (Moyane) authorising him to submit the said report,” SARS said in a subsequent media statement.

But, finally, months of shadow boxing came to an end. In no uncertain terms, Parliament’s finance committee had told Moyane that the Hogan Lovells and disciplinary reports must be with MPs by 10:00 on Friday, and the stony-faced tax boss would again appear before them on Tuesday afternoon, the busy period towards the end of the tax year ending on 31 March notwithstanding.

Finish and klaar, but for a word of thanks to the media, specifically Daily Maverick, for making the committee’s work easier.

Up Parliament Avenue, the MPs of the public enterprises committee inquiry into Eskom State Capture also ran out of patience. Tuesday was meant to be a marathon last day – the pressures of passing the Budget loom large – but former SAA board chairperson Dudu Myeni, Duduzane Zuma and the Gupta brothers snubbed MPs. They will now receive official subpoenas, the committee confirmed in a statement.

Myeni, like last week, claimed she was simply too ill to attend, according to a letter sent to the inquiry and seen by Daily Maverick, in which she also argued that MPs were “insensitive to my rights as a citizen in terms of being afforded an opportunity to recover in dignity”. Of course, City Press spotted Myeni enjoying a late-night drink just the other day, after having claimed illness prevented her attendance at the inquiry last week.

The Gupta brothers also fobbed off the inquiry, in a letter sent by their lawyers. The brothers were out of the country on business, the lawyer’s letter seen by Daily Maverick stated.

But there were other issues, aside from the Hawks’ warrants of arrest for the Gupta brothers.

“The proceedings (of the inquiry) are to a large extent an exercise in political showboating by parliamentarians intent either on making political speeches, insulting witnesses or otherwise questioning witnesses in a manner which is not conducive to the resolution of identified or identifiable issues.”

The less said about Home Affairs Minister Malusi Gigaba’s around seven-hour testimony before the inquiry regarding his stint as public enterprise minister between November 2010 and May 2014, the better.

He knew nothing, did nothing wrong, could not have foreseen that some of the appointments to State-owned Entities’ boards would later be implicated in State Capture and could not involve himself in tender or operational matters as this was outside the ministerial remit.

Questions as to whether as political head the buck did not stop with him were deflected with references to government’s intention to regulate SoE governance with the Shareholder Management Bill, to drop in Parliament “later this year”.

Coincidentally, this draft law was first mentioned in July 2017 when then finance minister Gigaba released his 14-Point Plan to restore confidence. According to the official statement, the Shareholder Management Bill was meant to be tabled in Parliament in March 2018.

It got personal at times. Tempers frayed ever so politely at times. But perhaps the most telling bit was that, before Gigaba’s final version was presented on Tuesday, MPs had received a late-Monday-night document headed “Draft 21”. DM