GroundUp: How Cape Town more than halved its water usage 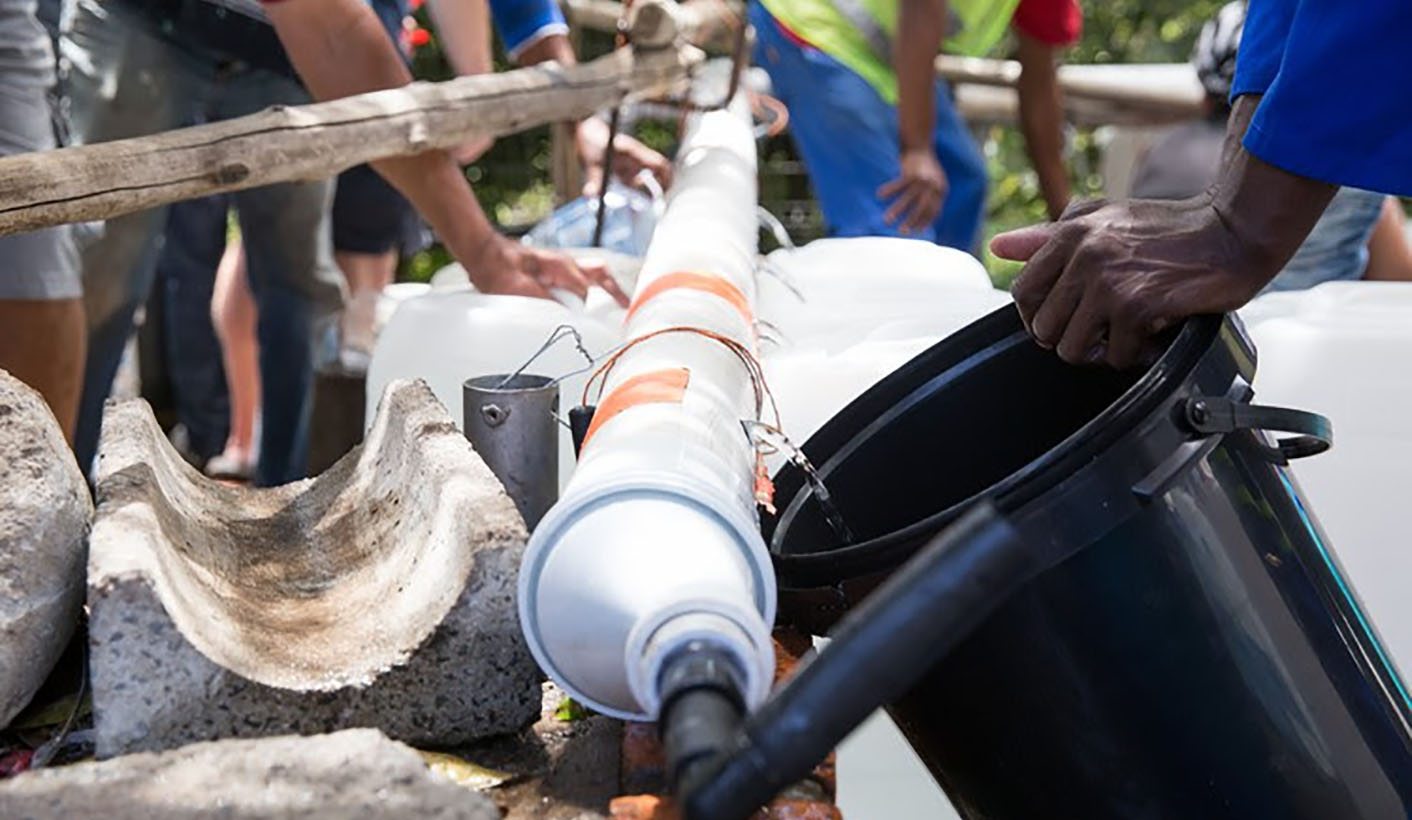 Water consumption has dropped dramatically, but there is still more to be done. By Aidan Jones for GROUNDUP.

This significant and impressive decrease owes itself largely to the city’s water demand management strategies and the collective will of Capetonians. However, it is still 61MLD above the city’s revised target of 450MLD, and there remain problems to consider.

In a recent article, GroundUp pointed out that reducing the amount of water Cape Town uses is even more important and affordable than increasing the water supply.

According to the Cape Town Water Outlook 2018 report, 70% of water usage in the city is residential. This is why water demand management strategies implemented by the municipality have focussed on households.

Cape Town has had level 6B water restrictions since 1 February 2018. The goal of this is to get the city’s consumption down to 450MLD. These restrictions have come with penalties for those households using more that 6,000 litres per month.

The updated Water Outlook 2018 report says that tariffs have been introduced to make higher water usage more expensive. It goes on to state that “water is still cheap compared to other goods and services”.

The report also said that “level 5, 6 and 7 restriction tariffs have been approved by council”.

The city’s data suggests that these restrictions are working. Although wealthier households have been the highest users, the data shows that the number of these households using over 20,000 litres per month dropped from 100,000 in December 2016, to just over 20,000 households a year later.

According to the municipality, pressure reduction was started more than a decade ago to reduce water demand and decrease the impact of leaks. The municipality has divided the city into pressure zones so that different pressures can be applied to different areas.

“Pressure reductions have made a huge difference,” said Armitage. “The drop-off of per capita water use between 1999 and 2015 was because of the work the city did. Since then the city has managed to drop water use even further – thereby staving off Day Zero.”

This graph shows a drop in water demand (represented as water treated) between 1999 and 2015, despite the continued growth of the population of the city of Cape Town. Water use in 2017 is estimated to be at a level last seen in the 1990s, when Cape Town’s population was about 2.5 million people (it is now about 4 million). According to Professor Neil Armitage, this reduction is largely a result of the water pressure reductions implemented by the municipality. Source: city of Cape Town via a UCT academic’s presentation.

Since 2007 the city has been installing water management devices to “manage debt” and restrict water consumption.

Xanthea Limberg said on Cape Talk Radio on 9 March 2018 that the city is installing 8,000 units per month and has installed a total of about 250,000 units to date.

According to the municipality’s 2016 community survey there are 1.26-million households in Cape Town. This means that one in five households have these devices installed.

However, according the city’s data, 64% of these devices have been installed in indigent areas, even though wealthier areas have been shown to be much higher users of water.

This graph compares water usage in Rondebosch, a relatively wealthy area, and Langa, a working class area. Water usage in Rondebosch in 2015 was higher than Langa, especially in summer months, probably due to watering of gardens and filling of pools. Since then water usage has dropped dramatically across the city. Source: City of Cape Town via a UCT academic’s presentation.

Going forward, the city said that during level 6B water restrictions, the water management devices “will only be fitted above (10,500 litres per month) targeting highest users”.

Taryn Pereira, one of the authors of the report and a senior researcher at EMG said: “Using water management devices to restrict households to their daily drought allocation of 50-litres per person per day, in cases where households have continued to have high consumption despite the severity of the drought, is something we support.”

“We do not support the installation of water management devices as part of a debt management campaign, which is how they have been used since 2007,” said Pereira.

The city said it has made this information available to encourage “households to stay within usage limits”.

There has been great progress reducing water demand and decreasing consumption. But will it be sustained? Most Capetonians in formal houses have gone to great effort to reduce their consumption. Many have seen it even as a challenge to see how little water they can use. But it is possible that people may become tired of, for example, finding innovative ways to flush their toilets without municipal water. The good news is that there’s no sign yet of such fatigue. Water consumption has been consistently low through February and the first half of March. DM

Photo: Some Capetonians have used spring water to reduce the amount of municipal water they use in their houses. Photo: Ashraf Hendricks