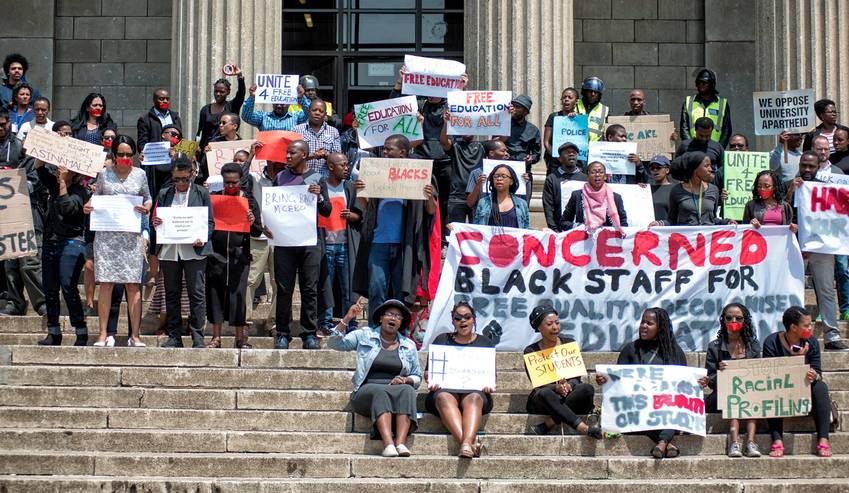 Let us examine the assertion by Adam Habib that actions by unions effectively amount to an assault on the very soul of Wits University.

We agree that the competing demands for limited resources are a key challenge facing the higher education sector. However, the statement that internal role players are impervious to the realities of managing complex higher education institutions in the current global economy is insulting and denigrating to the very individuals on whom the university community relies to deliver on its mandate.

Asawu is on record as condemning any and all acts of violence, intimidation and damage to property, and has distanced itself from any industrial action involving these actions. However, we also condemn acts of intolerance and provocation that occurred during this time, and about which management has been conspicuously silent.

Contrary to Habib’s assertion, all union leaders are acutely aware of competing demands on the university’s limited resources. Asawu regards it as far more worrying that management has failed to recognise that the morale, motivation and loyalty of its employees is being destroyed by their intransigence and insensitivity.

Asawu’s dispute with management centred not on the percentage increase, but on management’s demand that academics accept inappropriate and punitive management practices, some of which contravene university policy.

Asawu advocates the adoption of substantive measures to improve performance and productivity that are aligned with strategic imperatives and address deficiencies and shortcomings where they exist.

It is disingenuous of Habib to cite the benchmarking of salaries of Wits employees against the rest of the sector because 80% of academics’ salaries fall below the benchmarked salary midpoints.

The need to balance remuneration of employees against the need for investment in academic programmes, equipment, infrastructure and maintenance is obvious.

However, the crux of the matter is the prioritisation of employees versus other assets. The unions have yet to receive an explanation for why the increase in expenditure on academic programmes, equipment, infrastructure and maintenance exceeds the increase in salaries, which has unambiguous implications.

Asawu agrees that a multi-year salary agreement is desirable, and we hope that implementation of a new fees paradigm will bring greater stability and predictability. It is profoundly ironic that Habib highlights that universities should not be treated like an industrial workplace, while the trend to corporatise university campuses is well documented, and Wits is no exception.

Habib calls on all stakeholders to work together with integrity, yet there is clear evidence of his own negotiating team not following this call. The solution to the challenges to the tertiary education sector, and Wits in particular, is for management to work collegially and collaboratively with unions, rather than to use a public platform to cultivate an emotional anti-union narrative. DM