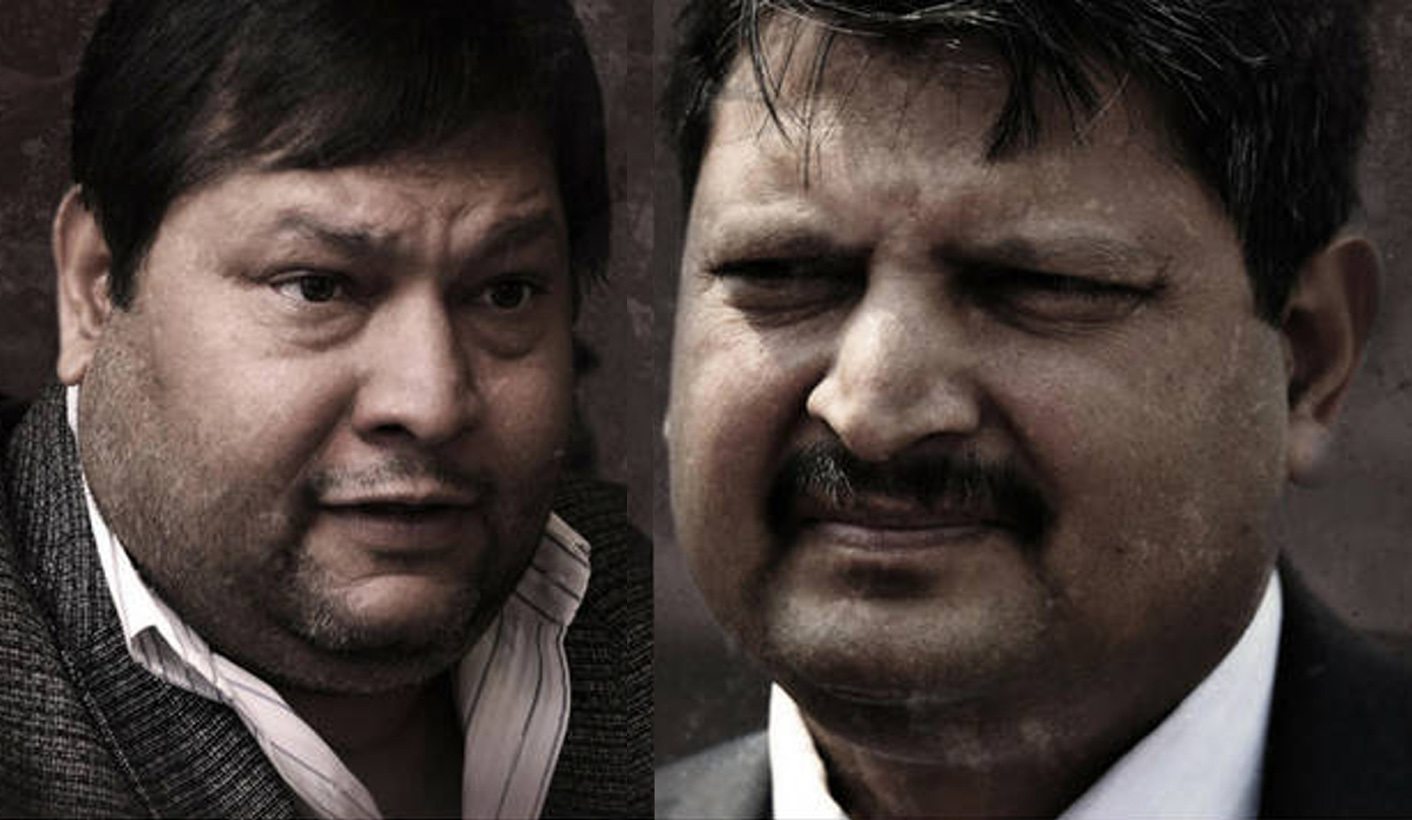 Dial one of Ajay Gupta’s numbers and all you get, for days on end, is: “You have reached the mailbox of...”. This seems to be a conundrum not only facing the Hawks who are looking for the fugitive but apparently one also faced by Optimum Coal Mine boss George van der Merwe, who urgently needs to raise a Gupta, any one of them, so he can sort out a crisis at the mine. By JESSICA BEZUIDENHOUT for SCORPIO.

On Thursday Optimum Coal Mine CEO George van der Merwe is scheduled to face hundreds of mineworkers who downed tools earlier over concerns about the future of the mine.

Employees are worried about the planned sale of Tegeta Exploration and Resources, the company that owns the mine, unpaid bills, retrenchments at Koornfontein and a fresh non-compliance notice for failing to perform fully on its social and labour commitments, something that could shut them down unless resolved.

On the face of it, Van der Merwe doesn’t seem to have much of a choice: He needs staff back at the coal face – not only to ensure Optimum fulfils its obligations to Eskom as a key customer, but presumably also to generate desperately needed cash for the Gupta network of companies.

Daily Maverick has been told that he was unable to meet mineworkers on Wednesday. A general manager told union representatives during a meeting that Van der Merwe was “tied up” with resolving Optimum’s cash flow problems as well as matters relating to the payment of salaries, ostensibly because, “Bank of Baroda was leaving South Africa”.

Baroda, the last bank that is still operating Gupta accounts, has announced its exit from SA on the back of a High Court challenge by the Guptas to compel the tiny bank to retain them as a customer.

One insider, with intimate knowledge of the situation, said Van der Merwe was seemingly unable to meet with staff as he had been unable to raise the Guptas on the telephone for the better part of Wednesday as he sought to resolve the money crisis.

Several attempts to obtain comment from Van der Merwe about claims that he had been unable to reach members of the Gupta family were unsuccessful.

For now, Van der Merwe has a major cash problem at Optimum and indications are that he is considering a few urgent options. One of those would be to move export coal at upfront-payment, but as Daily Maverick reported earlier this week, buyers are too jittery for such deals with the Guptas at the moment.

“I think George (Van der Merwe) reckons a deal like that would help him to pay bills, settle down the workers. He needs them back at work and then he can produce the coal needed for a deal like that anyway.”

An alternative would be to lease part of Optimum’s five to six-billion-ton-a-year port slots at the Richards Bay Coal Terminal.

But it seems potential takers are nervous about signing a lease with the Gupta company out of fear that the asset may become entangled in the ongoing criminal investigation emanating from the State Capture scandal.

The Guptas’ acquisition of Optimum is believed to form part of a criminal investigation by the Hawks.

Potential takers for those export slots are seemingly nervous now that the police have obtained a warrant for the arrest of Ajay Gupta.

“They are concerned that they might sign a lease only to have the asset frozen by the AFU,” said a coal trader familiar with the plight of the Guptas.

Mining ground to a halt at Optimum on Tuesday when staff suspended operations, saying they would only return to work when they are provided with a detailed explanation about what is going at Optimum. They insisted on being addressed by Van der Merwe but were told he would meet them on Thursday.

Union representatives said they seek details of the purported sale of Tegeta to Charles King, a Swiss-based outfit previously listed as a fashion retailer which the Guptas had identified as a buyer for Tegeta last August.

The Guptas have not initiated any regulatory processes, nor have they formally communicated with Eskom about the sale.

While the Department of Mineral Resources, which would handle a Section 11 application for the transfer of mining rights, confirmed to Daily Maverick that it has not had any from Tegeta, employees at Optimum say they were told that Charles King SA has “already paid a deposit” towards the purchase.

“We were told they will be on site to do a due diligence shortly,” said one of the employees who attended the meeting.

Eskom said it has not been informed of the sale but was monitoring the labour situation at the mine in view of Optimum’s obligations to the power utility.

Eskom has been in talks with Optimum for several months over its failure to deliver the required coal volumes as per their contract.

“They presented a recovery plan and they have been trying to close the gap,” said spokesman Khulu Phasiwe.

The Guptas snatched Optimum from global commodities giant Glencore at the end of 2015 through nifty moves by Eskom executives and mining minister Mosebenzi Zwane. Combined with their 7% stake in the Richards Bay Coal Terminal, it is valued at just under R5-billion and is the proverbial gold mine, the prized asset in their stable.

The crisis at Optimum is the latest to beset the Guptas over the past two weeks. They are currently battling two crippling preservation orders obtained by the prosecuting authority’s Asset Forfeiture Unit in respect of the Estina dairy scandal and the misappropriation of R220-million of state funds meant to benefit poor black farmers. The state alleges that large portions of that cash had found its way into the bank accounts of some Gupta companies.

They have denied any wrongdoing and are challenging the NPA.

Meanwhile, now that Ajay Gupta is officially a fugitive, it is unclear whether he would attend the parliamentary enquiry into Eskom on March 6. His lawyers had, on November 15, written to Parliament requesting that he be invited to attend the hearing, also asking that he be given 10 days’ notice as well as a detailed set of questions beforehand.

Multiple attempts to reach his attorney in this matter were unsuccessful but chairwoman of the portfolio committee, Daphne Rantho, told Daily Maverick that the invitation was on its way.

The Guptas are battling major cash flow problems at the moment with some family members and 20 of their companies caught up in various costly legal battles.

Now primarily based between India and Dubai, South Africa appears to still be where much of their money’s at, so perhaps the Gupta patriarch will start taking calls again, or better yet, return “home” to try to clear his name. DM