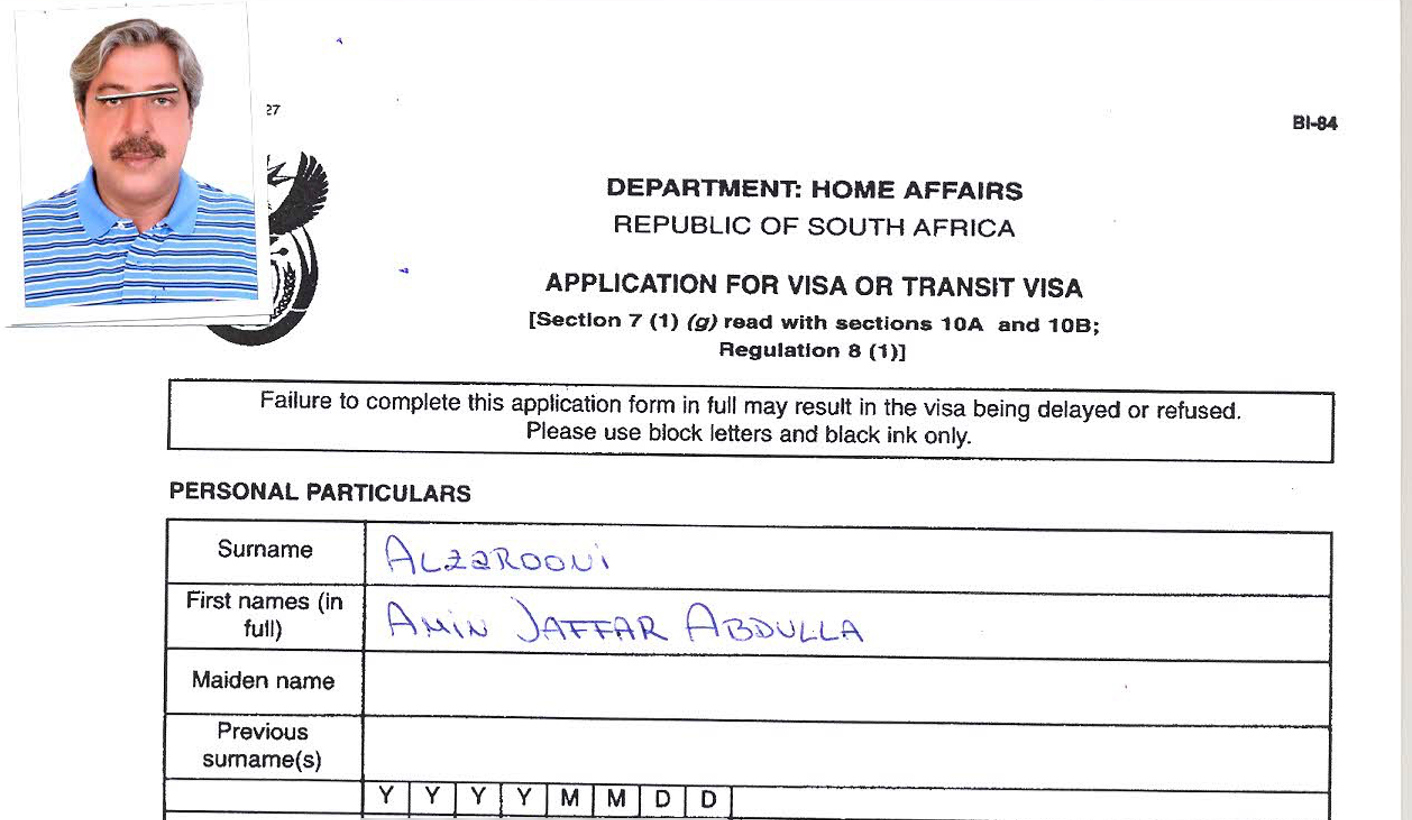 In an apparent fire sale of South African assets, the Guptas first saddled up Mzwanele Manyi with their media interests; now they are pawning off their coal mines to a hitherto unknown Swiss vehicle. By AMABHUNGANE and SCORPIO.

The Guptas have sold their coal assets in Tegeta Exploration and Resources to a Swiss shell company “owned” by a man who, the #GuptaLeaks show, has hidden their interests before. Is he fronting for someone once again, or is he a bona fide commodities mogul with R2.97-billion to burn and a bullish view on South African mines?

This week, the Guptas announced that they were selling their shares in newspaper The New Age and TV station ANN7.

The family’s businesses have come under much pressure as evidence of corruption and money laundering has mounted. In response, several banks have closed their accounts, apparently making it hard for them to do business.

Their South African empire is under threat.

Ownership changes – real or not – might remove Gupta company names from a banking blacklist.

The buyer of Tegeta’s coal assets is the Swiss company, Charles King SA. It appears simply to be a corporate vehicle for the transaction. Its purported owner is one Amin Al Zarooni, according to the Guptas’ Oakbay Investments.

However, we can reveal that Al Zarooni previously served as an apparent Gupta front when the family set up a corporate structure in Dubai for Kamal Gupta, Ajay Gupta’s son.

The structure seemed designed to hide the Gupta family’s ownership.

Included in the #GuptaLeaks emails is correspondence between Ronica Ragavan, now the Oakbay acting chief executive; advisers from the Guptas’ former accounting firm KPMG, and a Dubai law firm, King & Spalding. They discussed setting up a “mudaraba” for Kamal, as well as for Varun Gupta, Ajay’s nephew.

In Islamic finance, a mudaraba is a type of contract between an investor and an entrepreneur.

The emails were exchanged at the beginning of July 2015. In them, a King & Spalding lawyer explained that an Emirati shareholder would hold a nominal 51% in the companies, but that the Gupta family’s nominees “will have a share charge and call option over the Emirati shareholder’s shares”.

In terms of United Arab Emirates (UAE) law, a local national, called a sponsor, must hold a 51% share in a local company. A sponsor must be paid a yearly fee which can be negotiated, but the benefit of the share-ownership can be clawed back via a side agreement whereby profit and losses can be shared at a ratio different from the share capital.

In an email, the head of KPMG’s tax and legal advisory practice, Muhammed Saloojee, considered whether the Gupta nominees were entitled “to take 99% of all dividends and profits”.

They noted, “Kamal/Varun will have a separate arrangement with Soo Young Jeon/Aashika Singh”, apparently meaning that dividends and profits would to be passed on to them.

Jeon is a former associate of Tony Gupta. She left South Africa to help set up the Guptas’ operation in Dubai.

Singh is an Indian national who was employed by Guptas’ group of South African companies.

The emails suggested that the Dubai structures were designed to create a disconnect between the nominal shareholders and the beneficial owners – Kamal and Varun appear nowhere and the entities avoid South African tax because Jeon and Singh are not South African tax residents.

The emails explained how two special purpose companies would be established in the Dubai International Financial Centre, a financial free zone. These would be used to channel foreign funds to another business in Dubai.

Six weeks after these exchanges, two companies were set up in the free zone.

The first, Special Purpose Company number 1935, was registered as SKG Holdings, with Jeon as a director, together with two place-holder directors from Intertrust, a Dubai company that provides corporate services.

The sole shareholder of SKG Holdings is reflected as Amin Jaffar Abdulla Al Zarooni, the man who has just bought Tegeta.

The second company that seems to have been set up pursuant to the advice of KPMG, number 1936, was registered as Sinkam Investments, with Aashika Singh and the same Intertrust employees as directors.

In the case of Sinkam, the UAE shareholder was named as Obaid Saeed Obaid Bin Essa Almheiri.

The #GuptaLeaks emails show that both Al Zarooni and Almheiri visited South Africa as the guests of the Guptas in October 2015. They both gave their employer as Millennium Real Estate Registration.

At that time, Optimum was owned by Glencore. But, facing pressure from Eskom and loss-making coal contracts, the mine was in business rescue – and the Guptas were preparing to buy it.

Al Zarooni and Almheiri were part of a small delegation that included the former director of defence for the UAE, Major-General Atiq Juma Ali bin Darwish. They were said to be travelling to South Africa “at the invitation of our business associate, Sahara computers… to explore investment opportunities in the mining sector”.

A Sahara visa application on their behalf requested the South African high commission in Dubai to grant them multiple entry visas, seeing as they would be conducting follow-up visits “every alternate week”.

Sahara assumed responsibility for their lodging and local travel.

Attempts to contact Al Zarooni and Almheiri in Dubai were unsuccessful.

KPMG told us that the company “states categorically that we did not provide advice to evade tax. At all times advice was provided within the parameters of the law”.


In a follow-up statement, Oakbay said Al Zarooni was “a leading businessman in the UAE and a highly respected and active participant in global private equity markets” and “involved with various commodity businesses around the world”.

It has been argued that Manyi overpaid massively for the Gupta media assets when he purchased ANN7 and The New Age for R450-million – funded with a loan from the Guptas.

Al Zarooni might be getting a very good price at just under R3-billion – as long as Eskom maintains the same sweetheart relationship afforded to the Guptas.

Tegeta has sold its interests in Optimum Coal Mine, Koornfontein Mines and Optimum Coal Terminal. It paid R2.15-billion for these in December 2015, after Optimum, then owned by Glencore, had been forced into business rescue.

It was widely rumoured that they immediately started trying to unload the assets.

In August 2016 Vitol announced that it would buy a portion of the assets: the Optimum Coal Terminal’s Richards Bay allocation. Vitol never confirmed a price but the price floated was $250-million (R3.3-billion).

In August, Tegeta also secured a new R7-billion coal contract between Koornfontein and Eskom. The rumoured selling price for Koornfontein was R1-billion after this contract was put in place.

At the same time, Tegeta negotiated down a R2-billion penalty that Eskom had imposed on Glencore’s Optimum to just R500-million, hugely boosting the value of the mine.

Charles King’s new entity is most likely to be one of the short-listed bidders for a lucrative new contract for Eskom’s Hendrina power station post-2018 and is an obvious candidate to supply Arnot power station, which desperately needs a supplier.

In other words, Tegeta and Eskom have added significant value to the business, yet they are selling it for not much more than what they paid.

On the other hand, with so much public and regulatory scrutiny, these coal contracts might be under threat, which could change the equation significantly.

Oakbay has said the new buyer has committed to including a 30% black partner, but confirmed in an email that they haven’t selected a partner yet. DM